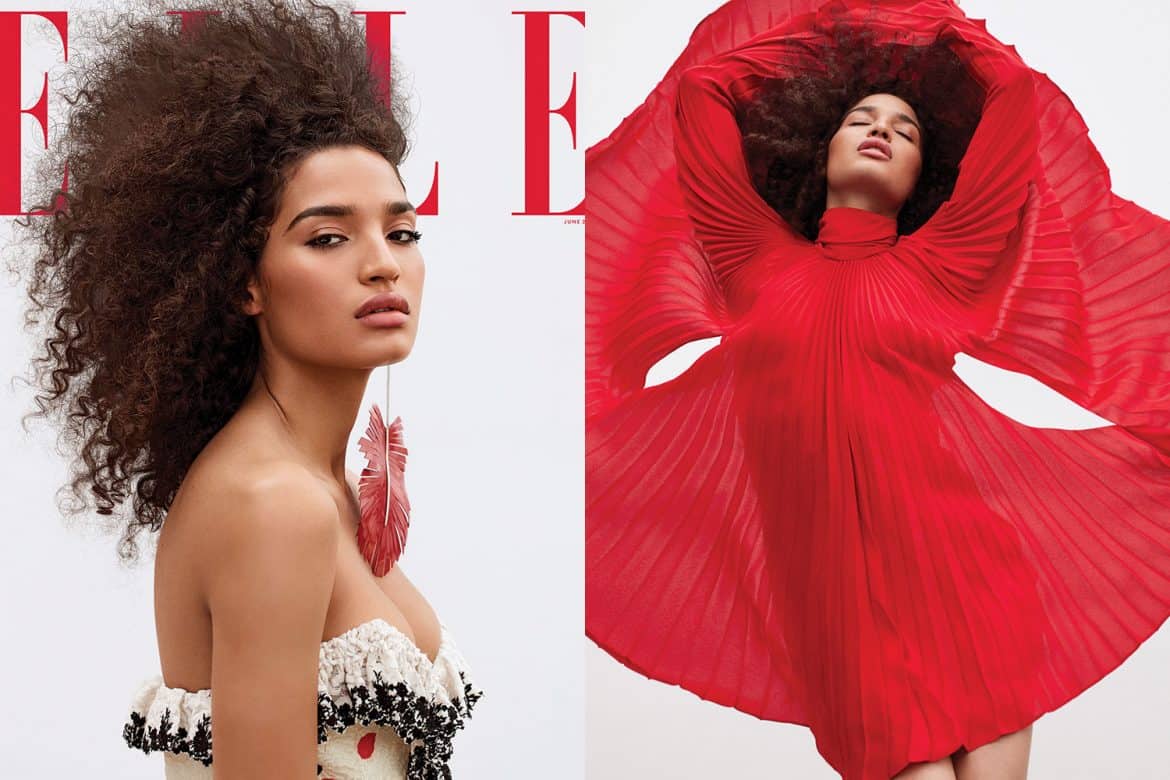 Pose star Indya Moore made history this year when they were the first trans person on the cover of Elle. The 24-year-old has already caught the fashion industry’s attention as the new face of Louis Vuitton, and audiences have fallen in love with Moore as Angel on the hit FX show. The Daily caught up with the rising star to talk about the historic cover, and how they want the world to look at trans people in the future.

What was your reaction when you heard you’d booked a cover for Elle, and how did you find out?
I kind of gagged! I was really surprised! My agent called to tell me. I was really tripped out and excited. I didn’t believe that it would happen. Elle is a pretty major fashion magazine, so I never thought or expected that anybody would find relevance in putting my face on the cover so soon. I’m trans and everyone [second-guesses] featuring trans people anywhere, so it meant a lot to me. I am really grateful to Nina [Garcia].

What was the concept for the shoot?
I thought about my other shoots—what worked and what didn’t. I told [photographer] Zoey [Grossman] my prime lighting is a warmer light, in a natural light spectrum. She said, “Great! We’ll shoot on the roof!” Zoey did an incredible job in making me feel beautiful. 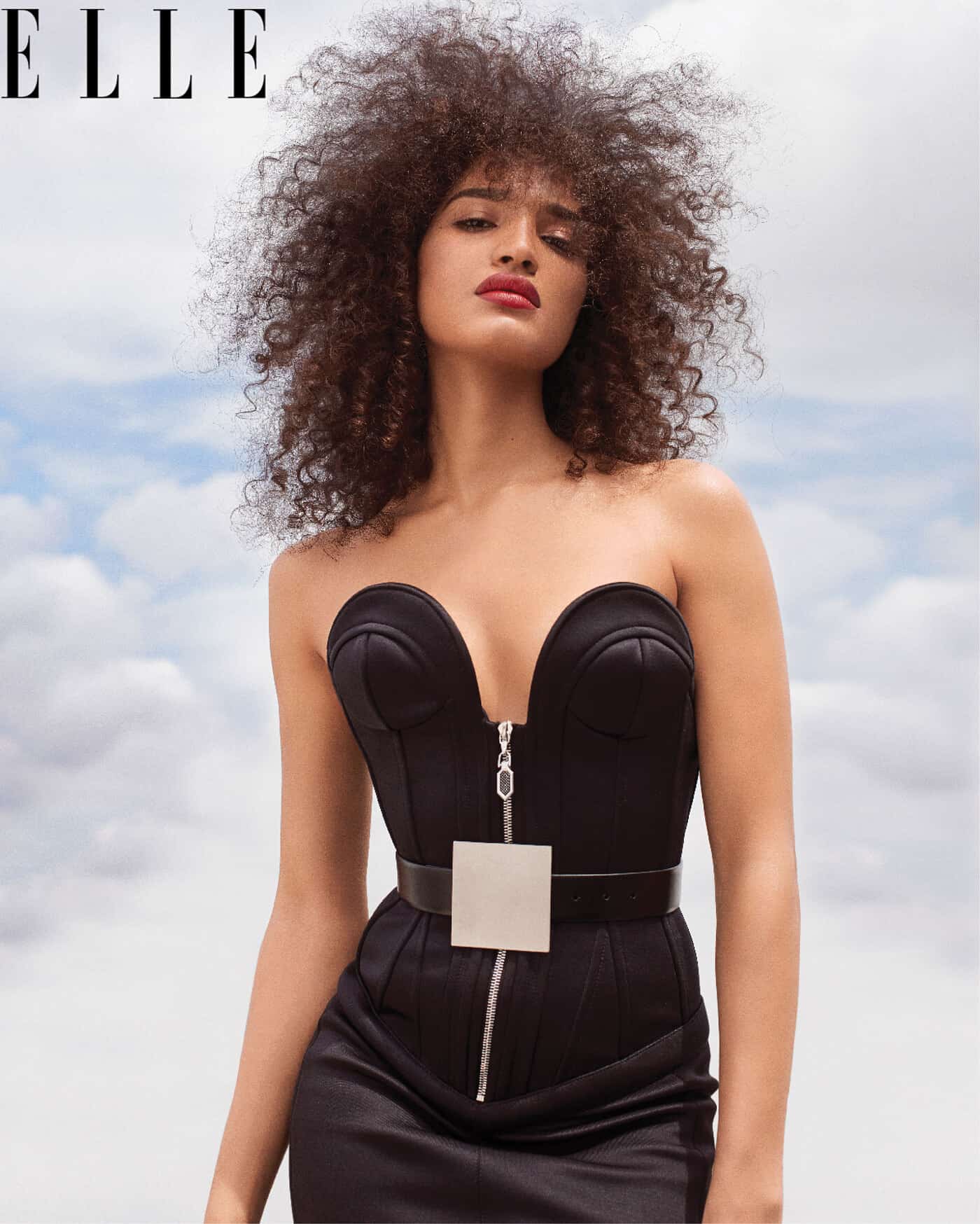 You made history being on that cover!
I was nervous to read the feature at first, because I knew how vulnerable I was. So much of my story is chaotic. I spoke extensively to the writer [Jada Yuan] about my life. I was nervous that my story would be focused on the past, and I wanted it to be shared when I didn’t have some experiences that were so dark to talk about. I was excited about booking the cover, but also, there is no honor in being first—I think deeply about why it took so long. Why was I chosen? Why is there so much celebration about me being the first of so many things? In a way, it makes me feel like it won’t happen again; like this is a rare thing. I don’t want it to be a rare thing.

What made you decide to finally read the article?
I asked my professional team how they felt about it. They were really adamant that I should read it, and I saw how many people were inspired by my story, which made me want to read it, too. All too often, trans stories are centered in violence, chaos, and despair, especially when we were younger. I want to inspire mothers, fathers, and siblings to take care of their trans family, to love and support them. I also wanted to inspire trans people to see more for themselves and to stay strong and committed to defeating everything the world around us throws at us.

How do you want to use your voice?
Right now, they are literally debating in the Supreme Court whether trans people are federally protected under gender- and sex-discrimination laws. They’re arguing whether trans people can be fired under the Religious Freedom [Restoration] Act. I need people to show up in ways that actually protect us. Our lives are at the mercy of the world around us. 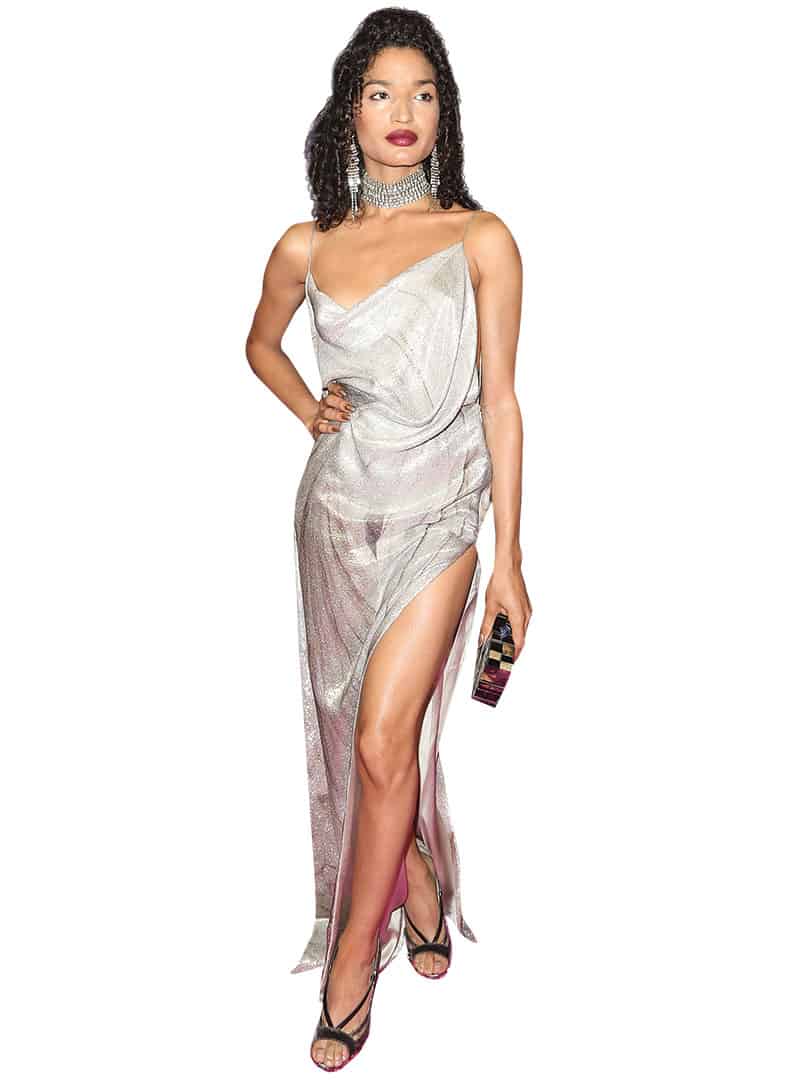 It’s a scary time.
I also want to honor those who don’t have the privilege to be on a TV show, and can’t be on the cover of Elle. If I’m stressed out about whether or not I’m going to have rights tomorrow, if I can legally be fired by a job or network because I’m trans…many trans people can’t get jobs because they don’t have access to resources. I was just on Good Morning America; they asked about the family on Pose and how much we carry it into our personal lives. Of course we love and support one another, but we’re a marginalized group facing a lot of violence, harm, and scary statistics.

How can those outside the trans community help?
Hold people accountable for having harmful views. A lot of times, doing panels, I’m speaking to queer and trans people, and I feel like I’m just preaching to the choir. There’s nothing I’m saying that queer and trans people don’t agree with or haven’t already tried. The audience I want to target is hetero parents who don’t want their kids to be in proximity to queerness or transness, or even queer or trans content, because they’re afraid their kids will be queer or trans. Your kids are going to be queer, trans, or gay no matter what. The existence of trans people is harmless and natural. Trans and queer people have always existed. More people need to [investigate] why people want to cause harm or block people from expressing themselves. People need to educate themselves on the history of trans people—not just modern history, but 30, 40, 50 years back. What did indigenous societies look like that honored more than one identity? And I want people to be more politically active when it’s time to vote. When people vote for certain candidates, they should make more informed decisions.

What are some other issues we need to know about?
My friend was my house sister. She was in jail for mad long and nobody knew she was on a $400 bail. It was a petty offense. The [prison] doctor cleared her to be placed in solitary confinement, knowing she had epilepsy, knowing she had preexisting conditions that make it dangerous for someone like her to be in solitary. They kept her there anyway. Right now, there’s a crisis around black trans people in jail. They’re undervalued by correctional officers and other inmates inflict sexual and physical violence [upon them]. Trans people are often jailed for walking while trans. They are incarcerated for sex work, regardless of if they’re even sex working. I’m working with National Bail Out, which raises money to bail people out of the trans jail system and help them get resources, shelter, and jobs and stay out of jail. A trans person was just bailed out for $40,000, after three years in jail without a conviction.

Pose is so good. What has that experience been like?
It’s really affirming. Before acting I wanted to be a healer, and go to school for nutrition. Acting seemed like an unrealistic occupation for me. I didn’t think there would be a way in, and celebrity can be dehumanizing in many ways. But depending on how you manage and utilize it, it can be good. I thought I could be a healer through being a performer, using my experiences bringing life to characters that make people feel. People can connect and befriend the kinds of people they’ve never met before, like Angel. It’s important for media to exist responsibly; being a part of a show like Pose affirms all those values. Pose is reaffirming that trans people deserve to be loved in safe relationships. They deserve families. They deserve communities.

Inside the First Annual Coterie Awards