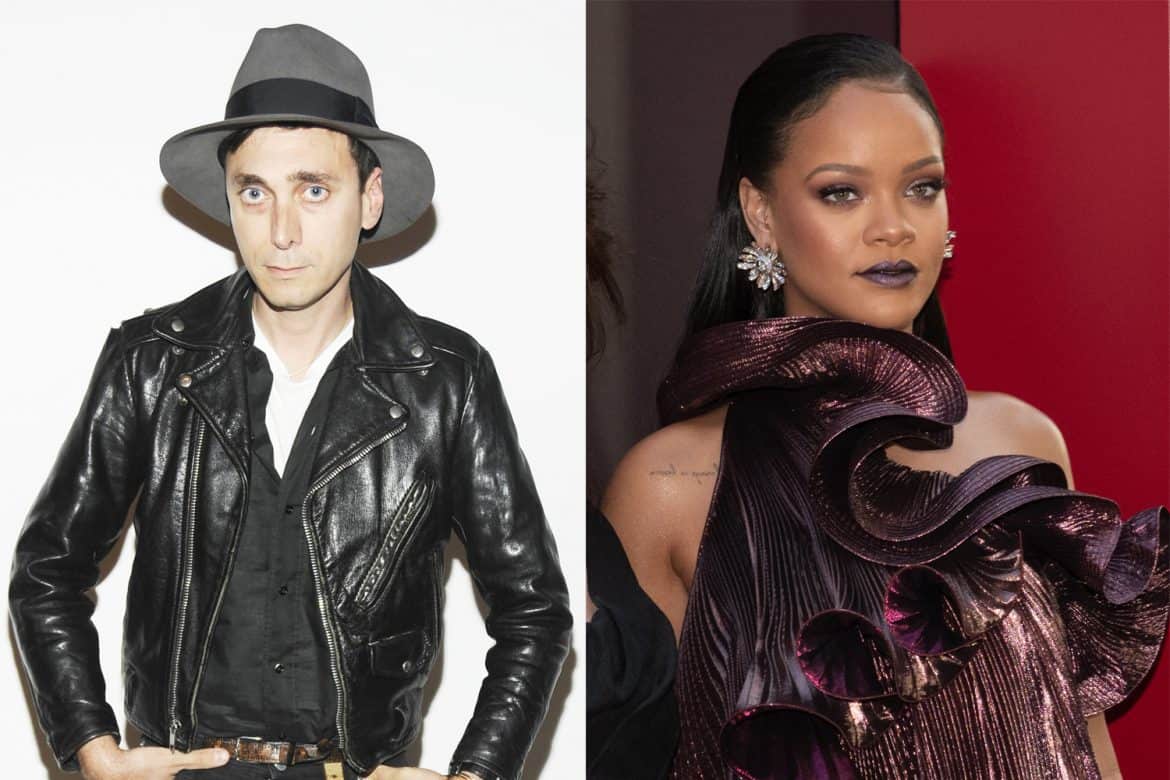 Hedi Slimane Shot the Cover of Document Journal‘s New Issue (WWD)
It has been less than a month since Hedi Slimane debuted his first collection for Celine, but he’s already nabbed a magazine cover: Document Journal! In addition to giving the publication access to the clothes, Slimane also photographed it himself.  “Hedi’s been a longtime contributor to Document,” Nick Vogelson, the magazine’s EIC, told WWD. “It’s something we’ve been discussing for a very long time to do his first cover and we were very fortunate to have him shoot it…Typically when we work with our contributors we give them a great deal of creativity in terms of what they want to execute so he had carte blanche for this.”

Rihanna and Puma Are Being Sued Over a Trademark (The Fashion Law)
Rihanna, Puma, and Fenty Corp have been hit with a lawsuit over their Fenty University collection. The pieces in the collection featured large “F.U.” branding, which is an issue for a company called Freedom United — which just happens to own a trademark for “FU.” Freedom claims that Rihanna, Puma, and Fenty were “using the confusingly similar trademark ‘F.U.’ for directly competitive products,” which most appears to be aimed at a hoodie.

Despite Being Big in Japan, the Vaquera Designers Still Have Day-Jobs (NY Times)
The fashion industry is a difficult one to break in to, and even some of the most celebrated brands are having trouble in the current retail climate. In a fascinating new profile in the New York Times the designers behind the New York label Vaquera reveal that despite the buzz surrounding their brand — and being a hit among Japanese buyers — they still have second jobs to make ends meet.

Koio Is the New Luxury Sneaker Brand You Need to Know