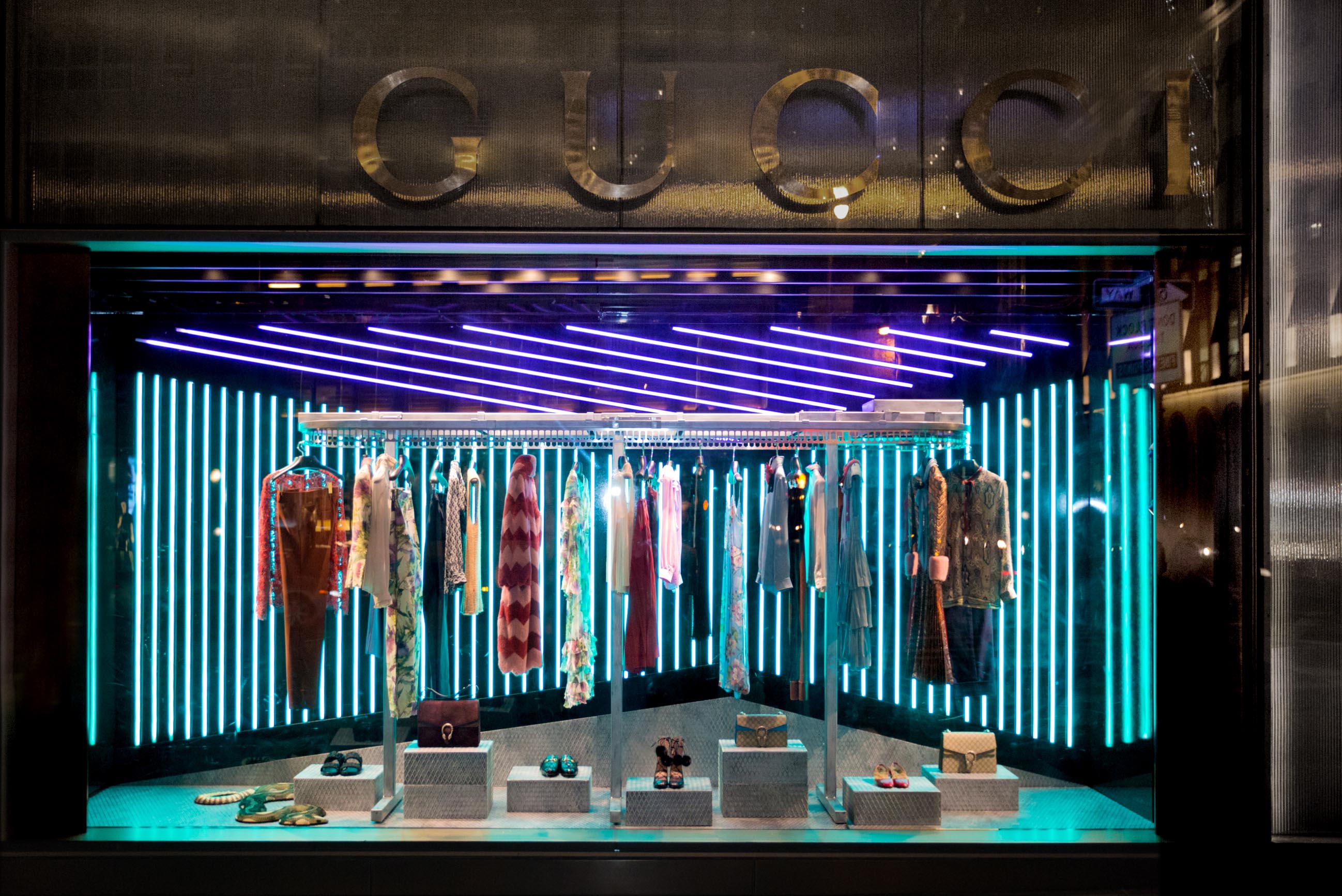 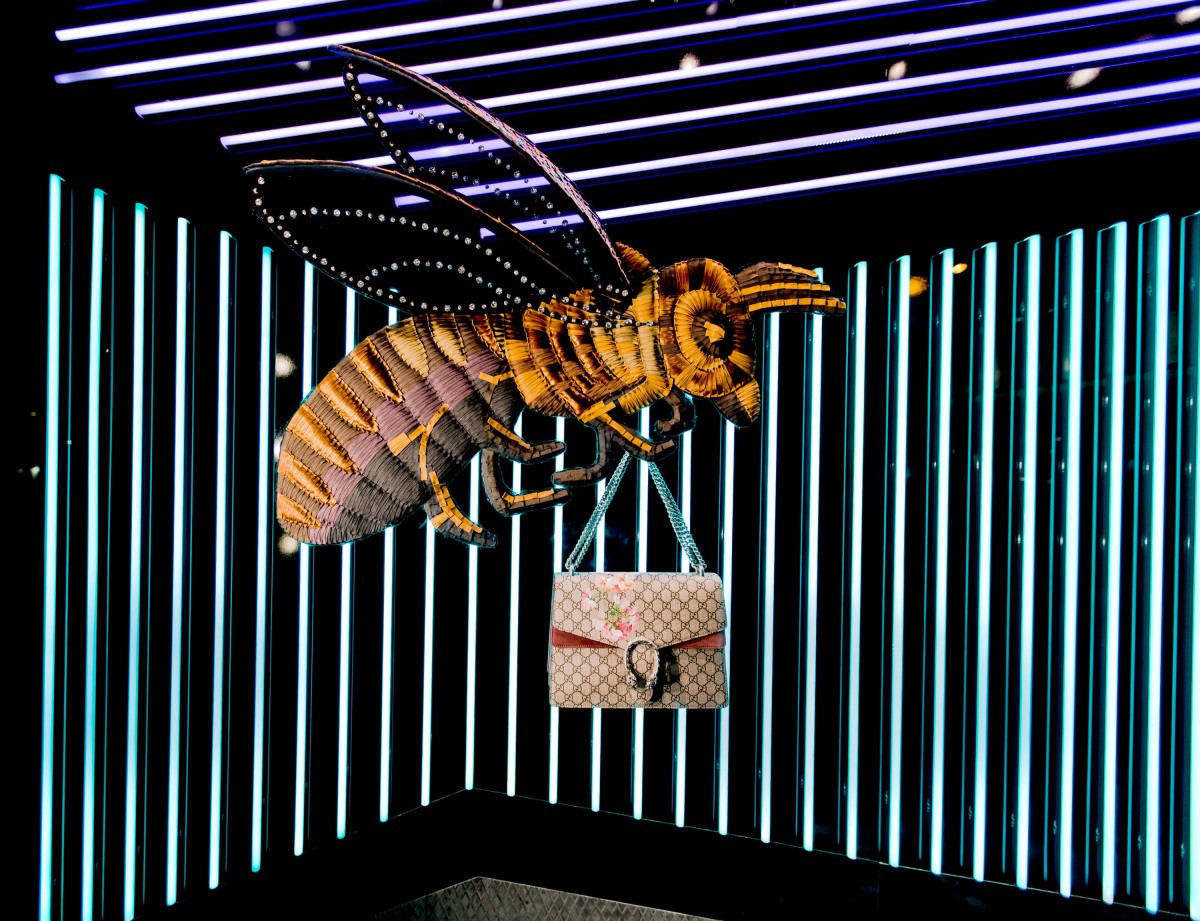 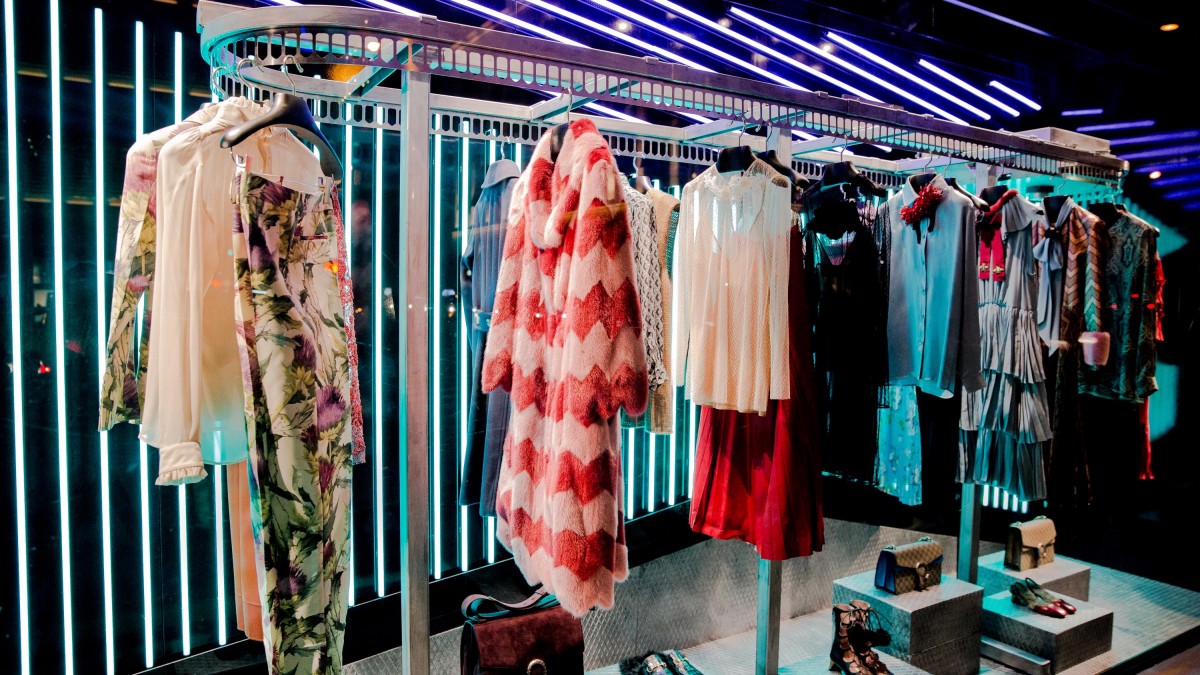 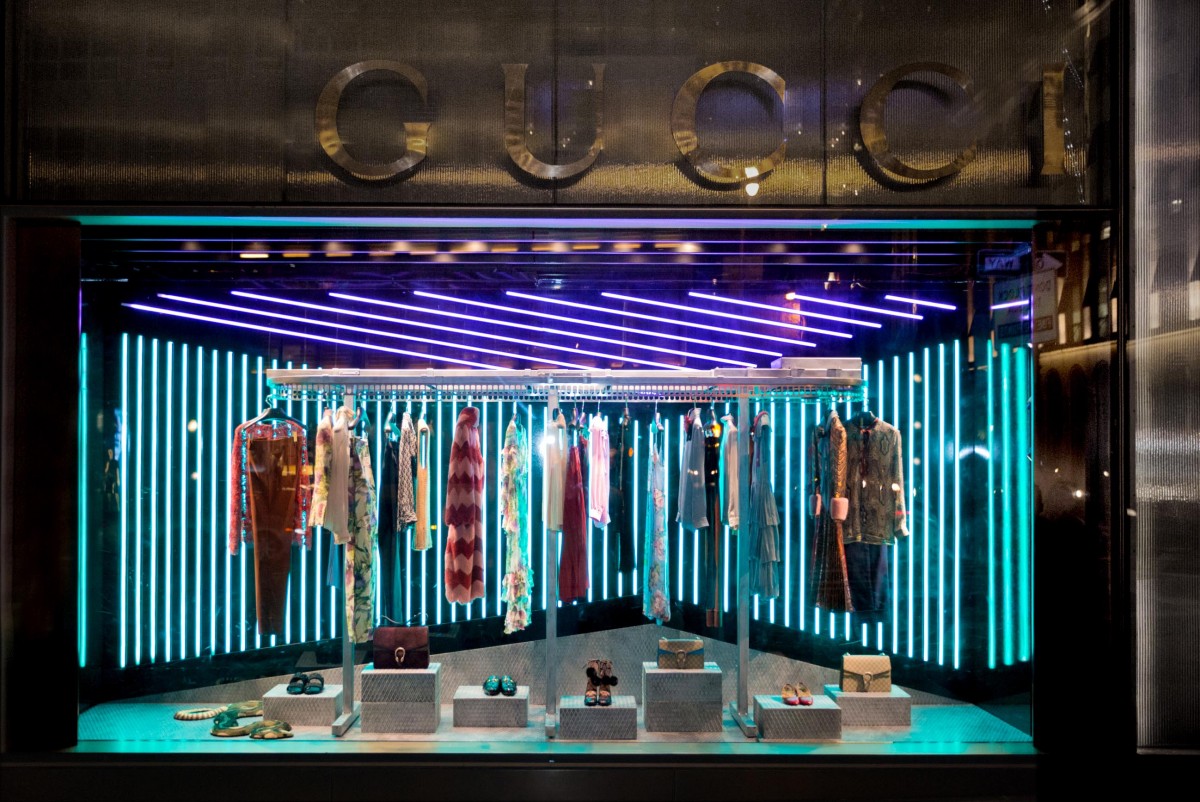 Gucci unveiled its new window designs under creative director Alessandro Michele for his first season for Fall 2015, and true to everything he has shown the industry so far, it’s a departure from Gucci’s old look. The windows feature turquoise and purple LEDs for a 3D element. The floors feature a diamond pattern on an iron sheet and ready-to-wear clothing hangs from an industrial rotating rail resembling the assembly line in a dry cleaners, while an embroidered snake slithers across the floor. In another window, a giant bee sculpture buzzes near the ceiling, carrying Gucci’s Dionysus bag in its arms as it hovers over a bed of flowers. In some locations, a tableau will feature rotating platforms that serve as shoe displays, and static platforms will hold jewelry-adorned wooden hand models. The windows debut around the globe by the end of July, so be sure to swing by and check them out!

Hi there, for all time i used to check web site posts here
early in the morning, because i enjoy to find out more and more.