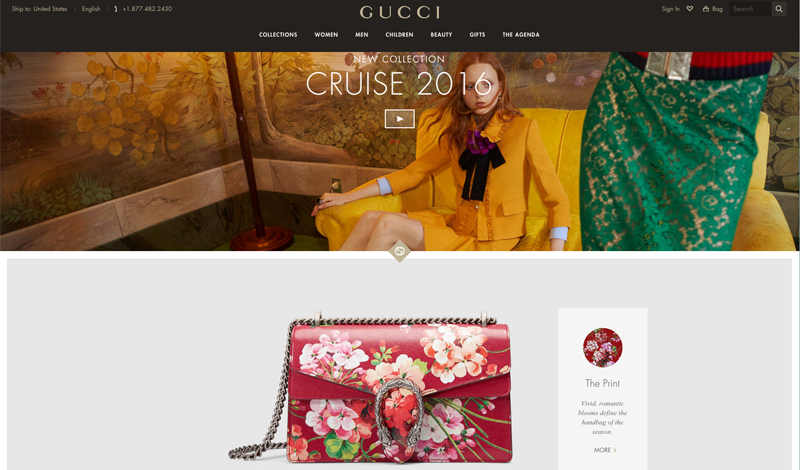 Gucci unveiled a new Web design under the direction of creative director Alessandro Michele. The redesign represents Michele’s unique new vision for the label, which is further outlined on the site under a channel called “The Agenda,” where the codes of the house are described as a “modern menagerie,” giving a look behind the campaigns, backstage, and at the materials used in the fabrics and accessories. At the moment, the redesign is in effect just for the U.S. and Canada.

Other features of the site include vertical scrolling, larger photos, and easier navigation. The latter includes a very detailed breakdown of categories so the customer can find exactly what they are looking for, and quickly—for instance, it handbags are divided into nine categories of their own. The new Gucci digital design is being tested and perfected for North America first, and the is expected to launch in Europe, Australia, and Asia in 2016.