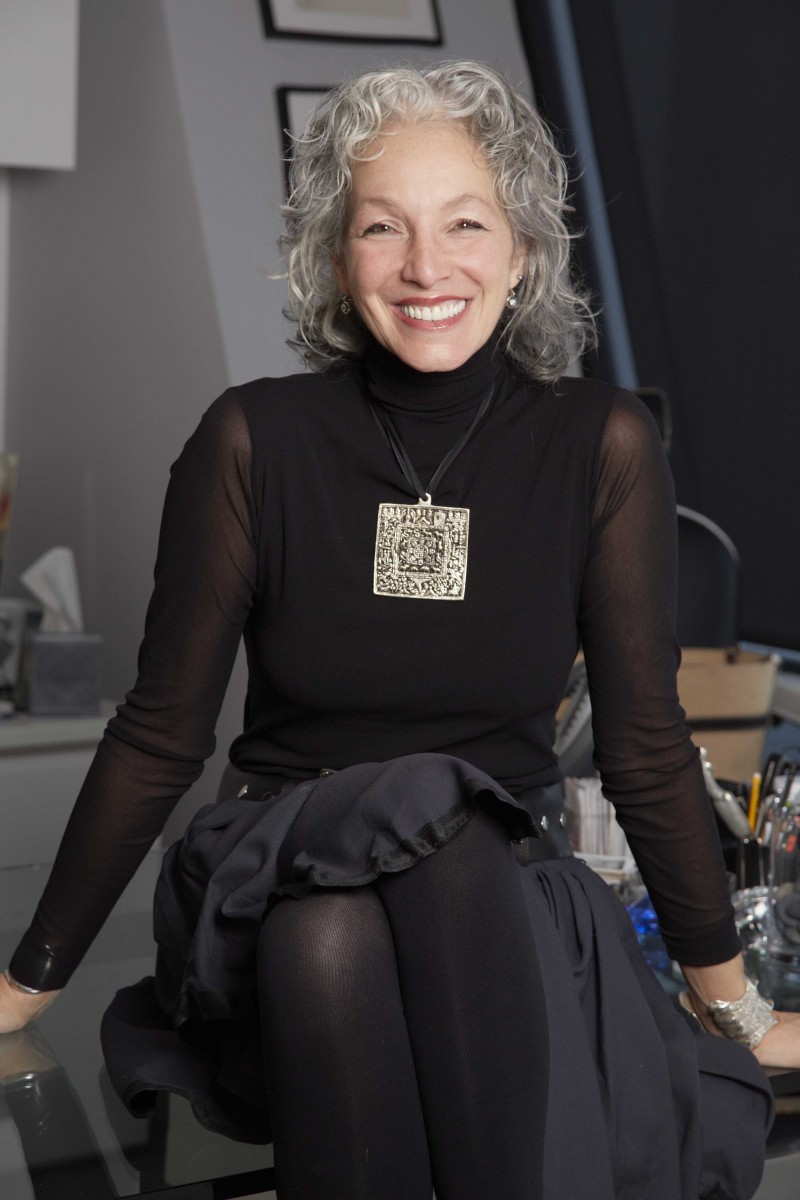 Ever wonder how your favorite glossies get greenlit for dozens of international editions—and who makes sure the titles fly off newsstands in farflung locales? Meet Hearst Magazines International’s Kim St. Clair Bodden, who is currently senior vice president and editorial director at the publishing powerhouse. So, yes, she has a whole lot to do with Cosmo’s 61 editions globally, for starters, as well as the company’s 300-plus international iterations of its hit titles. She’s been avec Hearst for over three decades (just imagine those frequent-flier miles!) and has had many an exotic business adventure in the process. Take it away, Kim!

You’ve been at Hearst for 33 years! How did get your start?
In college, I was a French literature major, so I signed up for a course in Paris with a friend. I got off the plane with a couple of hundred dollars in my pocket—and there was no course. We saw a woman on the street reading a book and could tell she was American. She said to us, “Oh darlings, what’s the matter?” We explained what had happened, and she invited us to stay. I stayed a few months and worked on my French. I had a good eye and I loved photography—I saw an ad in the paper to work at Cosmo International as a glorified mailroom [staffer]. Magazine editions would arrive from other countries and I’d translate the French edition into English so that my boss could understand the articles were. A few years later, I met and was embraced by Helen Gurley Brown, who pretty much taught me everything about editing. I learned quickly and here I am, 33 years later!

What does your gig entail, exactly?
A lot of people ask me that! My job is to be a mentor and guide and advance the success of our magazines internationally. I have an editorial director title, but I’m really the chief brand steward and manager of the international titles Hearst publishes. I interface with, and help build, all of our editorial and publishing teams around the world and help them understand the brand.

How have things changed since you joined Hearst?
When I started, there were 10 editions of Cosmo published in countries with long histories in publishing, like the U.K. and throughout Europe and South America. We’ve since launched magazines in places that don’t have long histories in the industry, like Mongolia or Vietnam, and we have wonderful partners around the world in countries like that. It’s really about understanding that this is a nuanced business; you have to think globally. You can’t just go in there like gangbusters, guns blazing and saying, “This is how you do it.” You have to be sensitive.

What types of launches have stood out during your Hearst career?
Launching Cosmo in Russia in 1994 has always been a highlight. It was a time when the magazine atmosphere and language in the media there was very medicinal and hard, and probably focused towards men. It was a newspaper kind of language. Cosmo really had this great opportunity to empower and help women around the world with a new language—a language called ‘Cosmopolitan’. That, to me, changed the world. It really kind of gives me chair de poule, or goose bumps.

Any recent launches of note?
We just launched Harper’s Bazaar in Serbia. You think of fashion and you think of London, Paris, Milan, New York, China…but Serbia is a wonderful, bubbling, enthusiastic country that’s just as interested, aware, knowledgeable, and intuitive about fashion.

How much do you travel for the gig?
A lot! I have a lot of frequent flyer cards and miles. When I started out, I’d go to many countries in a short amount of time. I had a young child at the time and traveling was part of my job, so I wanted to make sure that I could get the best bang out of a trip. I just got back from Spain two weeks ago, I was in France two weeks before that, and was in Argentina recently as well. So, yeah, I travel a lot! I’ve never lost the excitement for my job. Some people say, “ Business travel is boring. It’s not all it’s cracked up to be.” Life is what you make it, right? If you don’t like it, don’t do it.

Where do you always tack on an extra day or two when you’re traveling for work?
Buenos Aires! Argentina is one of my favorite countries in the world. The first time I stepped off the plane, I said, “I could live here.” A few years later, I met the love of my life, who’s from Argentina. My extended family is in Buenos Aires, so now I have personal, professional, and emotional reasons to go there! And Paris is definitely in my heart. Also, there’s no place on earth like Italy.

Do you amass souvenirs from your work travels?
I am a shopper, first and foremost, and I wear a lot of jewelry. All of my jewelry has meaning—the pieces come from all sorts of special places. Jewelry is very transportable: I can hide it so when I come home I don’t think, “Oh my God, I just bought that new coat!” I once was in Bali for the weekend for a business meeting, and I came home with five rooms of furniture. It was delivered to my home months later—with a big, hairy spider in one of the boxes as a nice memento.

Eek! Have you gotten close with the editors at myriad international editions of Hearst mags?
Yes, it really is an extended family. I can show up in the greater part of the world with a handbag and tears in my eyes and say, “I’ve lost my wallet,” and somebody there knows me and loves me and will take care of me. You can’t find that easily!

Are there any editions in Hearst that are really different from the U.S. edition?
The Spanish edition of Esquire has a very different face. Esquire in the U.S. has cover lines, a dynamic design, and features someone who everyone knows and wants to gobble up—it’s a very huge commercial success. In Spain, you might simply have this close-up shot Willem Dafoe on the cover, who may not be in a film right now. The essence of Esquire is there and it’s still as witty and full of wisdom, but they’re applying the Esquire DNA in a different way.

How many languages do you speak?
I can certainly ask for the bathroom in about 20 languages! I speak French, Spanish, and Italian; I can read Portuguese pretty well; I can understand German by reading it but I cannot speak it.

Have you been involved at all in Carine Roitfeld’s global portfolios in Harper’s Bazaar?
She and I work very closely on figuring out what would resonate globally, because that’s really hard. When you’re producing a fashion story that’s going to be embraced globally, that’s difficult. We communicate all the time before her shoots happen about which nuances should be thought about, but Carine has to have creative license, too.

That global Katy Perry cover of Cosmo was pretty major.
We’re producing global covers all the time! More and more publicists and celebrities and models want to have this simultaneous coverage globally. The Katy Perry cover was a huge success. I’m very happy to do more of those.

Which glossies have the least international editions right now?
Country Living and Woman’s Day, which each have two editions currently. We have a couple of launches for different titles in the pipeline for next year. I can’t tell you about them yet, but they’re all very good…

How many launches do you like to hit in a given year?
Five is a nice, doable number, but anything goes! If someone told me we’d do 20 launches next year, I’d be very happy. If we did just two launches, I’d be happy with that, too.

Is that a certain title at Hearst that there is a real effort to expand?
I think that Esquire and Bazaar are on fire—there’s lots of interest from around the world. The luxury market is vibrant.

Alessandra Ambrosio Makes A Splash With ále By Alessandra Swimwear