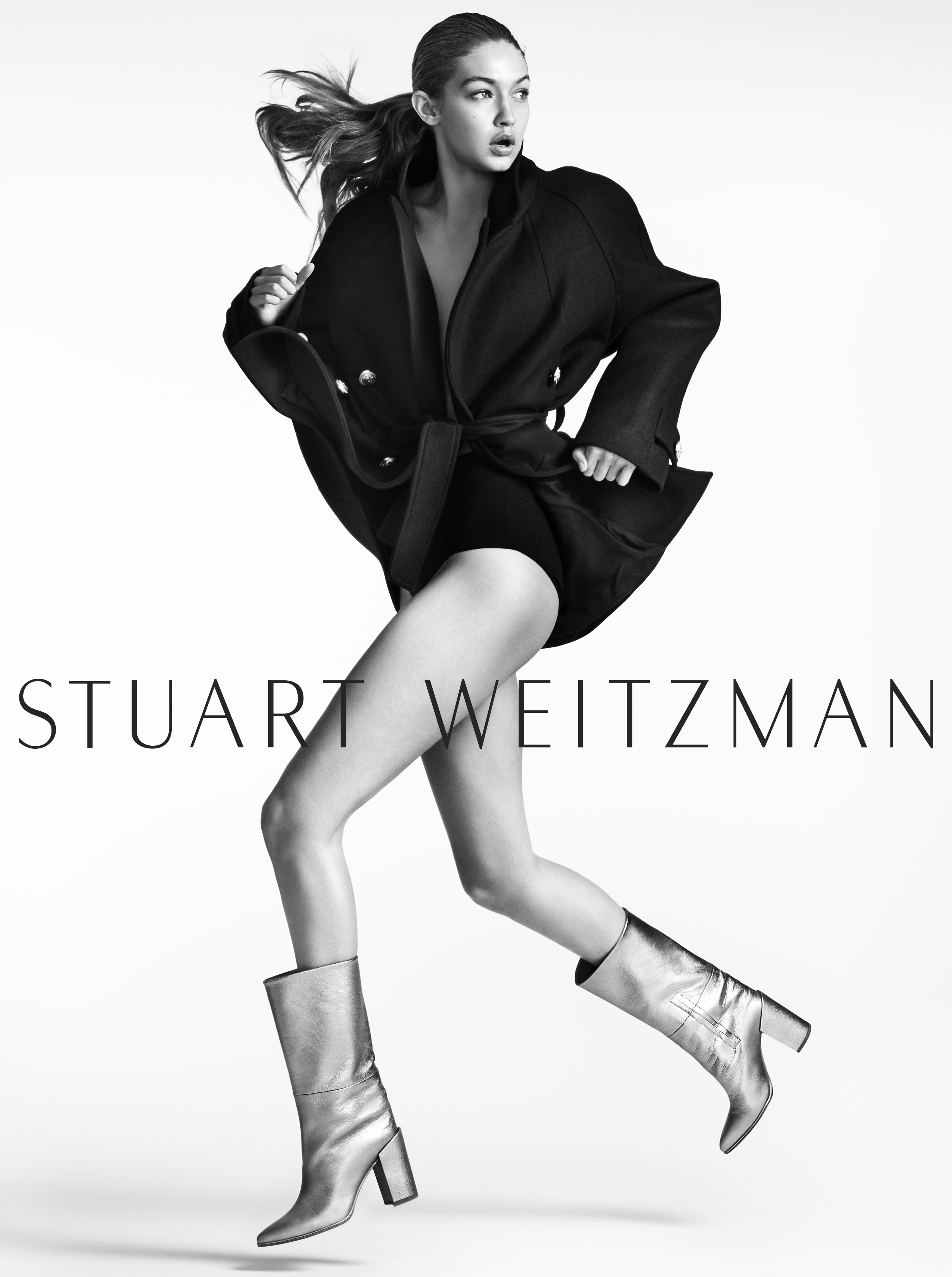 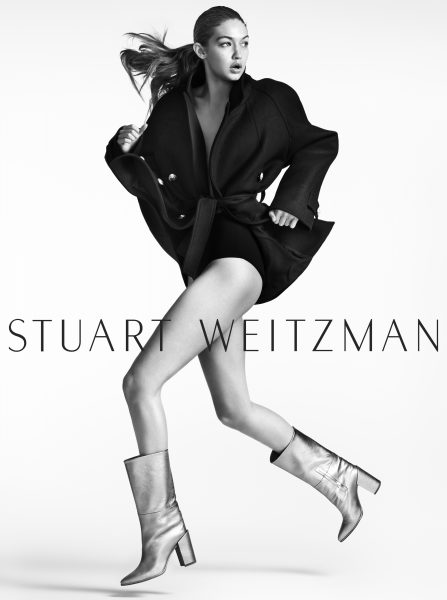 Gigi Hadid is back—once again—as the face of Stuart Weitzman. The mod previously starred in the brand’ Spring 2016 campaign alongside Joan Smalls and Lily Aldridge, and this time the 21-year-old goes solo. 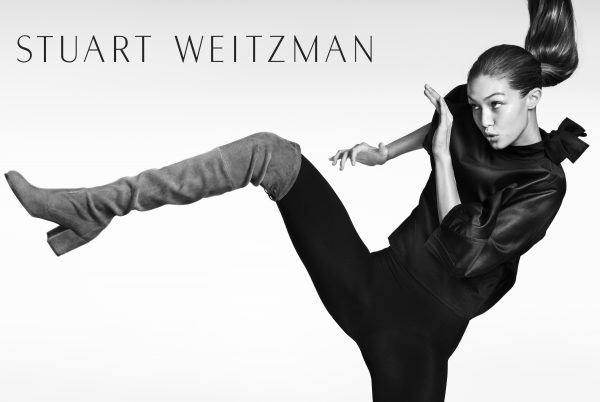 Mario Testino photographed the black-and-white campaign, marking his 10th season shooting for the brand. Gigi stuns in two barely-there photos—well, not as little as last time—in a trench jacket, boots, slicked-back hair, and minimal makeup. According to the brand, the campaign took inspiration from the mod’s “real-life workout regimen,” showing her in a range of in-motion poses. From boxing to jumping to athletic moves, the leggy mod had no problem showing off her skills. Keep your eyes peeled: the campaign is set to hit billboards and print in late August.