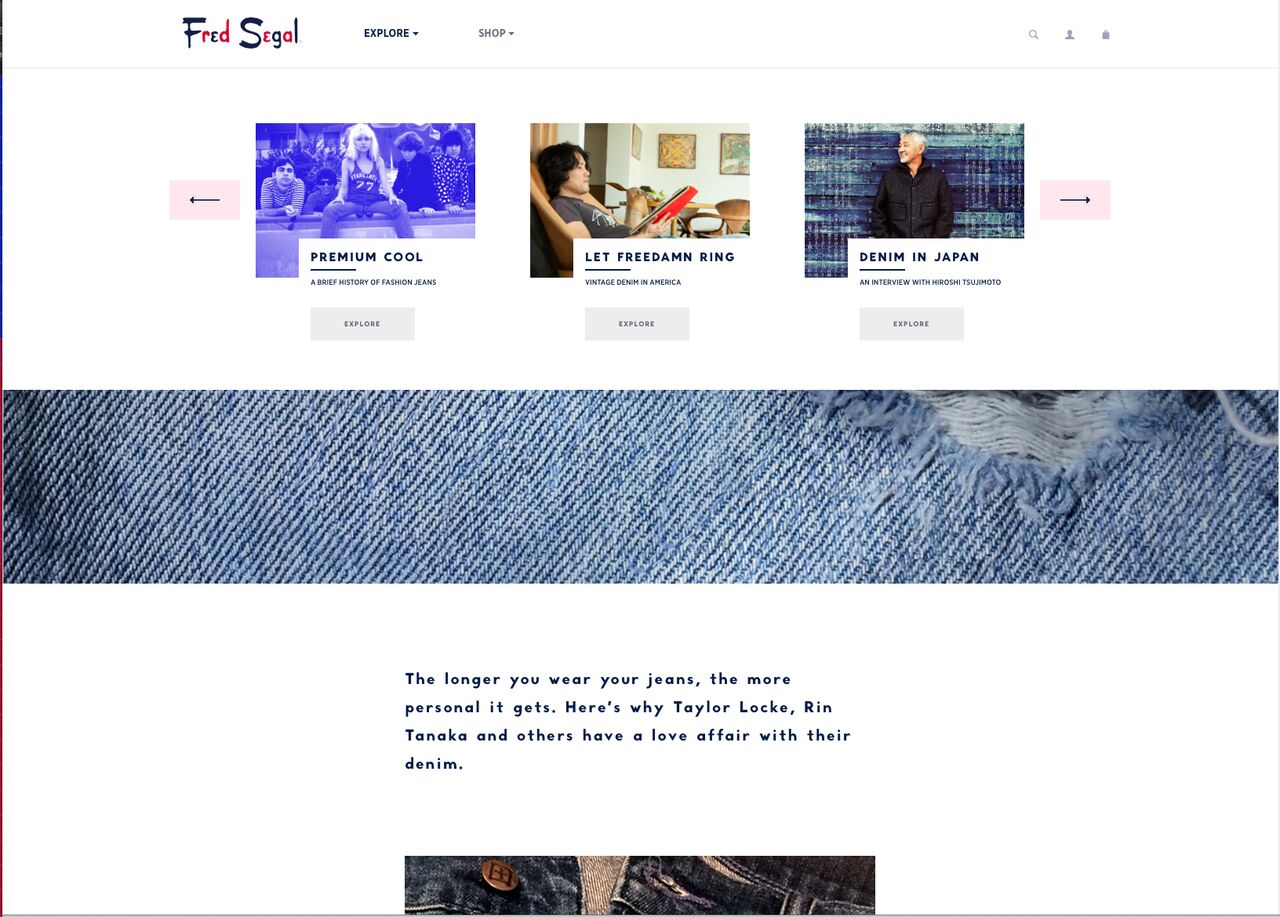 Legendary Cali retailer Fred Segal has announced the launch of fredsegal.com, a content-driven site (a.k.a. “social storytelling”) that features “insightful, engaging, and shareable contributions” from varying perspectives, according to a statement. The debut topic is “Rivet,” which focuses on denim and makes parfait sense considering Fred Segal was the originator of fashion jeans in the 1960s. A number of writers and tastemakers have already contributed to the site on the subject, including Emily Spivack, creator of the Worn Stores site, Melissa Magsasay, co-founder of The Hive and former style writer for the Los Angeles Times, James Sullivan, author of Jeans: A Cultural History of an American Icon, actress/musician Sasha Spielberg, celeb stylist Molly Fishkin, and journalist Yale Breslin, among others.

Site-goers will also be able to shop a highly curated selection of men’s and women’s apparel to accompany the denim Rivet, with a focus on jeans from brands like 3×1, Fabric, Ksubi, and Mother, to name a few. Another perk of the site? Limited-edition and collaborative merchandise, which will, of course, change frequently.

“Fred Segal has always gone way beyond shopping to create an experience for consumers,” said Paul Blum, CEO of Fred Segal. “With the launch of our website and social platforms, we are now able to translate the brand’s tradition of storytelling and experiential retail from the real world to online, and create an ongoing conversation about fashion’s impact on culture.”

Fred Segal was acquired by Sandow in 2012. In April, the company opened a 10,000-square-foot shopping center in Daikanyama, an uber-popular shopping district in Tokyo. The site is the latest initiative of the Fred Segal ventures—it officially launches tomorrow.