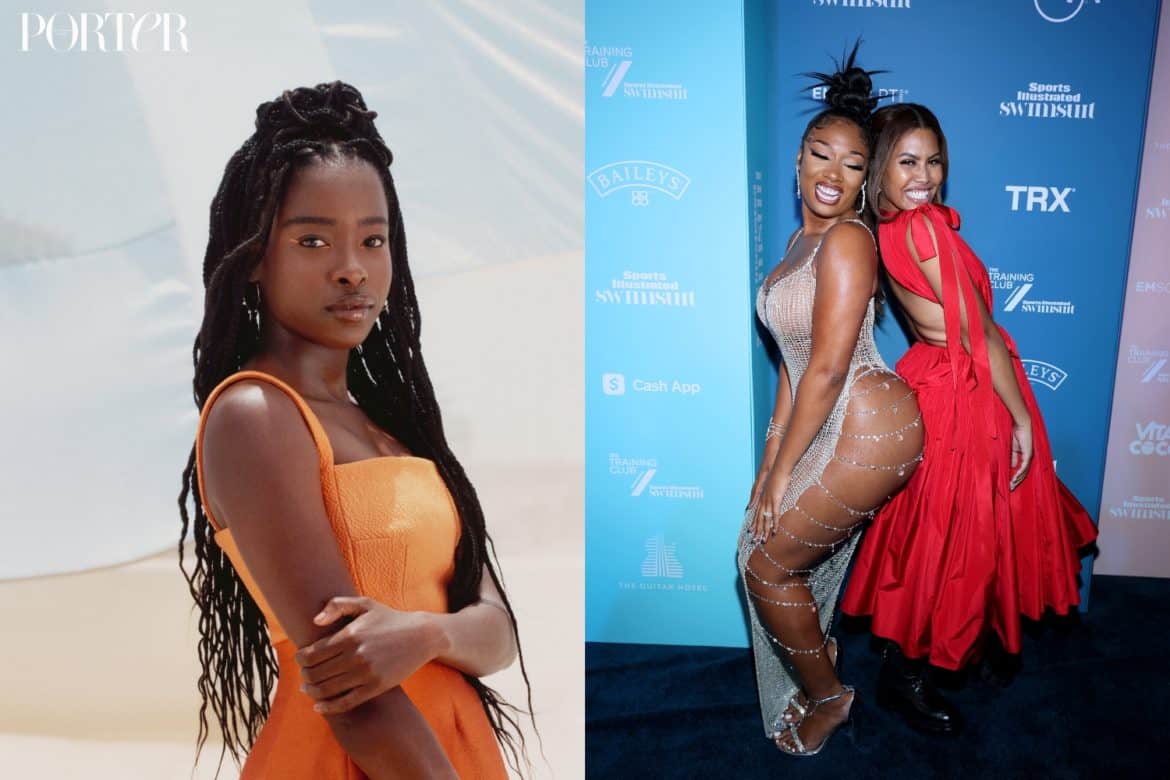 Poet, model, and muse Amanda Gorman is gracing the cover and pages of PORTER, styled in Christopher John Rogers, Tove, Emilia Wickstead, Kenneth Ize, and more. The 23-year-old opened up about her major upcoming gig: co-chairing the rescheduled Met Gala 2021 alongside Billie Eilish, Timothée Chalamet, and Naomi Osaka. Gorman revealed that Anna Wintour personally asked her to fulfill the prestigious honor over Zoom. “I was not expecting that at all,” she said. “I think this is really groundbreaking,” she added of the role. “I’m even more enthusiastic to see all the other writers and poets who may grace that red carpet in the future. And I hope that, when you see my look, you can feel what I’m saying loud and clear.” Gorman jokingly said that co-chairing alongside the other stars “feels like being a freshman at a party with seniors” but she’s feeling confident after spending time communicating with her co-chairs. Now, one wonders what she’ll wear on the day! 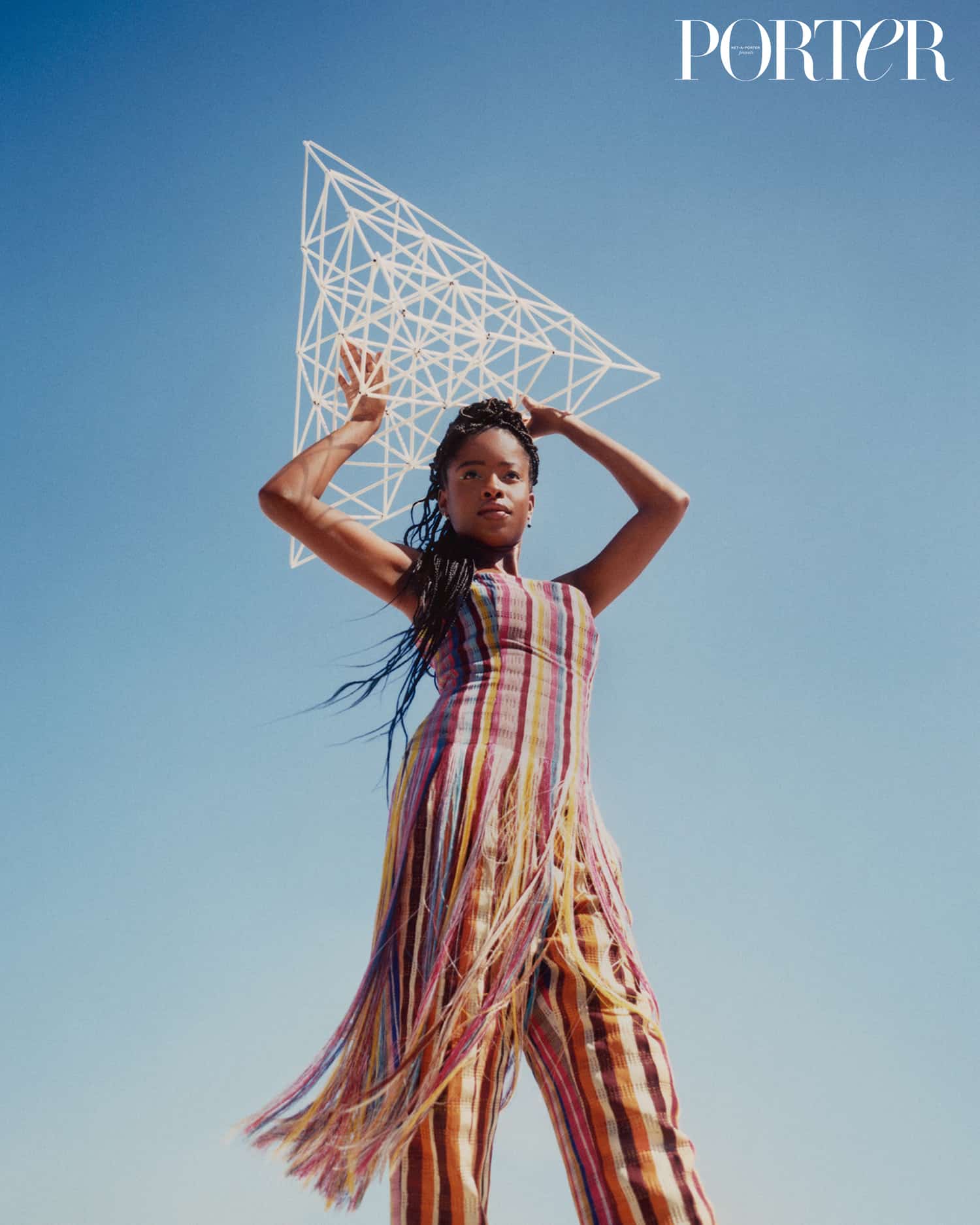 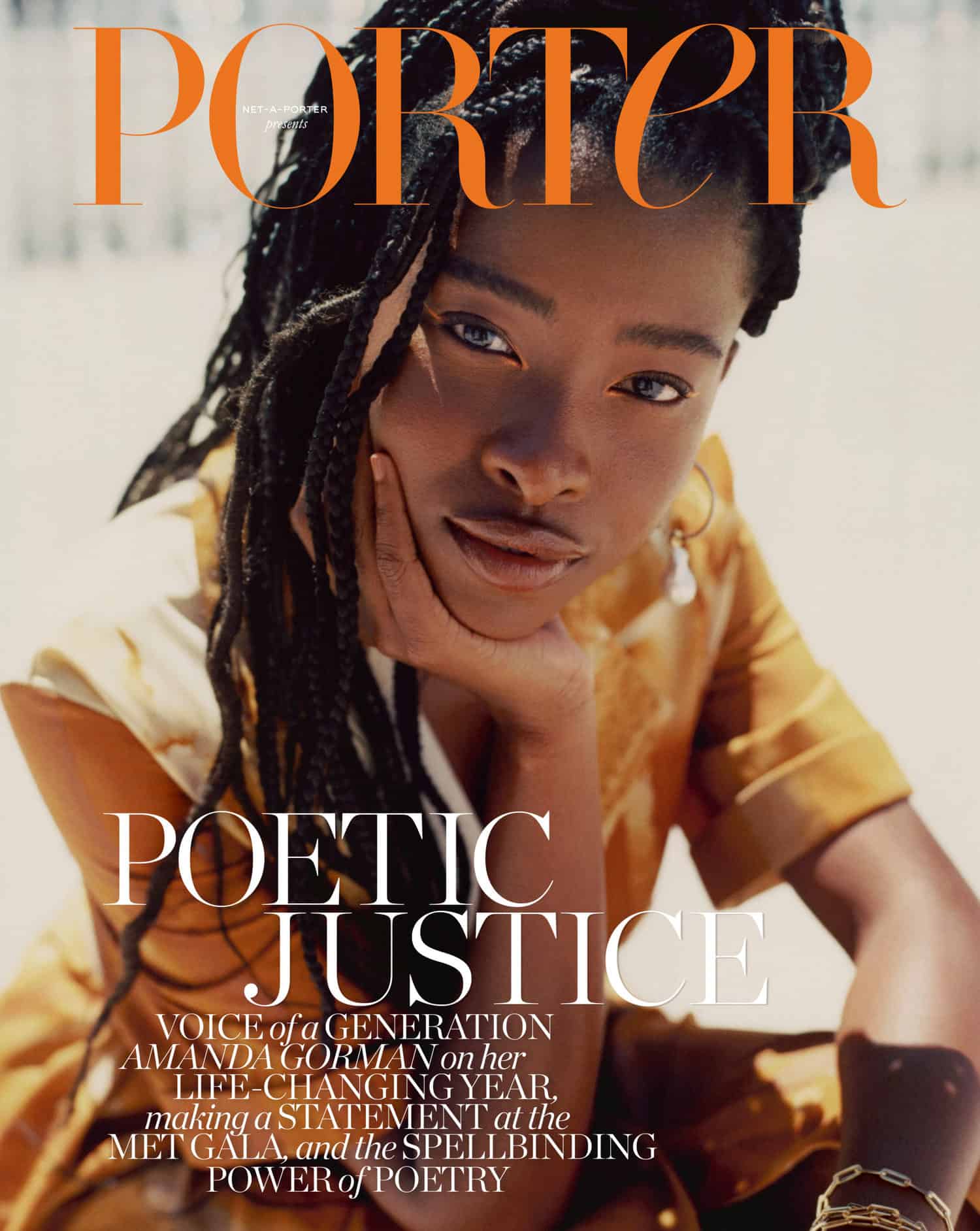 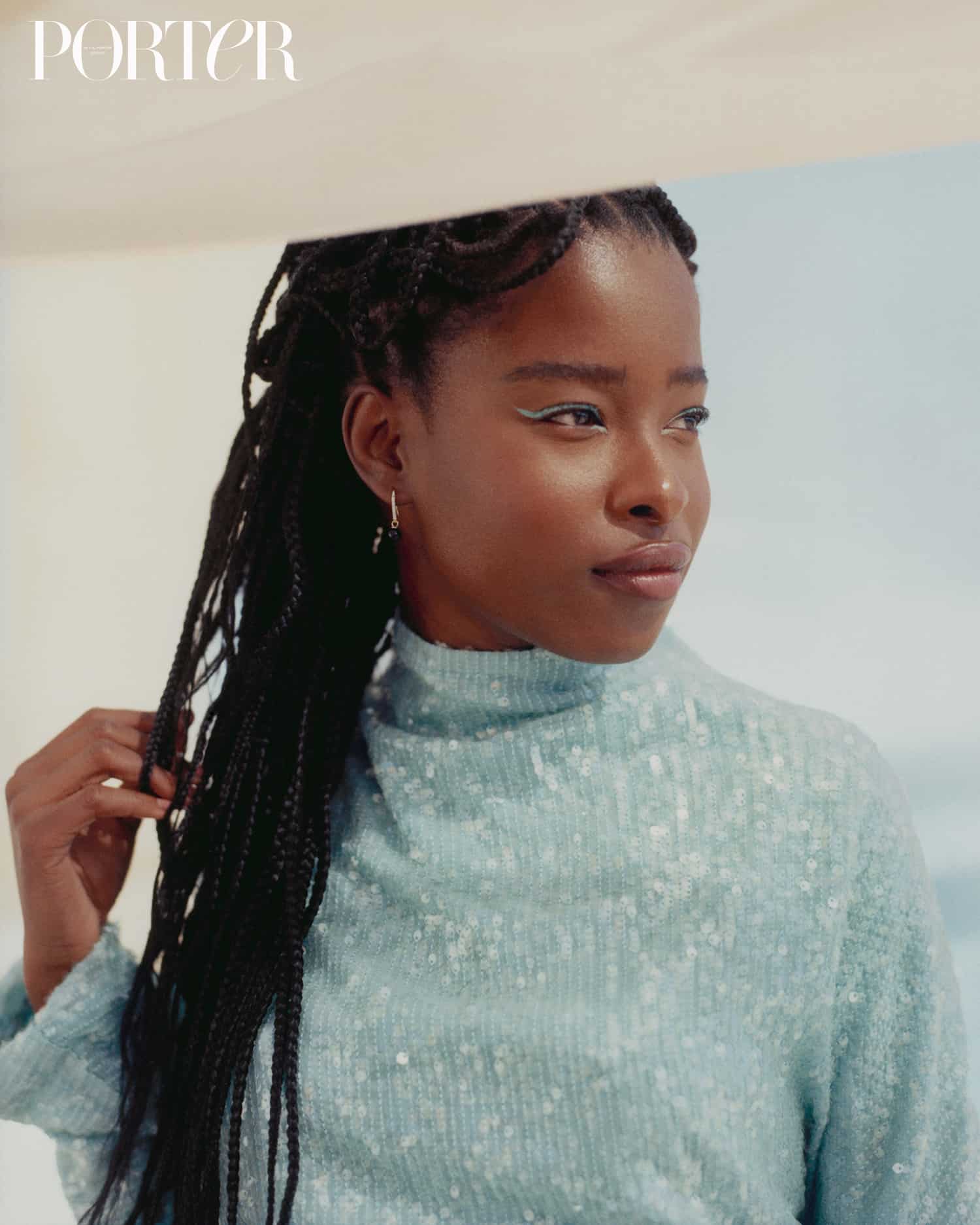 To mark the launch of its most sought-after issue of the year, Sports Illustrated headed to Hollywood, Florida this past weekend, where it hosted a run of events at the Seminole Hard Rock Hotel & Casino. There were festivities around the clock—from red carpets, private concerts (featuring cover star Megan Thee Stallion herself!), live sets from DJ ill-Set, meet and greets with SI cover stars, beauty pop-ups by Babor and Mind Naturals, cocktail hours hosted by Captain Morgan, Ciroc, Baileys, and Vita Coco, and additional activations hosted by launch parters Emsculpt and CashApp. Among those in attendance—and trust us, there were many—were cover girls Megan Thee Stallion and Leyna Bloom, models Emily DiDonato, Josephine Skriver, Olivia Culpo, Tinashe, and many, many more! 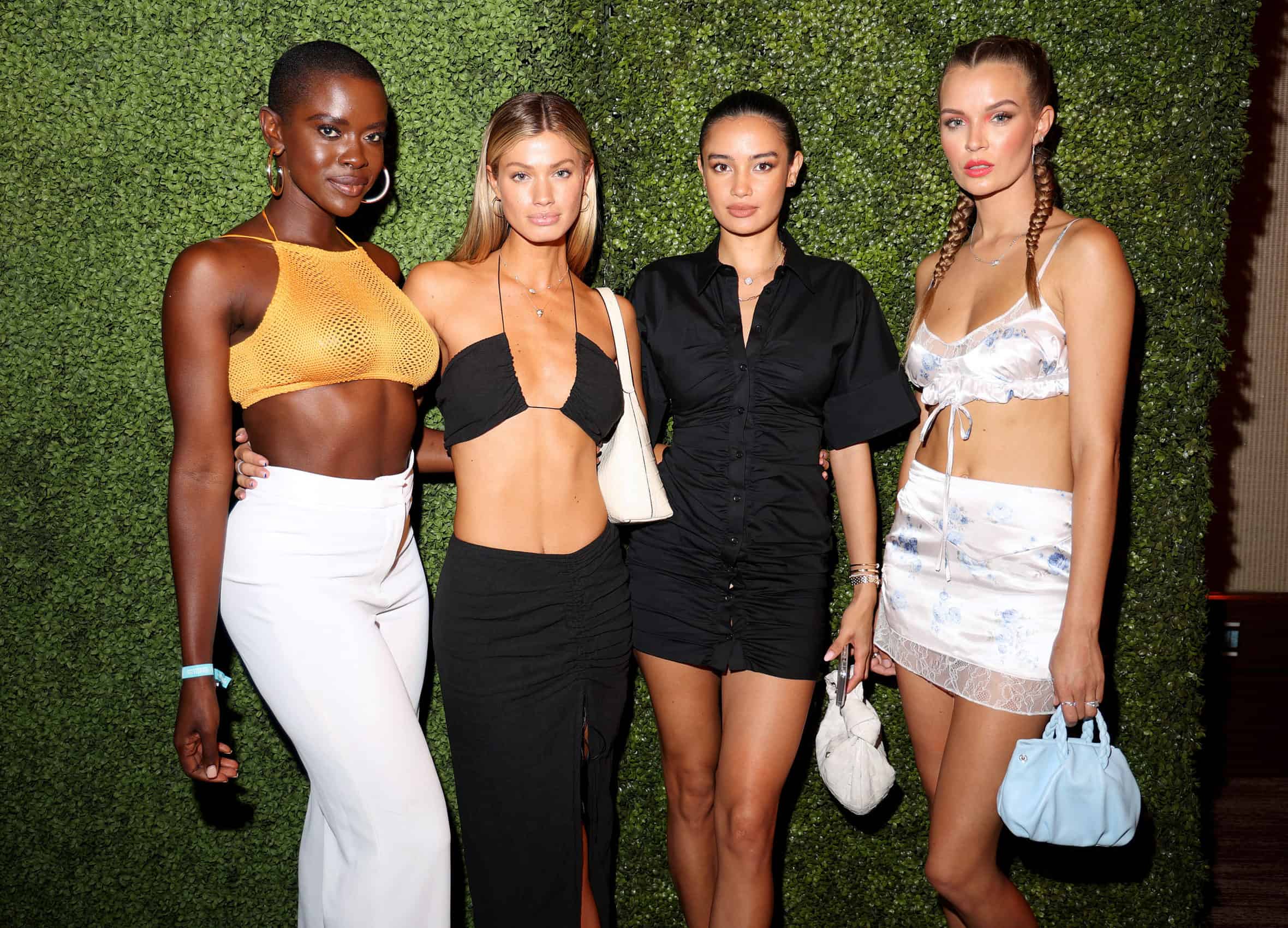 This weekend, Princess Diana’s niece Lady Kitty Spencer married billionaire fashion executive Michael Lewis in a splendid Italian ceremony—and all five of her gowns matched pitch with the venue perfectly. Held at Villa Aldo Brandini, a lavish Roman retreat, Lady Spencer waltzed down the aisle in the first look of the night: an exquisite Victorian-inspired vintage Dolce & Gabbana gown flaunting long-sleeves, a high neckline, an exaggerated train, puffed shoulders, and a fitted bodice. The Dolce & Gabbana ambassador has tapped the brand for previous special occasions—for example, the emerald green ensemble she wore to cousin Prince Harry’s wedding. As for the rest of the night’s looks, the new Mrs. Lewis donned various flower-detailed gowns and accessories to match. Our thoughts? Royally stunned!

Teased last month, Vetements’ “secret project” is officially here, and it has no time for wasted breath—or vowels. The genderless label, dubbed “Vtmnts,” took to the runway and its formerly exclusive Instagram account, @vetements_secret_project (now @vtmnts_project), to debut a 100-piece collection of pronoun-imprinted t-shirts, patterned sweater vests, trousers, and other such garb you’d find sported by a ’80s highschooler. As for forthcoming releases, more than just fashion can be expected. The label has reportedly filed more than 25 trademark applications to use the Vtmnts monogram on garments, accessories, jewelry, fragrances, and more. Keep your eyes peeled!

Cult West Coast swimwear label Frankies Bikinis has formally expanded its offering to include styles for him—and no one is upset about it. To make its debut into the category, the L.A. label launched a single style—dubbed the “Winston Boardshort”—which boasts a just-short-enough six-inch inseam and its signature splashy Palmz Print. The style coincides with the demeanor of the label’s women’s styles, which were released in parallel with the boardshort. Retailing for $150, the shorts run from sizes XS to XXL, and are currently available for purchase online.

Want LoveShackFancy all around your home? Consider it done!

Whimsical, bohemian-meets-vintage womenswear label LoveShackFancy has ventured beyond the fairytale land of laced frocks and wearable ruffles—and into the land of printed bedding and wallpaper. The label’s latest foray into the home category includes an assortment for the boudoir—of course, offered in vintage heirloom florals and other such dainty prints. Quilted blankets, duvet covers, and sheets and sham sets—from twin to king bed size—comprise the bedding category, in addition to decorative pillows to throw on top. Variations of six hand-painted prints, made in partnership with A-Street, make up the wallpaper offering. As for pricing, bedding items market from $75-$300, while a roll of wallpaper will go for a flat rate of $140. The collection is currently available to shop—both in stores and online. Get your prints on! 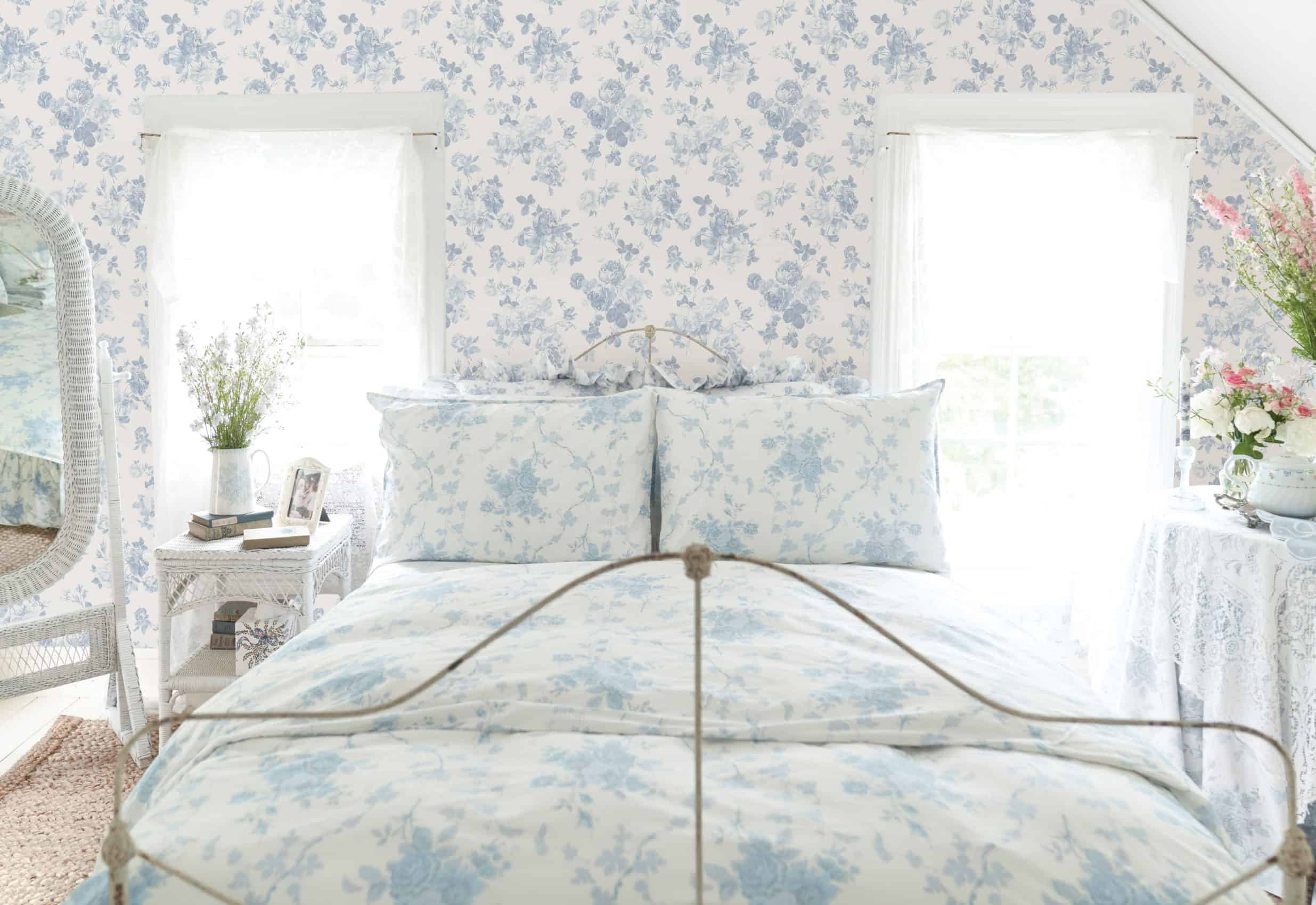 Get your shopping carts ready—the Nordstrom Anniversary sale is live!

Opening to the public today, the beloved Nordstrom Anniversary sale will run through August 8, with prices so low you couldn’t resist if you tried. Marking the department store’s most popular and sought-after event of the year, the sale will include brands and items—namely, clothing, shoes, accessories, beauty, and home galore—shoppable by anyone. As for top brands to keep your eyes peeled for, Nordstrom favorites Zella, Treasure & Bond, Halogen, BP, and many more will be for the taking. The shopping is just the tip of the iceberg, though, as the sale will also feature a long list of events for customers to attend as well. With a season change just around the corner, the sale couldn’t be more apropos. Although, is there ever a bad time for a sale? We didn’t think so either. Get to shopping!

Watch out, NYC, Victoria’s Secret is back and better than ever. As part of its rebranding efforts, the lingerie behemoth has revitalized its Fifth Avenue location: a nearly 24,000 square-foot space glitzed-out with gold trim, floor-to-ceiling mirrors, marble flooring, and hints of the label’s signature pink—and the occasional leopard print—dotted throughout. What’s more appealing, though, is the brand’s diversified approach to redefining beauty—namely, with plus-sized models and the removal of the Angels’ portraits usually found around the stores. Included in the location’s offering are activewear, swimwear, lingerie, and, soon enough, maternity garb. Also for the taking will be fragrances, lotions, accessories, and more. 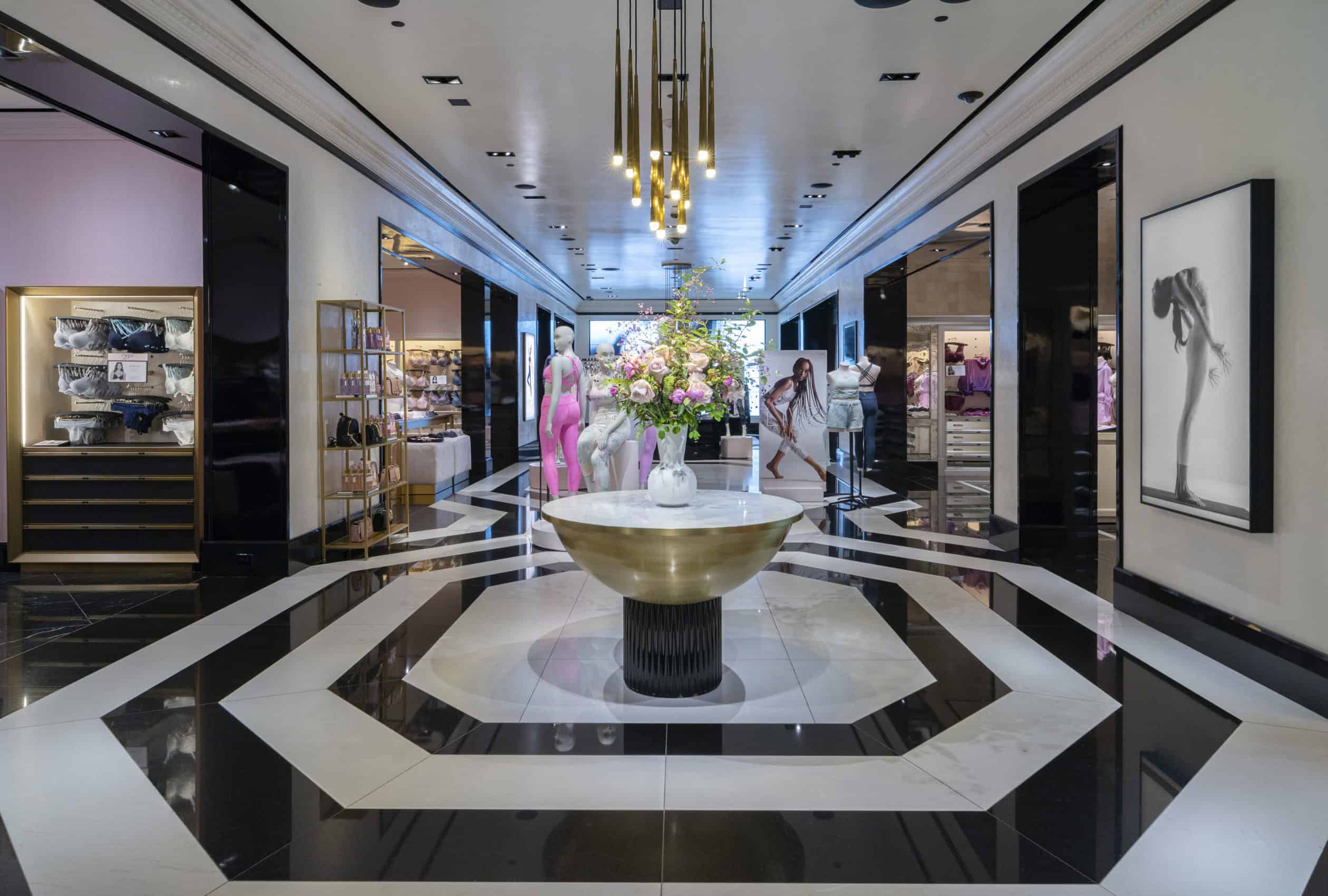 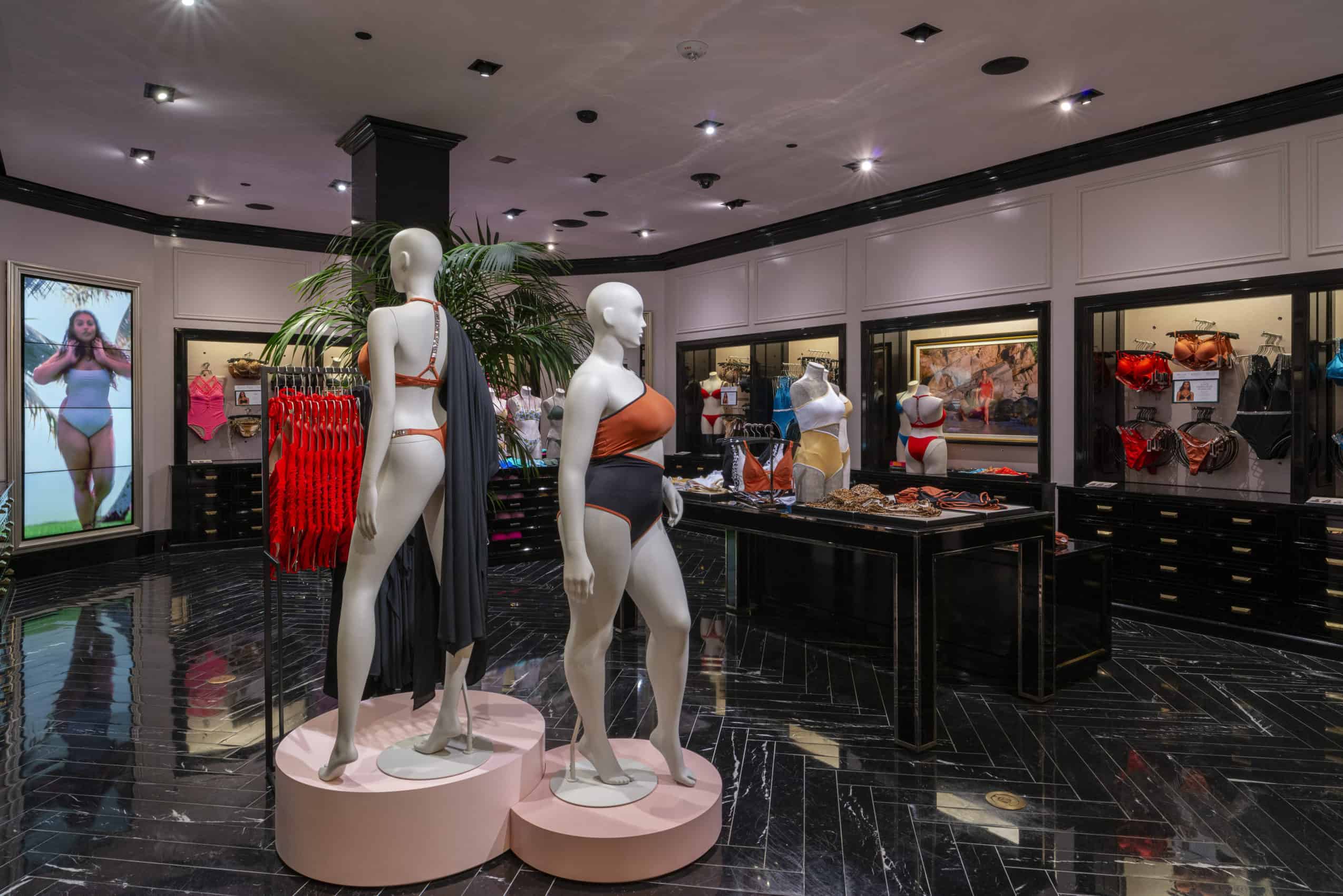 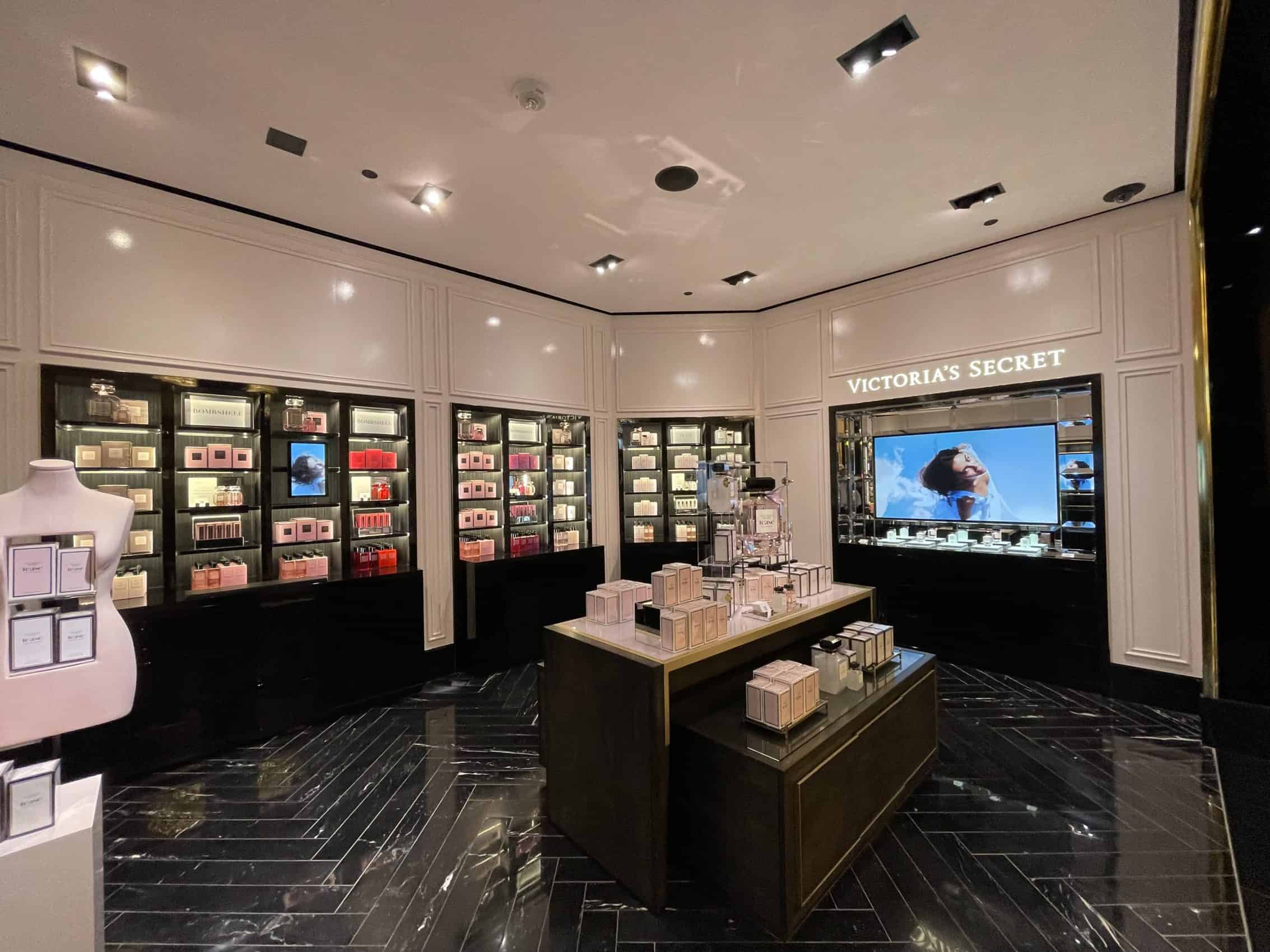 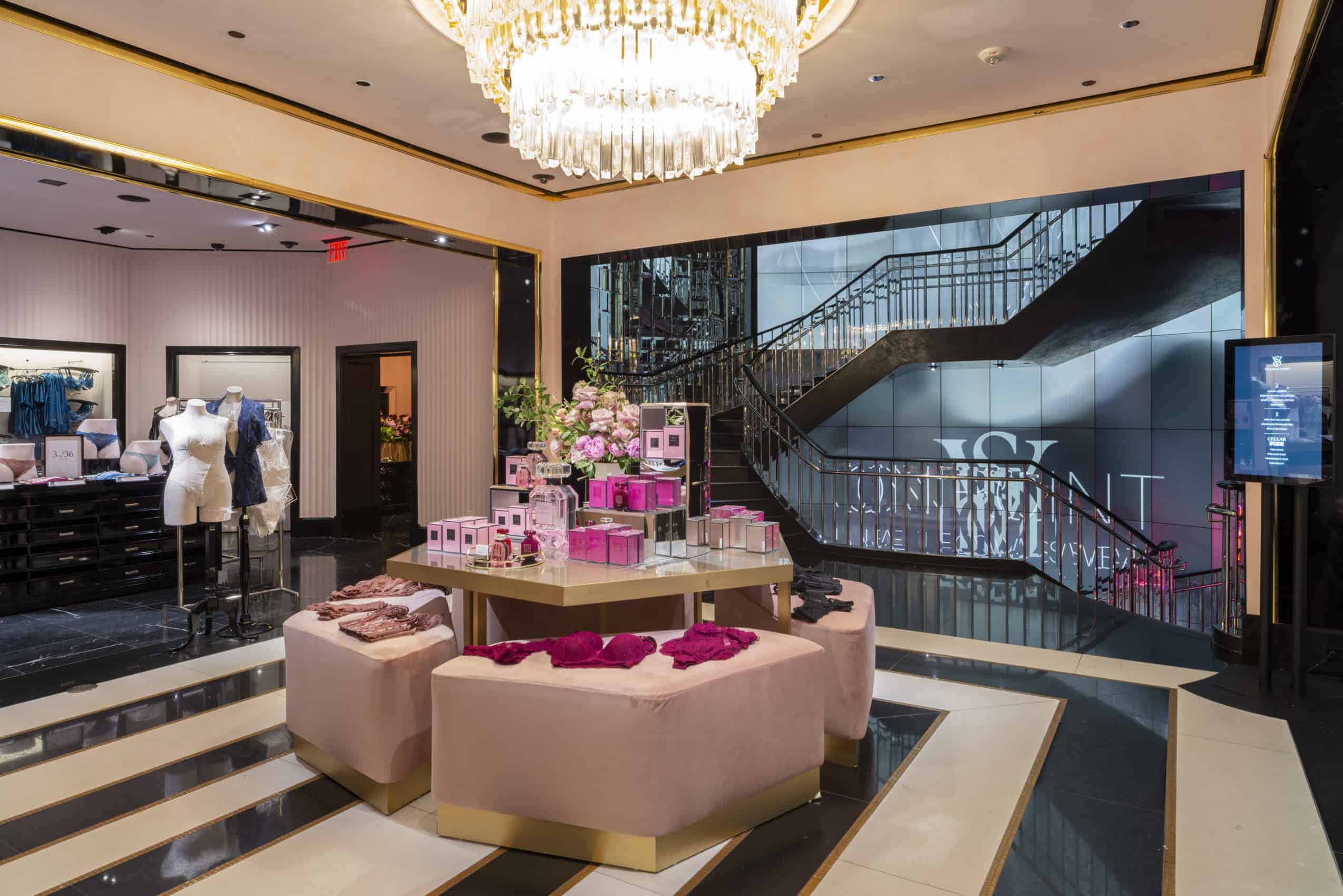 In celebration of the Olympics, streetwear giant Kith has announced a forthcoming drop of a USA-inspired collection, which is scheduled to drop on July 30. Beginning July 24, the capsule—which will include men’s, women’s, and children’s wear—will be teased on the brand’s social media accounts, with new campaign imagery released every day. As for the models, the brand tapped old-time gold medalists, from Shannon Lee Miller to Aaron Peirsol and more. The remaining information—pricing, athlete features, and what garb can be expected—has yet to be released, though we’re sure it will have red, white, and blue painted all over it. Go team!

For the 78th annual event, the Venice Film Festival has tapped Cartier and Armani Beauty for its sponsors. As the primary sponsor at the festival, the French luxury jeweler will unveil the Cartier Glory to the Filmmaker Award. The recipient of the award, which was donated jointly with La Biennale di Venezia, will be someone who has made an original contribution to the industry and abides by the brand’s pledge to both preserve cultural heritage and support contemporary artistry. Armani Beauty, long standing beauty partner of the festival, will also be sponsoring this years’ event—this time, with the debut of yet another award, The Audience Award, which will honor the best picture of the new section. The ceremony will enjoy its run at the Lido di Venezia from September 1 to September 11. Film, fashion, fun—Italian style! 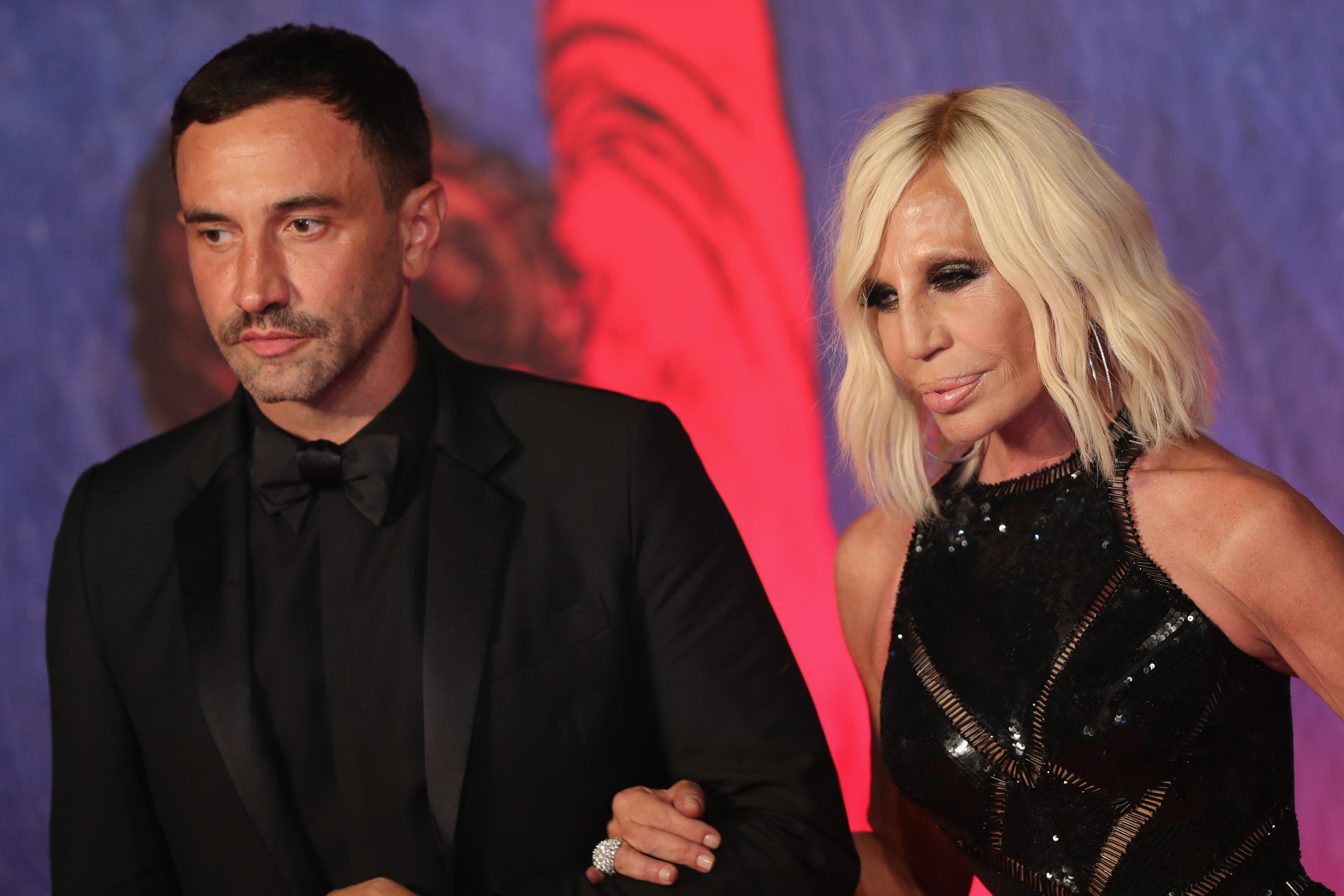