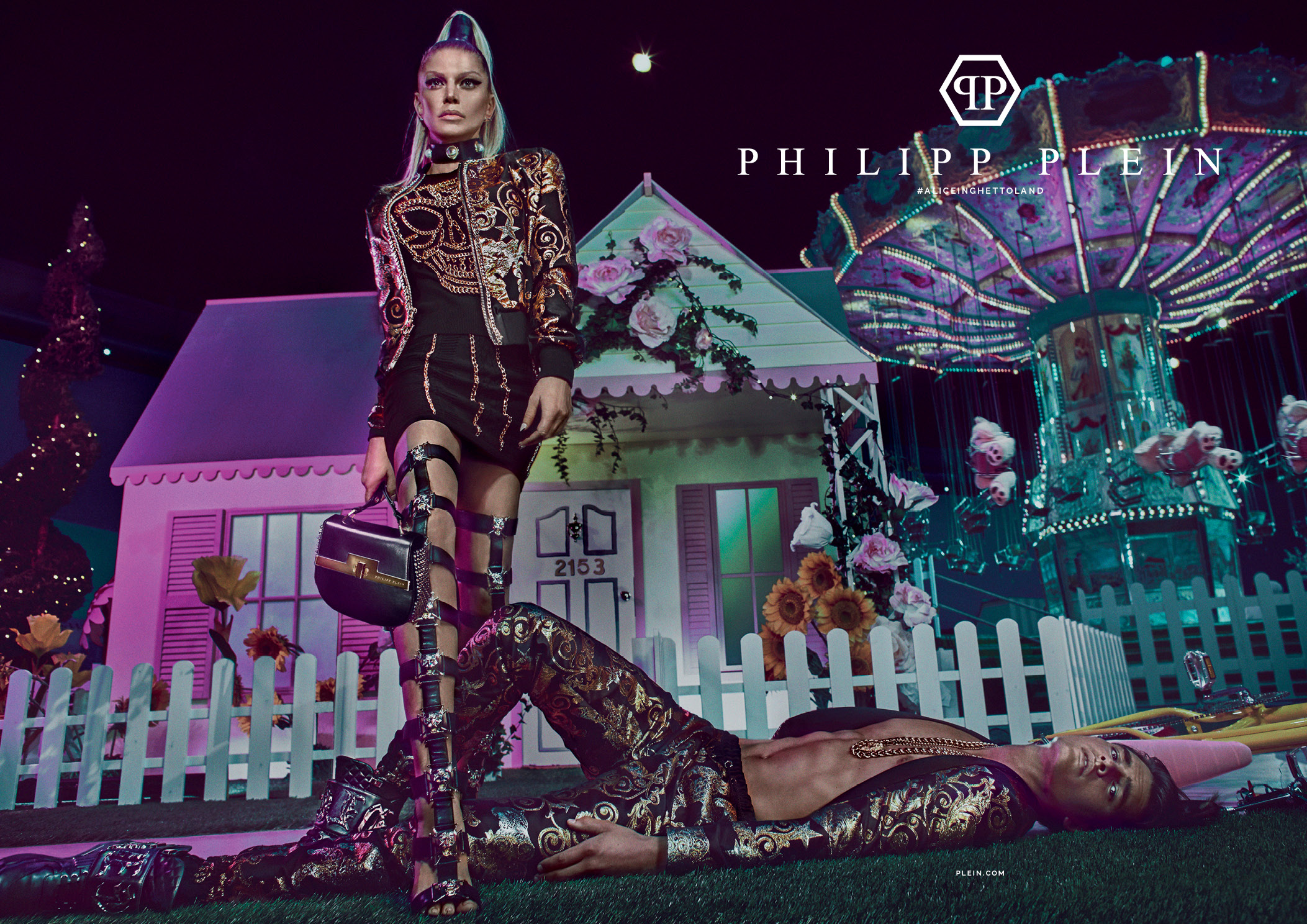 Fergie is the star of Philipp Plein’s Spring/Summer 2017 ad campaign shot by Steven Klein, which should come as no surprise after the pop singer took to the runway with Fat Joe at Plein’s SS17 show. The German designer is known for tapping big talent for his campaigns and shows, which have included everyone from Rita Ora, Busta Rhymes, and Lil Wayne to Chris Brown and Courtney Love. Plein likes to put on shows like the way he runs his business: over-the-top and larger than life.

His Spring/Summer 2017 show was titled “Alice in Ghettoland” and featured giant garden gnomes, a giant carousel with teddy bears, a quartet of children eating candy and running around the runway, ice cream trucks, and bare-chested men washing cars and landscaping lawns (male supermodel Matthew Terry plays this role in the campaign). But that’s just child’s play for Plein! After all, this is man who once had a roller coaster and giant robots of the Terminator variety on his runway.

And yes, the clothes are as flashy as the backdrop. Fergie is used to taking center stage, and these clothes look like they would fit right in with the pop-diva’s tour wardrobe. Plein’s unapologetic approach to fashion is exactly what makes it so wickedly fun…#allthewayup.