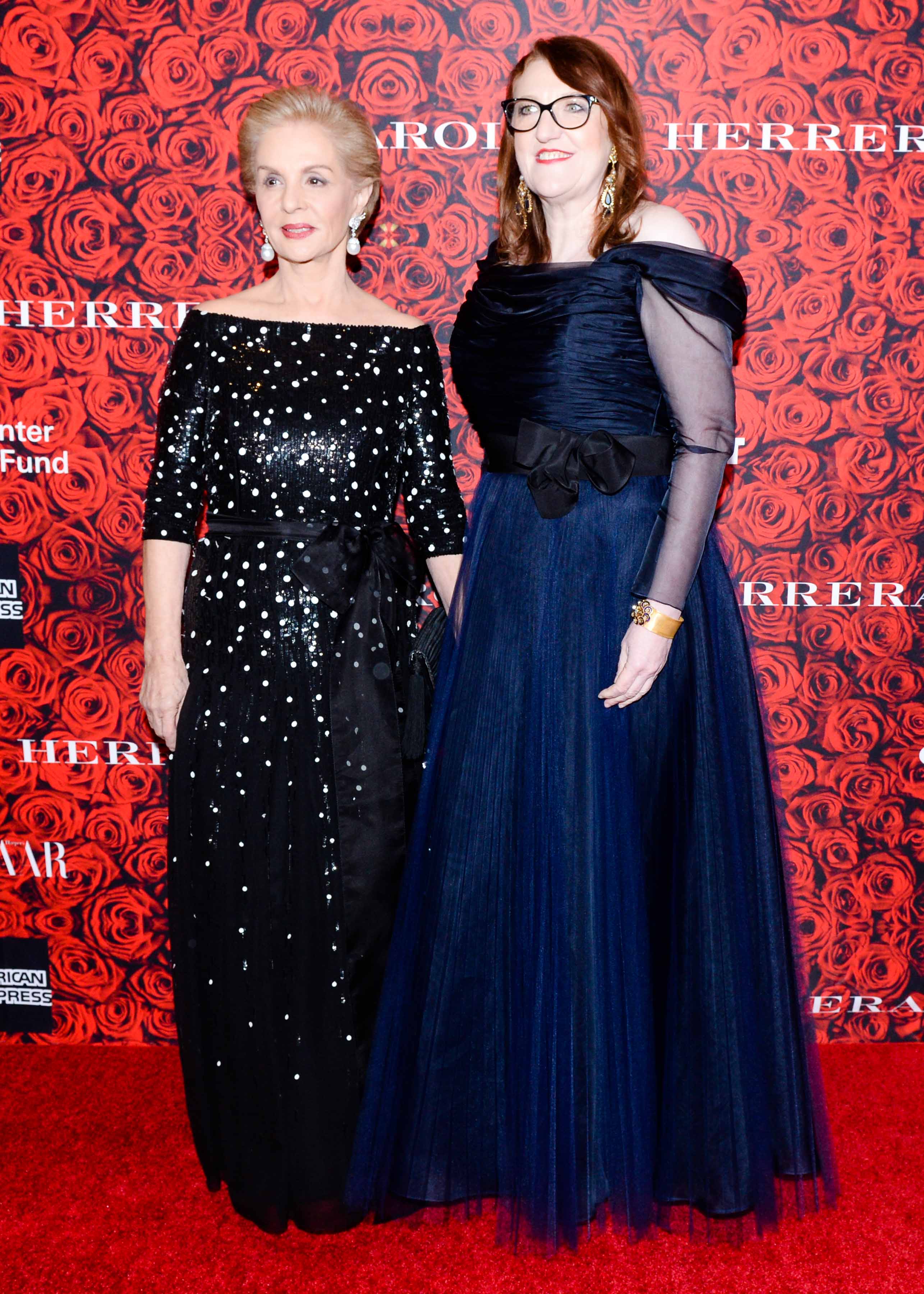 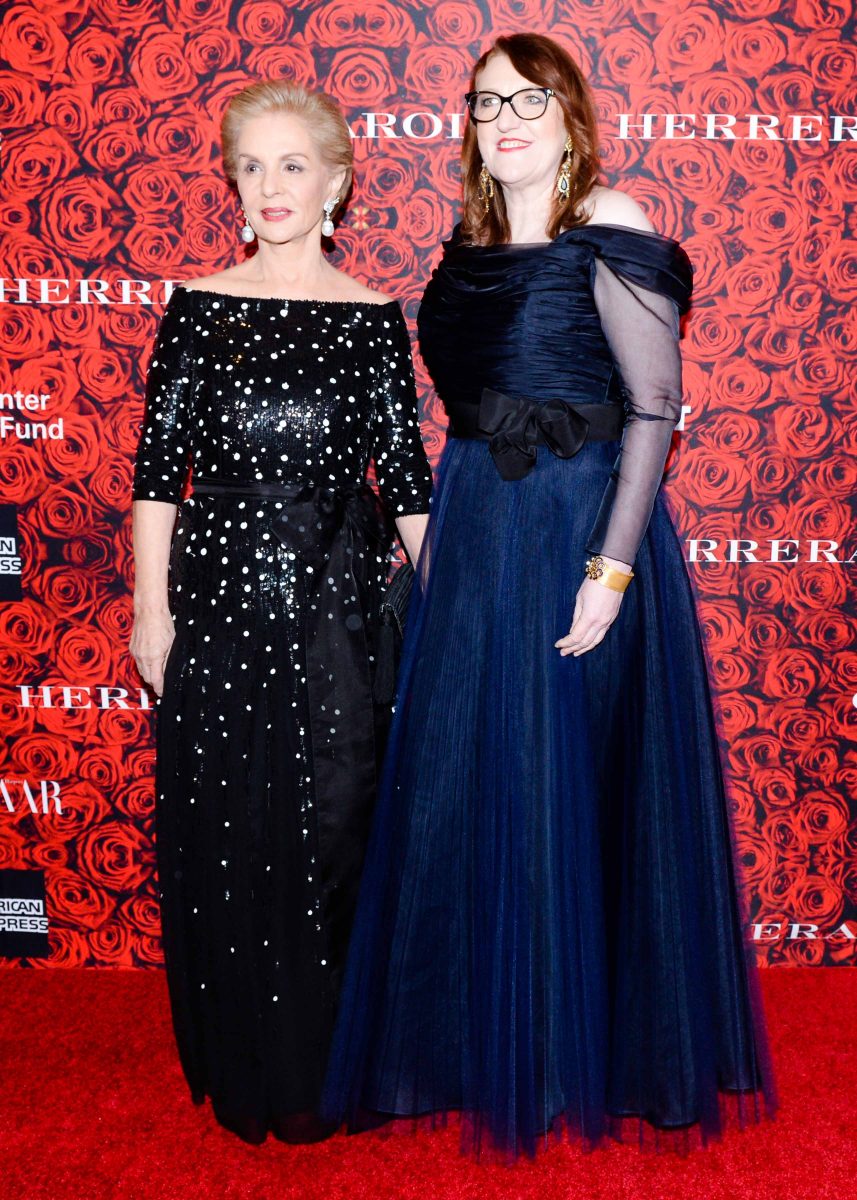 “She’s known for her white shirt and her breathtaking ball gowns and she always ties everything she does with an exquisite bow,” Bailey remarked. “She’s as recognizable as Elvis, as elegant as Jackie O, whom she dressed for at least the last 10 years of her life, and is respected and beloved as a queen. After all, she is fashion royalty.” Another proud member of the Mrs. H fan club is actress Emmy Rossum, who’s currently working with the designer on her wedding dress. “She has not only changed my style; she has broadened my entire view of what is possible in a larger sense,” Rossum said. “There’s something very special about her. To be in her presence, she is warm, funny, and engaging. She is confident and curious and unapologetic. She’s imaginative, opinionated, and encouraging. She’s a mother of four, she’s a wife, she’s passionately philanthropic. She’s a New Yorker. She’s built a billion-dollar brand with stamina. Sitting and talking with her over tea or chocolates in her office, you can’t help but feel as if almost anything is possible. She hasn’t just taught me how to dress; she has given me and many others a blueprint of what it looks like to be a modern woman.” 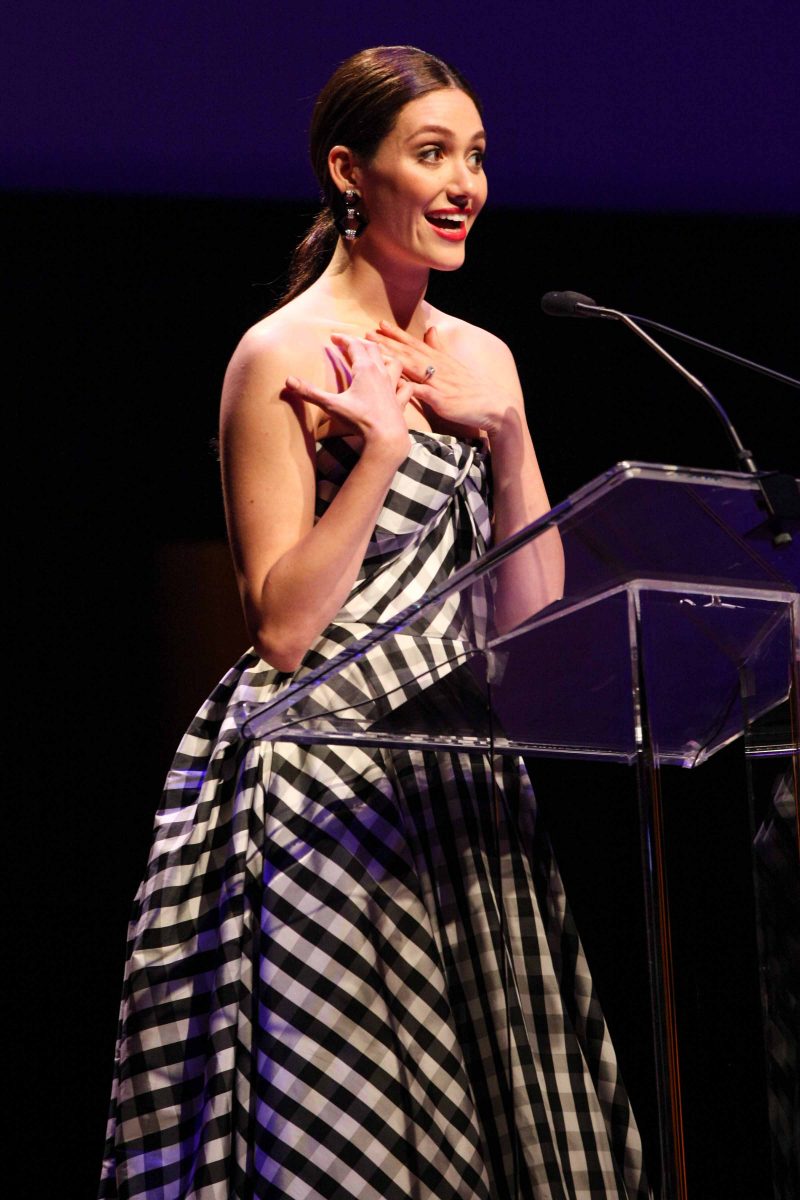 Costume designer William Ivey Long and Herrera’s daughters Carolina Herrera De Baez and Patricia Herrera Lansing also joined in on the lovefest before Bailey returned to the stage to present the award to Mrs. H. “It’s wonderful to be here,” Herrera told the crowd in a short speech. “I have shown many collections at Lincoln Center. Twelve to be exact. Lincoln Center is the cultural heart of New York.” And what’s a night at Lincoln Center without some major entertainment? Living American treasure Diana Ross hit the stage (thanks to BNY Mellon) and turned the crowd “upside down, inside out, and round and round” with a rare performance. The Boss went into the vault and sang some of her greatest hits, such as “I’m Coming Out,” “Theme From Mahogany,” and “Ain’t No Mountain High Enough.” Sublime!

After a standing ovation for Miss Ross, Seth Myers came straight from a taping of his show to conclude the honor with more celebratory words for the woman of the night. “This [past] weekend, I was with my father in Pittsburgh and I went to the Andy Warhol Museum,” he said. “I knew I was coming here [tonight], but I did not realize that I would see this incredible portrait of Carolina Herrera that Andy Warhol did on the wall. And then I was realizing that Diana Ross was here and he designed one of her album covers. The reason why I think that is notable is those pieces of work were done a long time ago and both Mrs. Herrera and Miss Ross look as beautiful today, as they were back then. Not every one of Andy Warhol’s portraits are holding up that way!”

Guests moved to the concert hall’s atrium for a sit-down dinner and were surrounded by timeless archive works by the house, put together by the Savannah College of Art & Design. The evening raised nearly $2 million for the Lincoln Center Corporate Fund, which gives financial support to 10 resident arts organizations on the Lincoln Center campus. It was a supreme eve for a supreme woman. 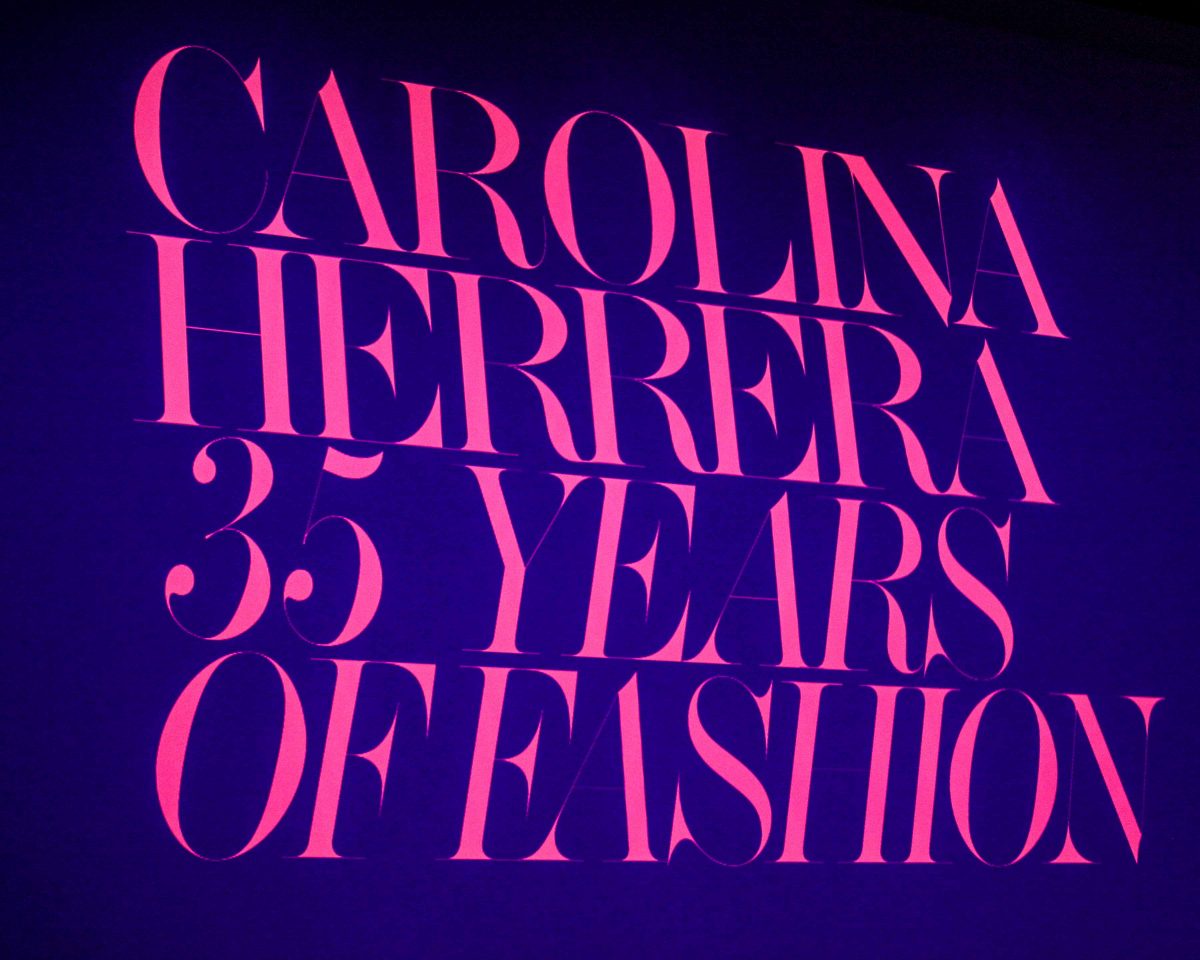 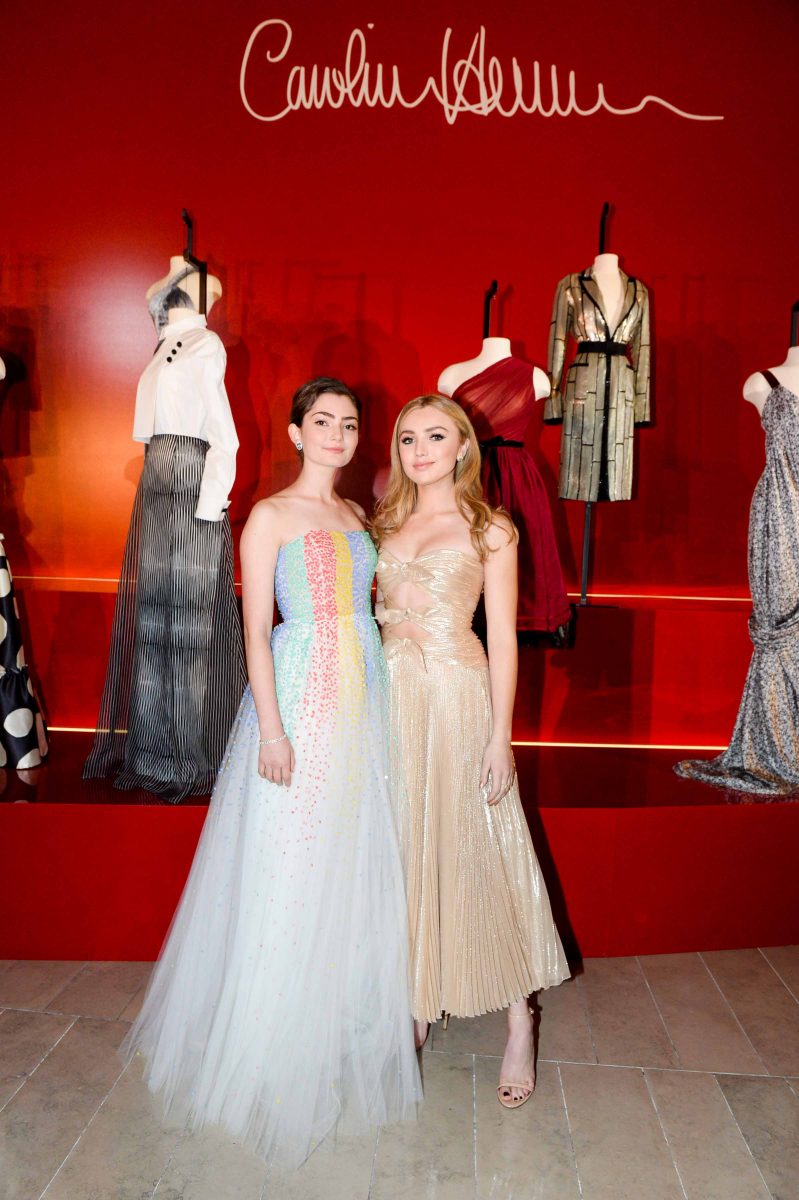 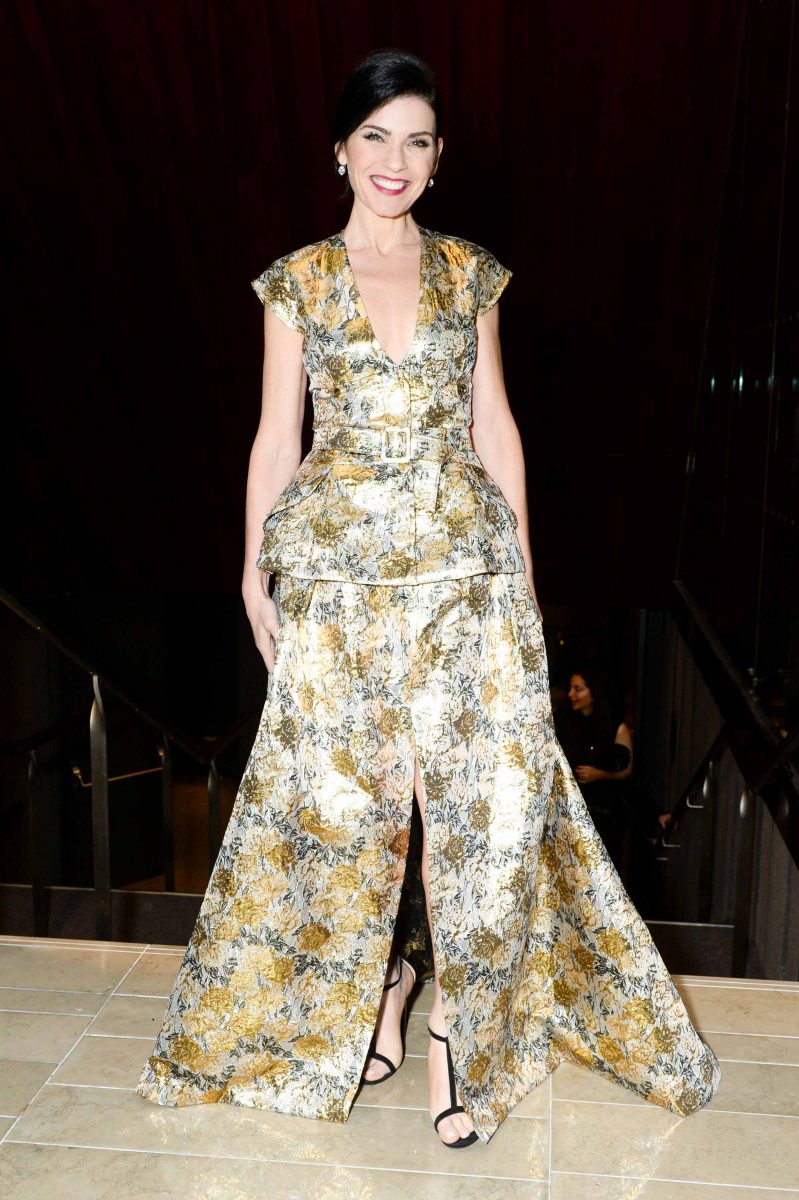 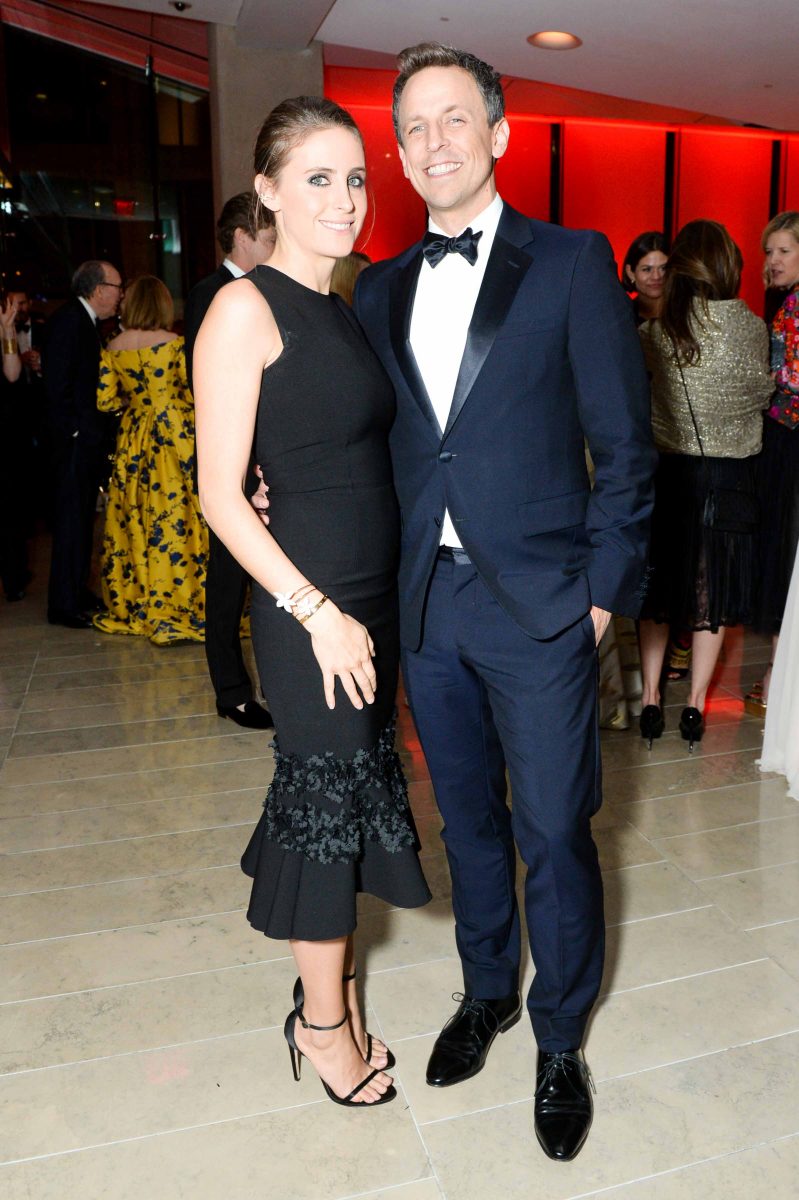 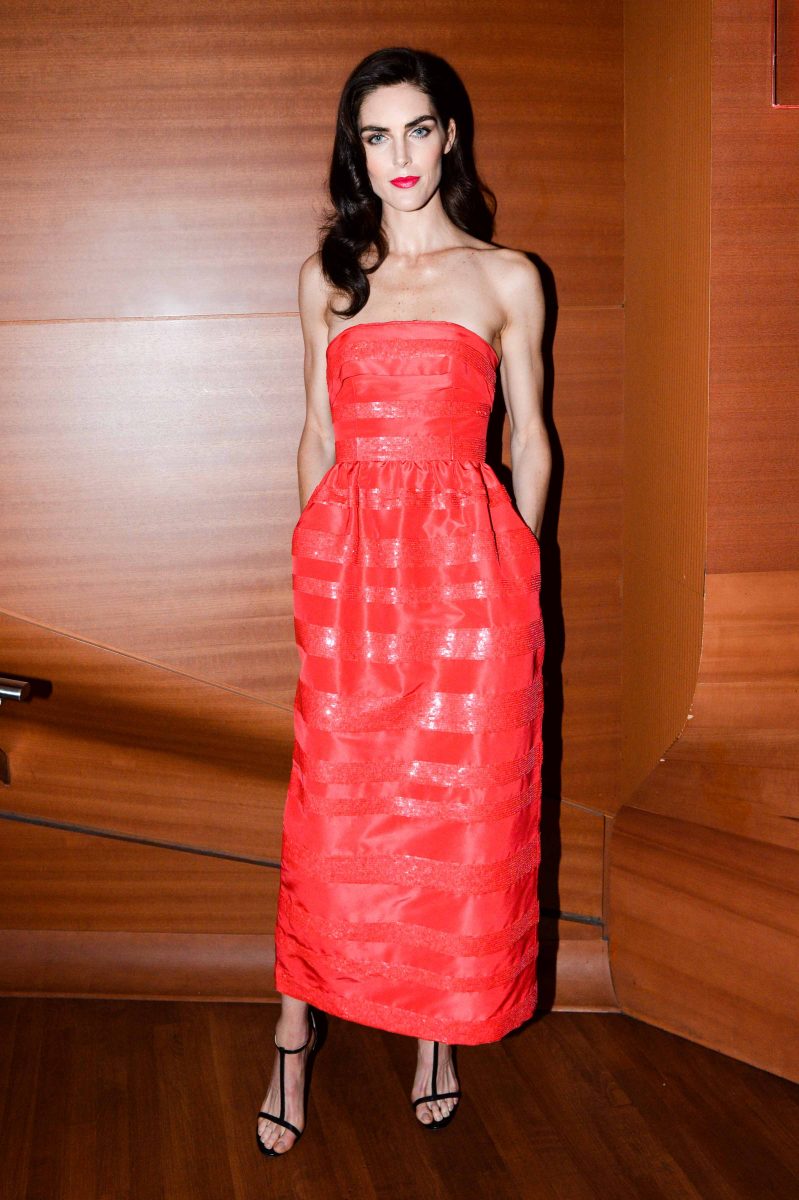 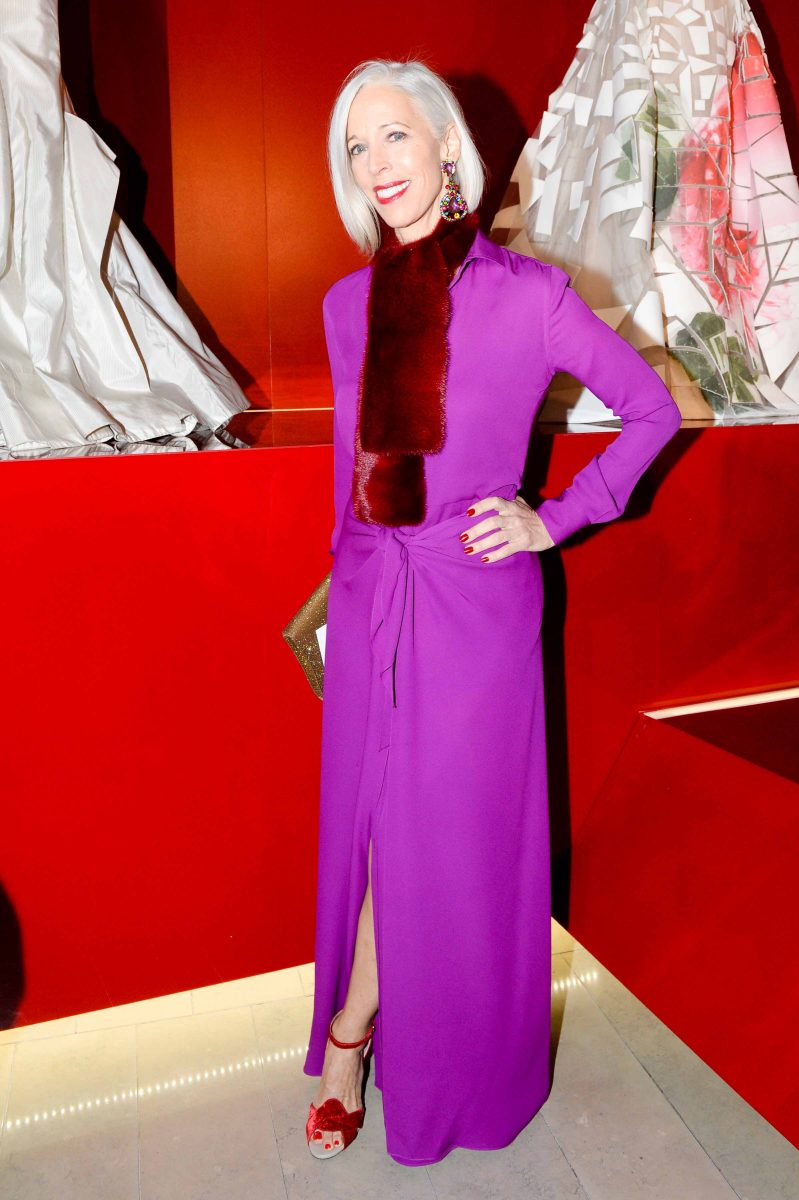 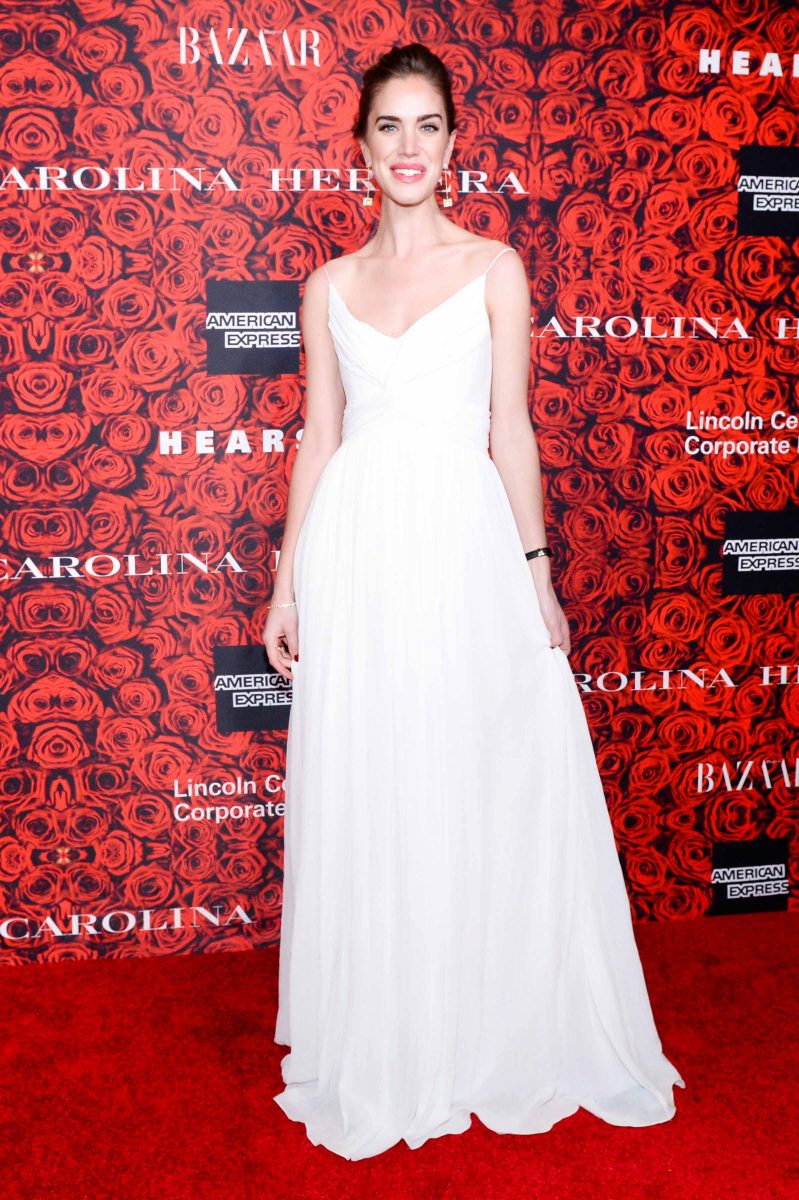 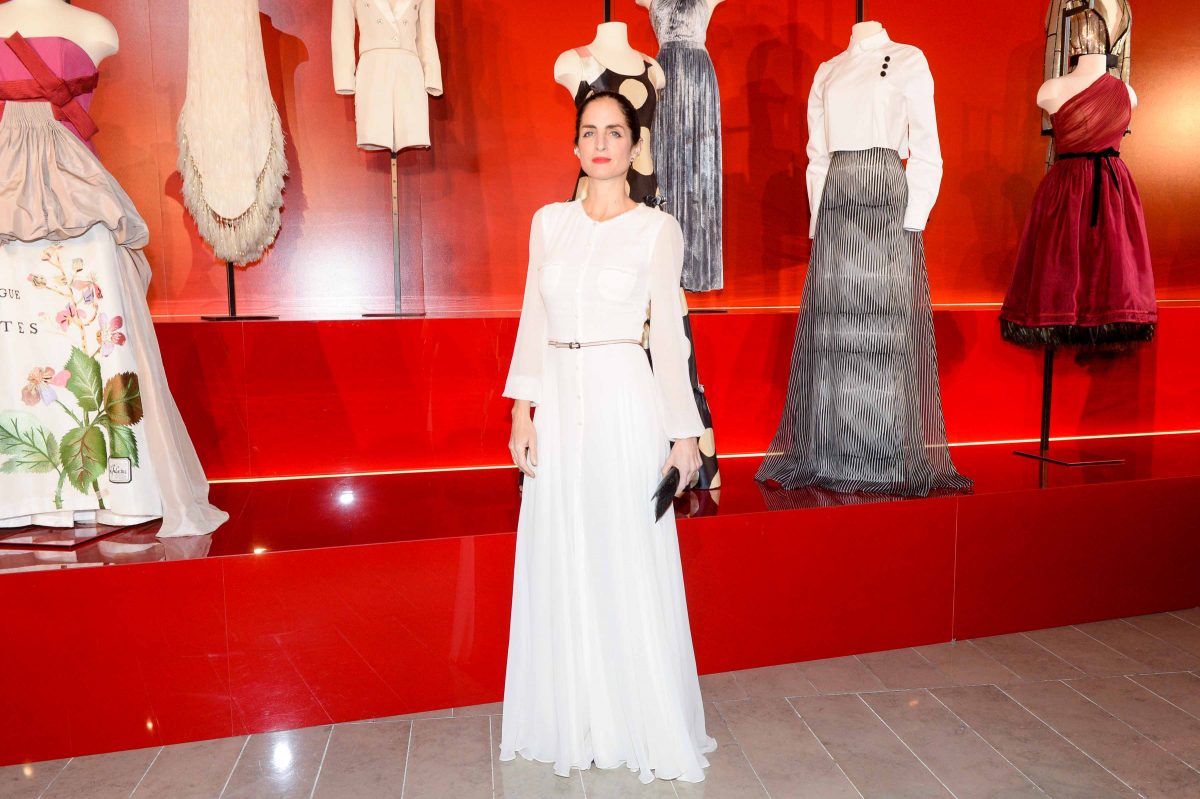 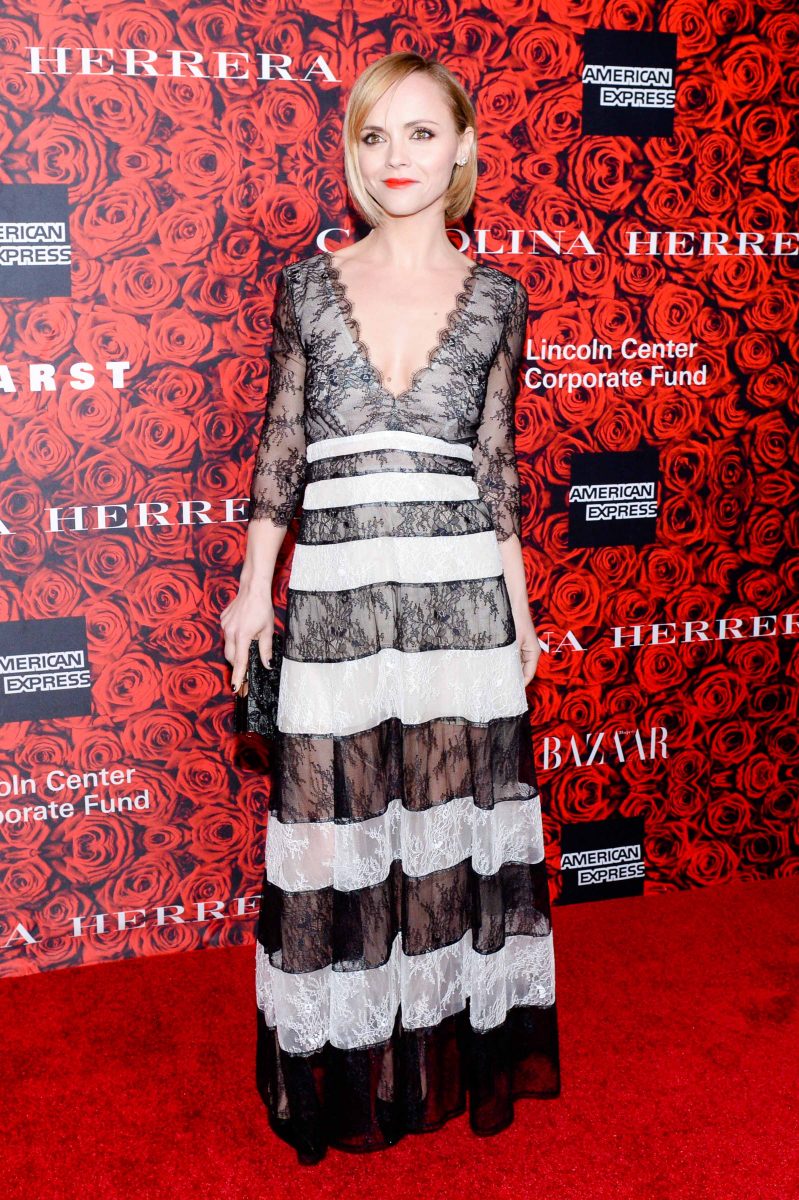 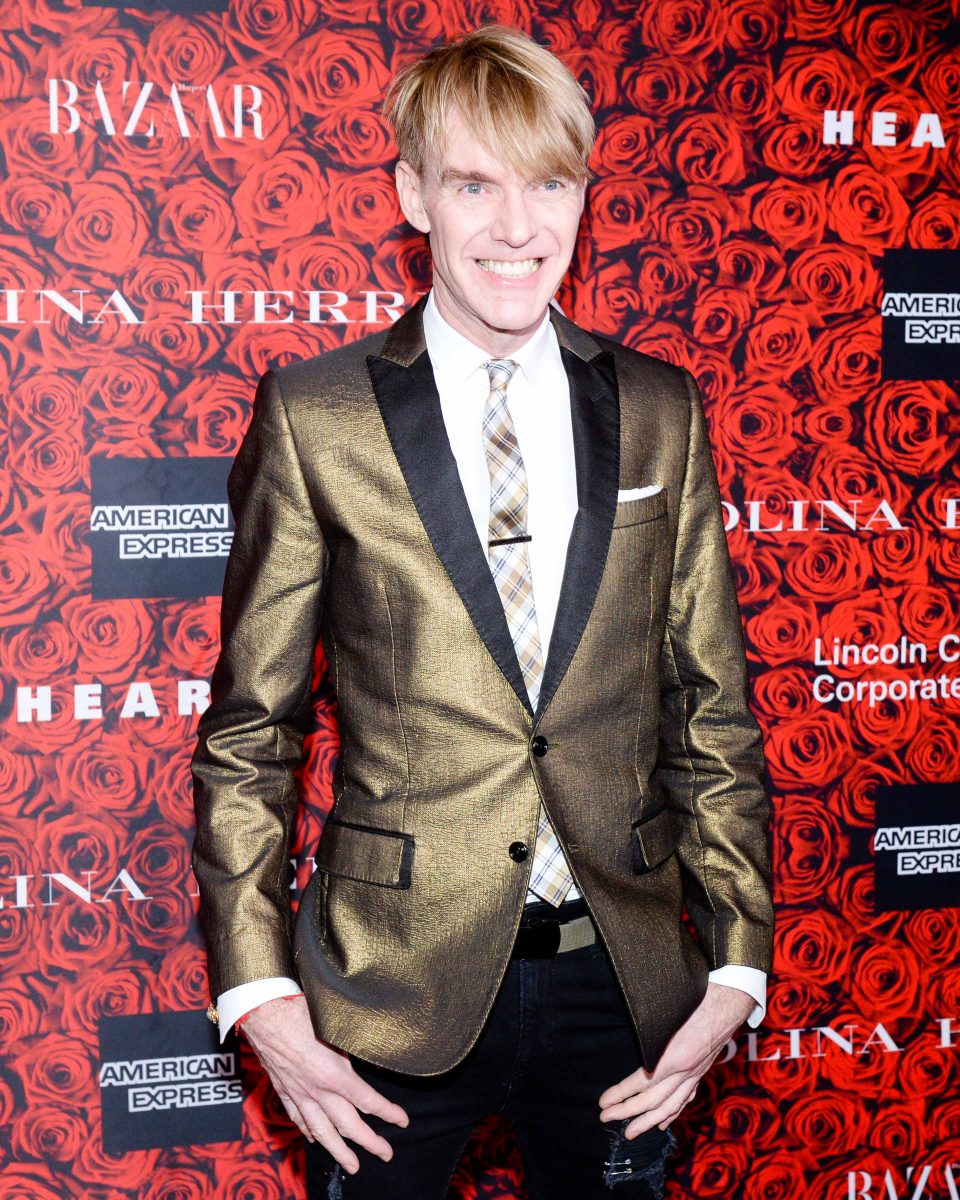 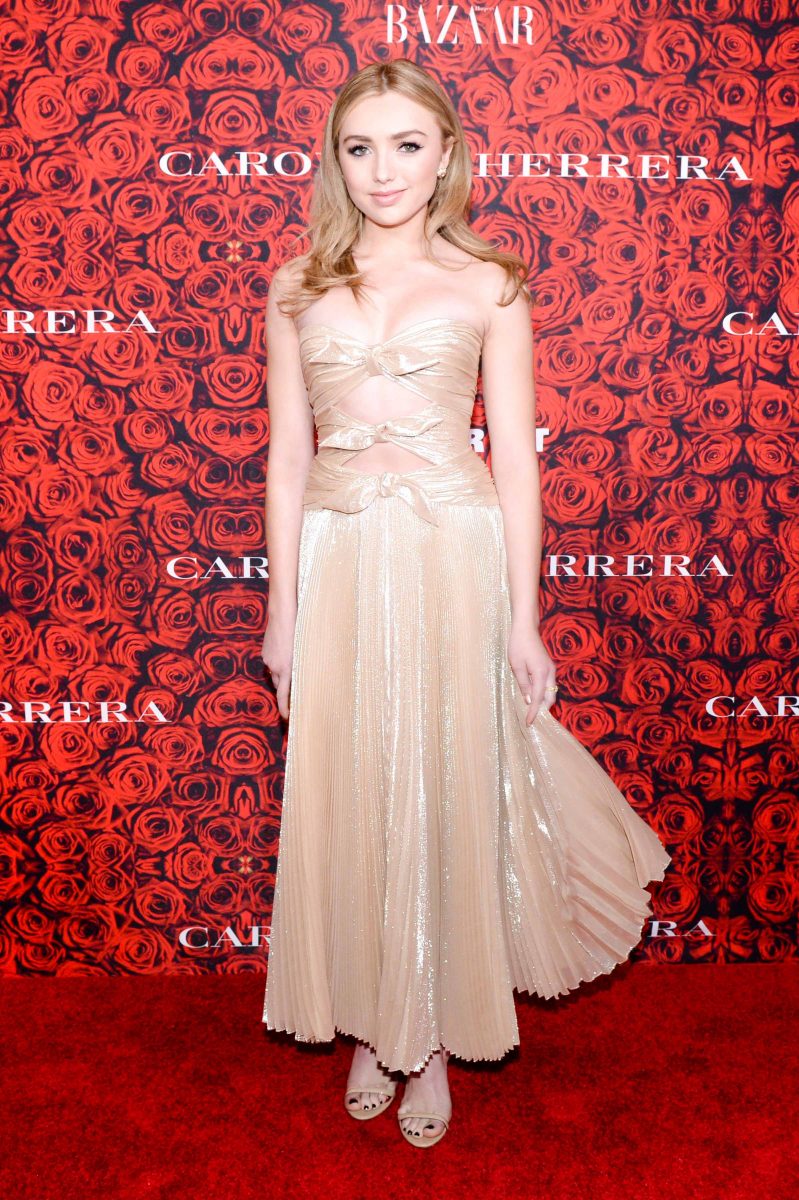