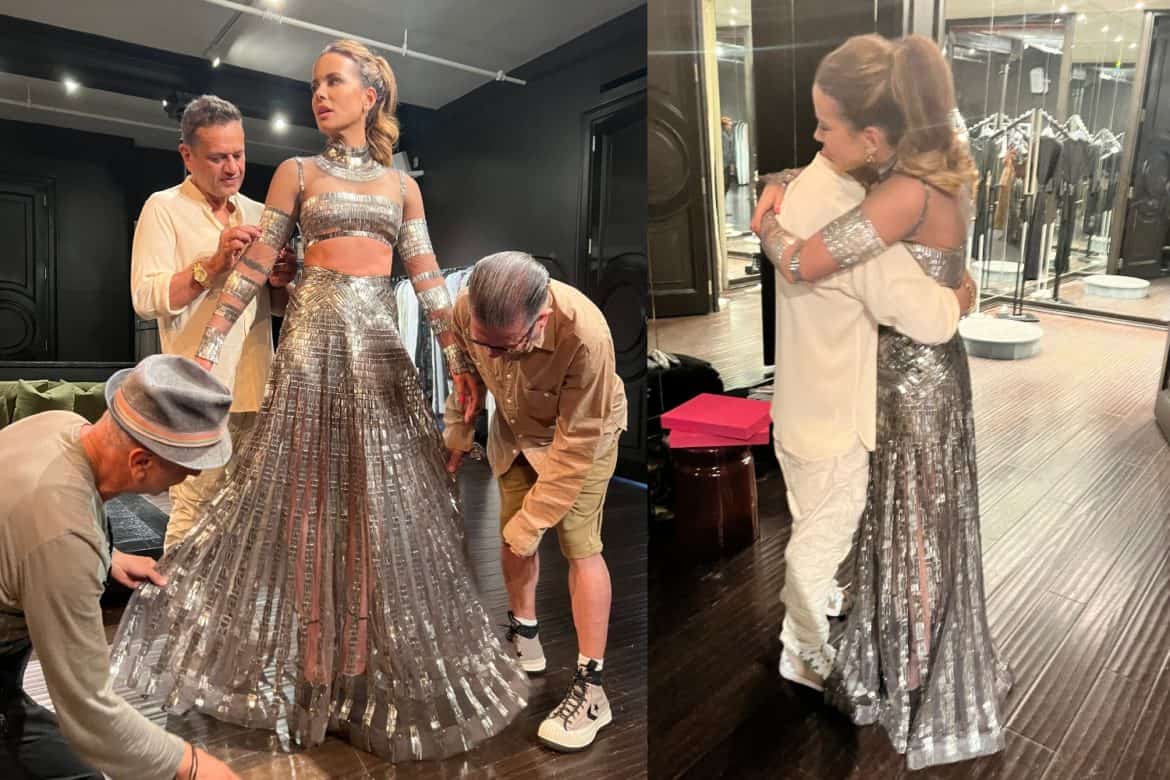 She’s a best-dressed red carpet list staple, an endearing presence on screens, a beloved personality on Instagram—and now she can add runway model to her long list of accomplishments. In a career first, Kate Beckinsale is set to close the Naeem Khan Spring Summer ’23 show taking place at Sony Hall this afternoon. Alas, she’ll be the first to say she’s feeling the nerves ahead of the big moment.

The Daily had the pleasure of tagging along to her fitting with Khan yesterday evening and getting a sneak peek at the Goddess-level metallic gown she’ll wear for the finale. “I can’t believe I’m doing this. I genuinely can’t think of anything I’ll hate more,” she joked, as the finishing touches were made to the dress while she practiced her best catwalk strut. “I always watch runway models and think, HOW do they do it. It seems so different than going on stage and being in a play. But only because it’s Naeem,” she added with a smile, when asked about her decision to make her runway debut.

When quizzed as to whether there’s any alter ego she usually channels before stepping out on the red carpet to a sea of flashbulbs, Beckinsale said: “I always tell myself I need to find my equivalent of an inner Sasha Fierce, but I’ve learned not to smile so much that my top lip rolls back over my gum out of terror, so that’s one thing at least, but I so tend to blink as soon as the cameras are put anywhere near me!”

Beckinsale, 49, continued: “I think if you maybe grew up being really confident what you look like, which I didn’t, it might feel a bit more of a normal thing but I grew up with four brothers who would push me over. So if I ever do anything, I always expect someone is going to come and push me over!” (Editor’s note: we promised her that wouldn’t happen. Not on our watch anyway.) 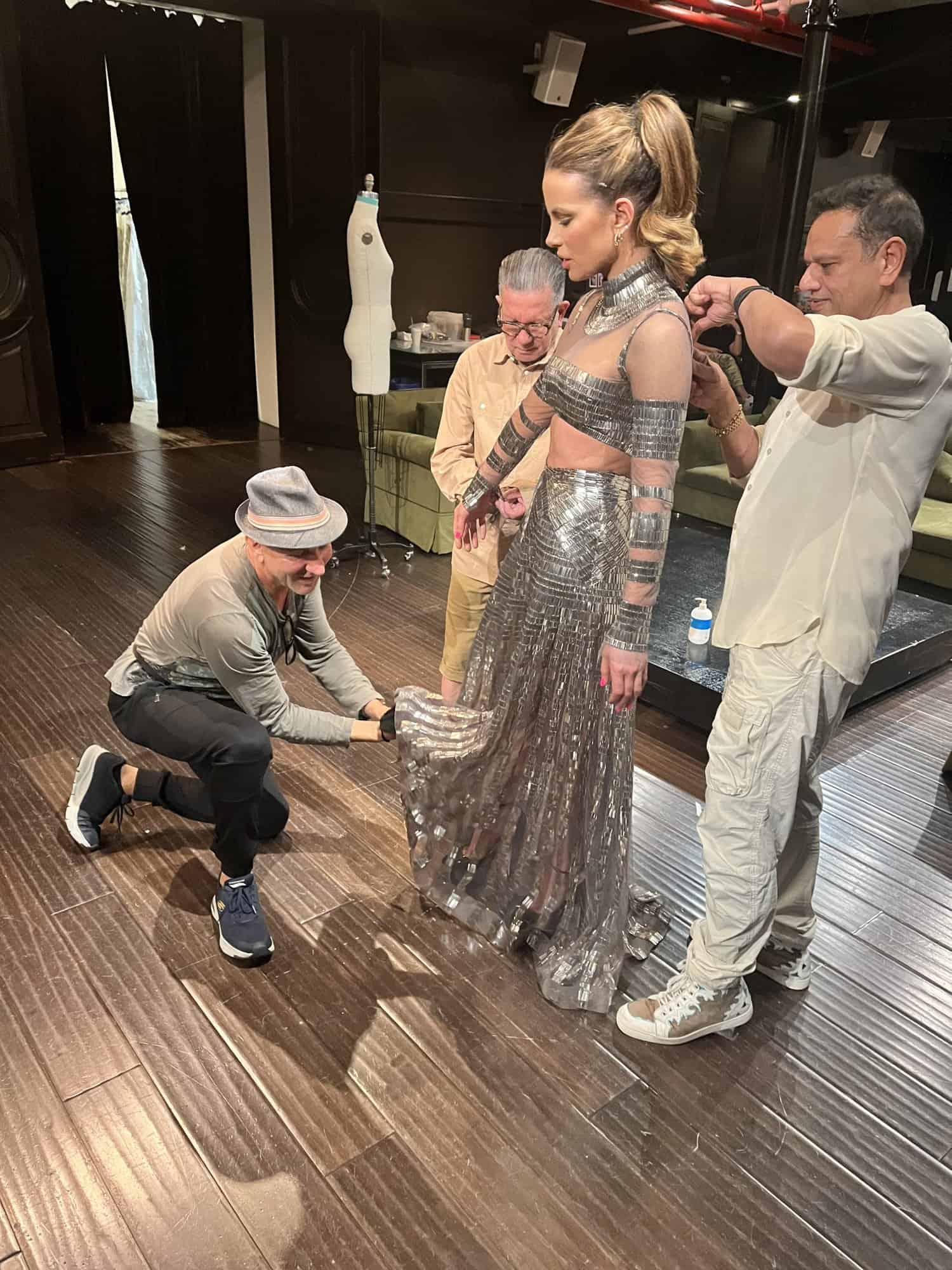 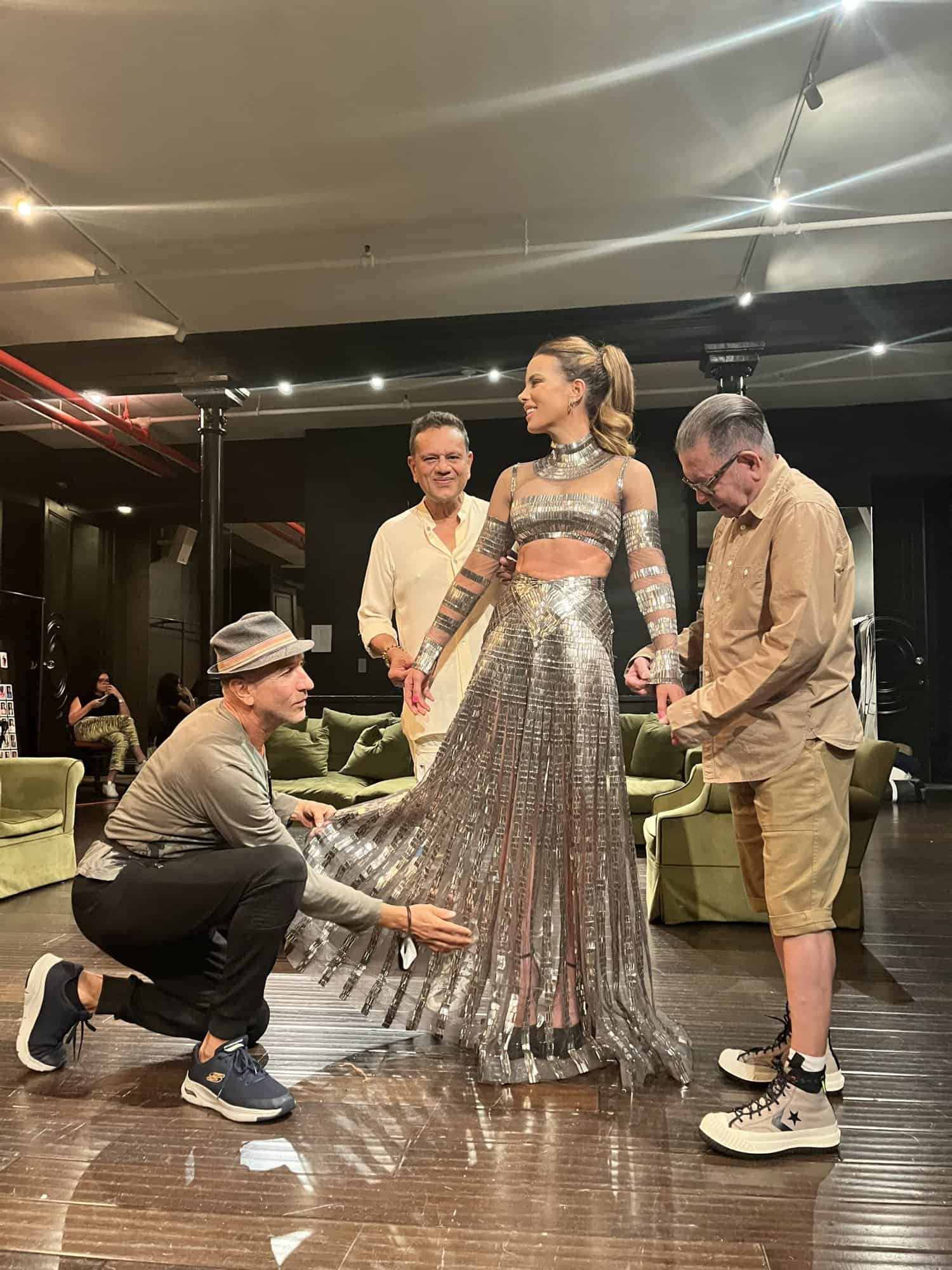 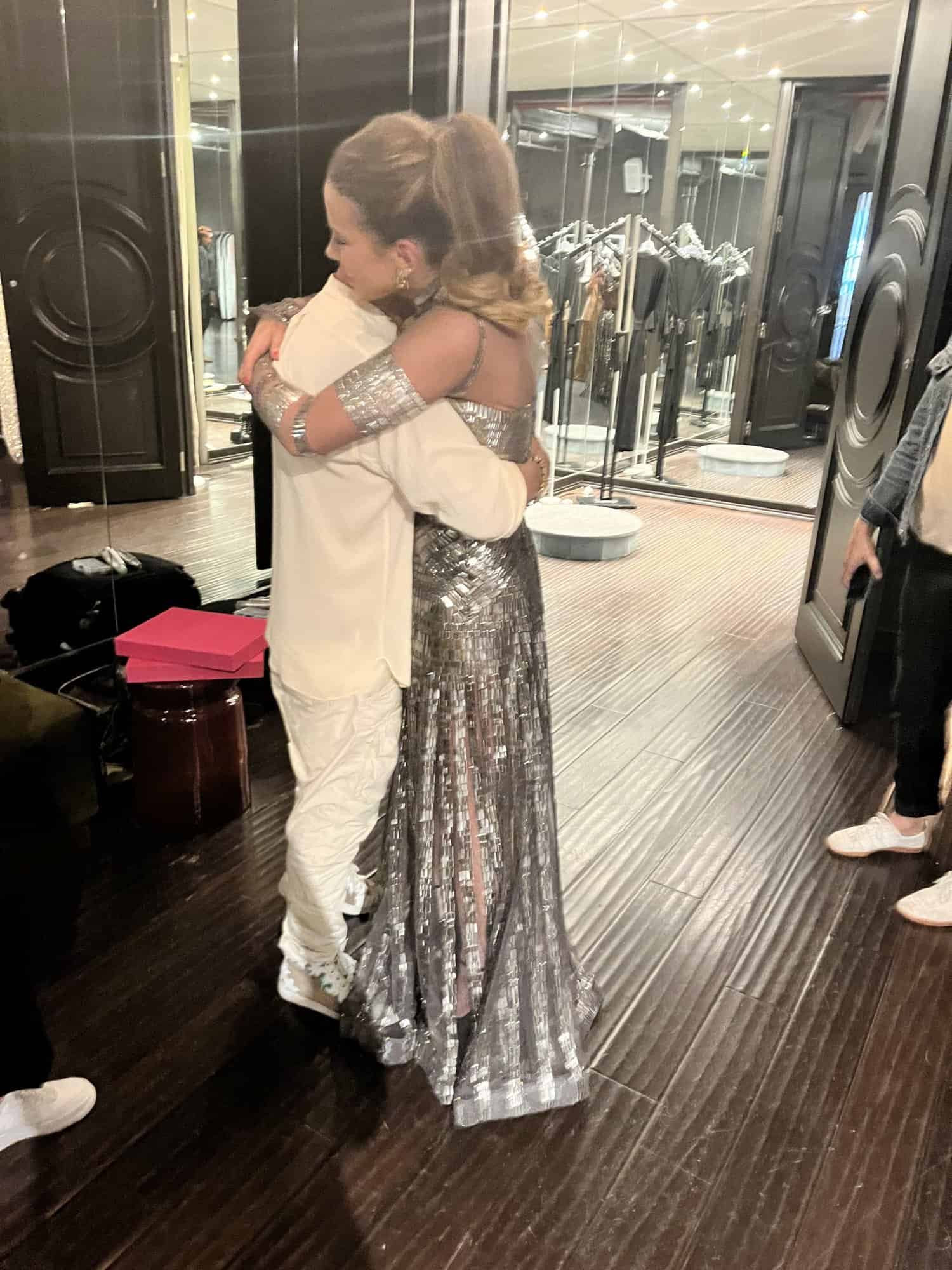 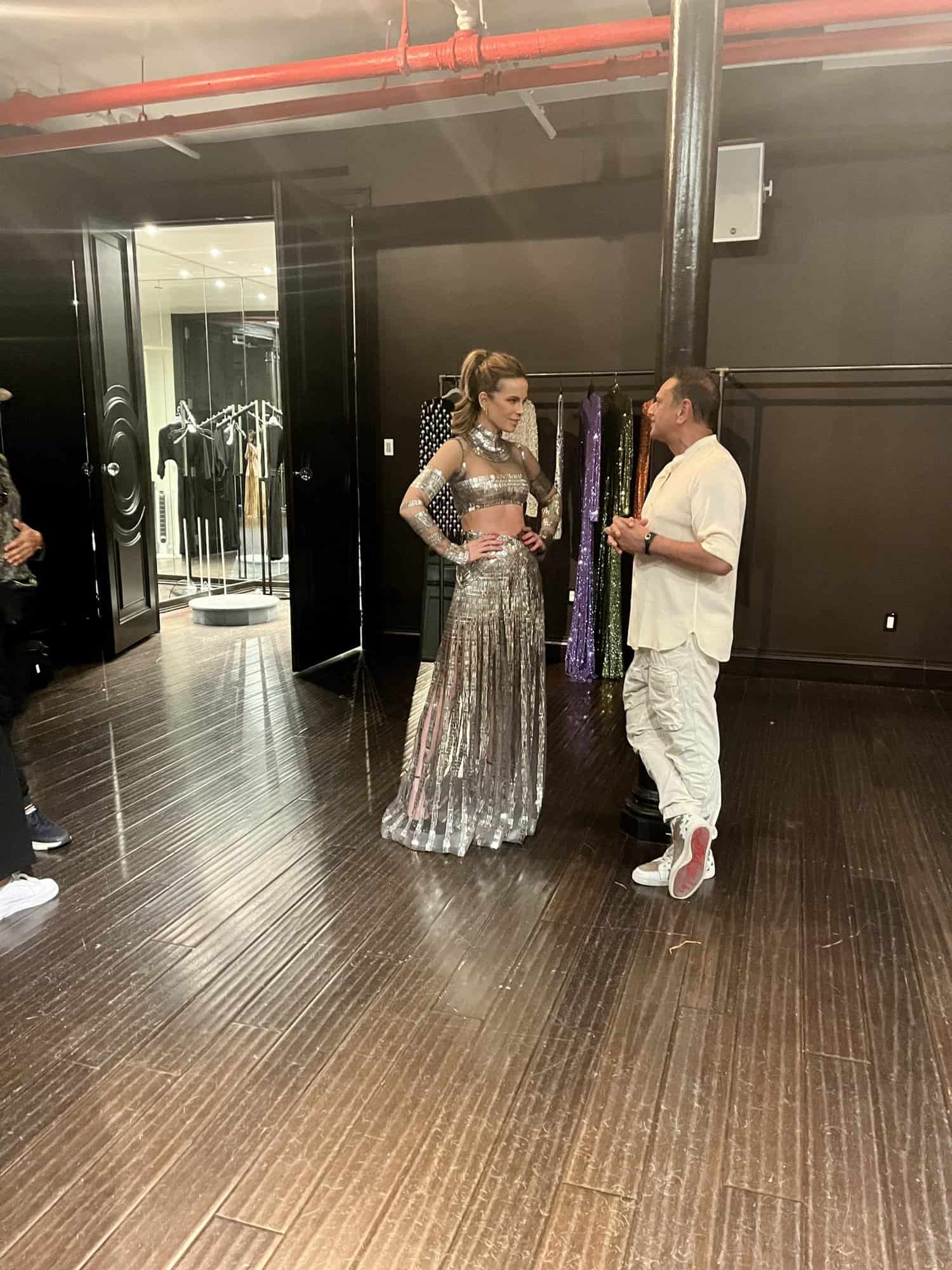 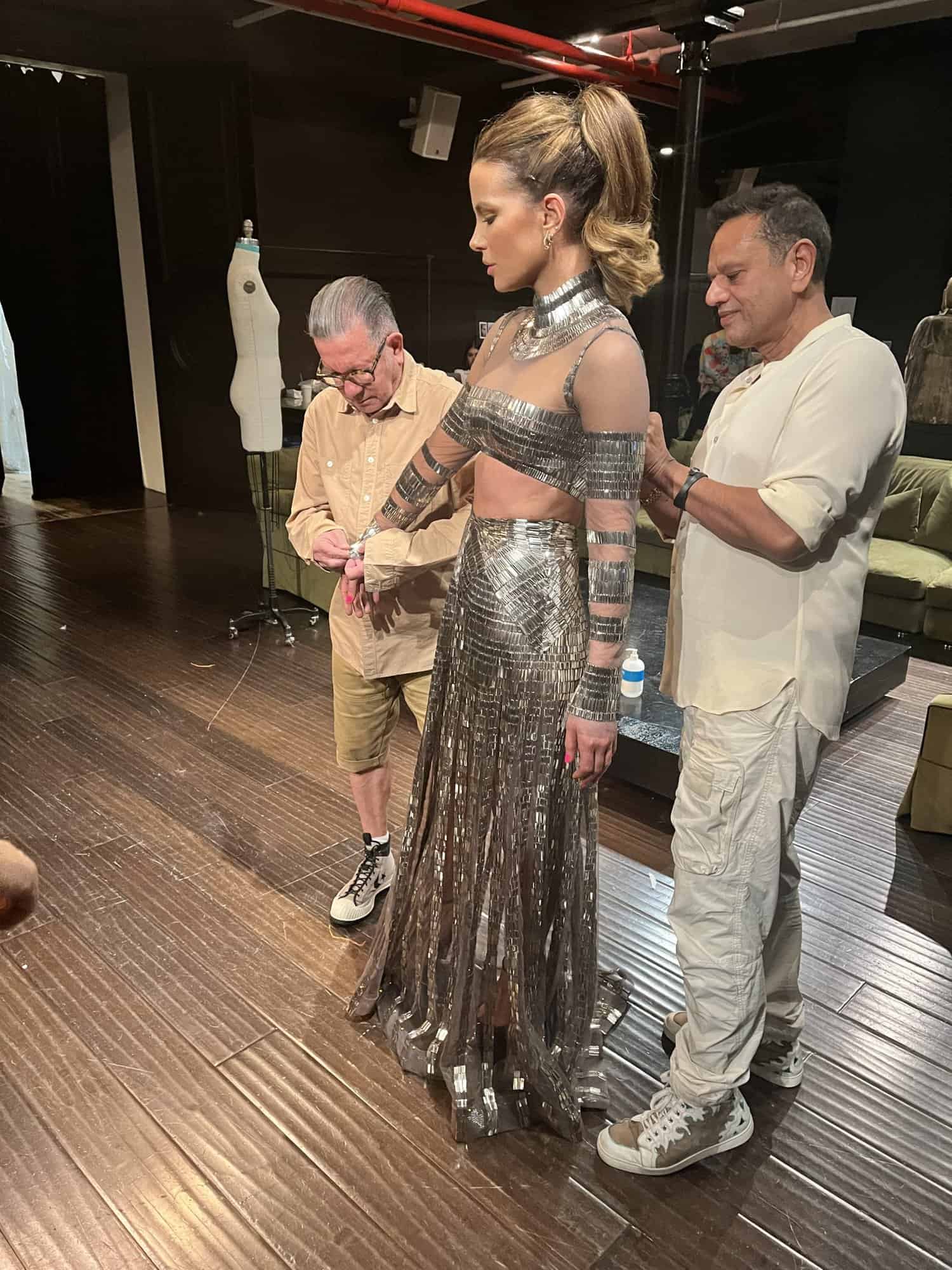 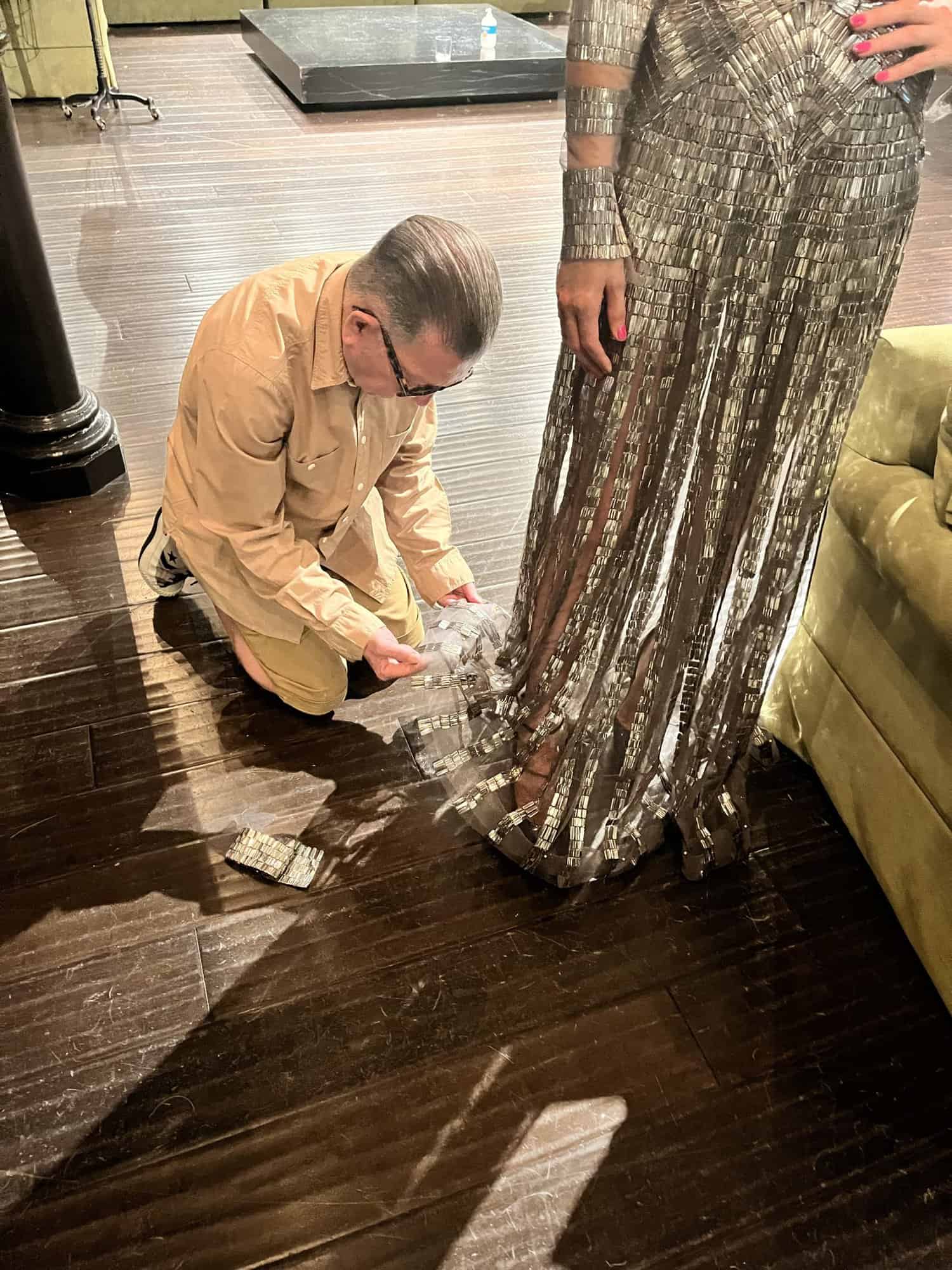 A glowing Khan looked elated that one of his favorite stars to dress for the red carpet would be taking part in the NYFW show. “I know Kate for many years—and I’ve always had great admiration for her as an artist…and a beauty,” he said. “When it was brought up that it would be great for us to work together, Oh my God I was so happy you have no idea! My whole thing was that I wanted to make sure that she’d be happy and feel confident. But now [after the fitting] I feel great. She looks absolutely gorgeous!”

“I’ve worn his stuff a bunch over the years, I can’t even remember how we originally met,” Beckinsale added about her relationship with the Indian-American designer, who began his label in NYC two decades ago. “But I remember once he started telling me about how he used to work for Halston, I was [in love]. He’s got great stories, as well as beautiful clothes.”

As for what she’ll do once the applause wraps, she’ll be heading to see her daughter, 23-year-old Unbearable Weight of Massive Talent star Lily Sheen, who’s a recently-minted New Yorker. “She’s here acting,” Beckinsale said. “I’ll see her and her boyfriend. They live in a tiny shoe box apartment so I’ll be going down the runway, and then going to her’s and cleaning up cockroaches. It’s good to balance! Always get humbled immediately.”

We knew we loved her! Keep your eyes on your Instagram feed later for her runway moment—no doubt it’ll be as viral as her own hilarious cat updates.