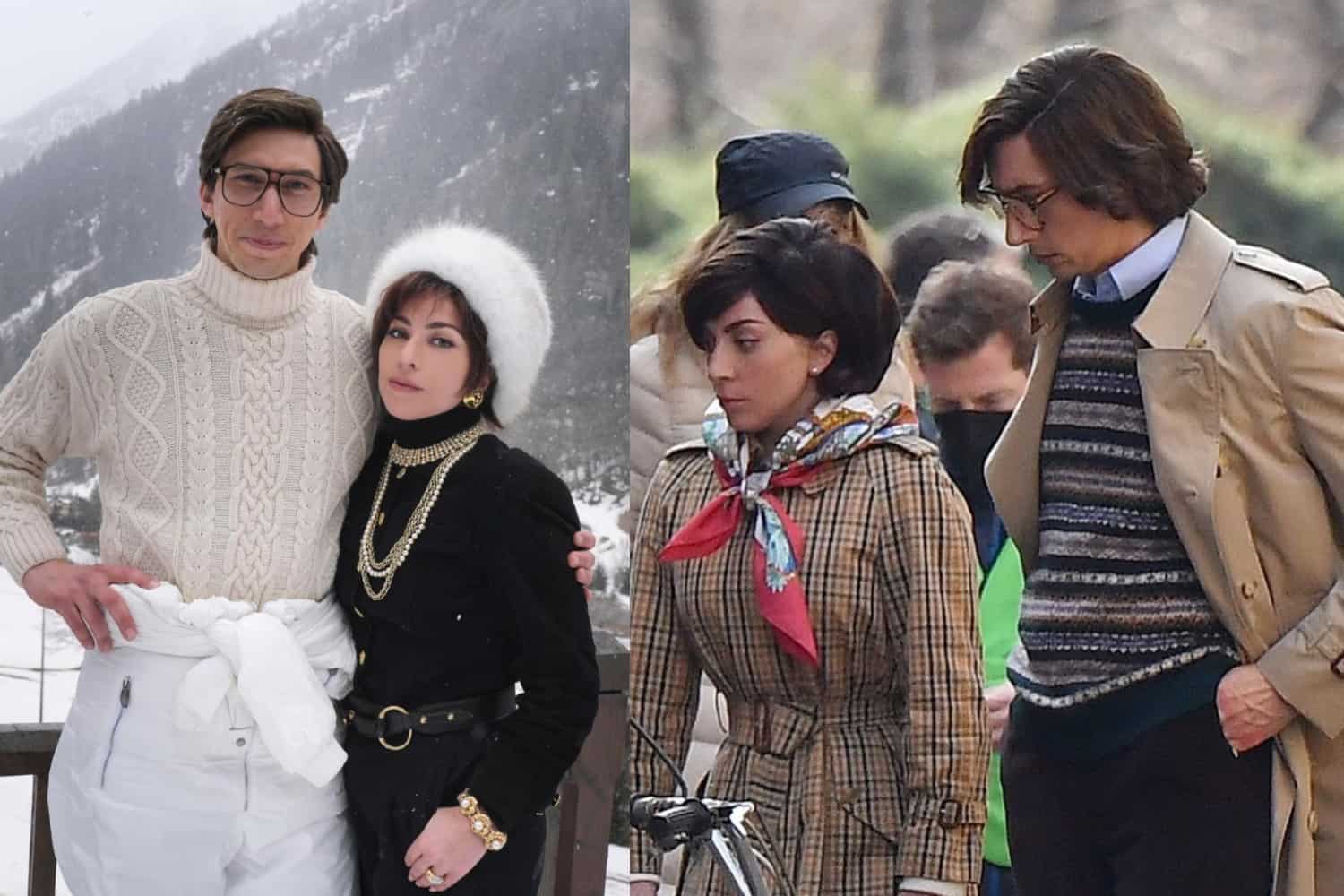 Lady Gaga and Adam Driver in House of Gucci (Instagram)

We’re going gaga over Gucci—or should we say, gaga for Gaga as Gucci?! That’s right! Lady Gaga is starring in the dramatic film “House of Gucci” alongside Adam Driver, set to premiere this November. The star revealed a behind-the-scenes look this weekend of her and Driver in ski gear in their roles as Patrizia Reggiani and Maurizio Gucci. The extremely chic (and extremely ’80s!) shot prompted a viral response online, begging the question: what else do we know?

Here’s the skinny: “House of Gucci” is directed by Ridley Scott, and additionally stars Al Pacino, Jeremy Irons, and Jared Leto. The film is directly based off of Gucci and Reggiani’s tumultuous marriage and relationship, during which she became a prominent socialite and he sold his Gucci shares to the bank Investcorp. After Gucci filed for divorce in a bitter separation, he was later shot by a hitman; the killing was revealed to have been organized by Reggiani, who was sentenced to 29 years in prison in 1999, of which she served 26 before being released in 2014. The trial was a media spectacle in Italy, with the press nicknaming her “The Black Widow.” There were also many shocking twists throughout, notably the revelations from Reggiani’s personal psychic and the news that she paid $365,000 to organize Gucci’s death.

Needless to say, the drama and cast alone has us desperate to see “House of Gucci” ASAP—but that’s not all. Combining two legendary fashion forces—AKA, the industry’s favorite pop star and one of the world’s biggest luxury labels—ensures one very stylish movie.

Additional behind-the-scenes pictures have confirmed just how fashionable an affair it’s bound to be. Think: Gaga donning a monogrammed Gucci top and fur coat, a sublime brown polka-dot dress from Max Mara’s Spring Summer 2021 collection, and a plaid trench topped with a gorgeous Gucci silk scarf. We’re not the only ones who are obsessed either—an entire account, @theguccimovie, has already popped up to document leaks from set!

A post shared by My Name Isn’t Alice 💜 (@gagaperiodt)

A post shared by My Name Isn’t Alice 💜 (@gagaperiodt)

Simultaneously, Gucci, the brand, has announced it will show its latest collection to mark its upcoming 100-year anniversary in a short film, “Aria,” according to Nylon. The movie-slash-runway show will premiere on Thursday, April 15— making good on creative director Alessandro Michele’s decision last year that the brand will only do two shows per year.
In addition to all the Gucci news, Gaga’s off-duty looks have prompted a standout series of fierce paparazzi pics—the likes of which we haven’t seen since her “A Star is Born” days! The pop star was spotted on separate occasions in a white pantsuit, chic camel coat, and flowing leopard caftan while filming in Italy, accessorized with massive Gucci bags (naturally) and Valentino’s latest shoulder bag—plus her signature towering heels. It looks like Mother Monster—and Signora Gucci–is officially back! Grazie!
Subscribe to our newsletter and follow us on Facebook  and Instagram to stay up to date on all the latest fashion news and juicy industry gossip.
Adam DriverGucciLady Gaga
0 comment 0 FacebookTwitterPinterestLinkedinTumblrEmail

Demi Lovato Opens Up About Authenticity, Addiction, and Identity