Demi Lovato Opens Up About Authenticity, Addiction, and Identity 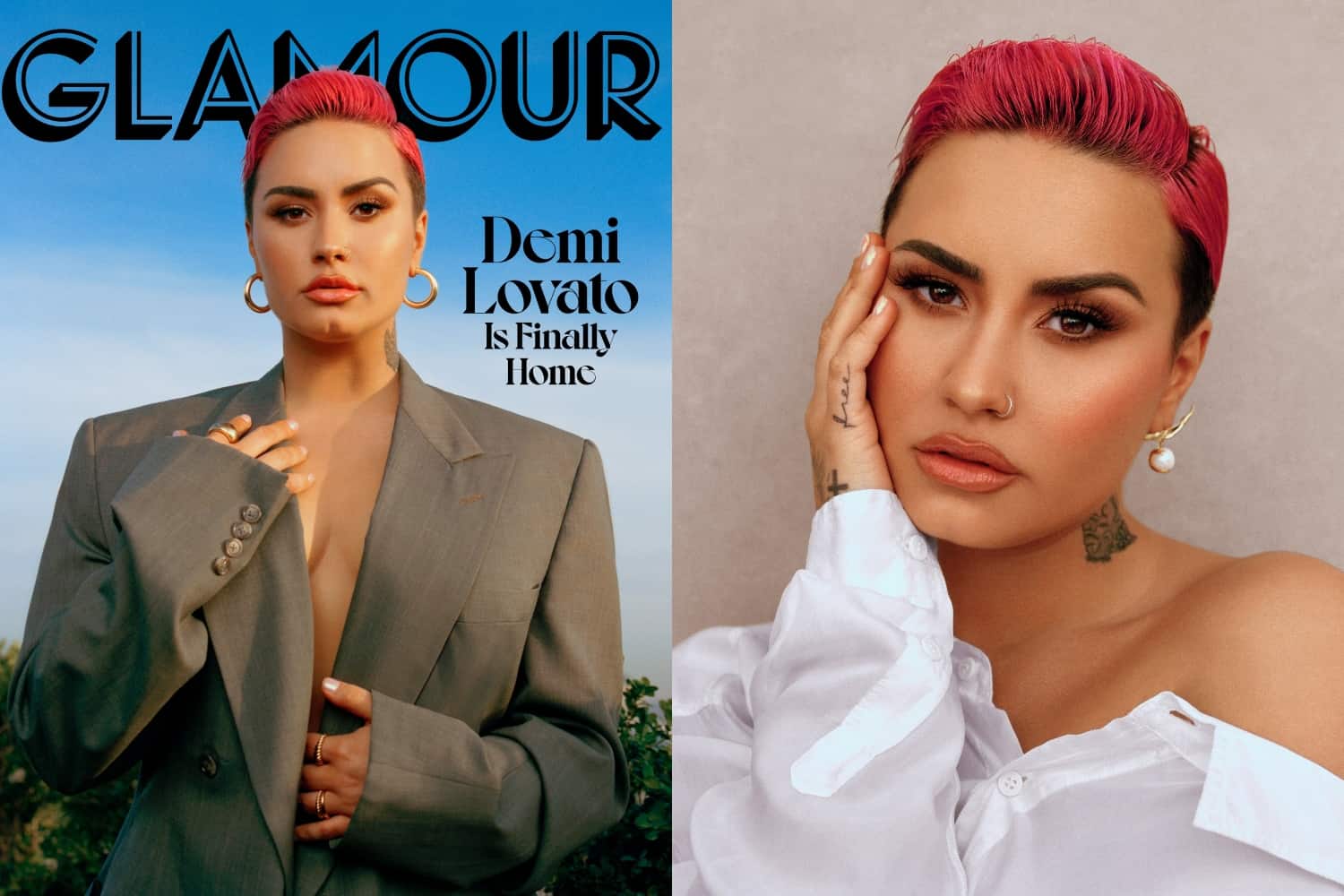 Demi Lovato is looking cool and confident on Glamour‘s April 2021 cover! The singer has returned to the spotlight, making a statement in a bold pink pixie cut and an oversized Henna x Apple Save blazer for the digital magazine’s latest issue, shot by Amanda Charcian.

In the accompanying interview, Lovato talks deeply with writer Christopher Rosa about her 2018 overdose, called-off engagement, sexuality, and what’s next for her musical career. She also previews her upcoming documentary series “Dancing with the Devil,” which premieres on YouTube on March 23 (the trailer has already racked up nearly 20 million views!).

From the editorial, it’s clear that, more than ever before, Lovato is staying true to herself and keeping an open mindset towards the future.

“I’m the type of person that when you take something out of my life, something else just becomes more beautiful,” she tells Rosa, while discussing the medical repercussions of her overdose. “I think that when the universe shuts one door, it opens another or there’s a window to open. It just depends on your perspective and how you choose to look at it.”

Here are some other highlights from her Glamour interview:

Discovering her pop star identity: “I was trying on different identities that felt authentic to me but weren’t me,” she says. “The super-feminine pop star was an identity that sounded like it fit and looked like it fit, so I put it on like it fit.”

Reflecting on her Confident era: “I wasn’t confident at all. I had a false confidence because I was conforming to everybody else’s ideals.”

Finding life balance: “It’s really interesting—finding that balance,” she says. “Once I really did find it, my whole life fell into place the way it was supposed to.”

The road to recovery: “A one-size-fits-all solution does not work for everybody,” she says.

On her queer identity: “Some of the guys I was hanging out with—when it would come time to be sexual or intimate, I would have this kind of visceral reaction. Like, ‘I just don’t want to put my mouth there.’ It wasn’t even based on the person it was with. I just found myself really appreciating the friendships of those people more than the romance, and I didn’t want the romance from anybody of the opposite sex.”

Moving forward after her called-off engagement: “I’m very much listening to my intuition, and that’s not to say my boundaries or my guard is up. It’s just saying my ears are perked a little higher and my eyes are open a little wider.”

On authenticity: “Nothing people say or do is going to really change the way I live,” she says.

Why Kaye Bassey is Your New Favorite Beauty and Fashion Influencer