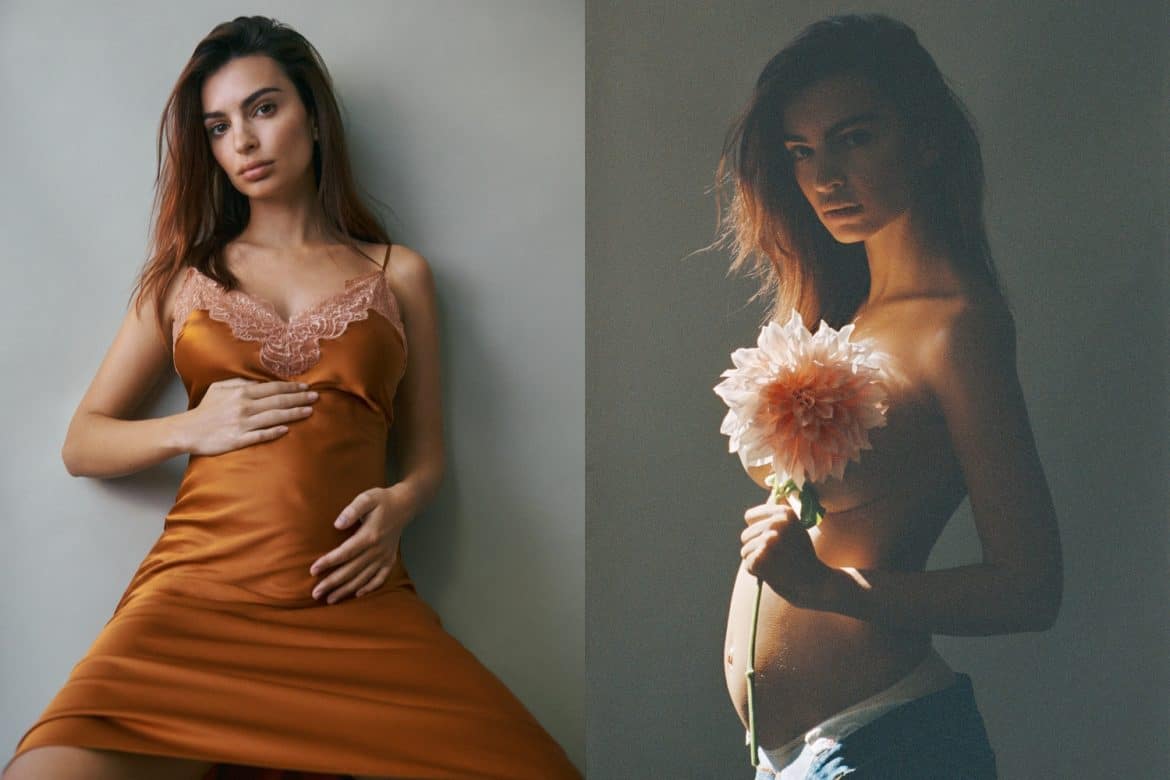 It’s baby joy for Emily Ratajkowski and her husband Sebastian Bear-McClard. The model revealed the news today in an exclusive digital cover and self-penned essay on vogue.com.

The 29-year-old was photographed debuting her baby bump by Cass Bird, and enlisted friend Lena Dunham to create a short video. However, the INAMORATA founder won’t be sharing the baby’s sex with the public—or finding out herself. In her written post, she explores gender stereotypes and why she’s opting to keep things a surprise until the birth.

She says, “…the truth that we ultimately have no idea who—rather than what—is growing inside my belly. Who will this person be? What kind of person will we become parents to? How will they change our lives and who we are? This is a wondrous and terrifying concept, one that renders us both helpless and humbled.”

She adds, “I like the idea of forcing as few gender stereotypes on my child as possible. But no matter how progressive I may hope to be, I understand the desire to know the gender of our fetus; it feels like the first real opportunity to glimpse who they might be. As my body changes in bizarre and unfamiliar ways, it’s comforting to obtain any information that might make what’s coming feel more real.”

Today, she also shared glimpses at the short film directed by Dunham to her Instagram followers. The video project is titled “Who Will You Be?”. The clip shows Ratajkowski at various pivotal moments during the first trimester, including doctor visits and seeing her ultrasound for the first time. Her dog, Colombo, also makes several cute appearances, even nuzzling her small baby bump.

Dunham calls the video the “opposite of a People magazine baby announcement.”

She told Vogue, “It was important to me that it feel very unfiltered and authentically present…I have talked a lot about my own infertility and how the culture of baby announcements and Instagram can make women feel excluded or less than, but actually early pregnancy is a very confusing and complex time—how could we capture all that but also feel the hope and joy of growing new life?”

“That’s why I wanted to see Emily doing mundane things and focus more on her daily life than on her belly, and more on her inner monologue than on the way the world reacts to a newly pregnant mom.”

The Costume Institute’s ‘About Time’ Exhibit Opens This Thursday