Eli Manning Will Tie Your Tie 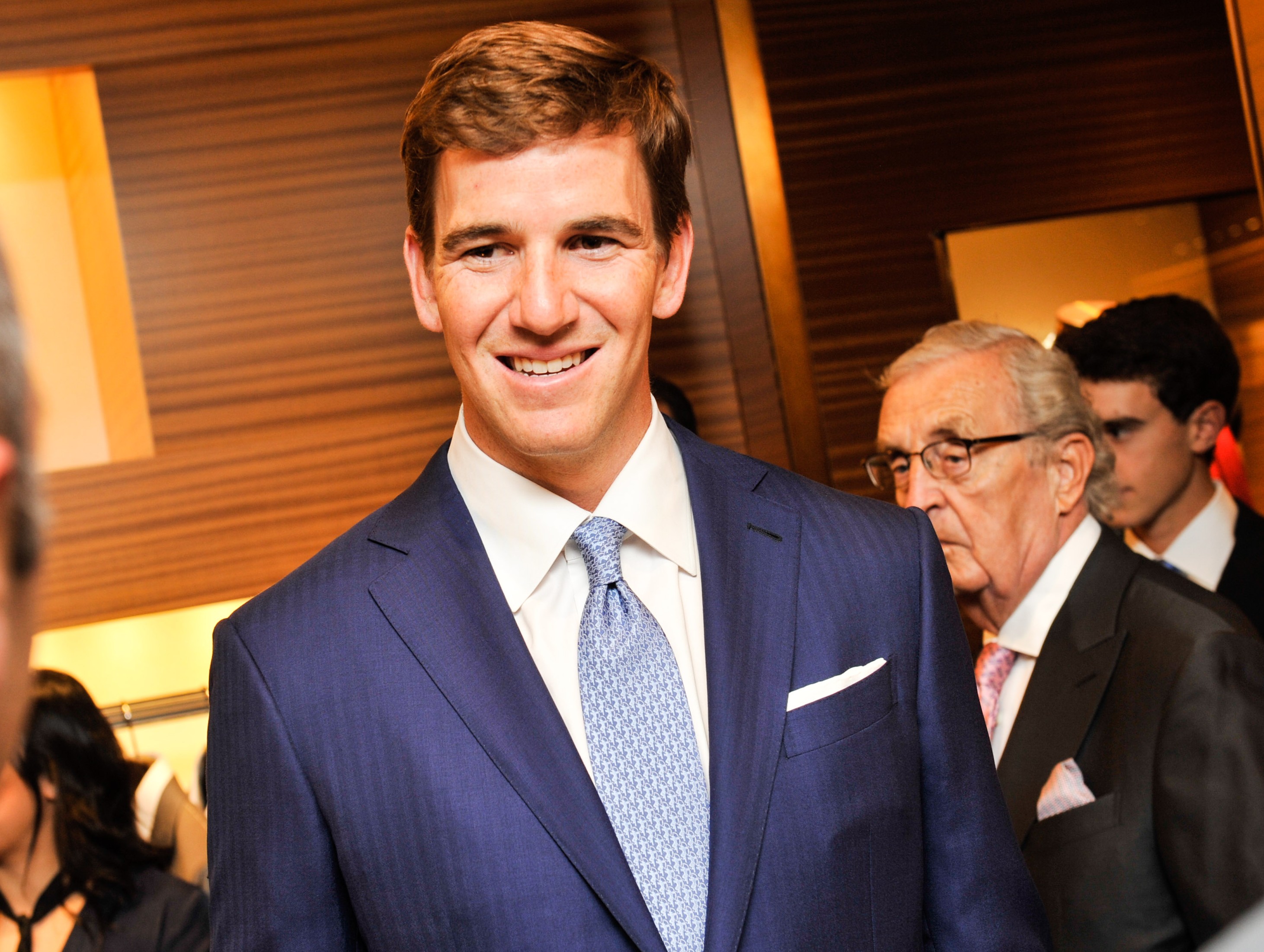 Last night, our favorite QB, The New York Giants superstar Eli Manning, hosted a special evening with Ermenegildo Zegna to support The Robin Hood Foundation at its Fifth Avenue store. We chatted up Manning, and talked suits, summer, and where we can spot him on the East End.

How did you cross paths with Zegna?
When I was about to get drafted for the NFL, I needed a new suit, and Zegna was what I chose. I knew my brother [Peyton] had worn some of their stuff and it looked good on him. So I went to the store and they put me in a good-looking suit, and that’s been the end of it. They make great suits that fit well, look good, and are timeless.

Have you always been comfortable in a suit?
Down in the south, it’s more blue blazer and khakis. So coming up to New York, I was kind of like, I have to get a sharp suit and fit into the New York world. [Zegna] keeps me in style and looking the part.

Who taught you how to tie a tie?
My dad. In high school, college, and even in the NFL, I had to tie people’s ties before events. I’ve always been pretty good at it. I’ve had a lot of practice!

What’s your suit philosophy?
My dad taught me at a young age that if you’re going to an event and you may be recognized, always put on a tie. Even if they say it’s a jacket and pants event, put the tie on. It looks better and sharper. That was the philosophy I’ve had since being up in New York.

Where will we see you this summer?
We’re starting to practice here in June for the Giants. Then we have the month of July off, so I’ll be with the family, and hanging out and working out on my own. I’ll try to hit a beach somewhere or get in a swimming pool with my kids. A lot of football and family.

Any favorite spots?
I like more of the low-key areas like West Hampton or Quogue. Those areas are a little chiller and you can hide under the radar.