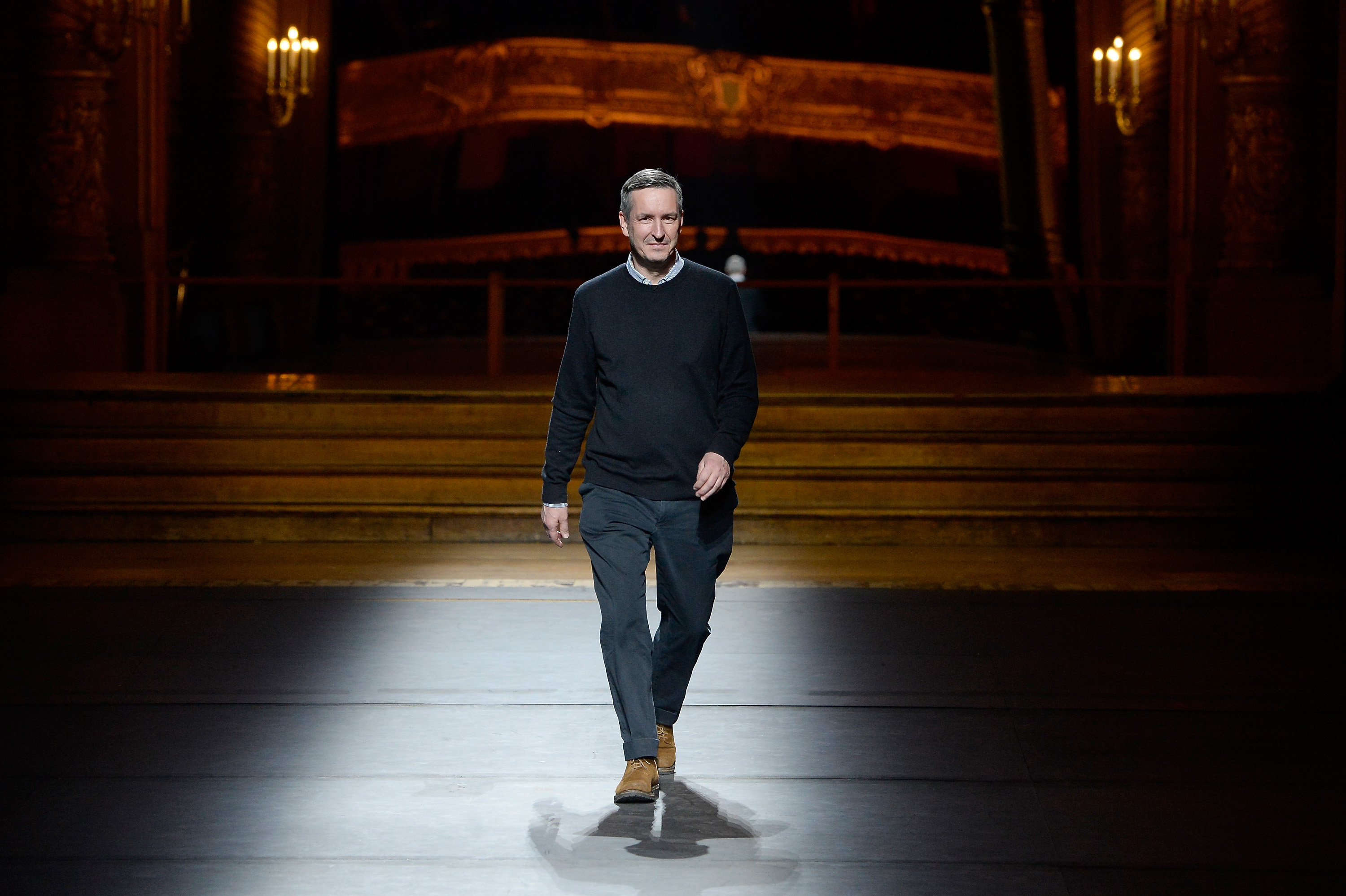 Dries Van Noten will be creating the costumes for the New York City Ballet’s Fall Fashion Gala in collaboration with choreographer Justin Peck. It will be the NYCB’s fifth anniversary of the annual gala. The ballet choreographed by Peck will be a pas de deux set to the second movement of Bohuslav Martinu’s Paino Quintet No. 2. “I am very happy to collaborate with Justin for the first time,” said Van Noten in a press statement. “Working with such a talented choreographer allows me to push my design boundaries further and share a passion for creativity with a fellow creator.”

The designer worked with Peck to create costumes from his collection that adapted to the choreography of the ballet. For dancer Sara Mearns, a bias cut dress was made from two different kinds of silk and features hand painted motifs inspired by paintings from the British abstract artists Patrick Heron. For the male lead, Amar Ramasar, Van Noten took codes and notes of men’s traditional garments but added a nod to the skirt for a more unconventional touch. Van Noten’s Spring/Summer 2015 menswear collection was inspired by the world of dance. He has also previously designed costumes for Anne Teresa De Keersmaeker‘s Rain, first performed in Brussels in 2001 and later at the Opéra de Paris in 2011, and for David Michalek‘s dance opera Hagoromo performed at New York’s Brooklyn Academy of Music in 2015.

The Fall Fashion Gala will also feature a roster of other acclaimed designer and choreographer pairings including: choreographer Annabelle Lopez Ochoa and designer Rosie Assoulin, a ballet with principal dancer Lauren Lovette in her first-ever work for the NYCB with costumes by designer Narciso Rodriguez, and the NYCB’s Corps de Ballet member Peter Walker‘s first-ever work for the company with costumes by Jason Wu. The gala, which will be hosted by Ricki Lander, Noriko “Daisy Lin” Maeda, and Sarah Jessica Parker, will take place on September 20th and tickets can be purchased online at NYCBallet.com.

ThankYouX on His ‘Collage Dropout” Exhibit