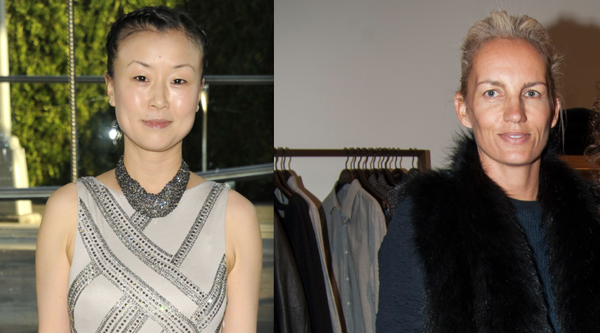 (NEW YORK) Ten months after joining Vince as creative director, Doo-Ri Chung is parting ways with the contemporary line. Effective tomorrow, Chung’s resignation is also a farewell to Los Angeles, where she’s been based for her Vince stint. Instead of a successor for Chung, Vince president Karin Gregersen is tacking on the freshly-minted title of chief creative officer. Expect Gregersen to helm Vince’s design, wholesale business, and merchandising and marketing. Gregersen arrived at Vince in March, two months after Chung, following a 13-year stint at Chloé and previous gigs at Givenchy and Wolford.

Prior to joining Vince, Chung left her eponymous label in June 2012, shortly after turning out a collab with Macy’s for their Impulse department. Chung arrived at Vince seven months later amid a flurry of action: the brand’s co-founders, Rea Laccone and Christopher LaPolice, left the company just days before Chung’s arrival was announced. Additionally, rumors of Vince’s IPO intentions had mounted. The public offering became official in July. On the retail front, Vince rolled out a flagship Soho location two weeks ago.

Chung’s desire to return to NYC propelled her decision to leave Vince, according to WWD. Since moving west in January, Chung has designed the line’s Fall 2013, Holiday 2013/2014, and Spring 2014 collections. As for Chung’s next move? Stay tuned…
ALEXANDRA ILYASHOV

The Newly Renovated Villa Carlotta Is the...

How Platform Plans to Transform LA