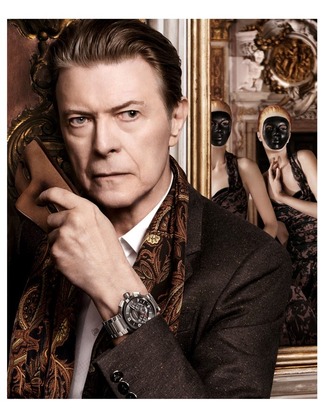 Oh, happy day. David Bowie appears in the new Louis Vuitton campaign shot by David Sims. It’s all part of a short film, L’Invitation Au Voyage, starring co-starring Arizona Muse that will be released on the label’s app on November 7th before a television campaign unrolls on November 19th. The 66-year-old music icon will appear playing “I’d Rather Be High”, a tune from his new album, on a harpsichord in Venice, Italy. Bring it on.

Project Gravitas' Lisa Sun On Her Line Of Shapely LBDs