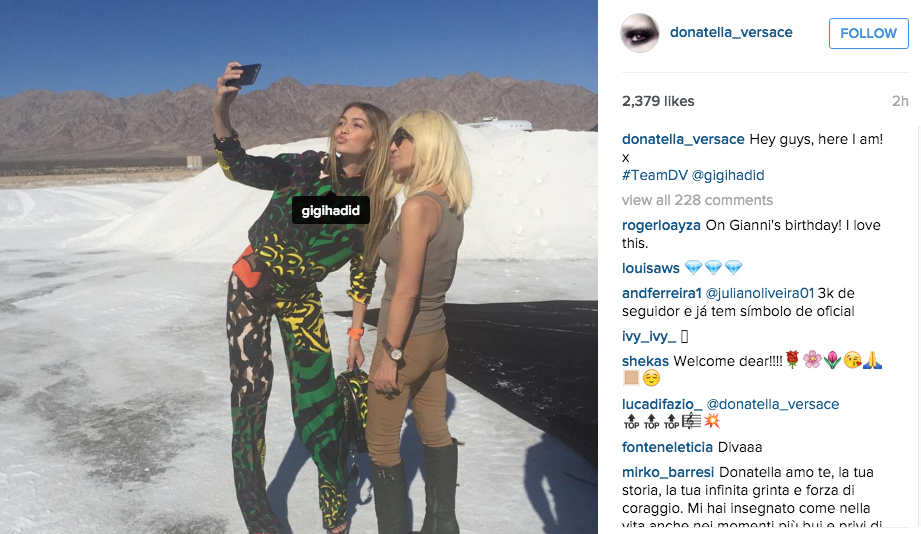 Finally! Today, Donatella Versace debuted on Insta at @donatella_versace. Just last month, Alber Elbaz also joined, attracting more than 10,000 followers in just 24 hours. At press time, Versace already has 8,701 followers, and her first snap has earned 2,375 likes. (It was a shot of the designer alongside supermodel Gigi Hadid taking a selfie. Smart move: Hadid has 9.2 million followers and counting.) The tag for her profile reads,”Me, Donatella. I believe in individuality and the freedom to be whoever you want to be. And by the way… I am the Designer.” As if we didn’t know! In a press release sent out by the brand, Versace said Donatella would be “sharing images from her life, insights from behind the scenes at Versace, her thoughts and opinions and her musical and cultural passions.” And don’t skimp on the selfies, sweetie!