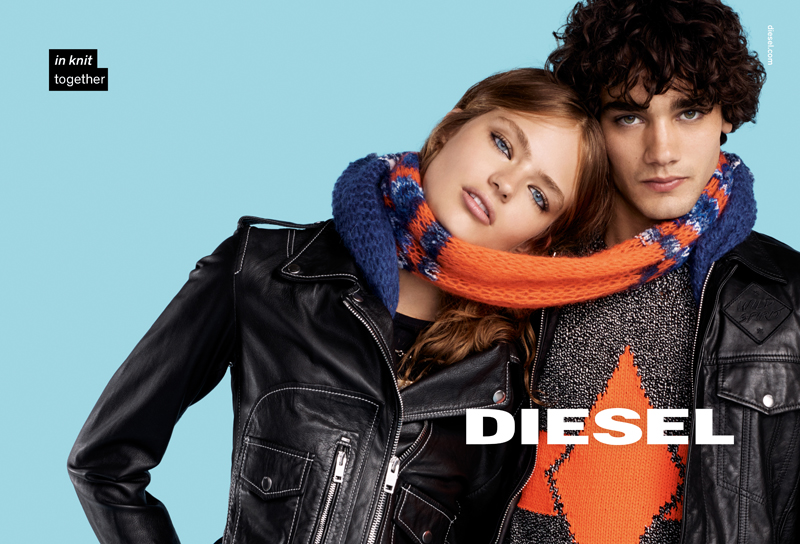 For its Fall/Winter ’16 campaign, Diesel is telling it like it is. Following two of its most recent campaigns, which decoded fashion imagery and the social media and digital worlds. This time around, artistic director Nicola Formichetti wanted to decode the fashion industry’s “joyful yet absurd behavior.” Photogs Santiago & Mauricio snapped a series of shots that show the funny parallels between the typical fashion image versus the behind the scenes reality.

“We worked with director/photographer duo Santiago & Mauricio to shoot beautiful and impactful images where the product is celebrated with a twist on the traditional advertising images,” said Formichetti, in a statement. “It is really important for us to continue speaking the same language that we started with the Fall Winter 15 campaign, and keep the connection and interaction it created with our audience.”