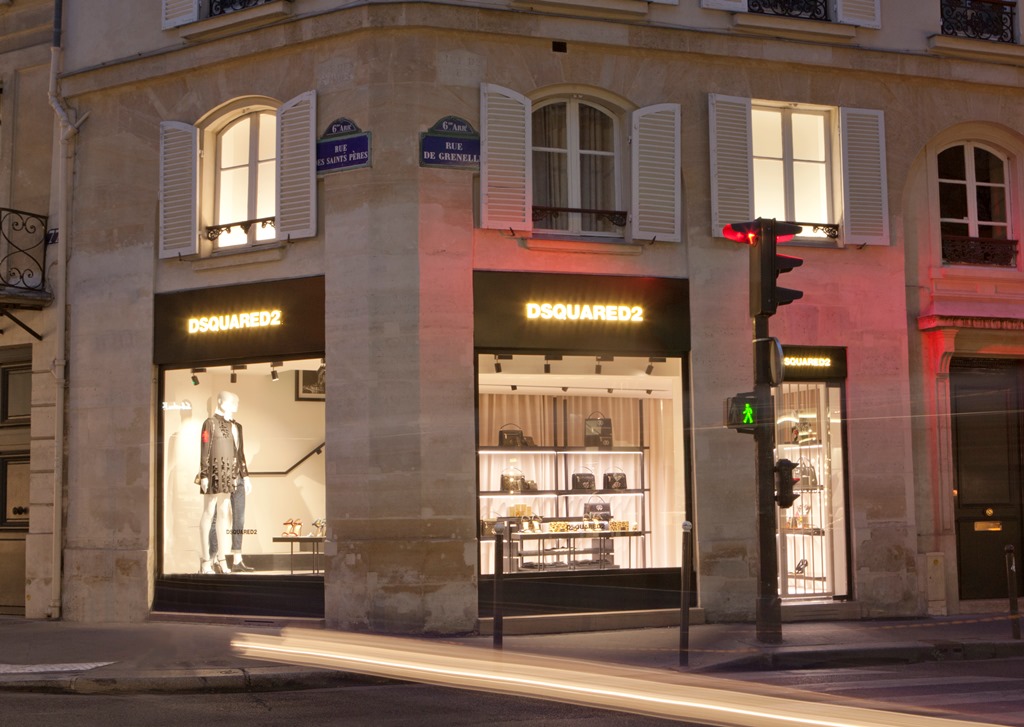 DSQUARED2 has expanded its territory in Paris with its second flagship store on the corner of Rue de Grenelle and Rue des Saint-Peres. The brand opened its first flagship on the Rue Saint-Honoré five years earlier in 2011. DSQUARED2 owners and creative directors Dean and Dan Caten collaborated with architectural firm Storageassociati on the store concept, which spans two floors and 2,500 square feet as well as two entrances.

“Paris is fascinating, elegant, and memorable. You can breathe history, art and culture in every corner of the city,” said Dean and Dan Caten in a statement. “The city is really welcoming and it is somewhere where you want to spend time; this is the reason why we decided to strengthen our retail presence here! We are really proud to have a store on both banks of the river, Rive Gauche and Rive Droite!”

The store carries menswear, men’s accessories, women’s accessories and womenswear (including a capsule line of cocktail and evening gowns), as well as a kids collection. The offerings are displayed on sleek glass shelves in a champagne hue, and the stairway features pictures of Paris, capitalizing on the setting that is the City of Lights.