Exclusive! Diane Kruger and Jason Wu Break Down Their New Collaboration to InStyle 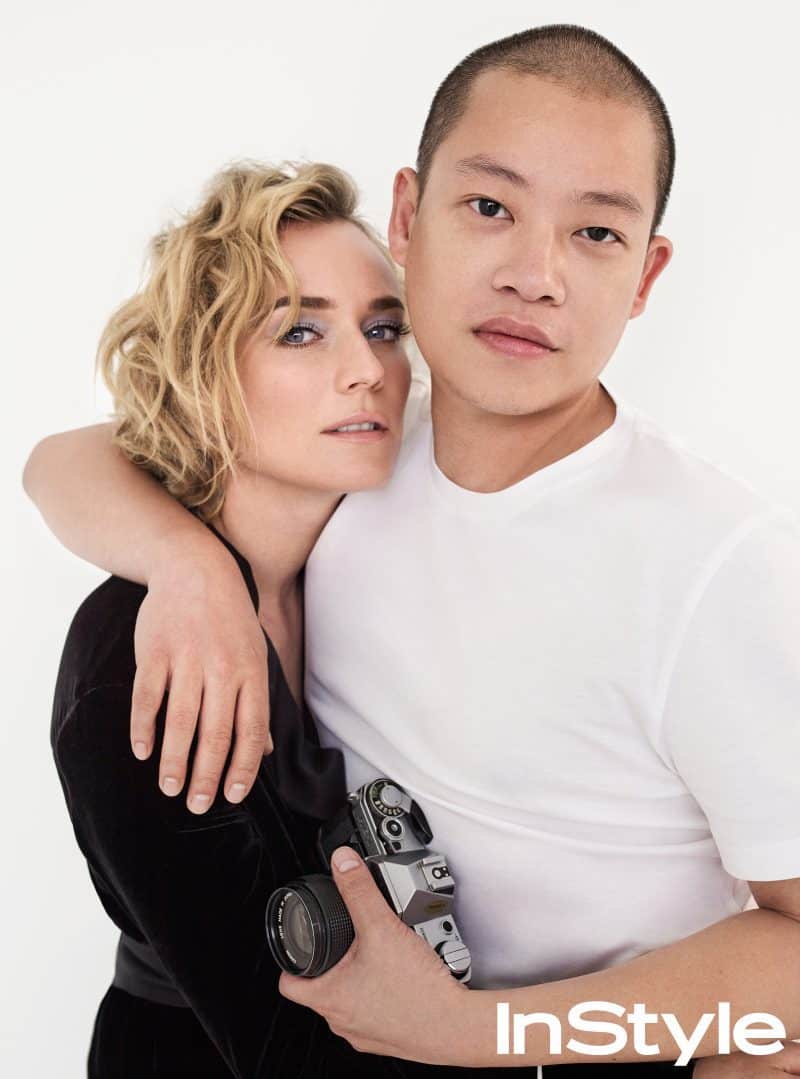 It was 2009 when actress Diane Kruger and designer Jason Wu first met. Eight years later, the pals have taken their friendship to the next level with a fashion collaboration—Diane Kruger x Grey Jason Wu—that marks Kruger’s very-first foray in design. The duo get to talking with InStyle‘s Eric Wilson for the book’s November issue, where the talented duo break down the start of their friendship, how the collection was inspired, and finding the parfait slip for Kruger’s transparent Cannes dress—remember that? Peruse some highlights from the interview below, and check out the rest of the story, here.

On how they met:
Diane: “We first met in 2009… I asked if I could try on a dress, and he showed up at a photo shoot I was doing to fit it himself. To be honest, I didn’t know right away that he was actually the designer, because he looked about 12 years old.”
Jason: “At the time I was like, ‘Oh, Diane Kruger, she has the best style,’ and I always wanted to dress her. But I couldn’t even afford messengers back then, so I had to do everything myself.”
On the inspiration behind their collection, Diane Kruger x Grey Jason Wu:
Jason: “We really bonded when we first went to Coachella together… Our friendship just evolved. We spent Christmas together this year in Mexico, and on the beach she was like, ‘I need some jumpsuits.’”
Diane: “…And then it became, ‘Why don’t we make a capsule collection?’… I mean, I’m not a designer – don’t get me wrong. But I know what I want to wear, right? So I would send him vintage references or pictures of people in the street or Marlene Dietrich.”
Diane KrugerEric WilsonInStyleJason Wuslider
0 comment 2 FacebookTwitterPinterestLinkedinTumblrEmail

The Daily Media: 30 Shifts to Discuss