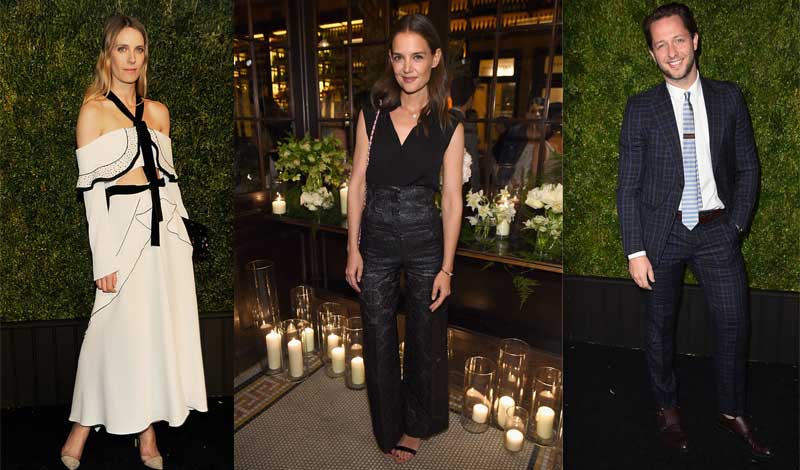 “I’ve met Karl a handful of times,” Hemingway told us, wearing Chanel head to toe. “He’s really sweet and warm. And he likes different. He likes people to be themselves and have their own personalities.” Her first impression? “I think I was scared.” [Laughs]. “He’s such an icon. It’s one of those things when you meet someone who’s so built up in your mind, you don’t really know what to do.”

Cosmo editrix Joanna Coles shares the sentiment. “I saw Karl Lagerfeld in the back bar of the Four Seasons in Milan, and literally went into shock,” she says of her first sighting of the Kaiser. “I started hyperventilating and then I think I might have passed out.” JoCo also dished on her favorite Chanel moment. “I was coming through customs flying back from a trip from Paris where I had bought a Chanel necklace,” she told us. “The customs guy said, Did you buy anything while you were there? I said, Well actually, I bought the most fabulous Chanel necklace. He asked to see it, and as he was unwrapping it I thought, Christ, I’m going to have to pay taxes! And they charged me tax for it. After that I learned never to tell people that I just bought something. But at least it was worth it!”

Chiara Clemente Thomas, decked out in Chanel, recalls her first Karl encounter. “It was at a very good friend’s photo exhibition. He was there supporting him. He’s so iconic, so I feel like [people] always feel like [they’ve] met him, because he’s such a presence.” Indeed!