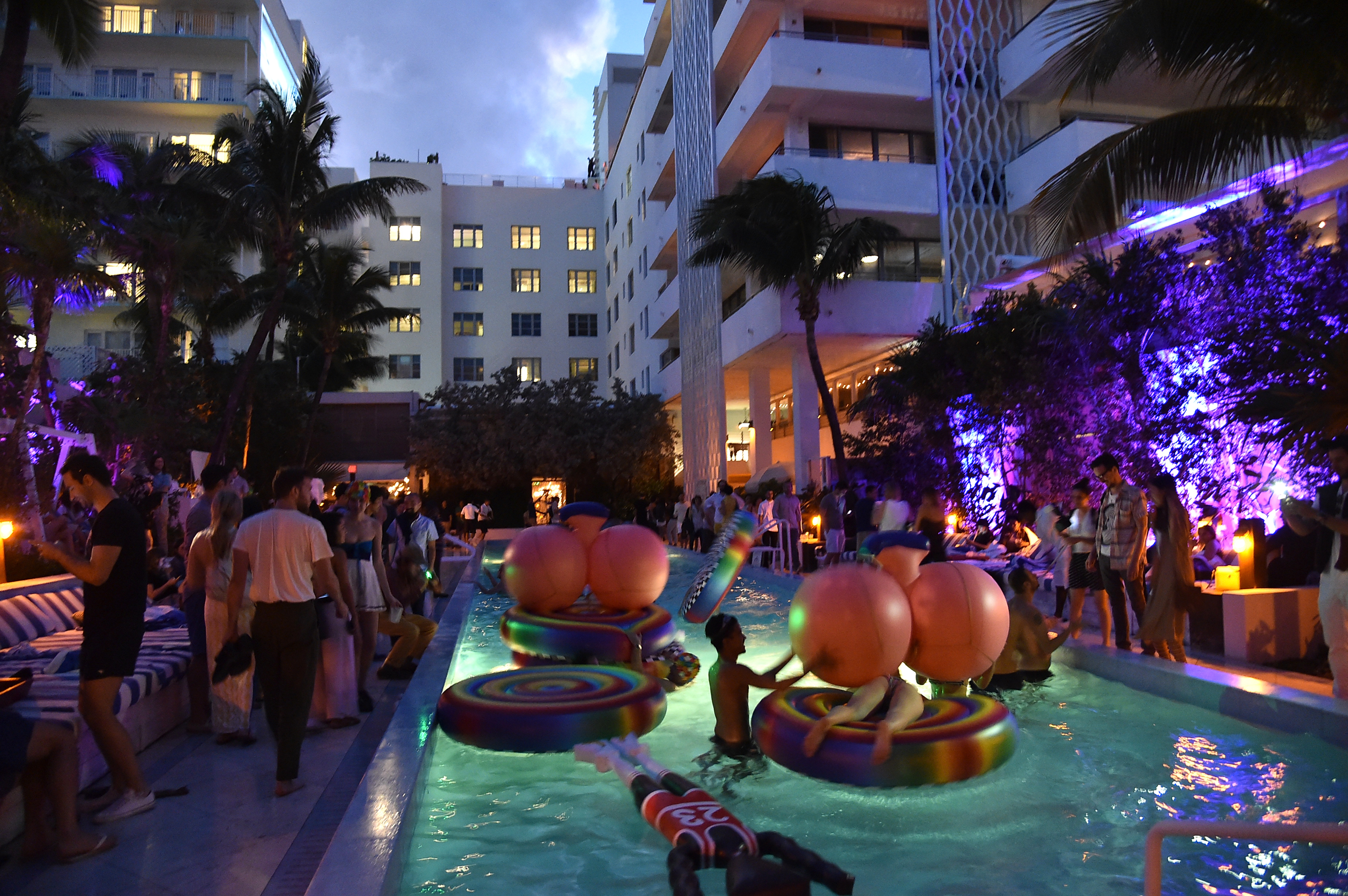 So you’ve made it to MIA for Art Basel 2015, but have you secured a coveted spot on the hautest guest lists? Fear not—we’ve got intel on all the can’t-miss pop-ups, star-studded bashes, and gallery celebrations of the week. Check back for part deux, tomorrow. We hope you remembered to pack your VIP card with your sunnies…

Boho Hunter Basel Kick Off
Intel: Monica Sordo invites those in MIA to visit Boho Hunter for cocktails, music by Bea Pernia, and a selection of her collection with sales to benefit The Duerme Tranquilo Foundation.
Location: Boho Hunter, 184 NW 27th St., 7-10 p.m.

PAMM Presents: Dimensions, by Devonté Hynes and Ryan McNamara
Intel: Flock to Pérez Art Museum Miami (PAMM) for a one night only performance by Ryan McNamara and Devonté (“Dev”) Hynes, including an original multi-part composition by Hynes, an internationally-acclaimed musician and producer, and sculptural elements and choreography by McNamara, a celebrated performance artist.
Location: 1103 Biscayne Boulevard, 9 p.m. to midnight

Brown Jordan and Sunbrella
Intel: The two join photographer Gray Malin for a celebration of art, design and travel, for a first look at the new Miami Design District flagship, an 8,600 square-foot, three-level store of re-imagined native Florida materials, which officially opens January 2016. The event will serve as a “first look” and the store will officially open in January 2016.
Location: 3650 North Miami Avenue