From The Daily’s Hollywood Edition: August Getty, Emerging Designer Of The Year 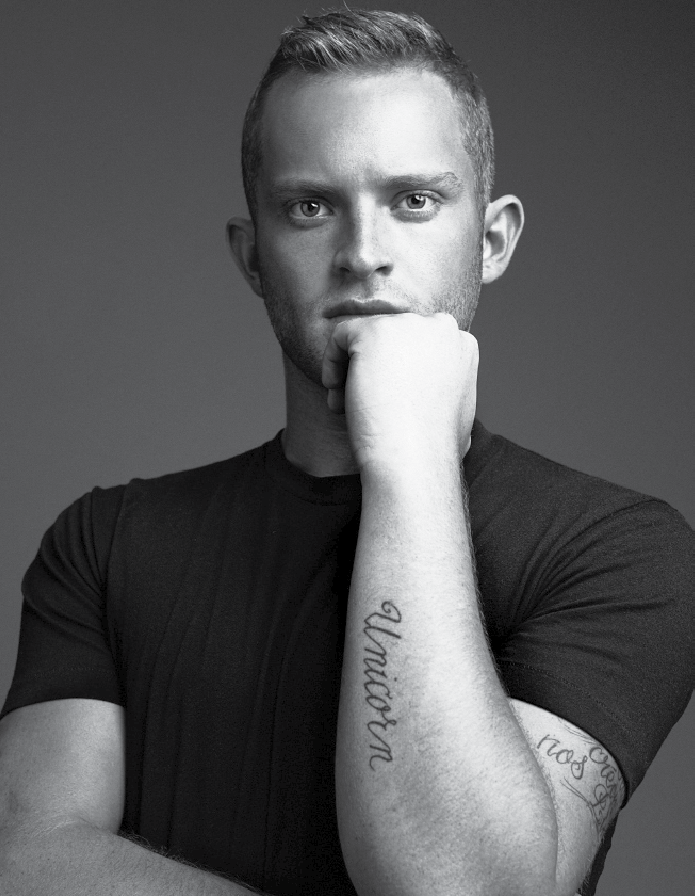 Fresh from the pages of The Daily’s special Hollywood issue, and following last week’s inaugural Fashion Los Angeles Awards…For the grandson of the late John Paul Getty Jr., fashion is in the genes. Newly minted designer August Getty staged his first show at Lincoln Center in New York in September, which was followed by a delightfully over-the-top party at The Pierre (once owned by his great-grandfather) that treated revelers to glitter-covered cotton candy. With a sense of humor and an intimate relationship with luxury, Getty is poised to become Los Angeles’ next fashion darling.

What was your first fashion memory?
I would take off my Barbies’ clothes and draw bikinis on them with Sharpies. I would also make clothes for them out of my mom’s shoe bags from Roger Vivier and Chanel.

What was your favorite item in your mother’s closet?
A beautiful pink taffeta dress designed by Luisa Beccaria, which is hanging in my studio right now. I also loved her wedding dress. She despises it, but I think it’s so fabulous, because it’s such an over-the-top ball gown. It looked like the dress Cinderella wears when she walks down the steps.

How did you start designing?
I just started! You can learn the craft, but you need to be born with the will to do it.

What was it like to show your collection during New York Fashion Week?
Surreal. I tried to bring as many elements of home to New York to kind of ease me through it, like wine. I also brought a lot of friends. My sister, who is a model, closed the show. Look, I’ve been doing this since I was born, and you don’t set Babe Ruth on the field if he’s not going to hit a home run. I’m going to run the field. Apart from being a student of the art of fashion, I’m a student of the art of success. I’ve studied how to be good.

Who do you design for?
She’s a very mysterious and sexy girl. She’s also privileged. I want her to be the girl in the corner of the room—you never see her face, but you see her back and want to know more about her.

Have you already established a celebrity clientele?
Taylor Swift, Beyoncé, and Madonna have pulled a lot of stuff!

Who else would you love to dress?
Scarlett Johansson, Sophia Loren, and Boy George.

Were you ever tempted to move to New York?
Never. I’m so L.A., although I also lived in the English countryside for nine years.

Who is your top retailer?
Maxfield in L.A. I want to sell at Colette or Barneys, too, but truthfully, I’m more excited to have my own store.

Where?
In Beverly Hills or New York. Then we conquer Europe.

Who is your muse?
My sister, Natalia. She’s not my only sister, but she is such an incredible woman. She’s very brave, and she inspires me. She’s the moon to my sun.

Have you had an “I’ve made it” moment?
When the second girl walked out at my show. I remember looking at my sister, and she was crying. I get teary-eyed just thinking about it.

Who are your mentors?
I have had a lot of experiences where people have shown me the way, but really it’s been a solo tour for quite some time. In this business, you can’t be shy, but sometimes I am, and my mom has really helped me through that. I know I keep talking about my family, but it’s true that they were my first guides and friends. The design spirit who really guides me is Lee McQueen. He’s the unspoken word in my head.

What designers do you like to wear?
I buy most of my things from eBay. I like vintage and really worn-in pieces. I mix Givenchy with old Doc Martens and an Iron Maiden T-shirt from the ’80s. I love a leather sweatpant, and I’m also a big sunglass collector. I buy a lot of my eyewear from Jack’s on La Brea.

Favorite movie?
How to Marry a Millionaire.

Favorite album?
The Little Mermaid soundtrack, minus every song that’s not Ariel’s.

What inspired your upcoming collection?
I’m showing in New York on Friday, February 13th, and the collection is very dark. It’s always sexy, but it’s a different kind now. I always try to incorporate a theme of fantasy. I live so much in my head. I draw such a fine line between fantasy and reality that fantasy is my reality now. My favorite quote is, “As I see the world, it is.”

Who is your dream team for an ad campaign?
The photographer would be Michael Muller, who works very well with movement, and the models would be my sister and I wearing the same dress. I will not rest until I see my legs on a billboard!