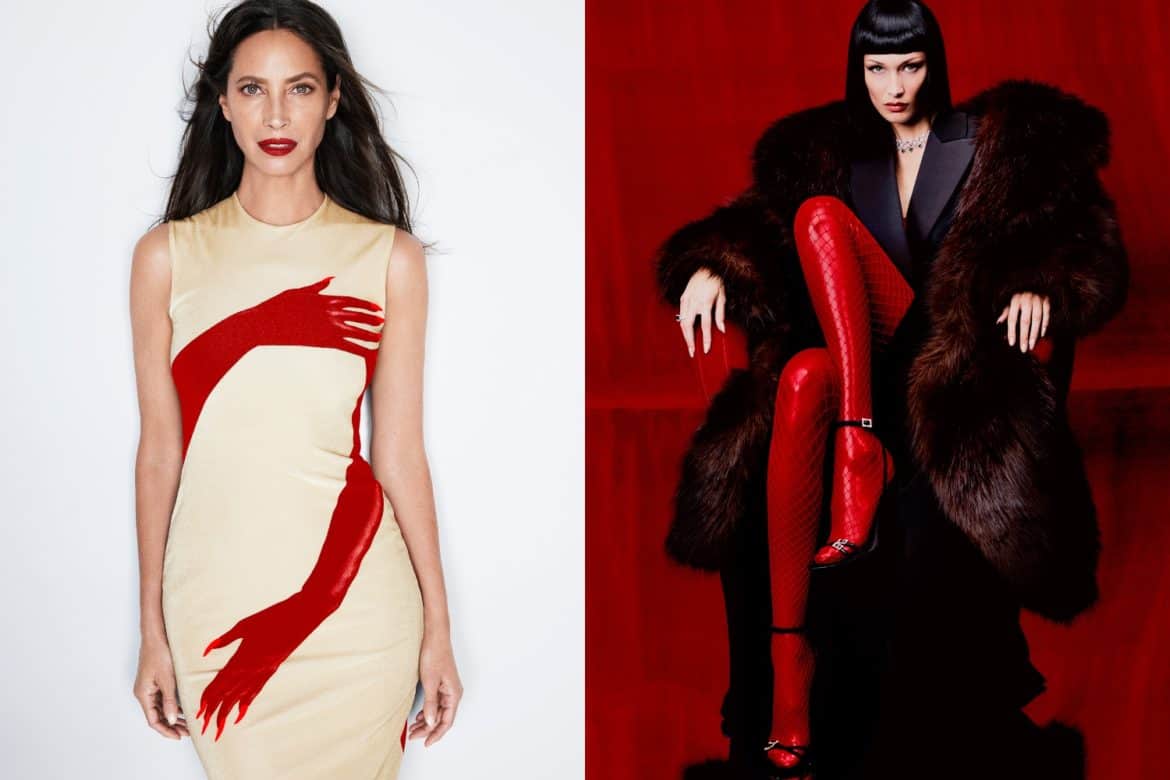 W is ringing in a half-century with a little help from its nearest and dearest. This month’s special issue features icons of the modeling world, with 17 covers starring Naomi Campbell, Amber Valletta, Iman, Kendall Jenner, Precious Lee, Cindy Crawford, Bella Hadid, Karlie Kloss, Christy Turlington Burns, Shalom Harlow, Alex Wek, He Cong, Adut Akech, Anok Yai, Loli Bahia, Sora Choi, and Binx Walton, whew! Inside, the household name talents all chat about the industry’s past, present, and future as they showcase the latest fall fashion. To commemorate the pop culture and fashion bible’s history, a glossy coffee table book titled 50 Years/50 Stories by editor in chief Sara Moonves, will be released later this year. In the meantime, W Magazine has partnered with Bergdorf Goodman to showcase the 17 anniversary covers, plus vintage covers of the mag, in three of the store’s windows from tomorrow through September 19. Feast your eyes, below! 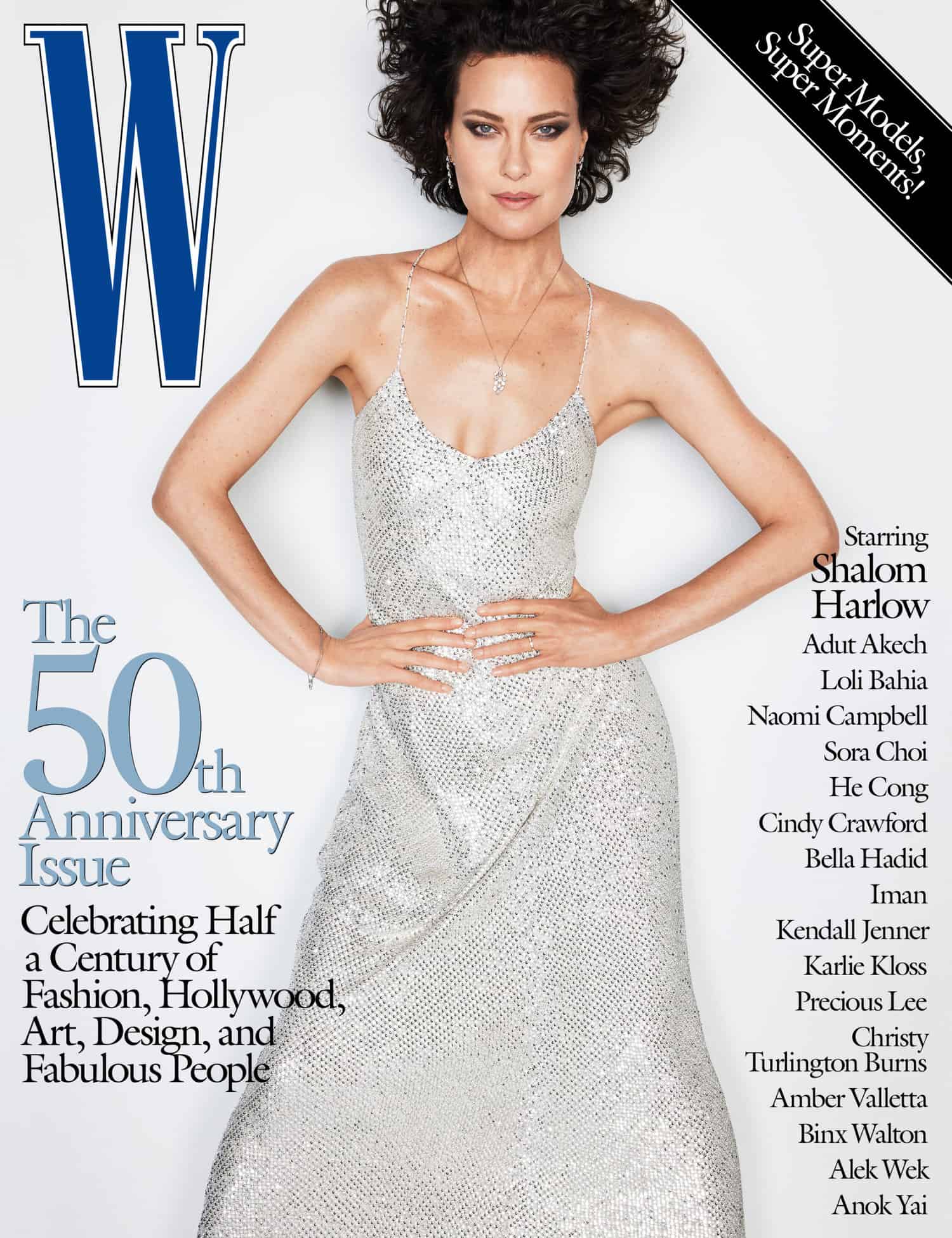 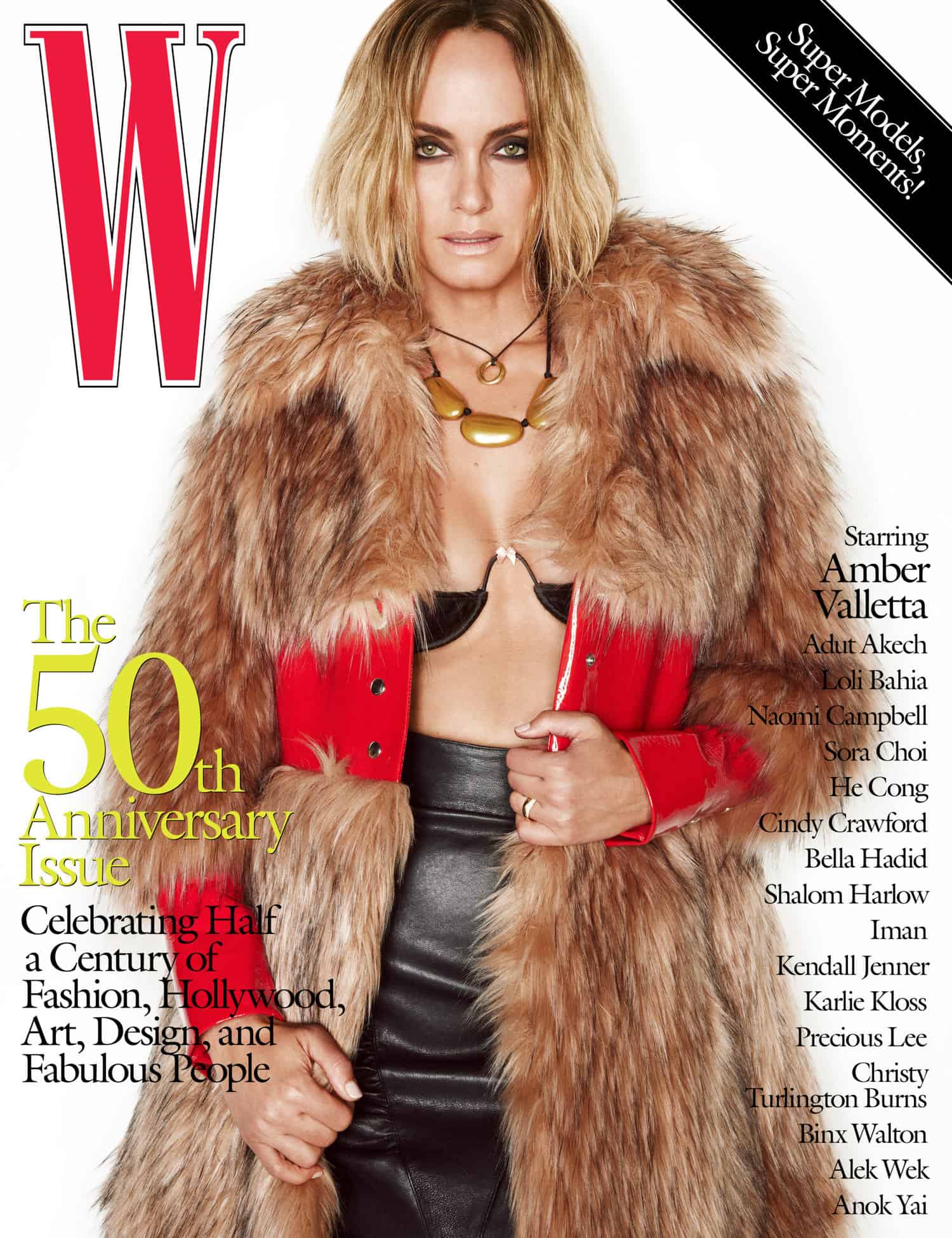 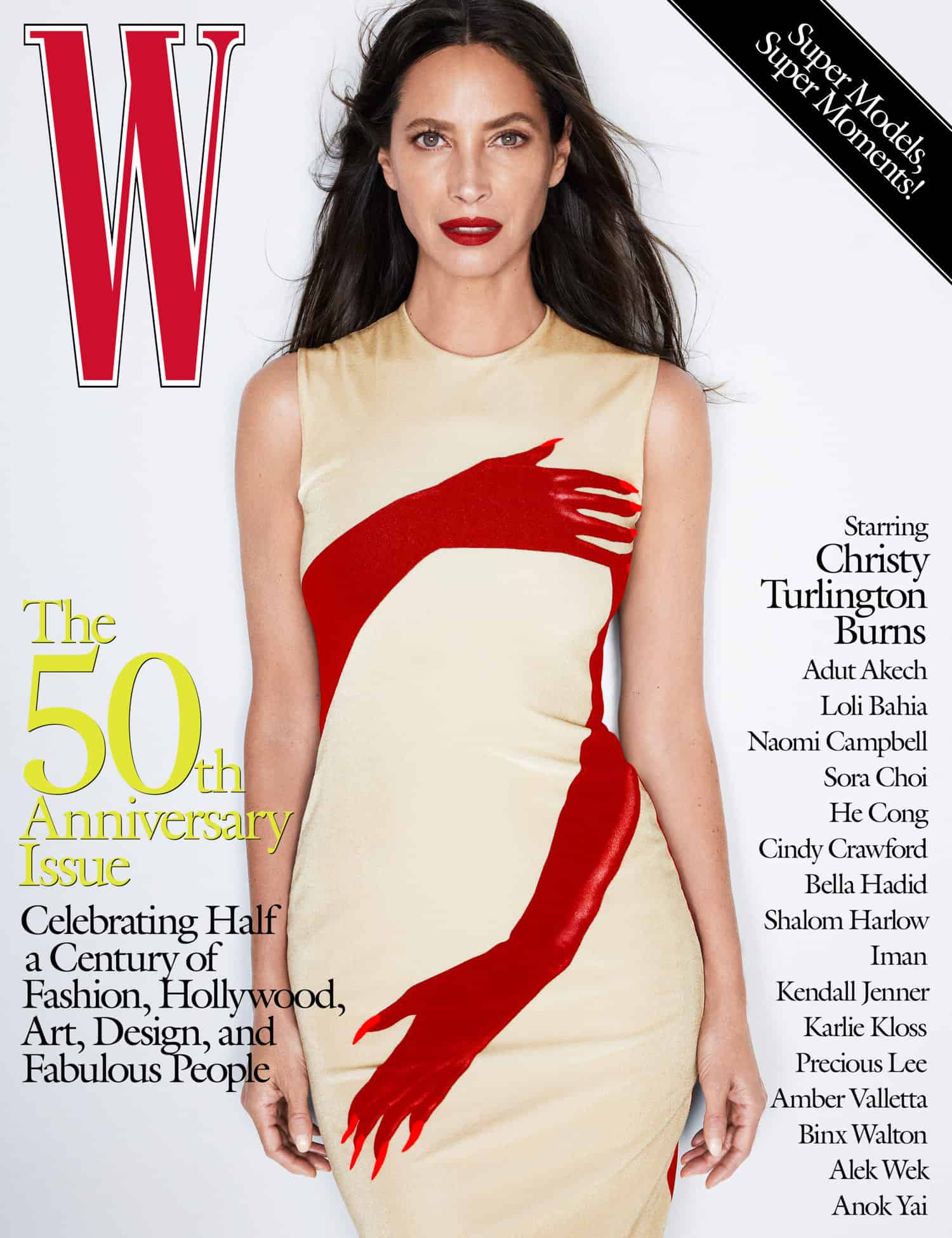 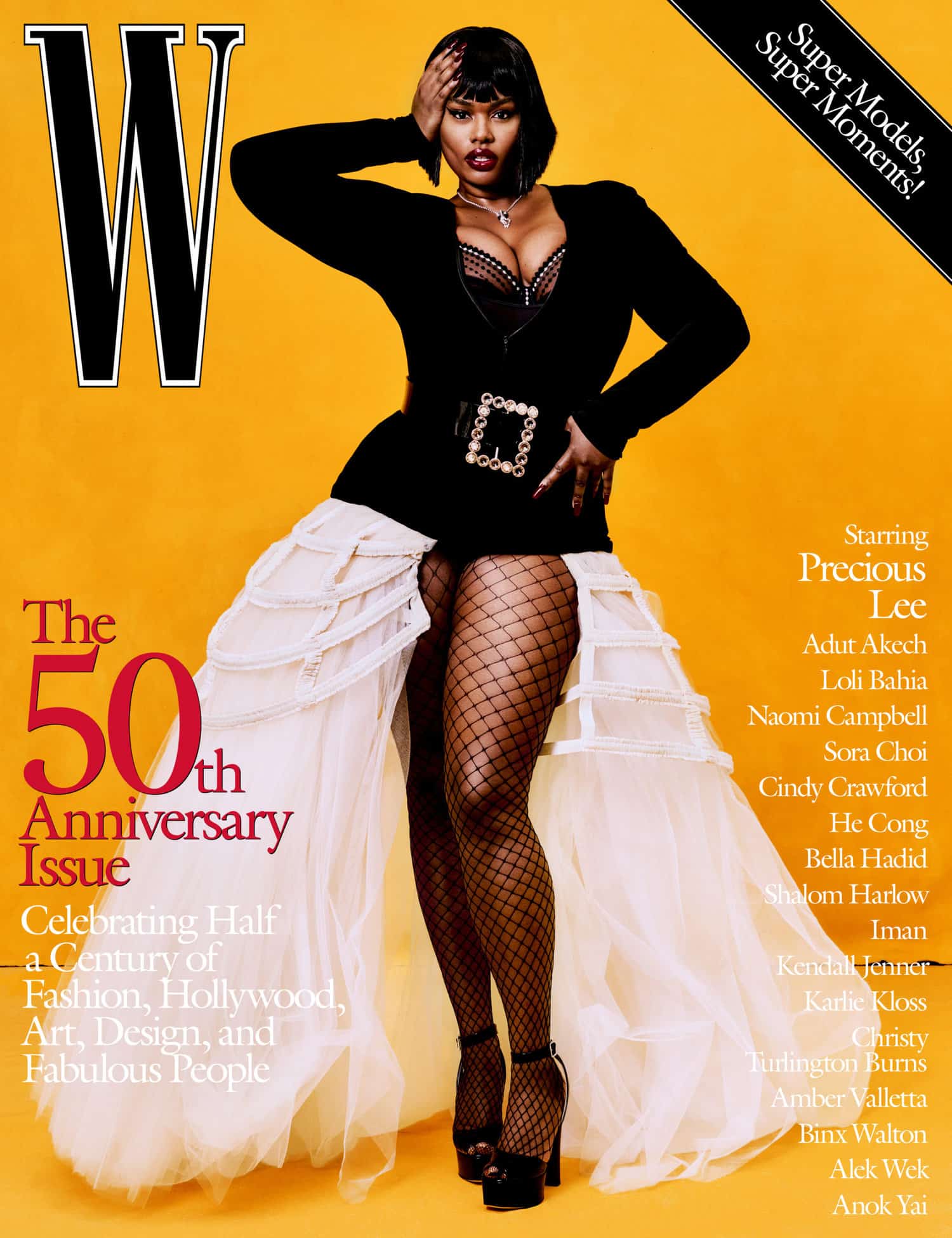 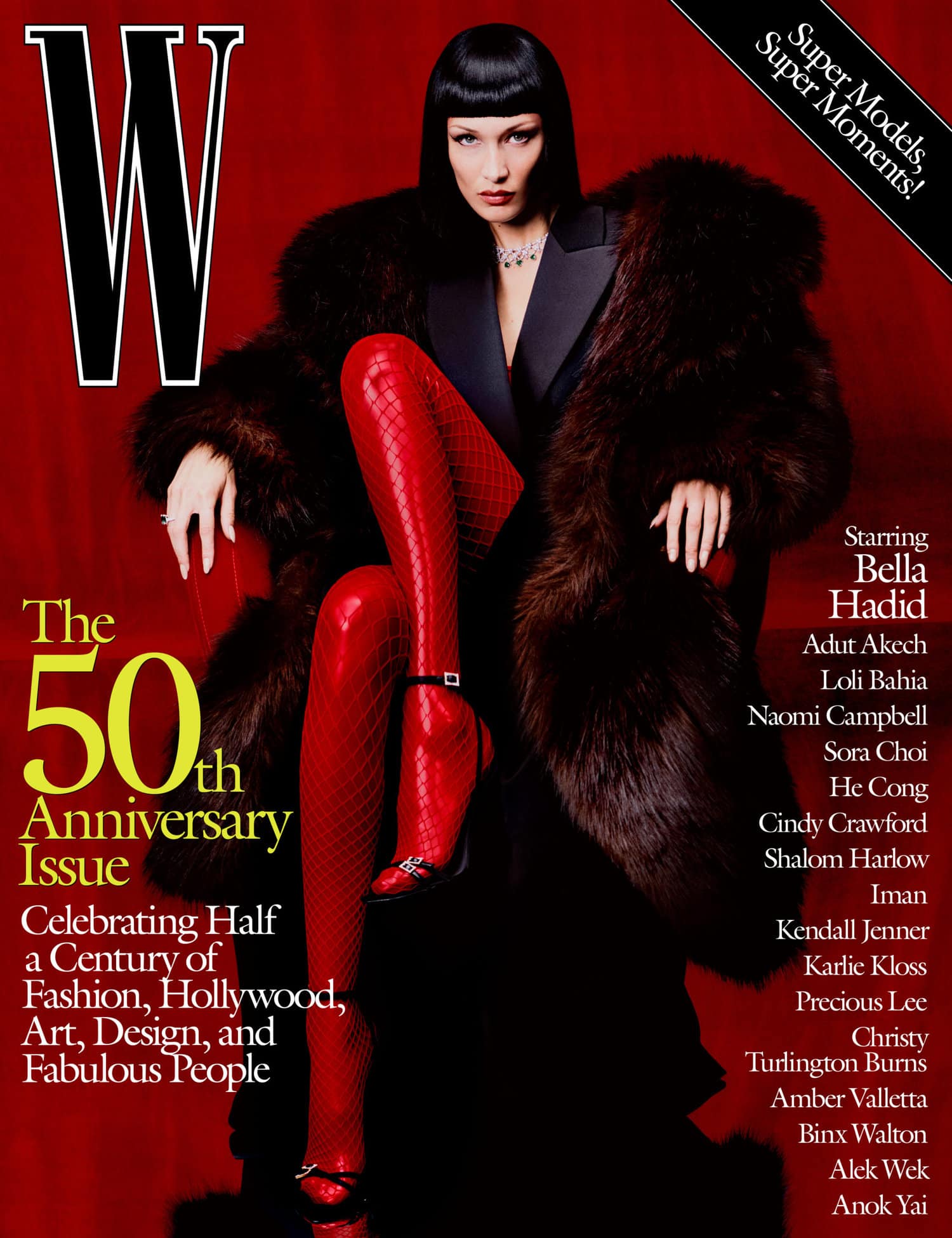 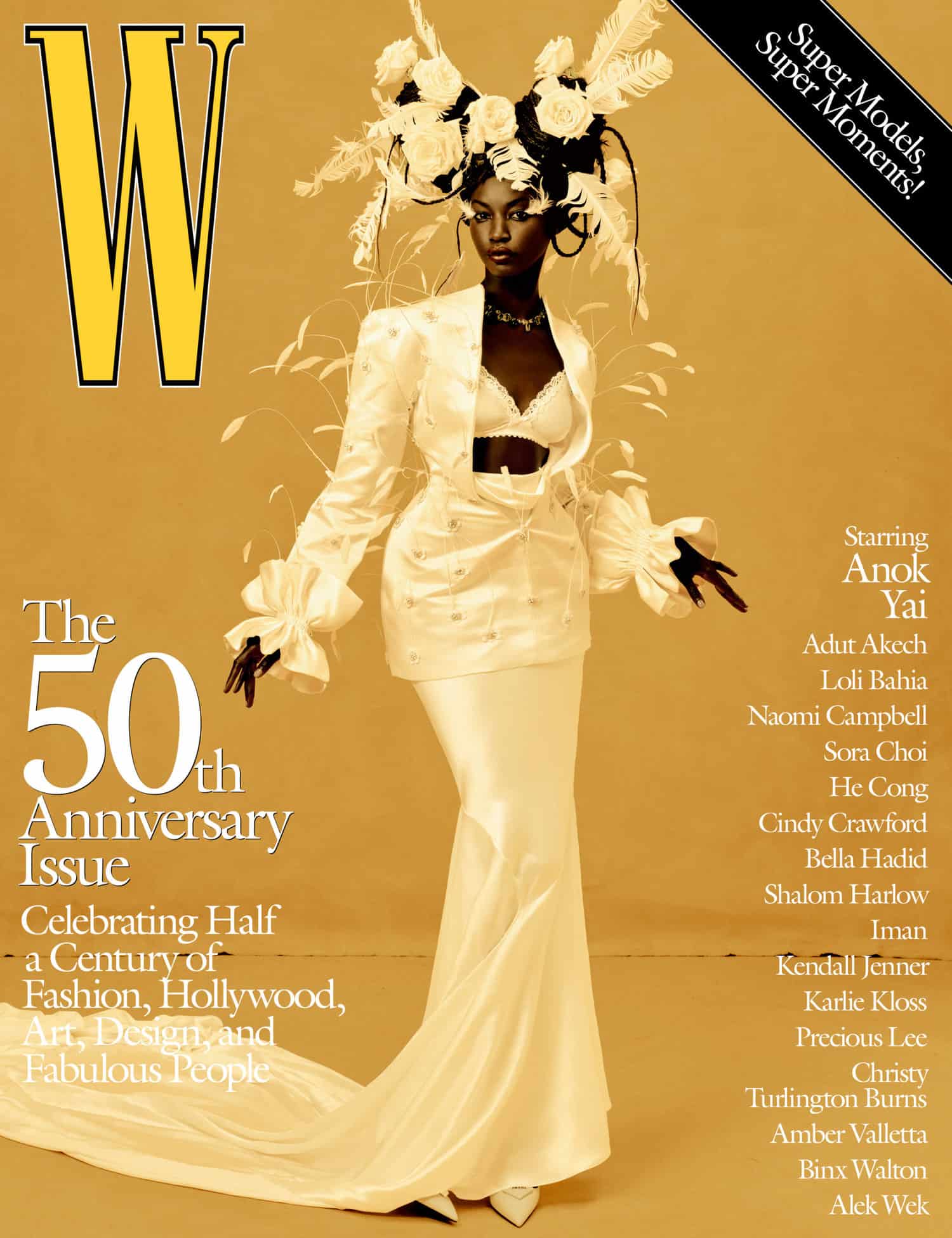 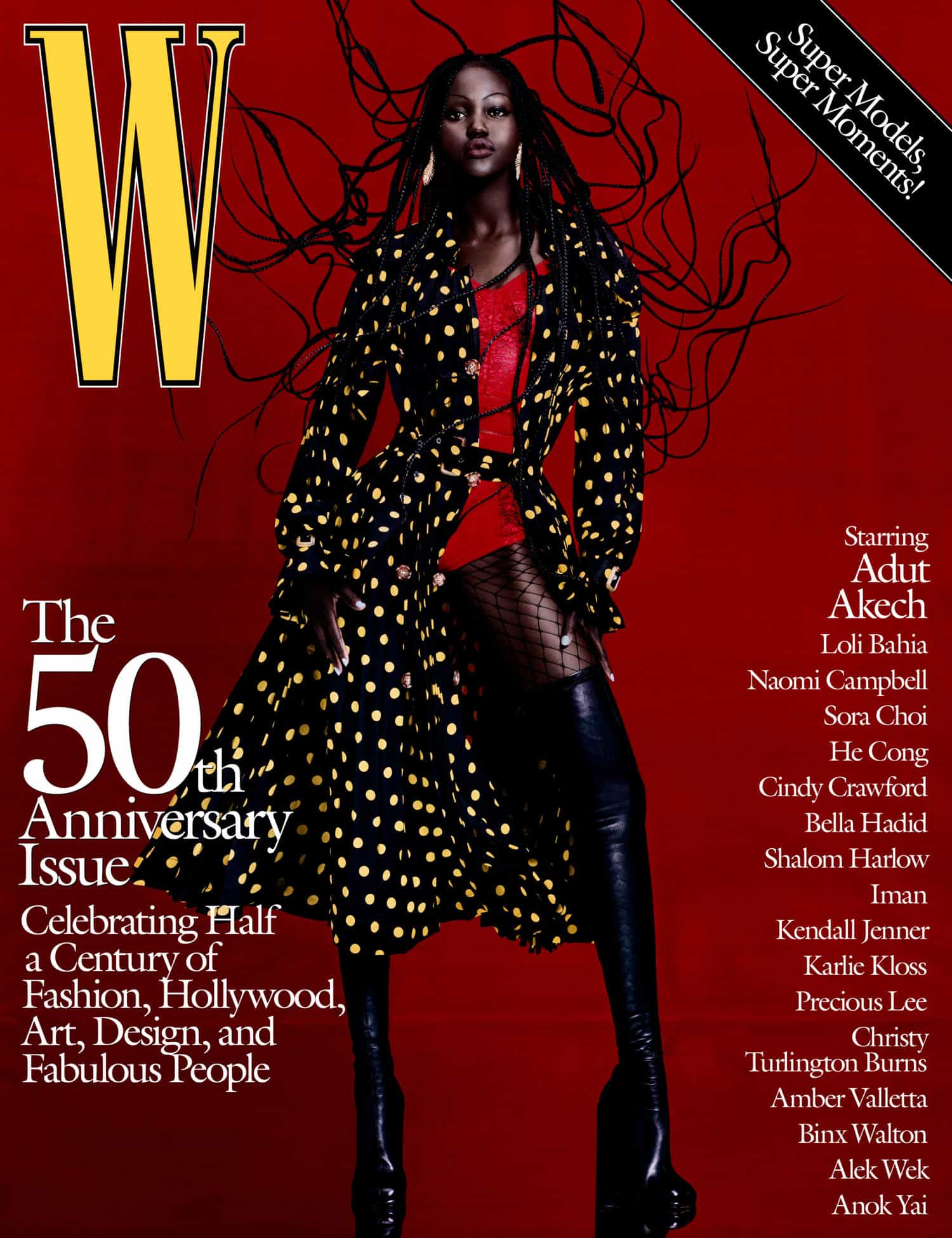 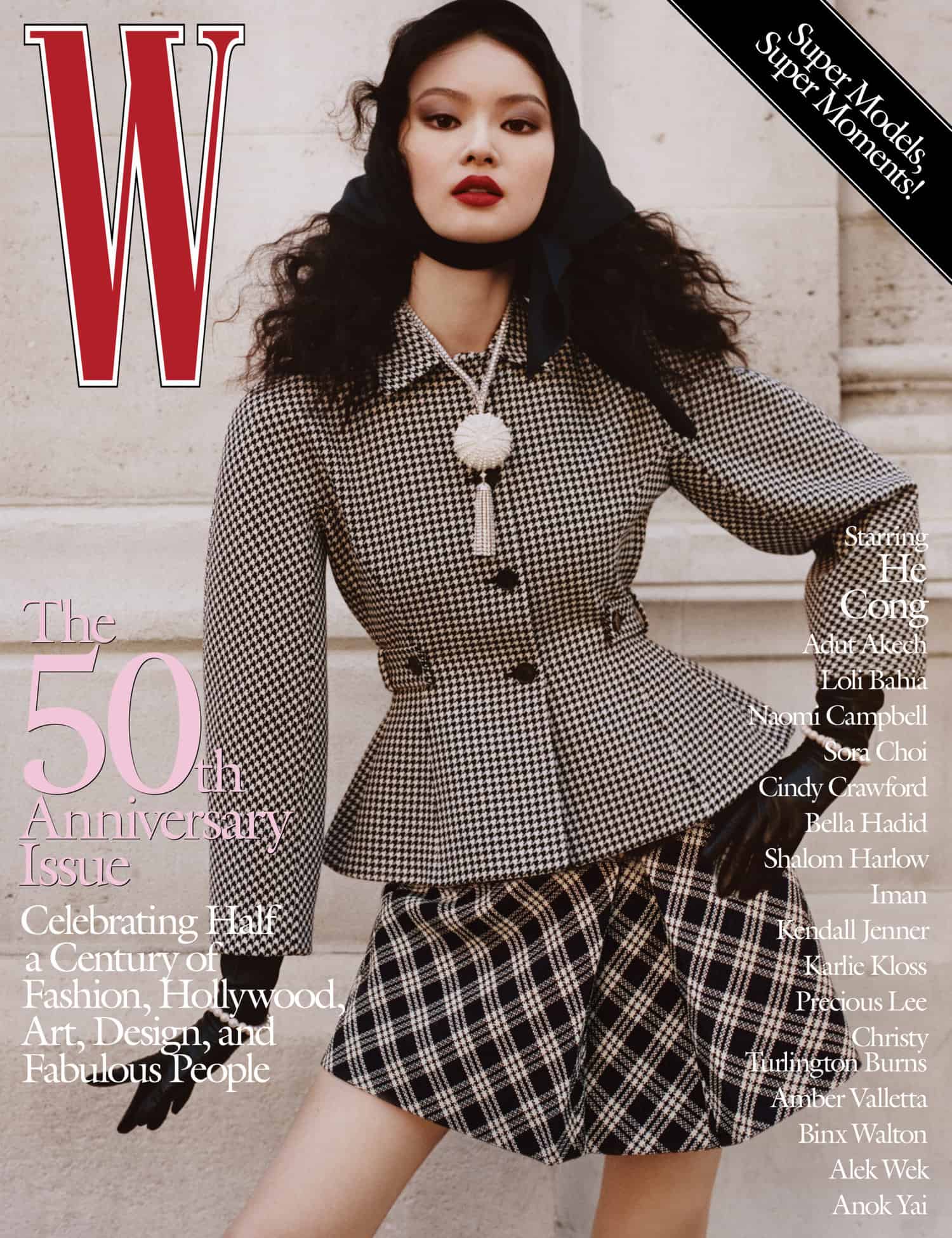 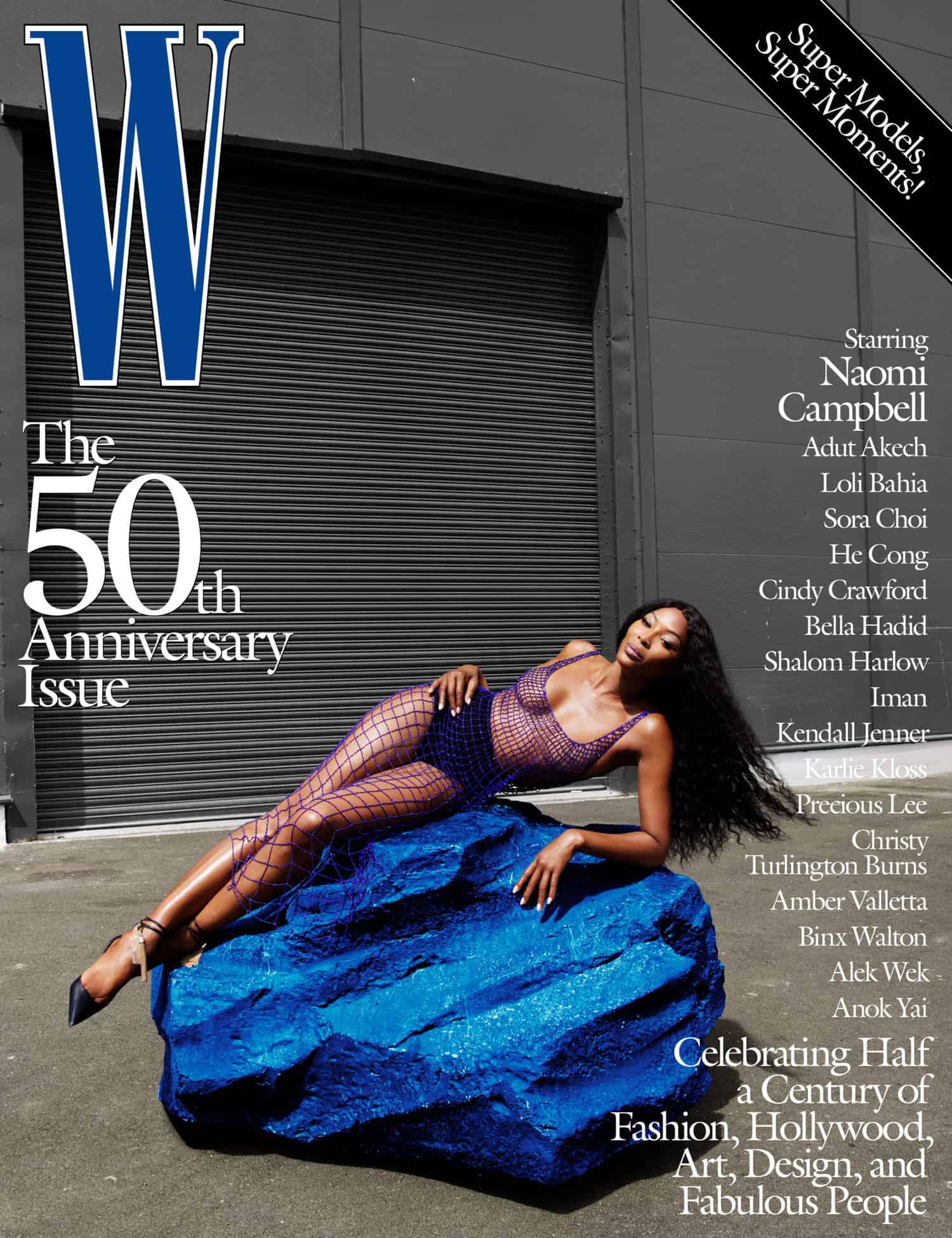 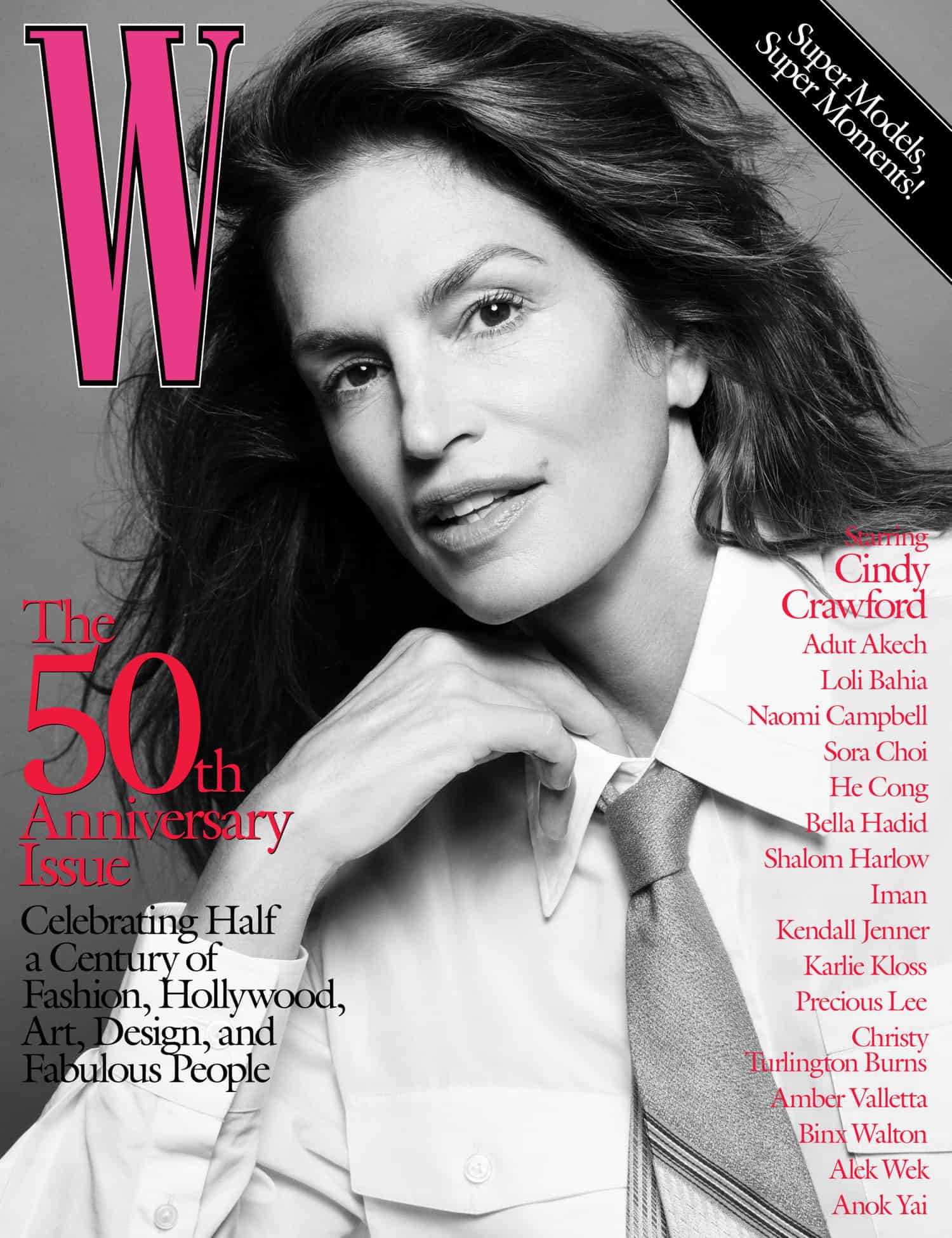 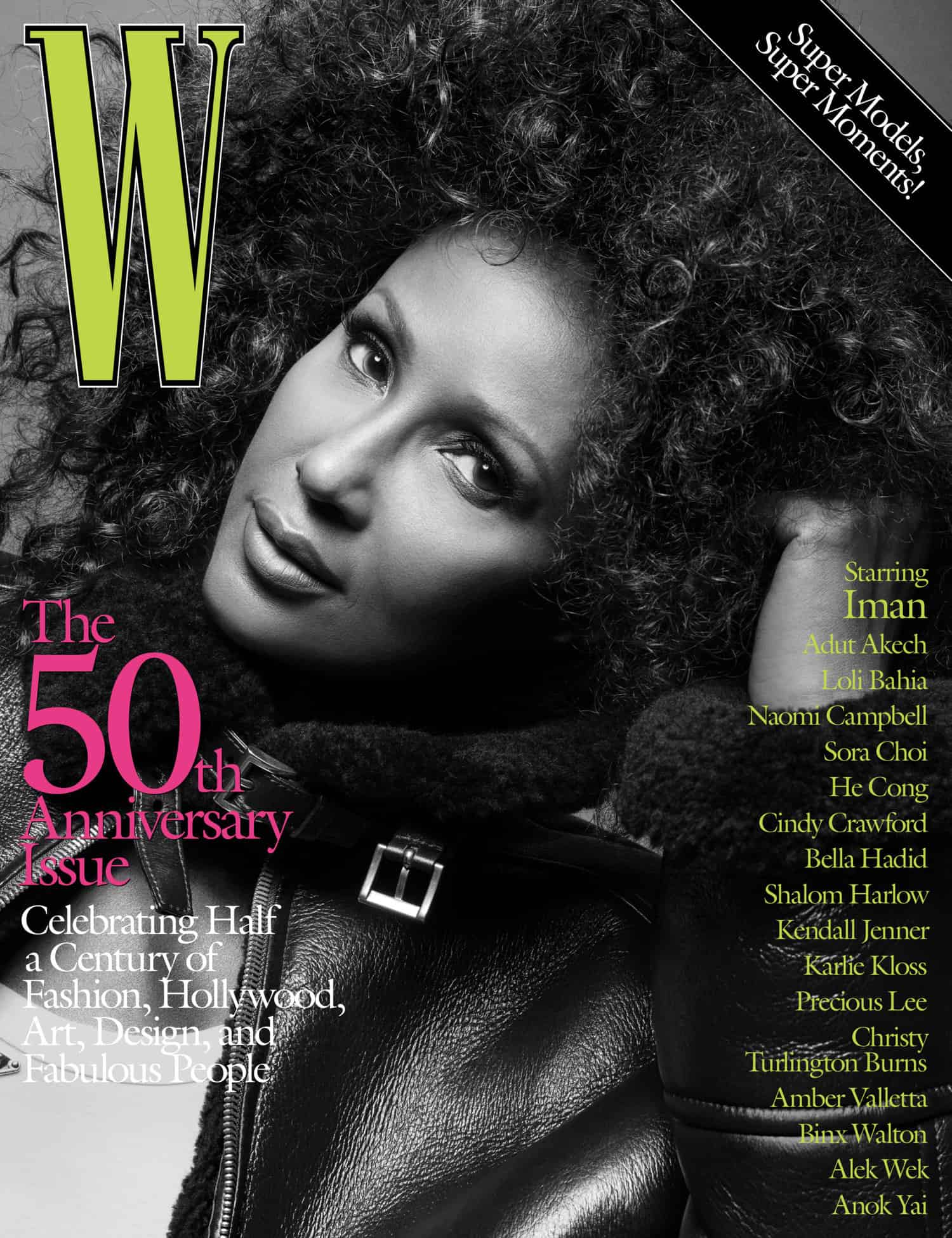 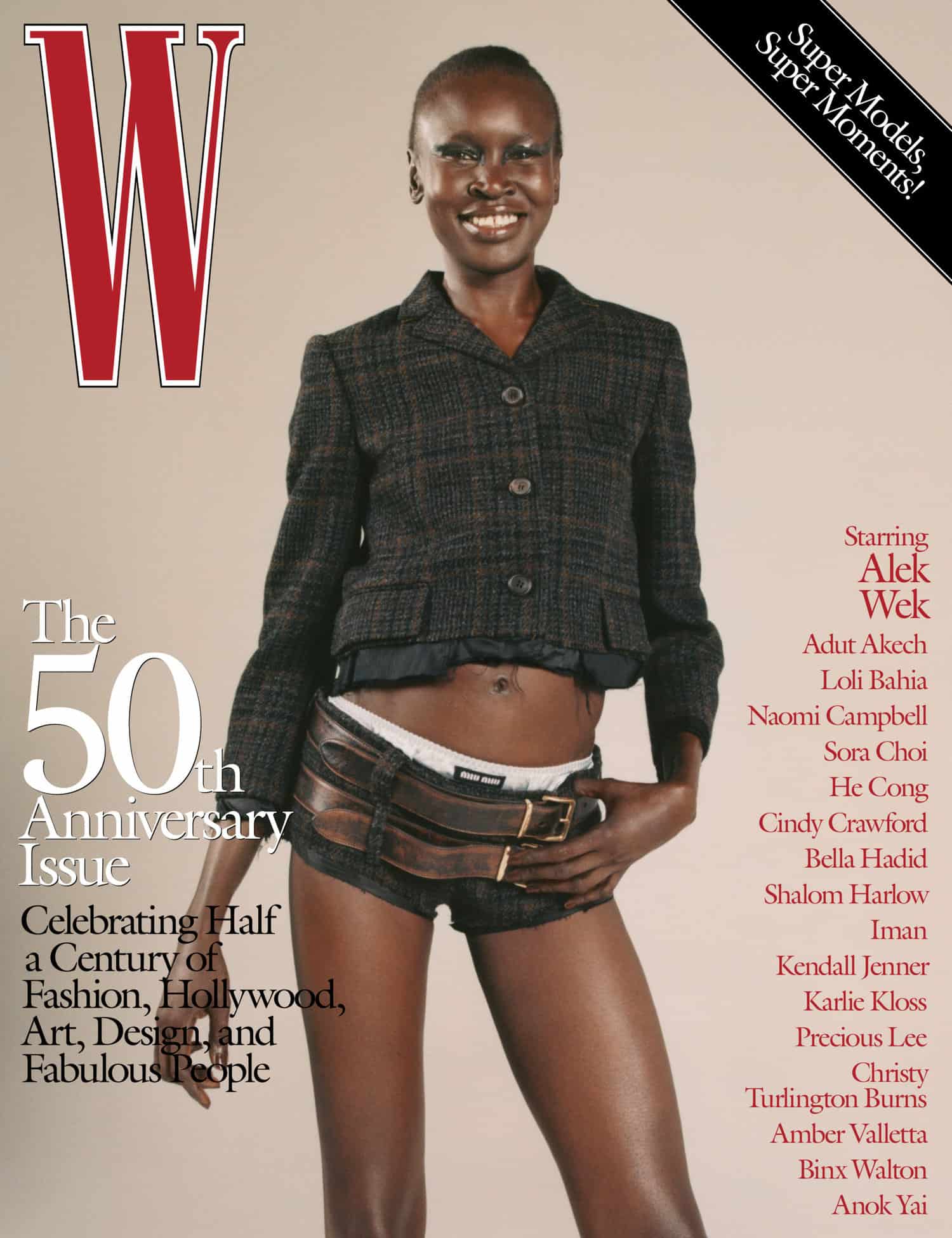 Kim K and her derrière are having their cover moment. A bleach blond (hair and eyebrows) Kardashian graces the cover of the indie mag in a double denim look—jock strap and all—by Bottega Veneta. To go with her shoot, the mogul also takes part in a one-on-one with Interview’s editor in chief Mel Ottenberg (who styled the spread too). Revelations include how she takes her tea, her upcoming true crime podcast titled The System (!!), acting dreams, why she’ll always feel the need to prove herself, learning to be confident, and finding her talent. Get into it, here.

What we know about Elsa Hosk’s brand

Helsa is coming. Lauded for her personal style, Swedish supermodel and mega influencer Elsa Hosk has answered the prayers of her fans with the unveiling of her new brand, Helsa. Launching today, the sustainably-minded line takes inspiration from Hosk’s affinity for all things Scandinavian, as well as her new journey as a mother, ’90s silhouettes, simple clean lines, art, and architecture. Giving her 8 million followers an exclusive sneak peek before the official release, Hosk revealed some of her favorite pieces, including a recycled heavy-duty cotton shirt and skirt set, oversized organic poplin shirts, a buttery-soft vegan leather trench, recycled cashmere knits, and a body-con jersey mini dress that looks like a dead ringer for the one made famous by Carrie on her trip to Barney’s in Sex and the City. Speaking about the line, which will be sold DTC as well as via Revolve and FRWD, the 33-year-old said: “It was important to me not [to] make a fast fashion brand. I wanted each piece to be special, timeless, and something that’s so classic and beautifully made that you will keep it in your closet forever. And keeping sustainability in mind, wherever possible using recycled, organic, or natural fabrics. But it was also important for me that everyone was able to get something from each drop so I think Helsa sits somewhere in between [an affordable and luxury brand].” Shop the debut collection here.

Vogue’s October cover is already here—with Jennifer Lawrence styled by Tonne Goodman and lensed by Tina Barney starring front and center. As she models an array of Erdem, Brandon Maxwell, Altuzarra, and Dior, the world-famous actress delivers a raw, candid, and often hilarious interview with writer Abby Aguirre. The 32-year-old Oscar winner, who reveals in the profile that her baby son’s name is Cy as a nod to the painter Cy Twombly, speaks from the heart about how politics has divided her and Kentucky-based Republican family. “I just worked so hard in the last five years to forgive my dad and my family and try to understand: It’s different. The information they are getting is different. Their life is different…I’ve tried to get over it and I really can’t. I can’t. I’m sorry I’m just unleashing, but I can’t fuck with people who aren’t political anymore. You live in the United States of America. You have to be political. It’s too dire. Politics are killing people.” Lawrence also slams male politicians in the wake of the decision to overturn Roe v Wade, labels Donald Trump a “dangerous, dangerous jar of mayonannaise,” reveals the hilarious affirmation she instructed her husband Cooke Maroney to chant to her while in labor, “Don’t be a pussy. It’s not that bad. Don’t be a pussy. It’s not that bad.” It’s safe to say, there’s plenty of reasons why Lawrence is a national treasure. Read the interview, and hear more about her upcoming projects, here.

When you start walking international runways before most teens get out of braces and learn how to drive, your 21st celebrations have to be equally as major. As such, supermodel Kaia Gerber rang in the milestone birthday at Burning Man Festival over the weekend, joined by her runway legend mom Cindy Crawford and close friends including Karlie Kloss. On Instagram, Crawford penned a sweet tribute to her daughter saying, “I am so proud of the woman you have become and how you are in the world. Your curiosity, kindness and sense of adventure continue to inspire me. I’m so happy to be on this life journey with you! Continue to thrive this year and alway.” Happy birthday K! 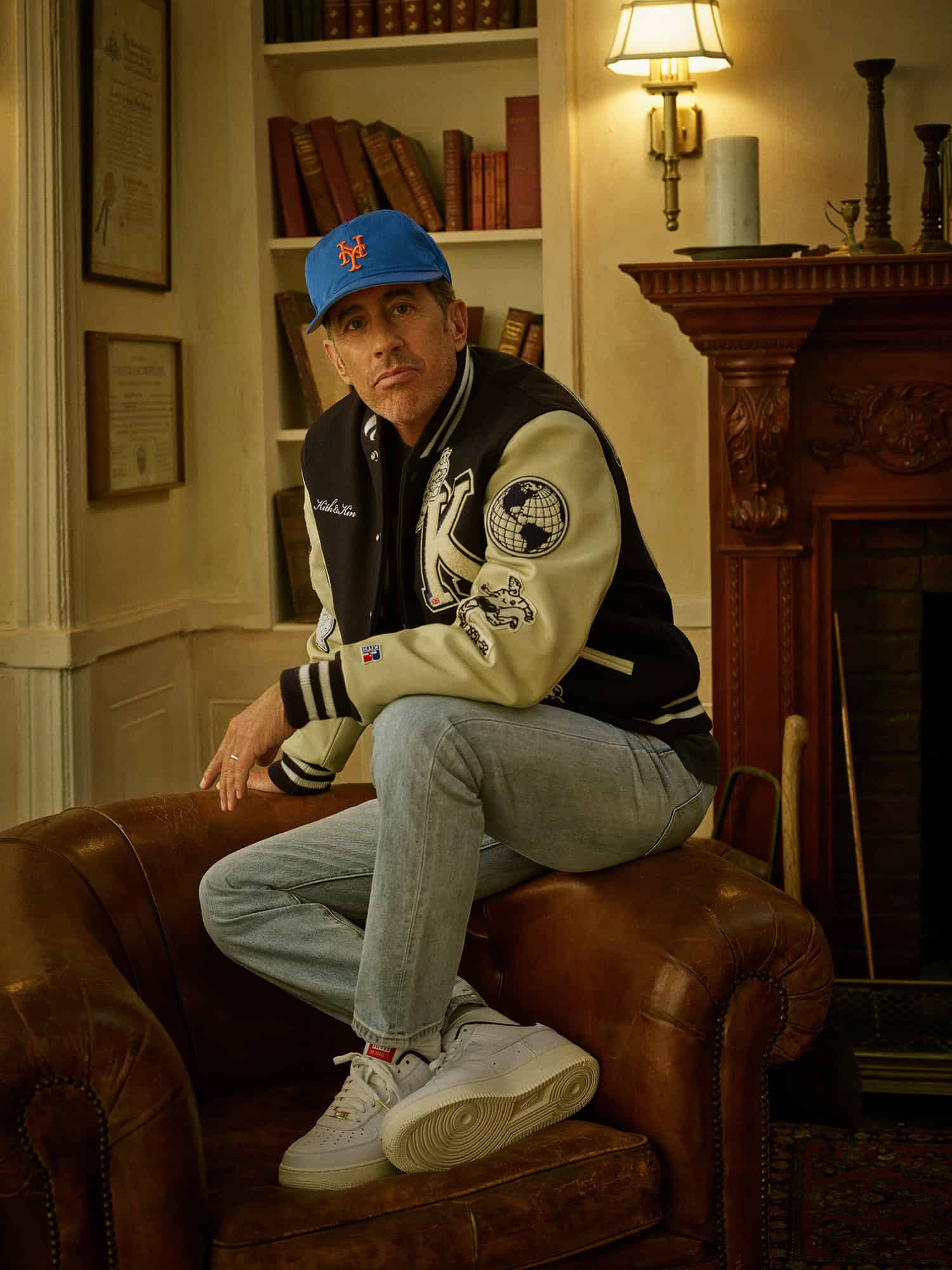 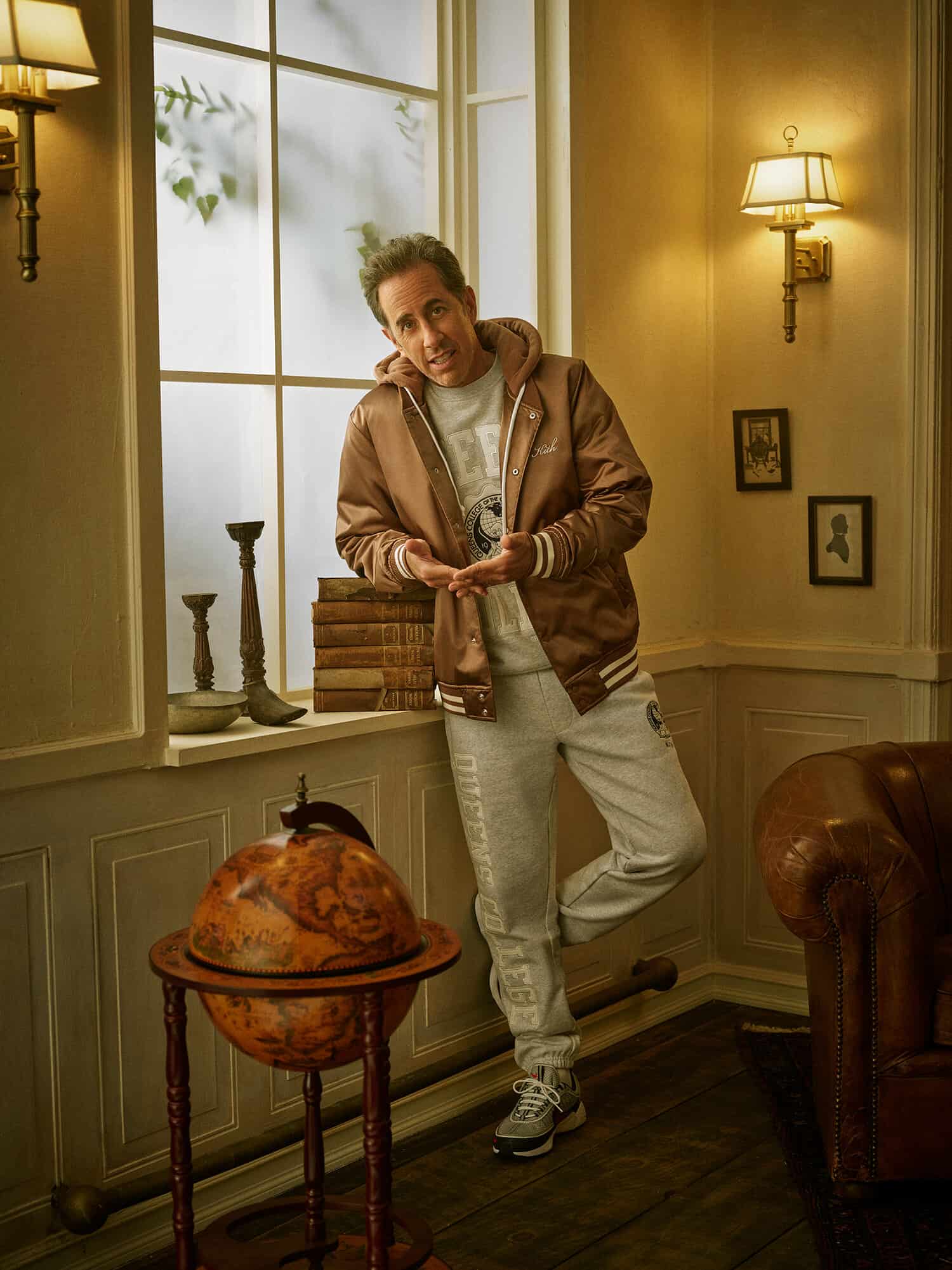 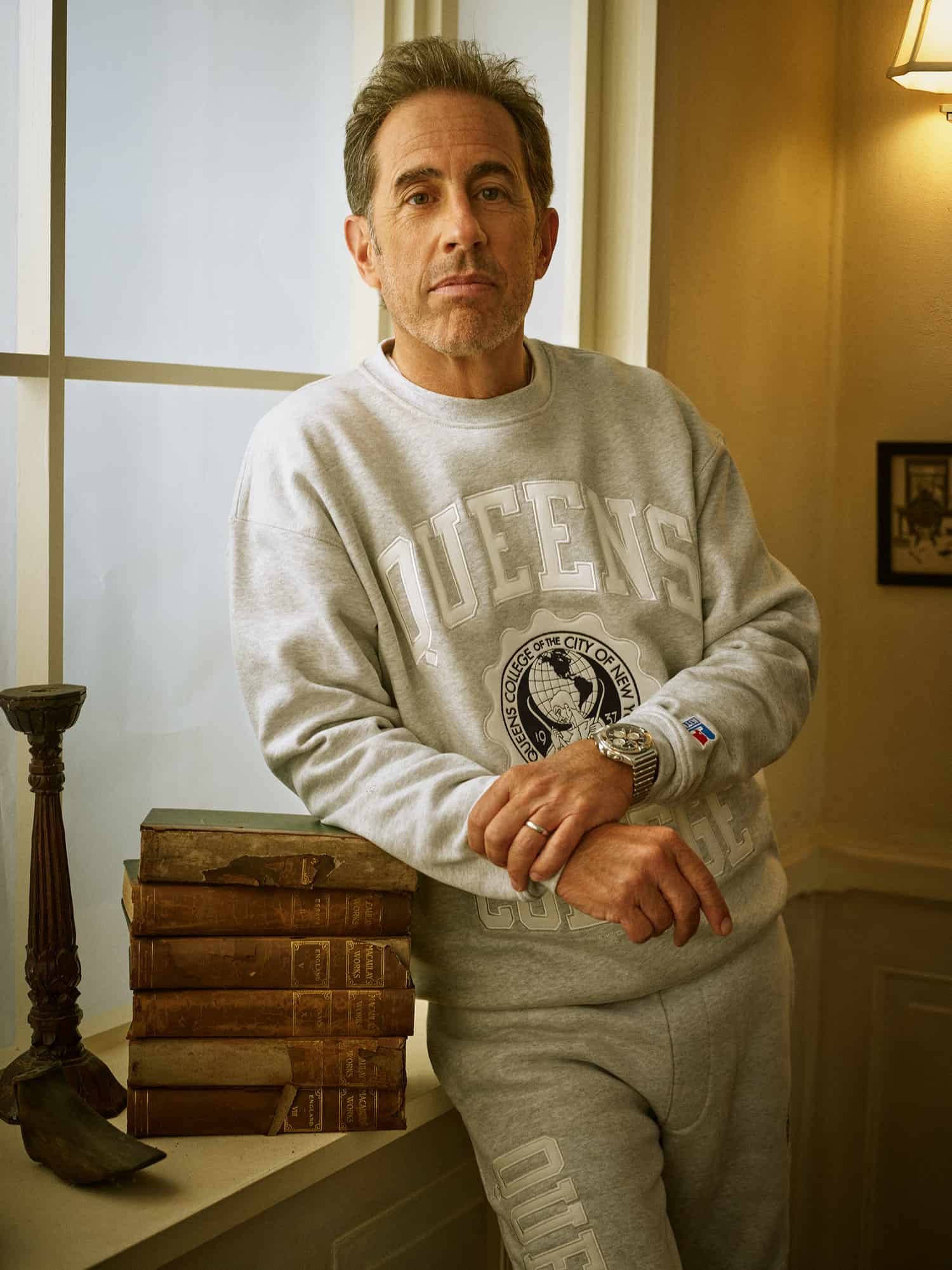 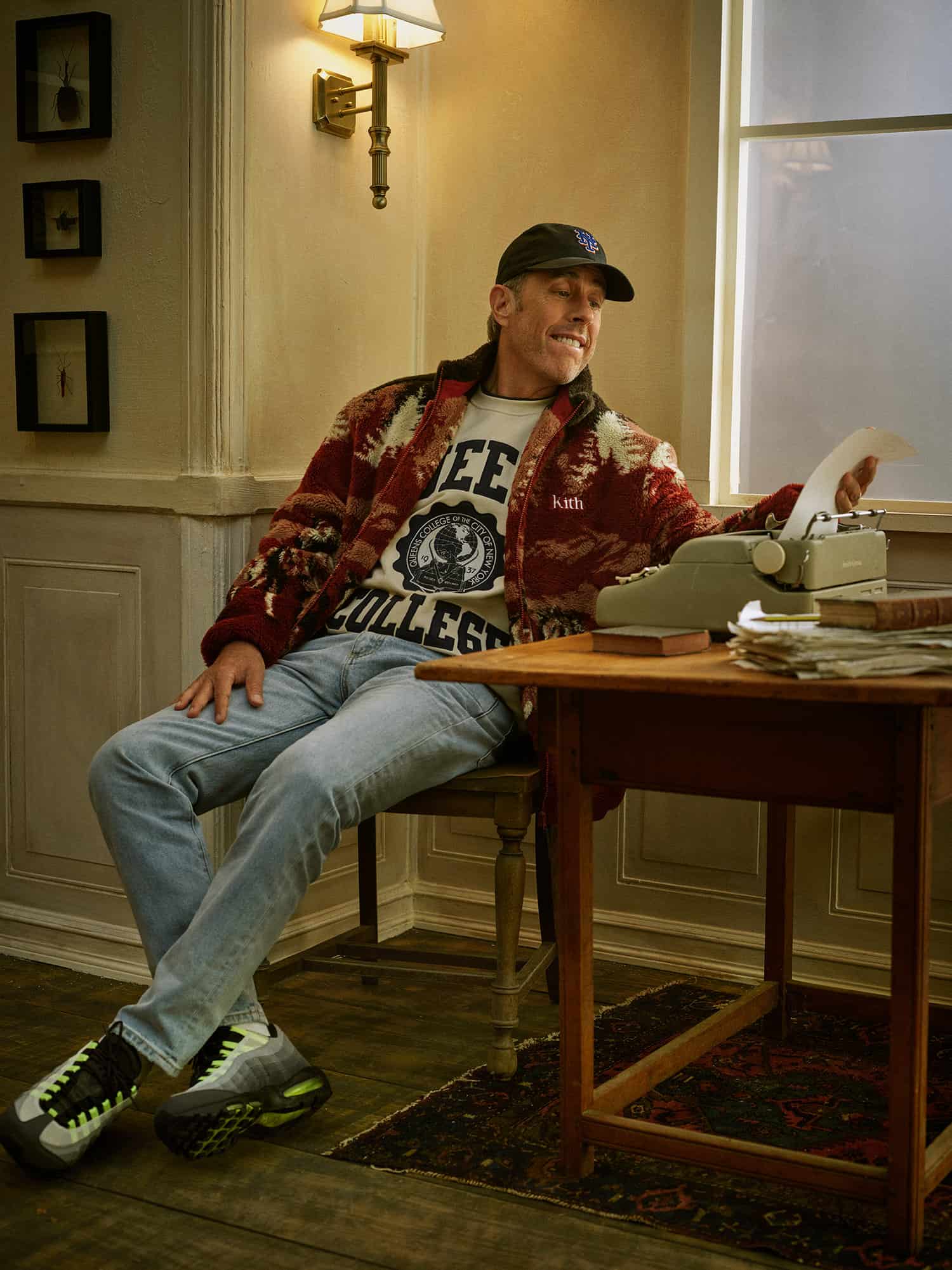 Speaking of icons: Karen Millen has unveiled the third chapter of its ICONS series. And none other than Elizabeth Hurley, whose sensual style helped defined ’90s dressing, is leading the latest iteration (following in the footsteps of Paulina Porizkova and Helena Christensen). Hurley, 57, fronts the campaign, which takes its inspiration from both the early years of the Karen Millen brand, fused with her own polished personal style. As such, this new line is brimming with pieces that are unapologetically sexy, form-fitting, glamorous, and scene-stealing…just like Liz. We’ll take a leaf out of her book, any day! Shop it here. 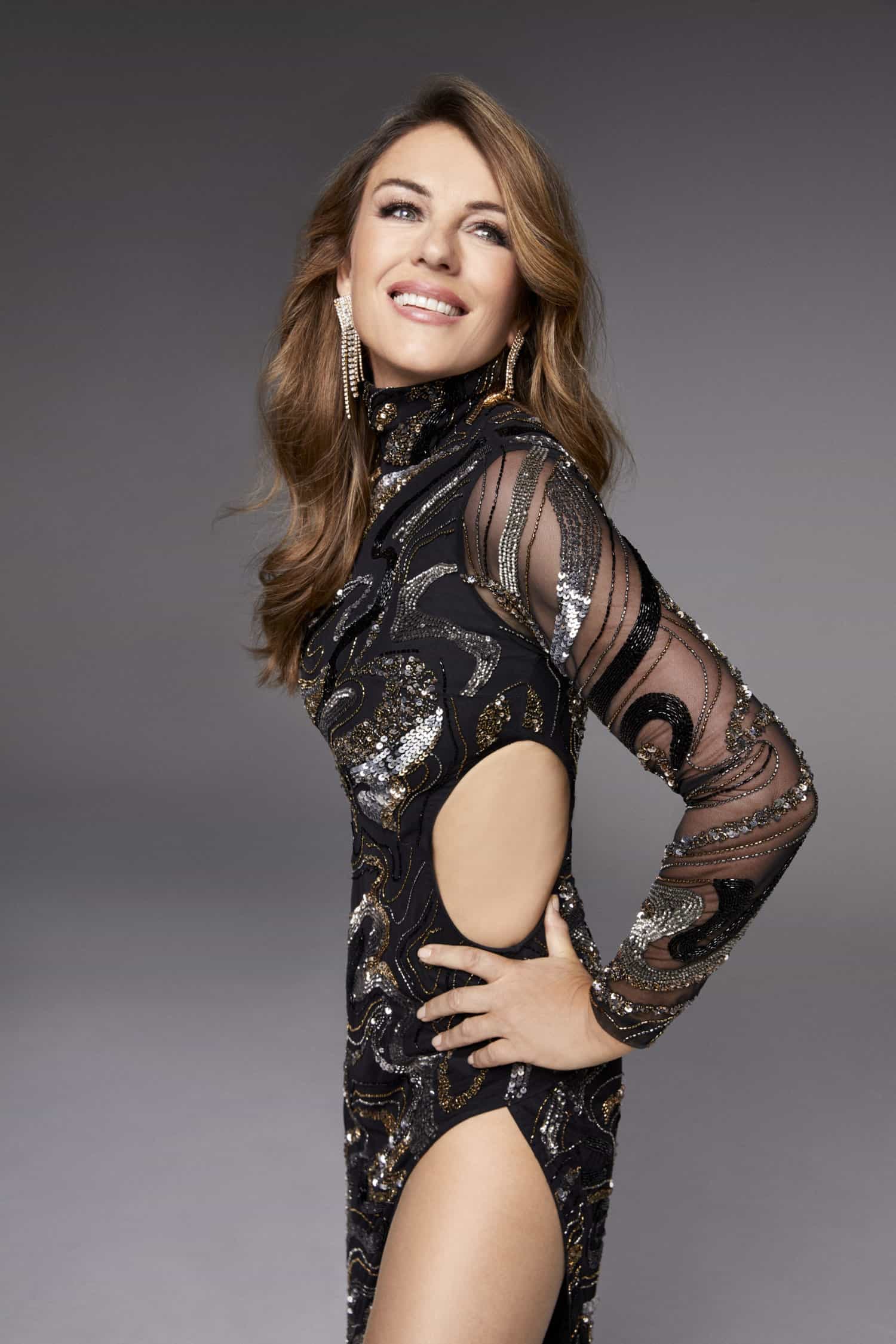 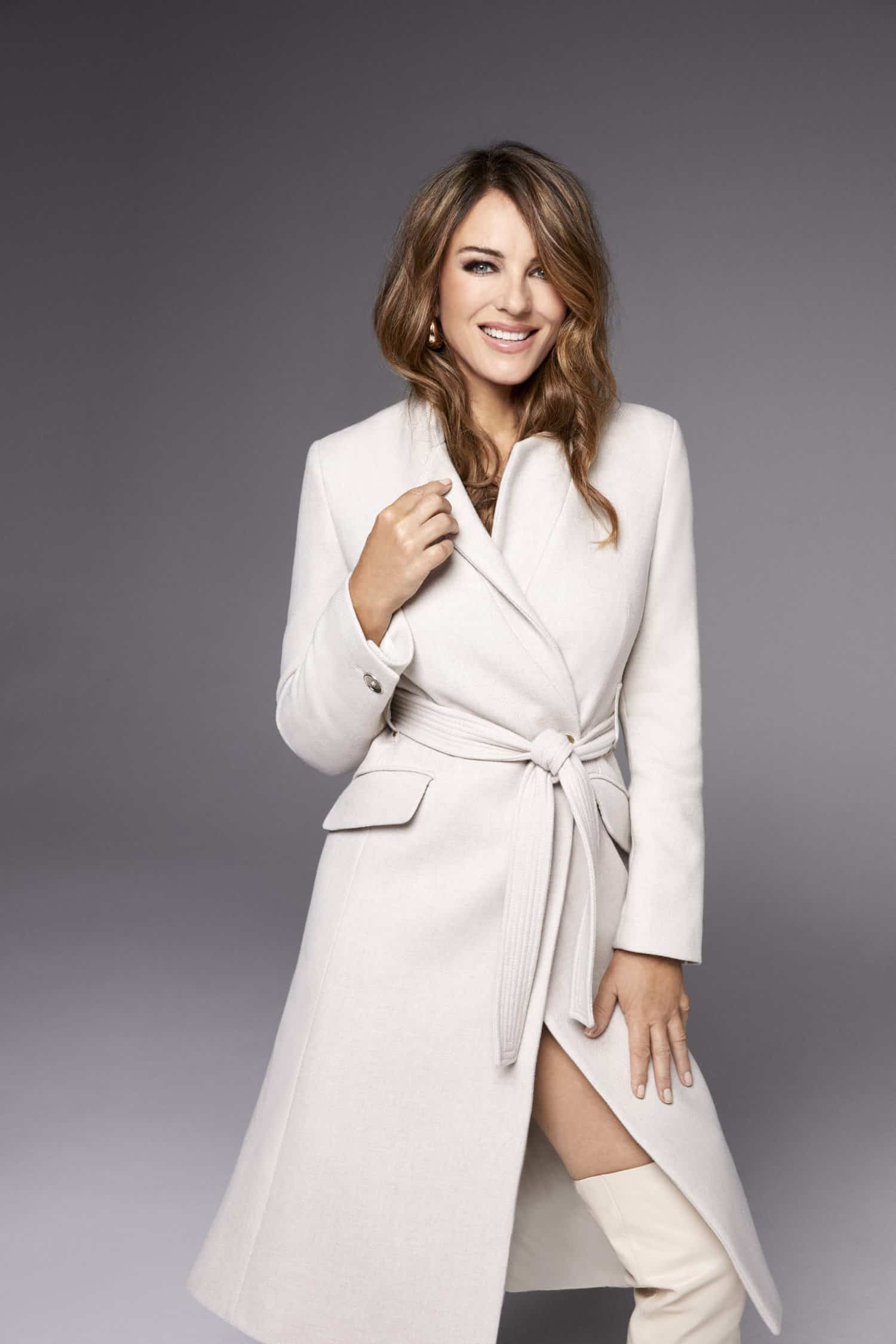 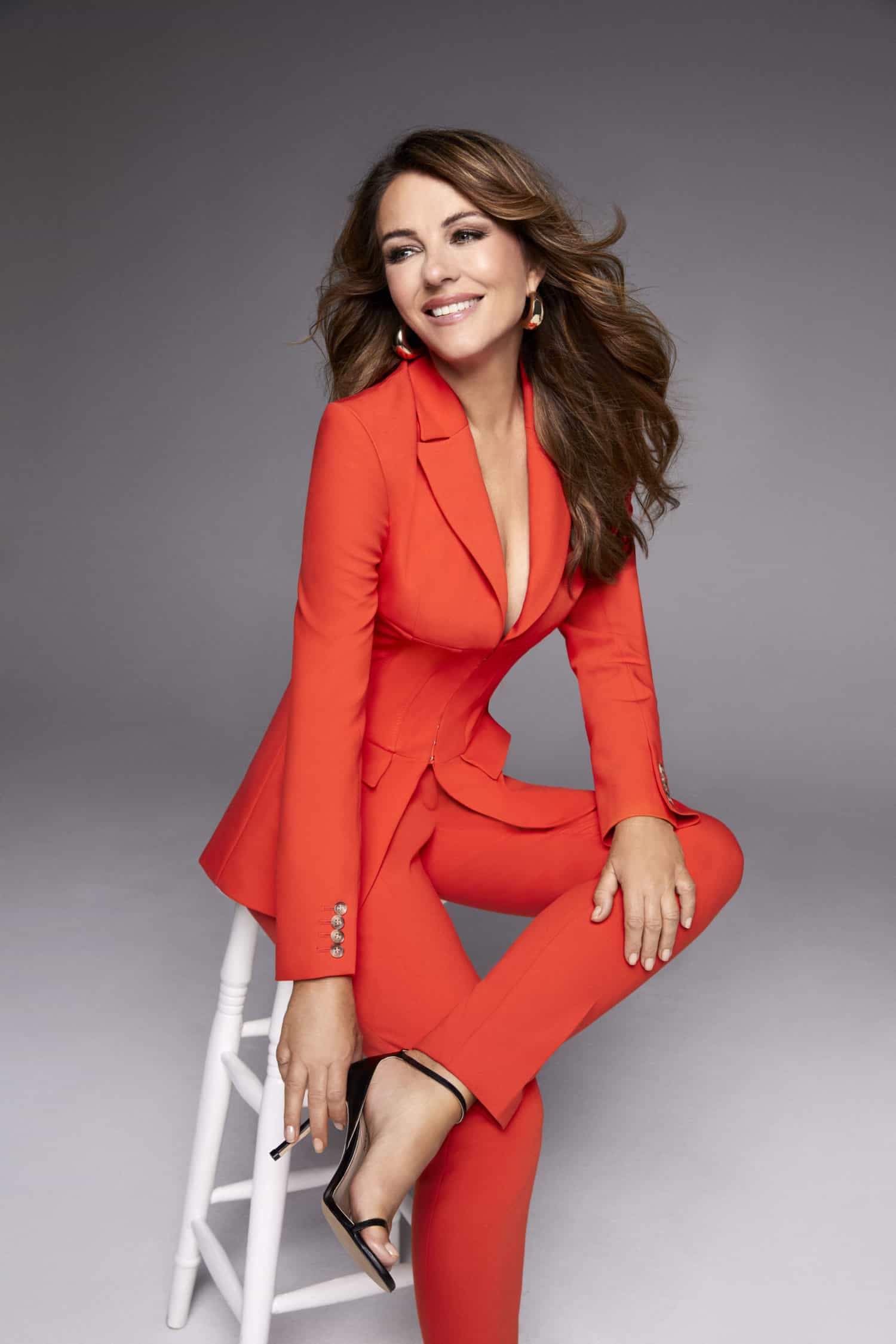 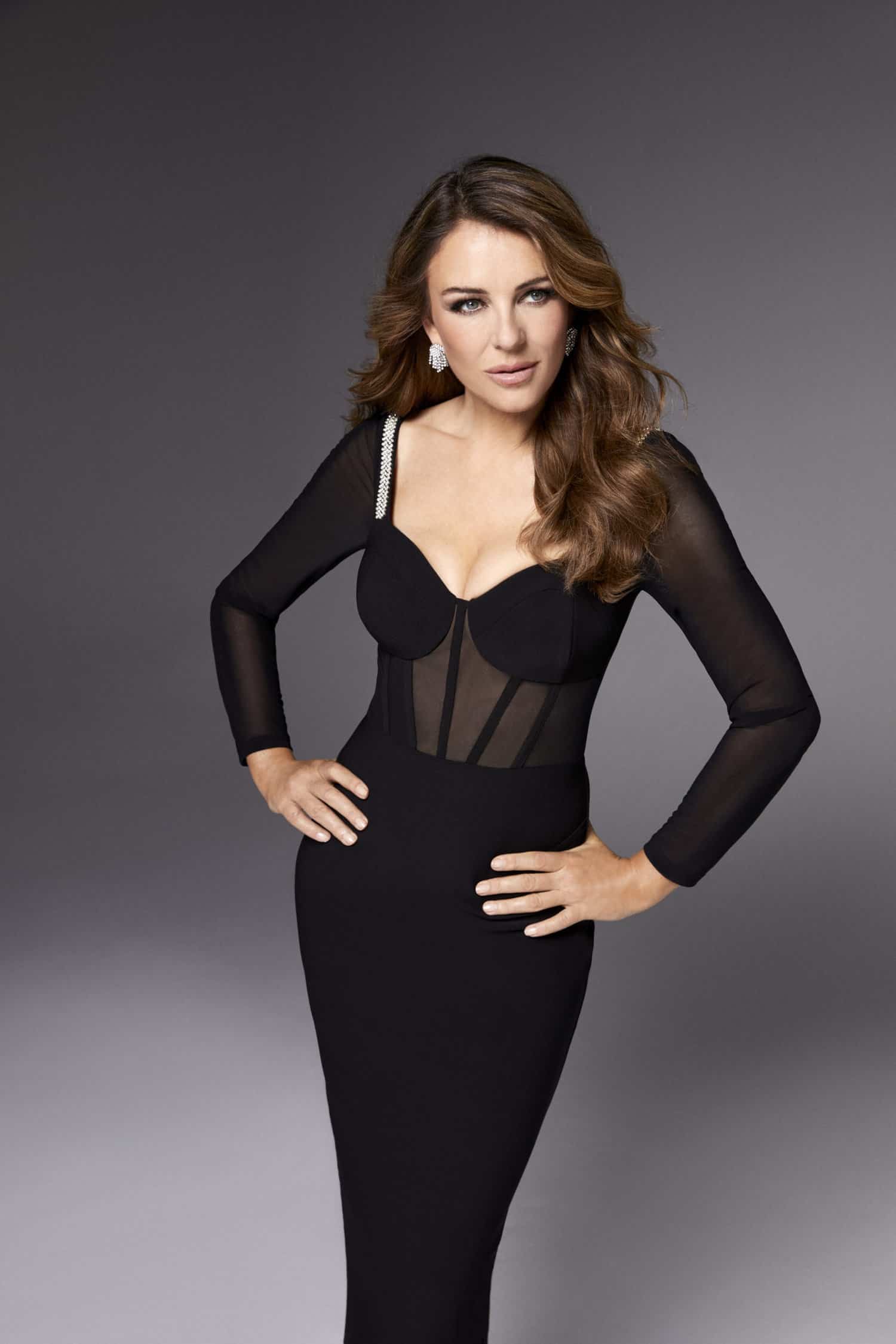 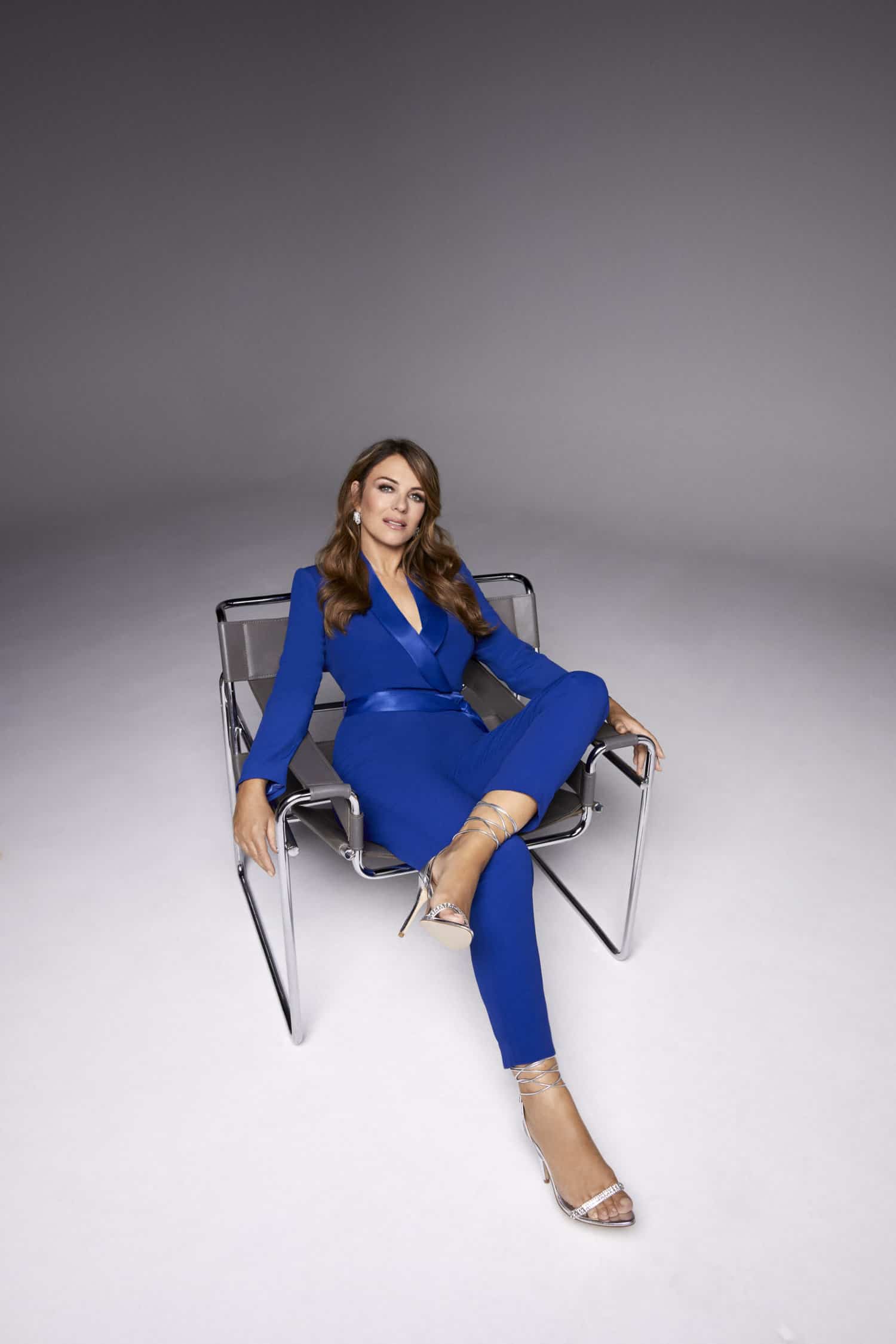 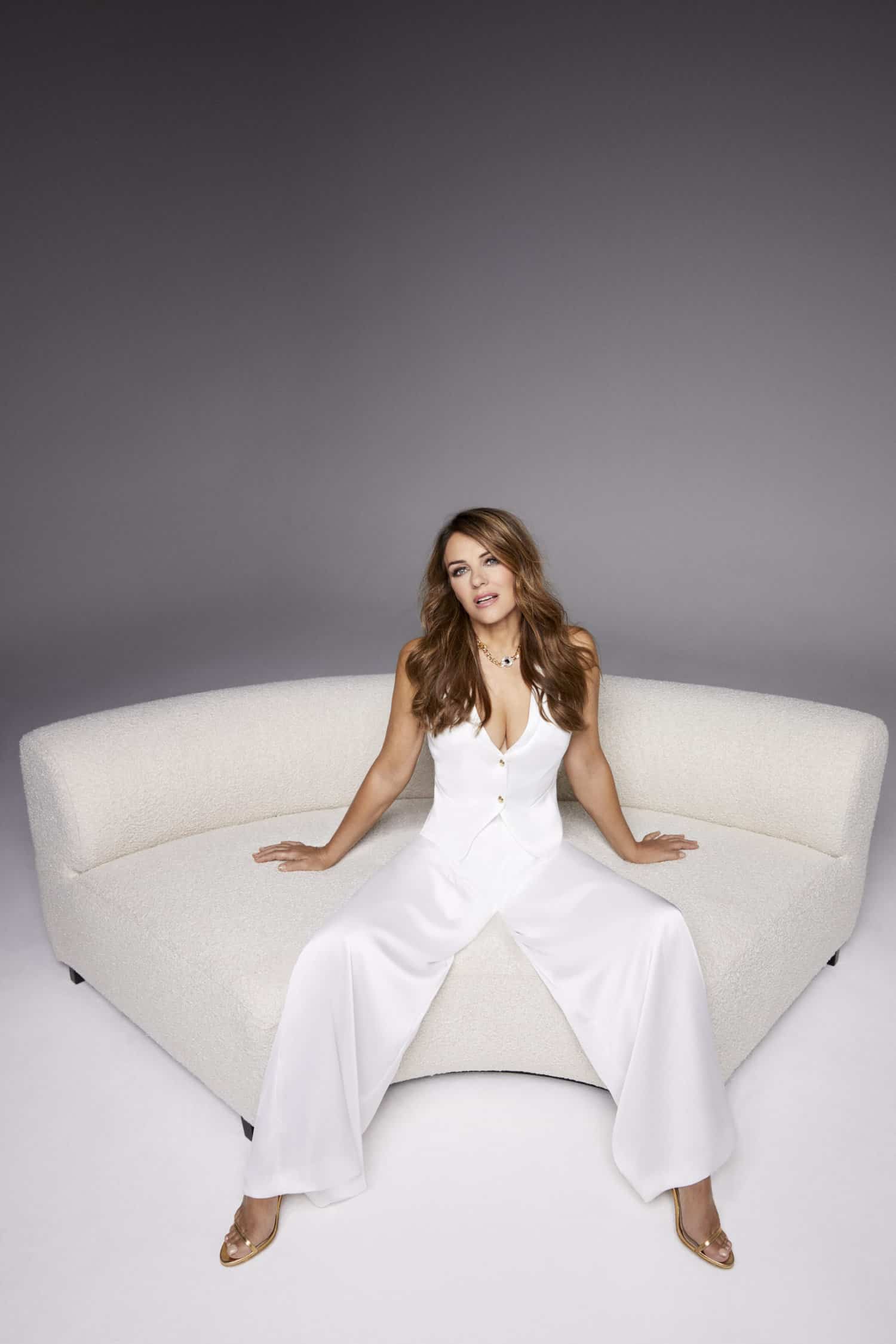