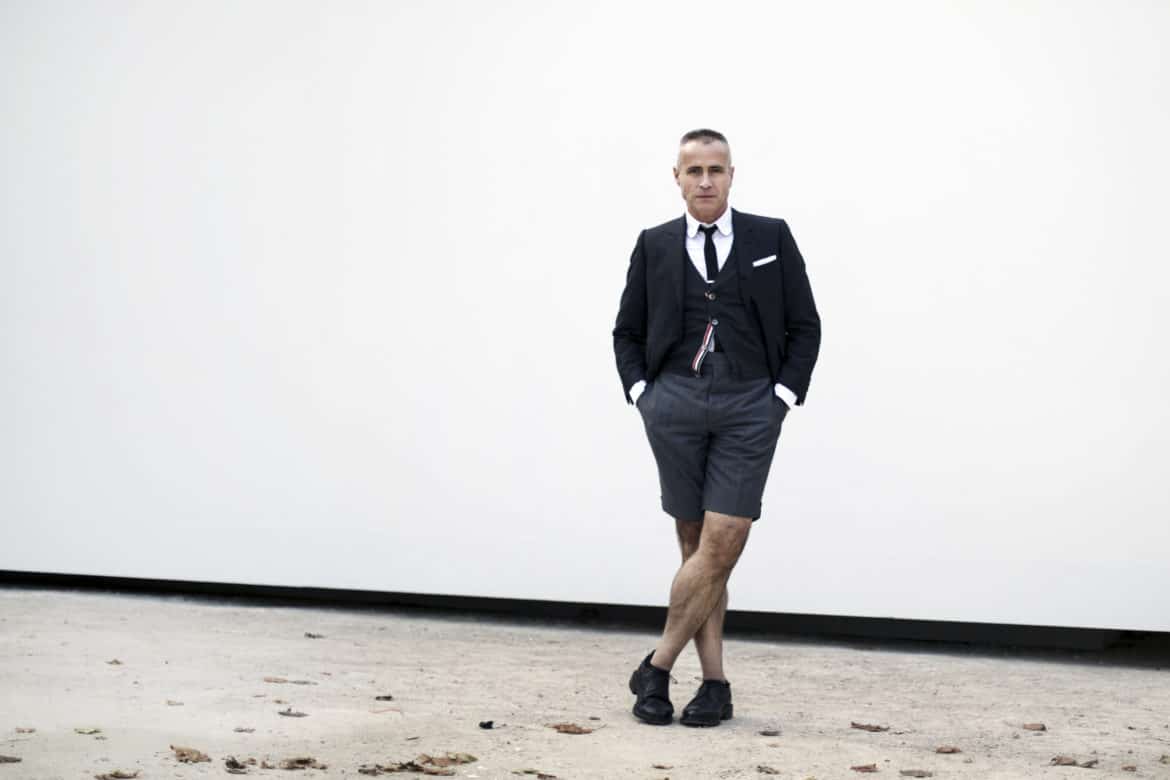 Fashion Month may have just wrapped, but all eyes were back on London today as Sarah Burton presented her Spring Summer ’23 offering for Alexander McQueen (the designer had always intended to show off schedule, while other brands are reconfiguring their plans after they canceled LFW shows to mourn the Queen.) The show setting itself probably looked familiar to fans, as it was the very same transparent inflatable bubble that was used in October 2021. Reduce, reuse, recycle was also a message that continued into the collection, which was derived in 95% sustainable fabrics. As for the reuse, Burton paid homage to the late, great founder by bringing back the famed ‘bumster’ trouser silhouette from his pivotal mid-1990s collections. “How do you dress a woman to empower her in the times that we live in? How do you play with the proportions of the body? How do you reveal things without it being completely overt? How do you do it subtly? It’s always about a woman dressing for a woman. It’s not a male gaze,” she said backstage about her approach this season. “I wanted everything to be very precisely cut: the tailoring dissected and not much surface embellishment. I wanted to embrace the female form, so even when they had volume I wanted to slice it away and dissect it, so you still see and celebrate the body.” Ass such, the collection also included recurring hits: painstakingly-detailed crystal embellishment, bustiers in buttery soft leather, tough girl outerwear, spray-paint effect suiting, and tailoring so sharp you could cut corners with it. Get a sense, below: 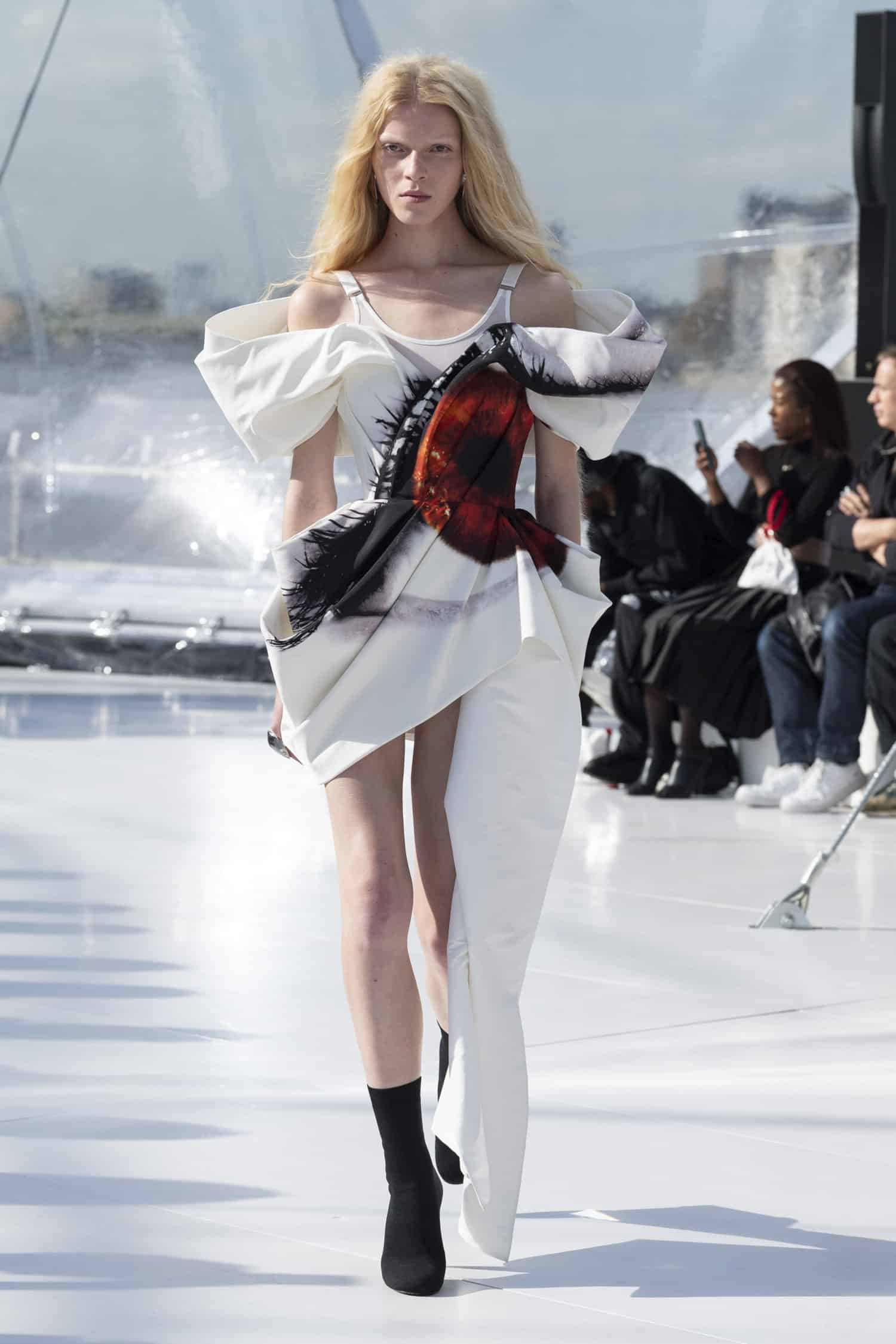 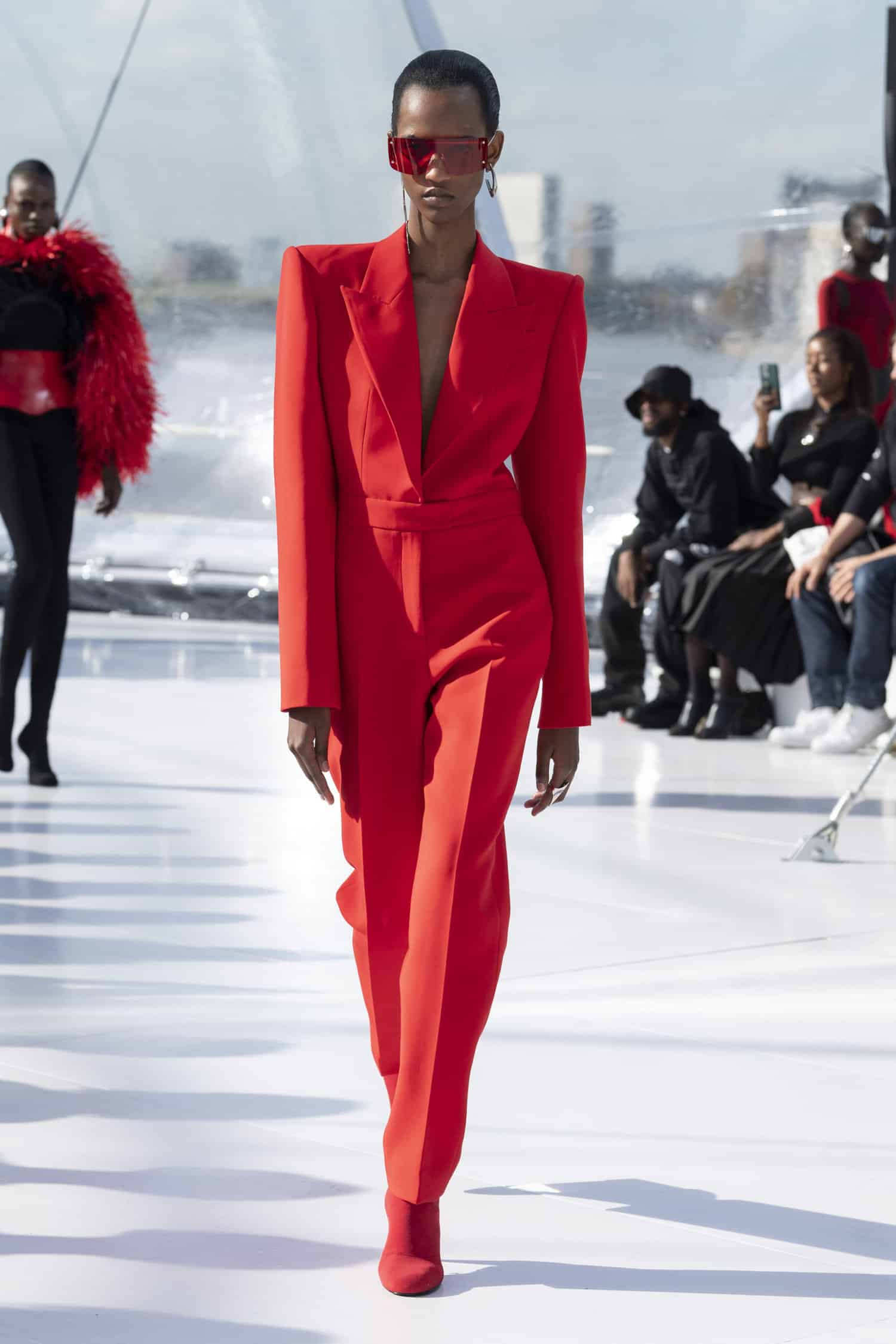 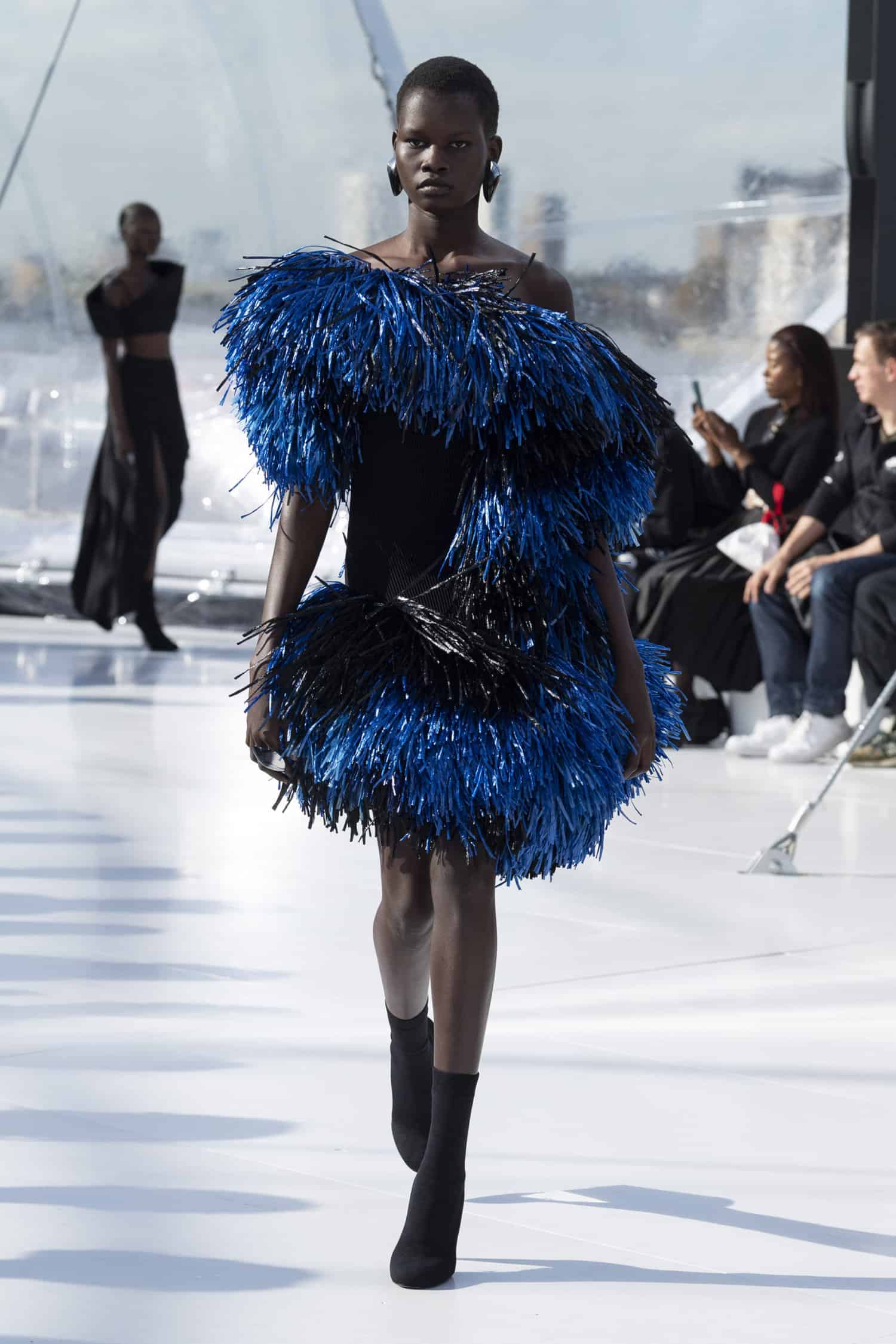 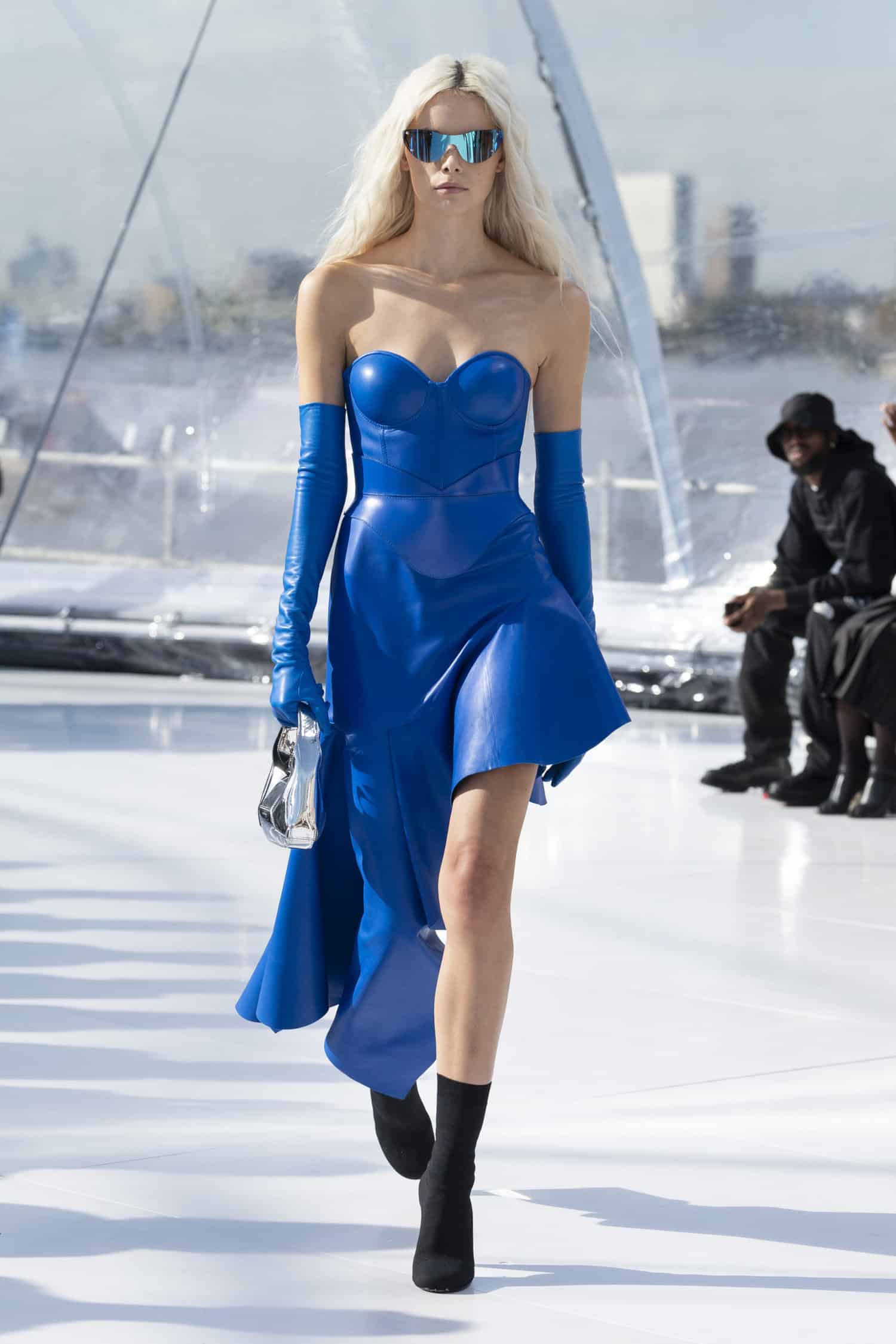 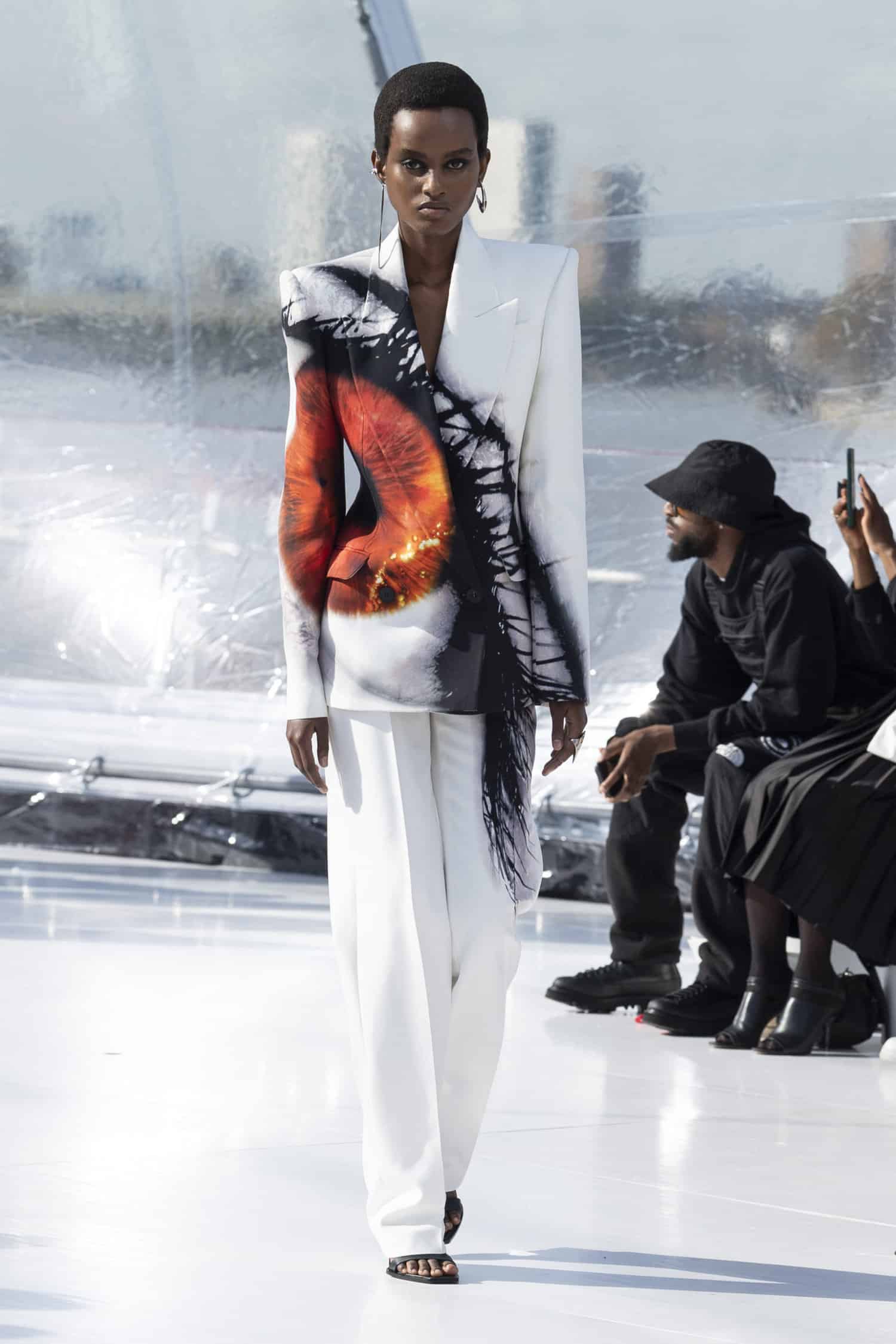 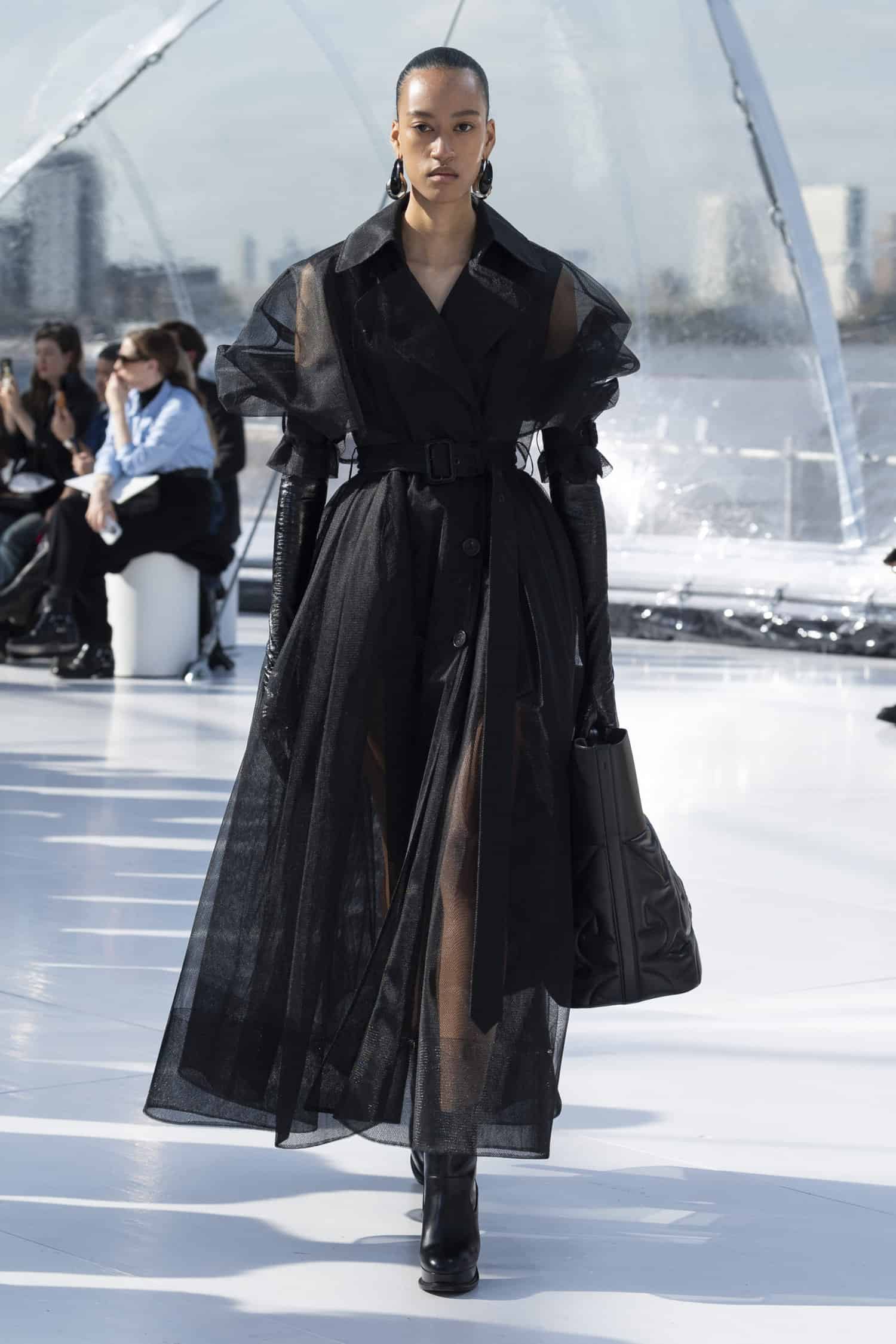 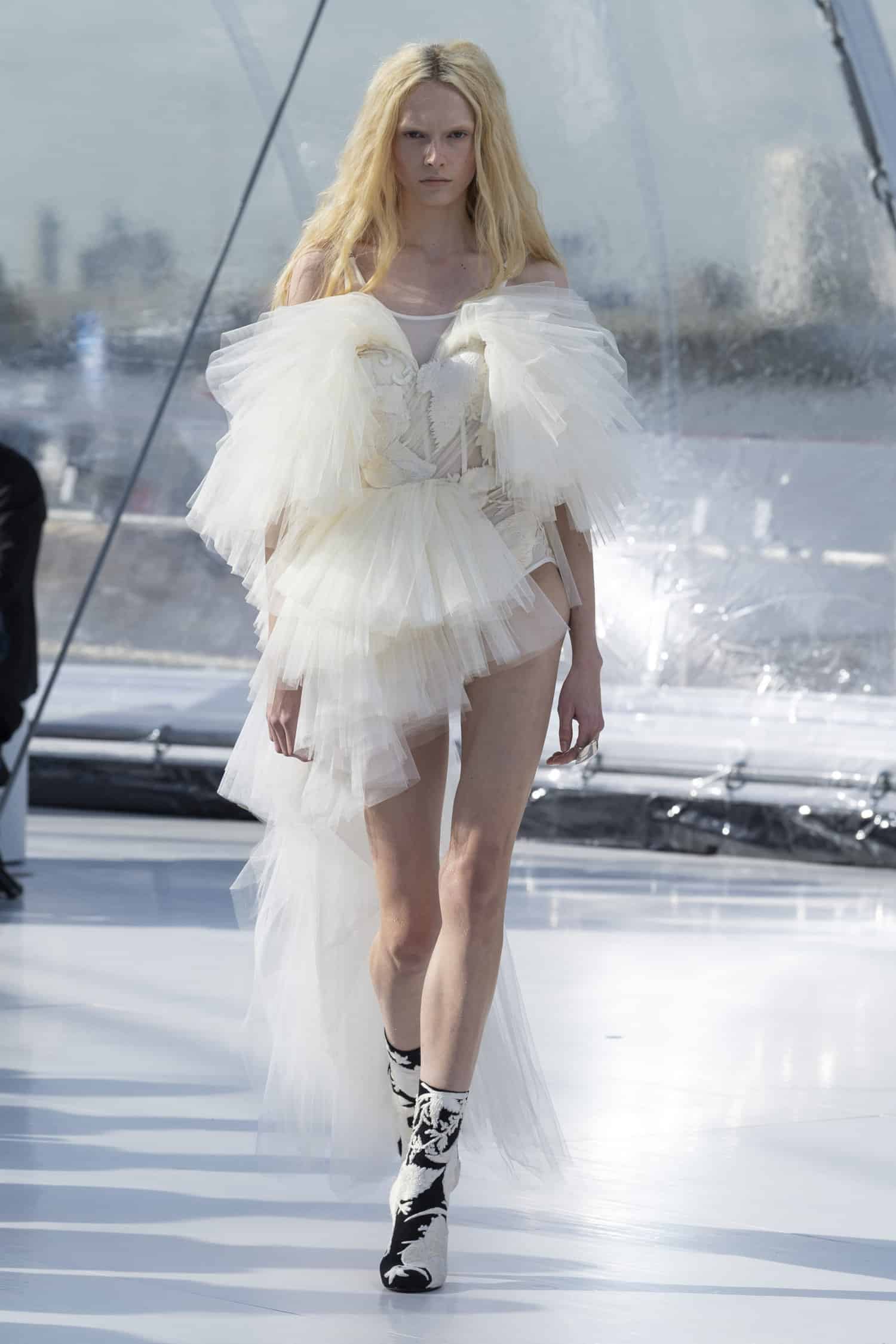 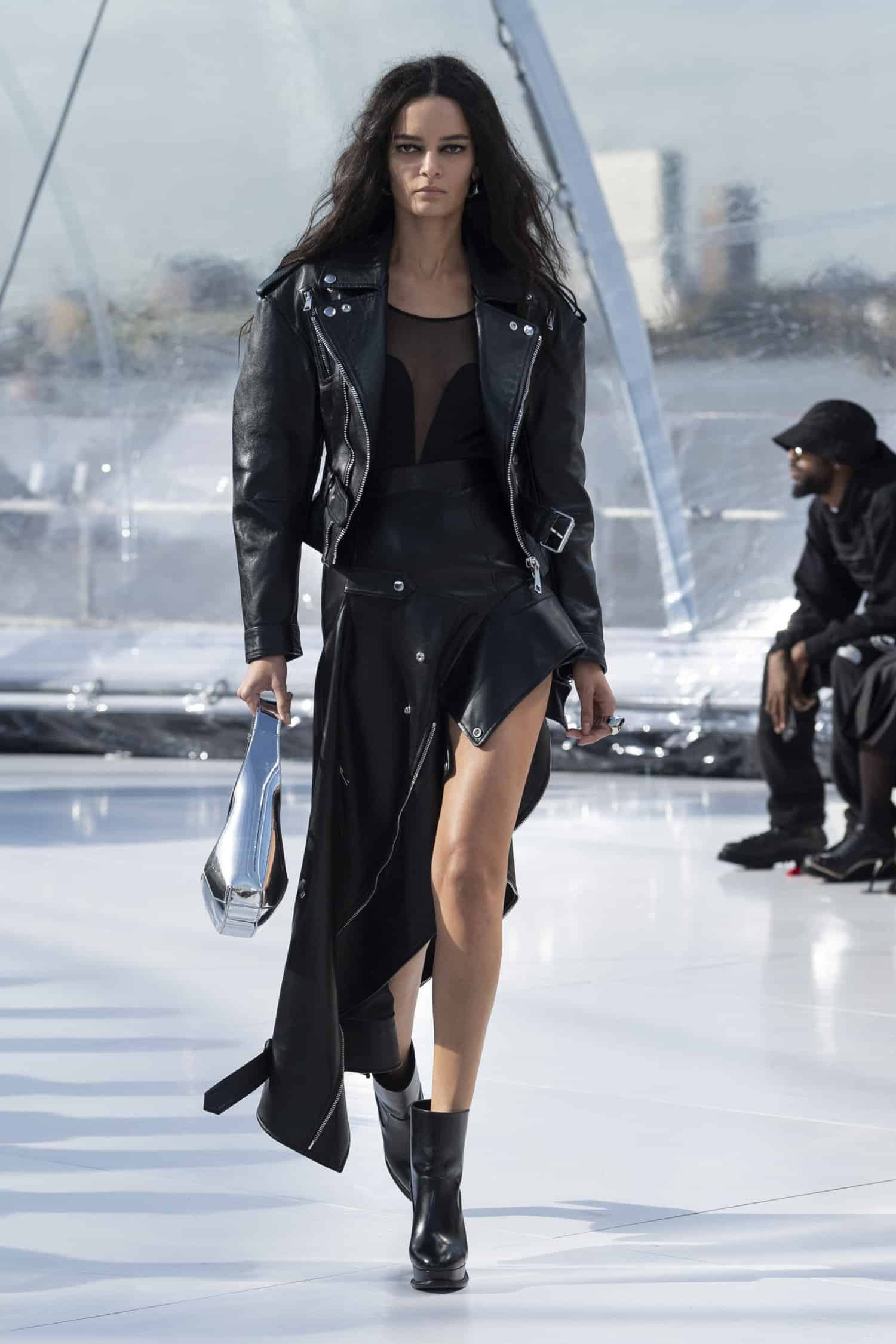 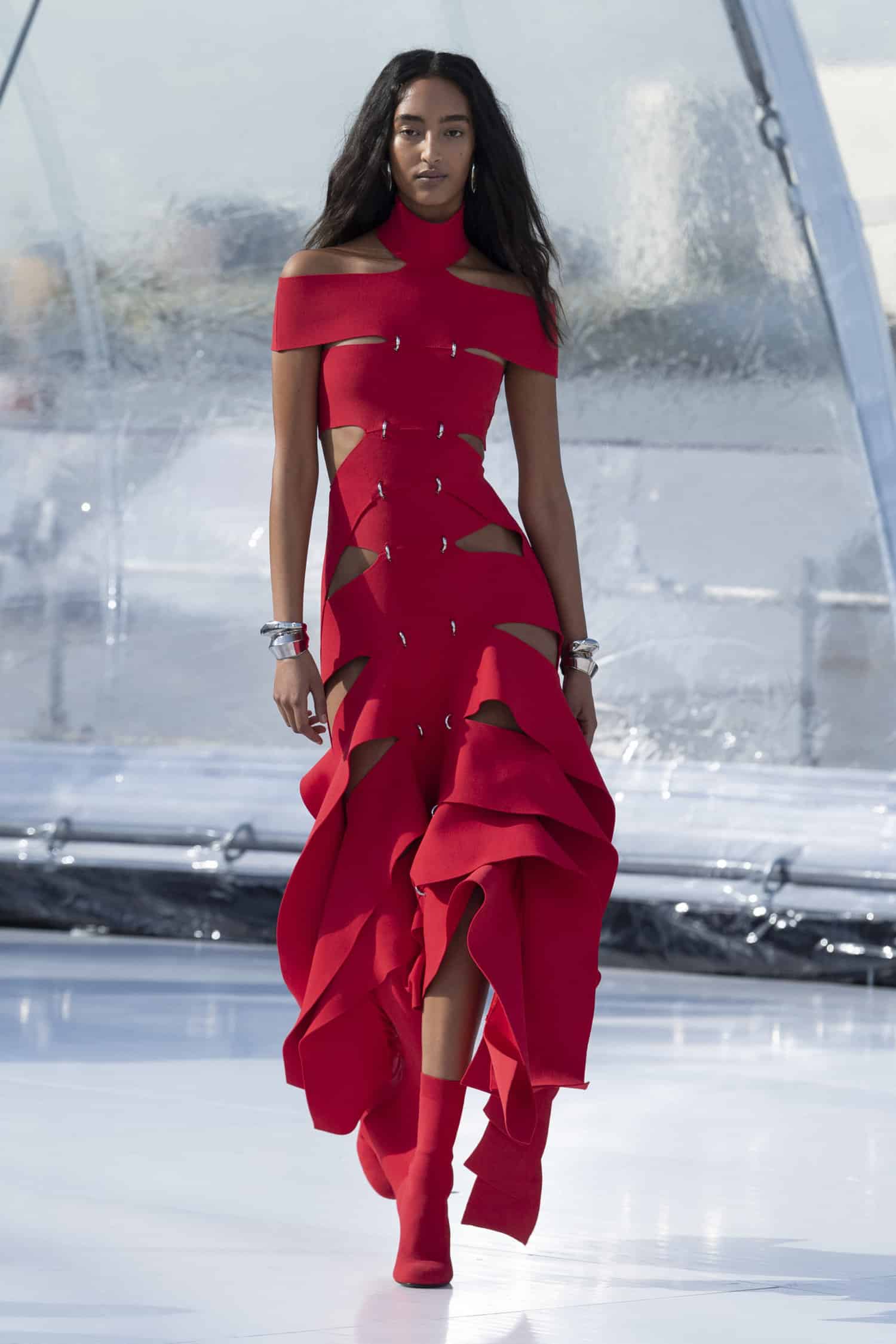 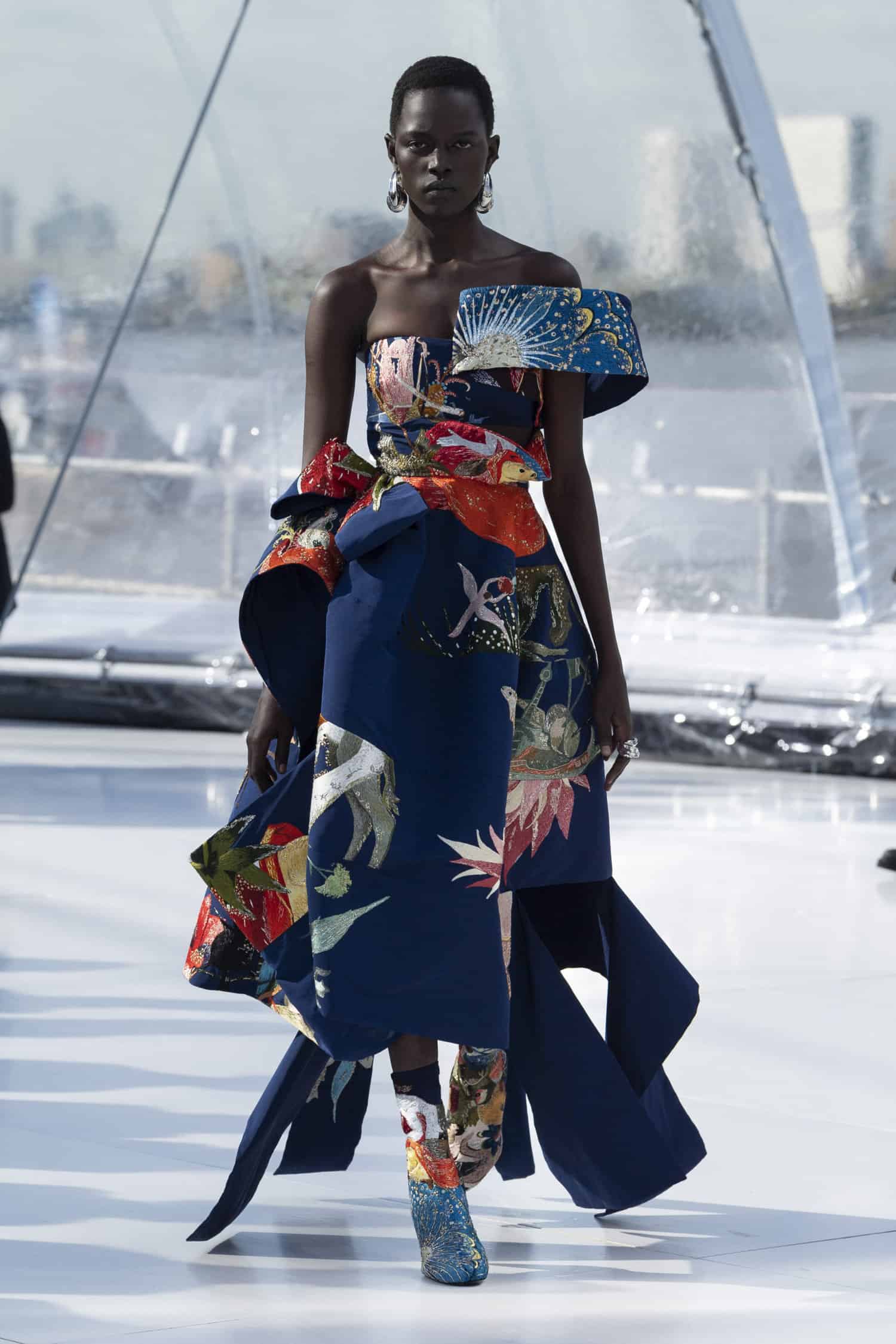 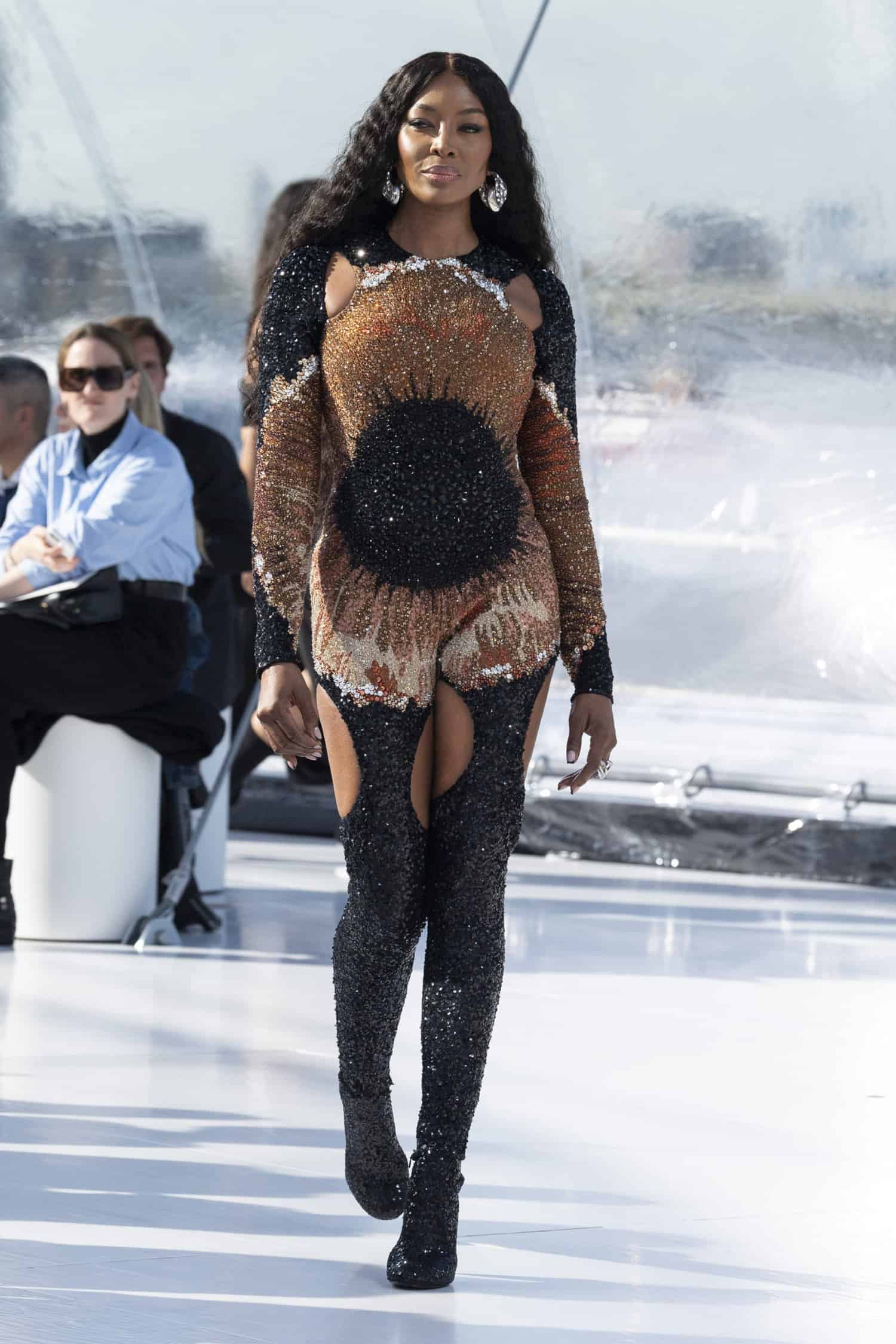 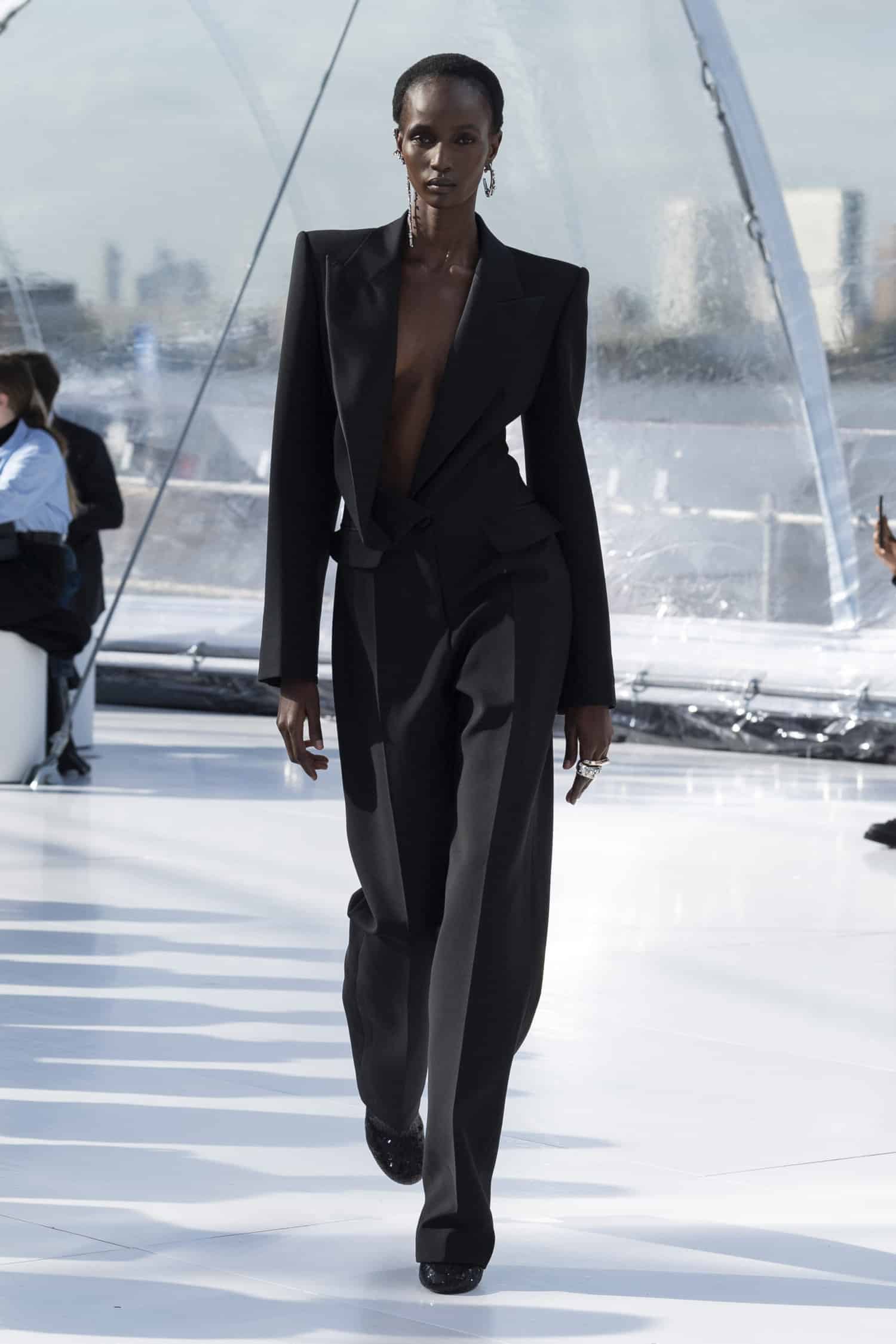 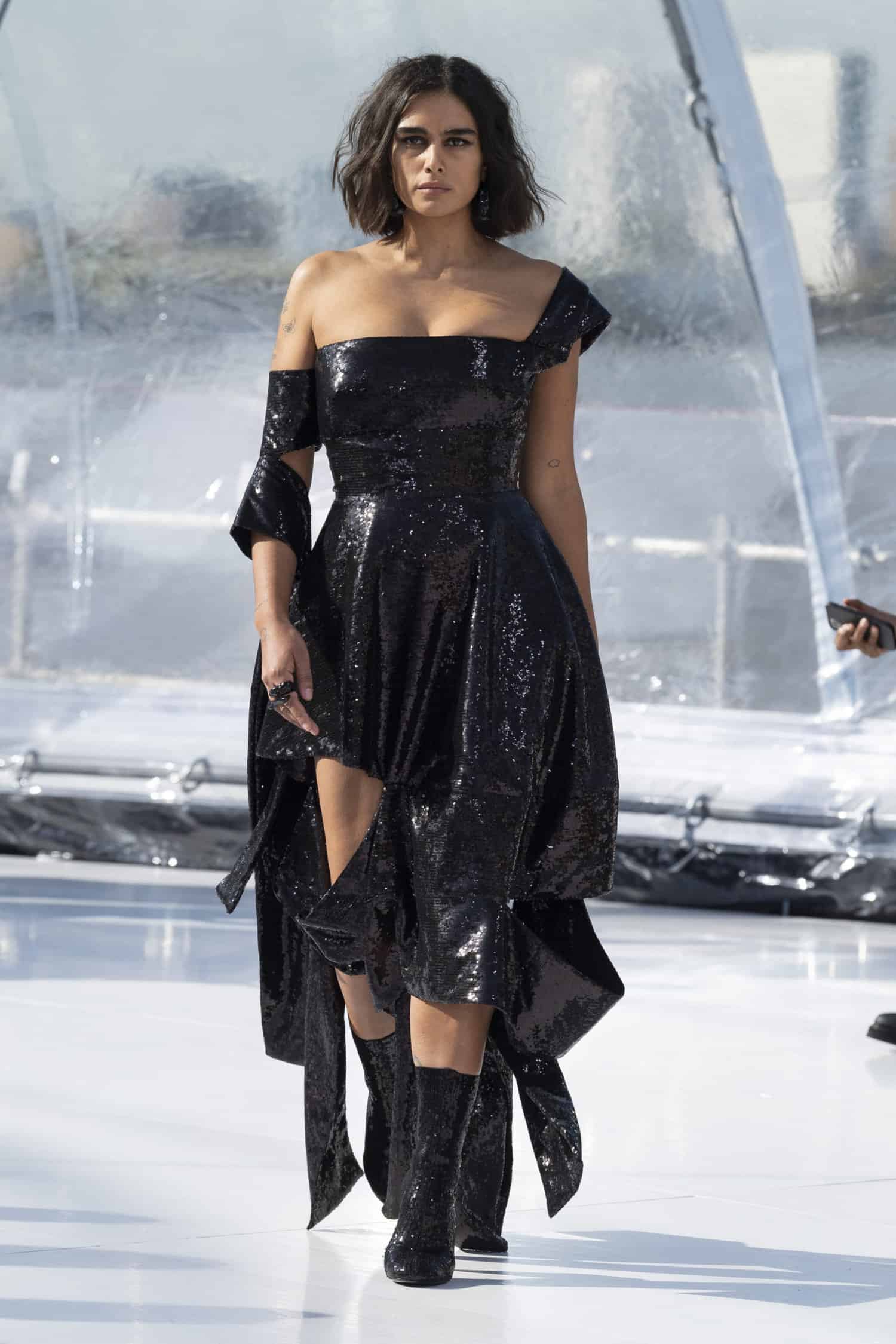 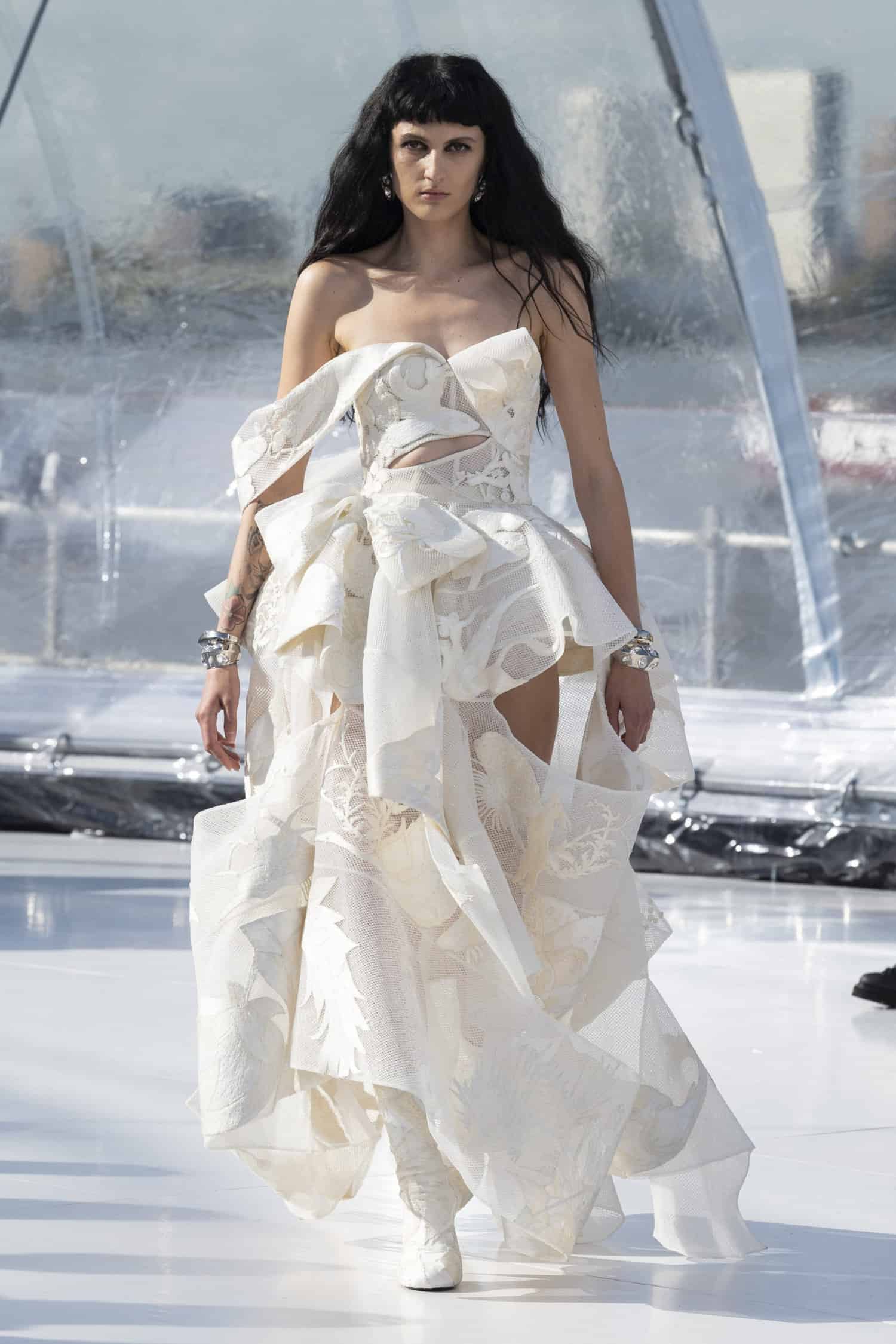 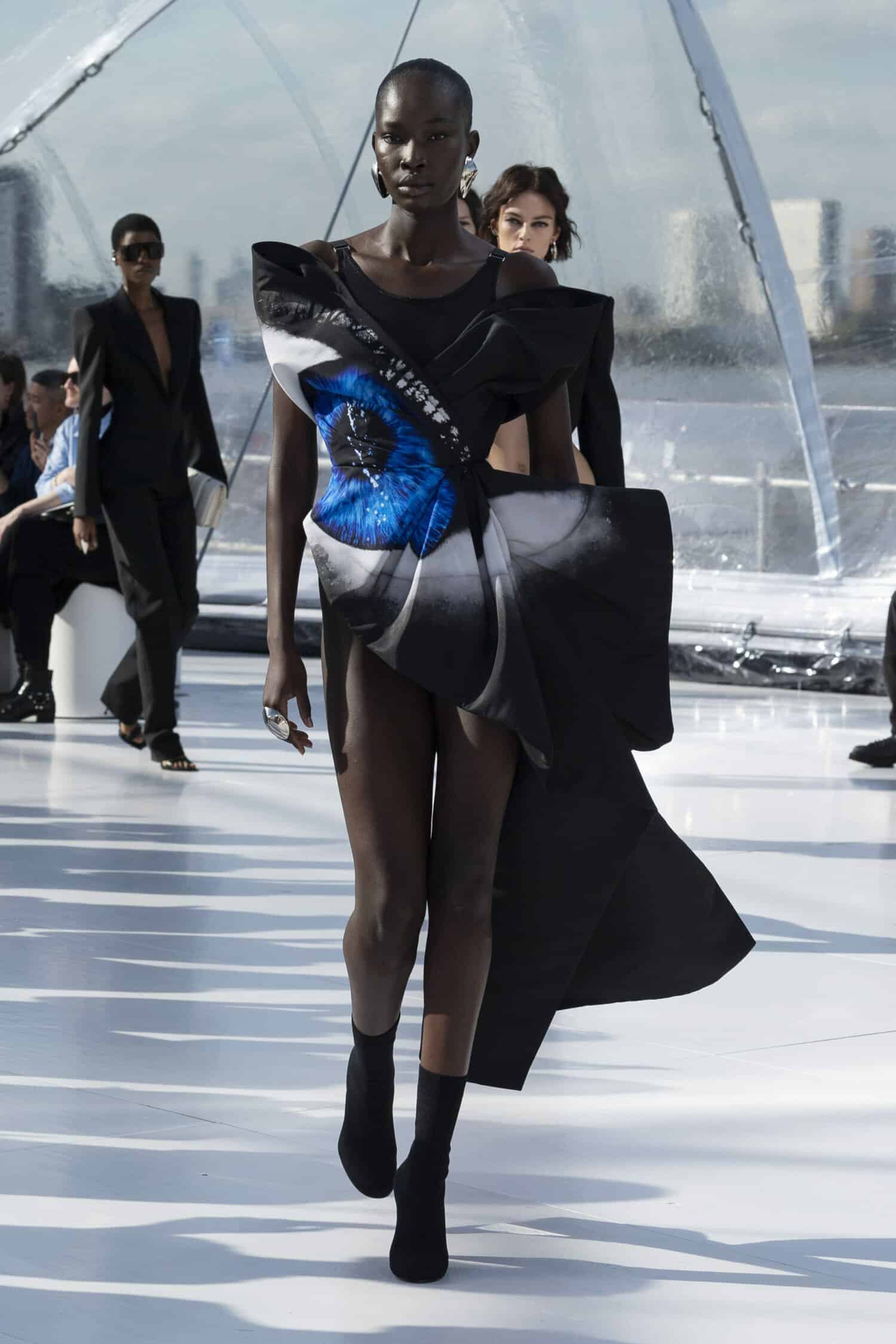 Thom Browne is the next chairman of the CFDA

Congrats are in order for Thom Browne, who’s been named the incoming chairman of the Council of Fashion Designers of America, effective January 1, 2023. Succeeding Tom Ford, Browne will hold the role for a two-year term. The New York-based designer has been a member since 2005 and has won the Menswear Designer of the Year accolade three times. In addition to serving on the CFDA Board of Directors, Browne is a past member of the organization’s Admissions Committee and serves on the current Selection Committee for the CFDA/Vogue Fashion Fund. Of his appointment, he said: “I am very excited about taking on the chairmanship of the CFDA. I feel a huge responsibility in working with Steven and the CFDA team to carry on the positive and important work of Tom, Diane, and Stan. I, also, feel that it is important to give back to an industry that has supported me so well over the last 20 years. I am so proud to be an American designer… there is so much happening in American design today that the world needs to really see and recognize and truly appreciate.”

Paul Mescal catches up with Dakota Johnson for Interview

Move over Connell’s Chain, hello Mescal’s Bottega Boots. Irish actor Paul Mescal, who’s found himself a front row fixture at the likes of Prada since rising to meteoric fame as emotionally tortured teen Connell in Normal People, was given the Interview treatment for the publication’s Fall issue. In other words: thigh-high boots and leather, a rhinestone tie, and a fur-trimmed overcoat, as styled by fellow countryman Gerry O’Kane. In the chat, the 26-year-old reminisces with former co-star Dakota Johnson about what it was like to work together, including the revelation that the very first scene he ever filmed for a movie involved kissing Johnson. “I think I’d be okay with it if that happened to me now. But I think kissing anybody on your first day’s work, let alone your first fucking job, let alone it being Dakota Johnson, you’re like, “Okay, great.” But you could tell that I was nervous and you were exceptionally disarming and kind. Actually, I think as a result of that, it made us close. I would’ve hated you otherwise, to be honest,” he laughed. Read the full feature here.

Marisa Meltzer is writing a book about Glossier

Writer, best-selling author, and New York Times contributor Marisa Meltzer is working on a book about the rise and plateau of billion dollar beauty brand Glossier. Titled Glossy: Ambition, Beauty and the Inside Story of Emily Weiss’s Glossier, it is set for release by One Signal at Simon & Schuster next summer. “Let’s pull back the curtain a little bit on this,” Meltzer teases. “They’ve done a great job at fostering mystique…the sprawling nature of the company was what always fascinated me from the beginning.” As per Business of Fashion, Meltzer, who also wrote the book This is Big: How the Founder of Weight Watchers Changed the World — and Me, spoke to founder Emily Weiss, as well as a number of employees, company watch dogs, investors, and store associates.

Elton John will perform at the 2022 Art+Film Gala

Elton John is set to wow the audience at the Los Angeles County Museum of Art’s 11th annual gala, taking place on Saturday, November 5. The Gucci-supported event will honor artist Helen Pasghian and filmmaker Park Chan-wook and is co-chaired by Eva Chow and Leonardo DiCaprio. Derrick “D-Nice” Jones is also due to DJ during the high profile event’s cocktail hour. 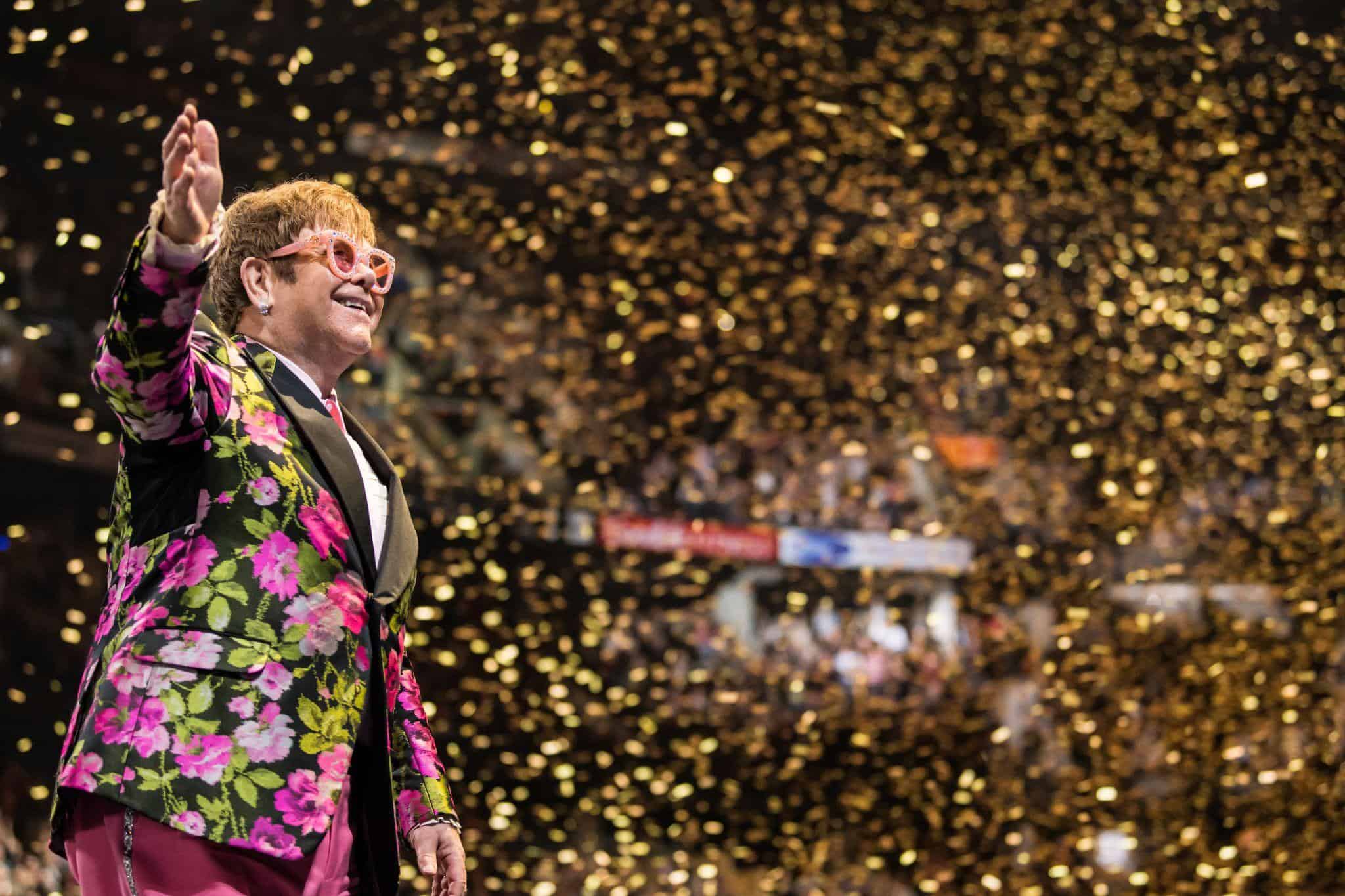