written by Ian Grafvonluxburg May 9, 2022 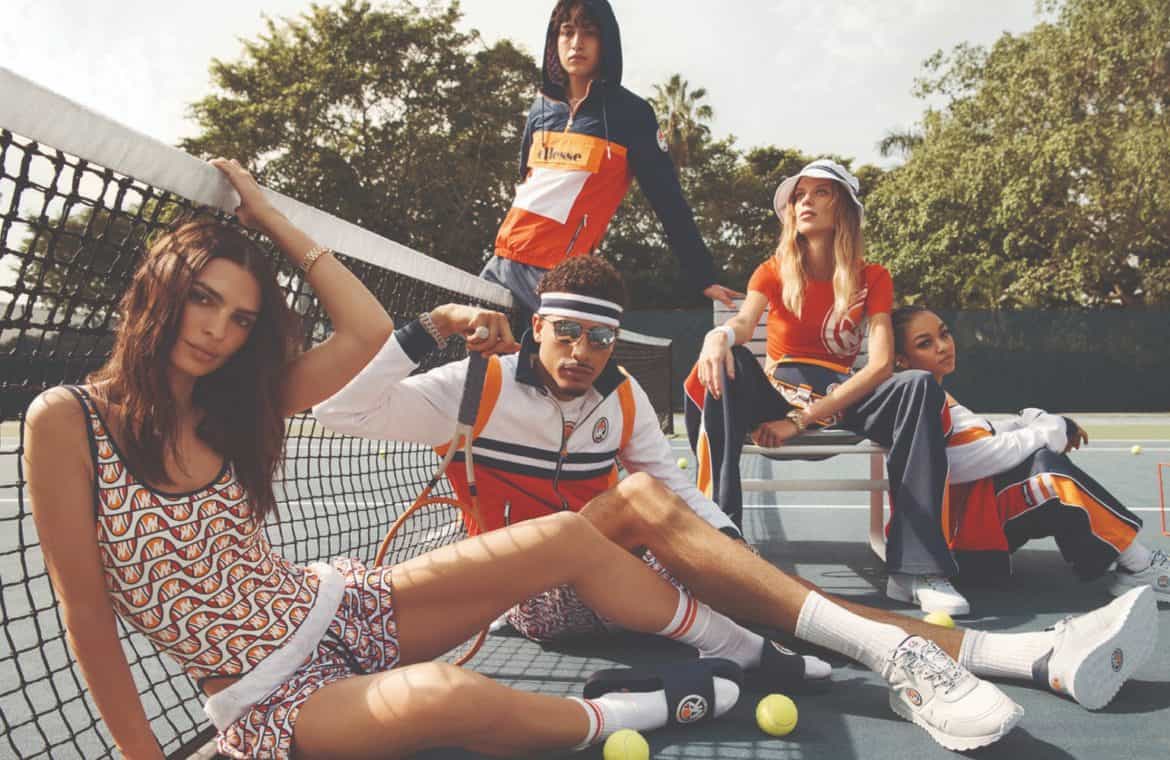 Sporty never looked so good. Michael Kors and luxe Italian sportswear brand ellesse are coming together for a celebration of the athletic styles of the ‘70s. Fronted by model Emily Ratajkowski, Brooklyn-based rap musician Jay Critch, and a cool cast of musicians, models, and multihyphenates, the collection’s designs are brought to life through a sporty and chic campaign. Taking place in Miami, the images were shot by renowned fashion photographer Lachlan Bailey and styled by Mel Ottenberg, editor in chief of Interview. Launching today, the Michael Kors x ellesse capsule offers a luxurious and modern take on retro athleisure with 24 pieces all emblazoned with a one-of-a-kind insignia that fuses Michael Kors’ iconic logo with ellesse’s tennis and ski-inspired one. Were you planning a trip to Miami? Well, you are now! 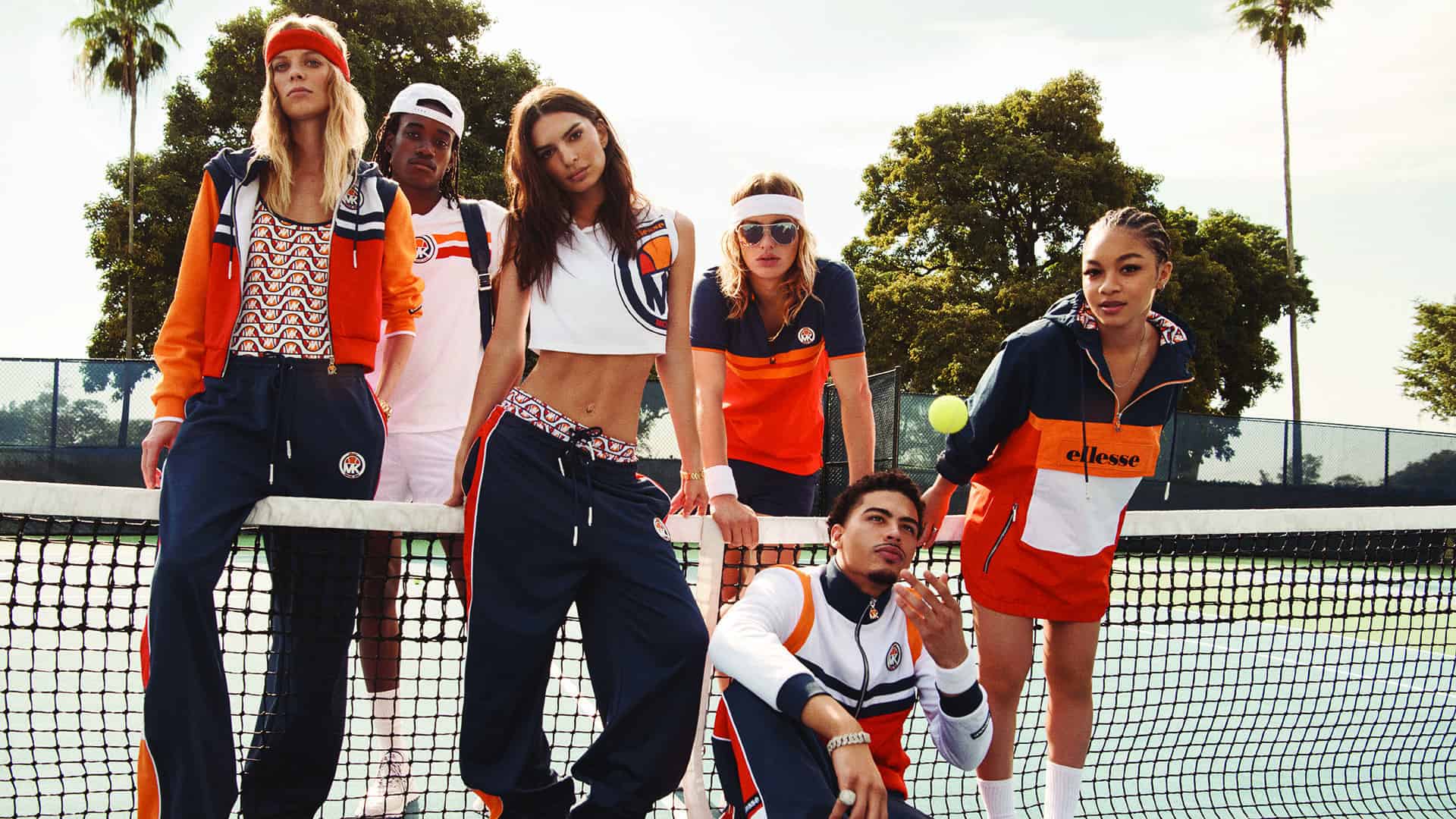 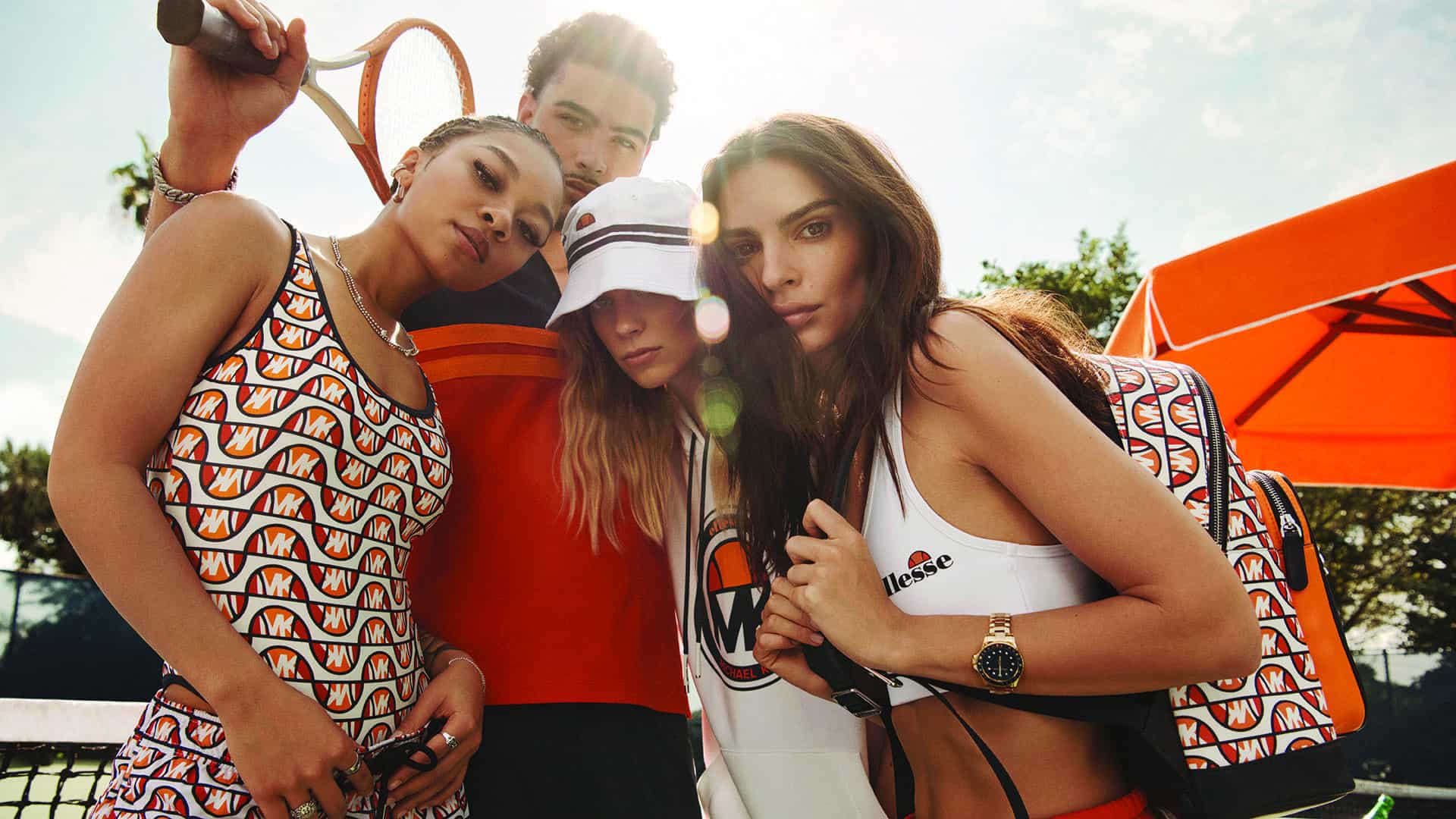 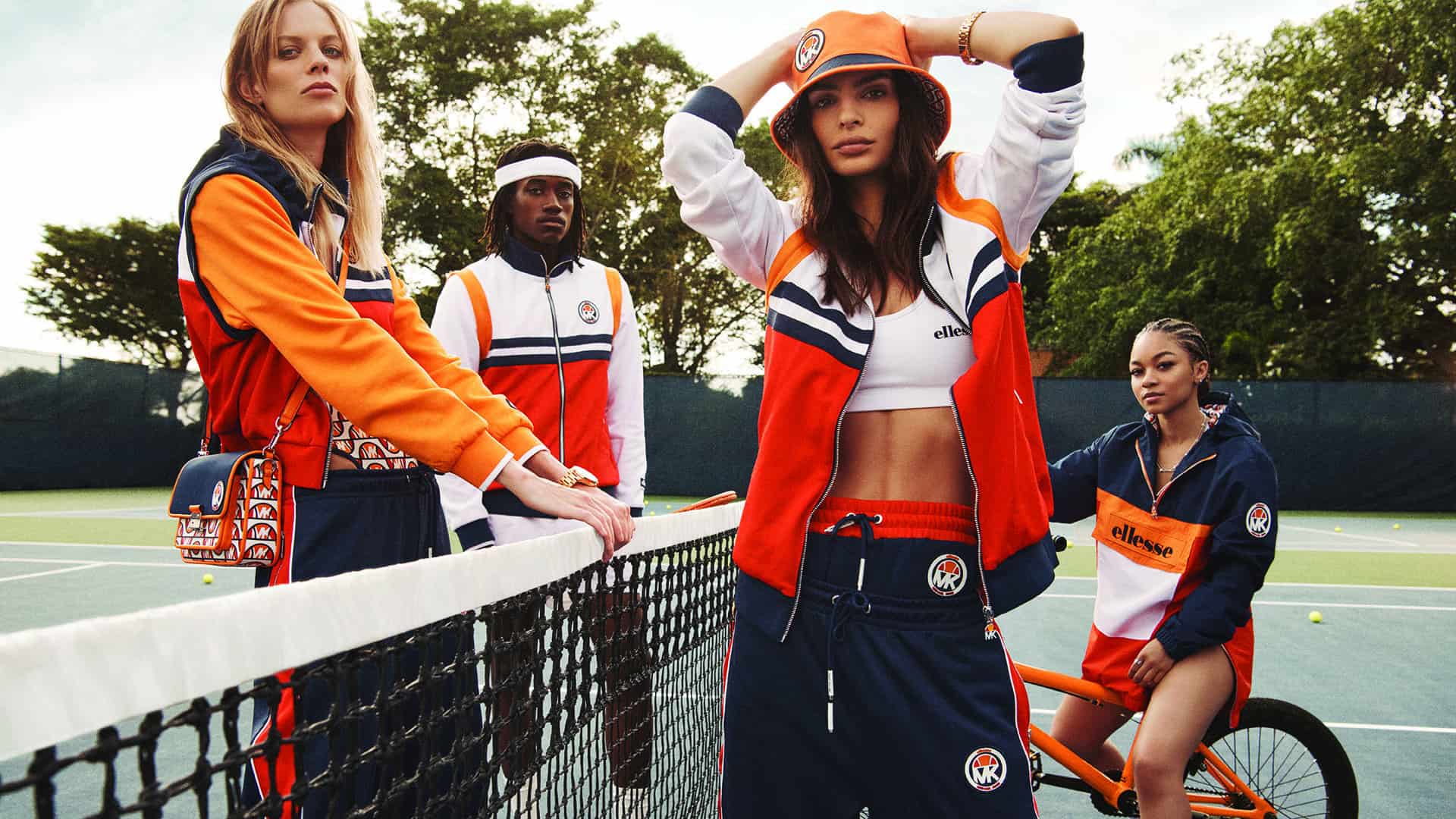 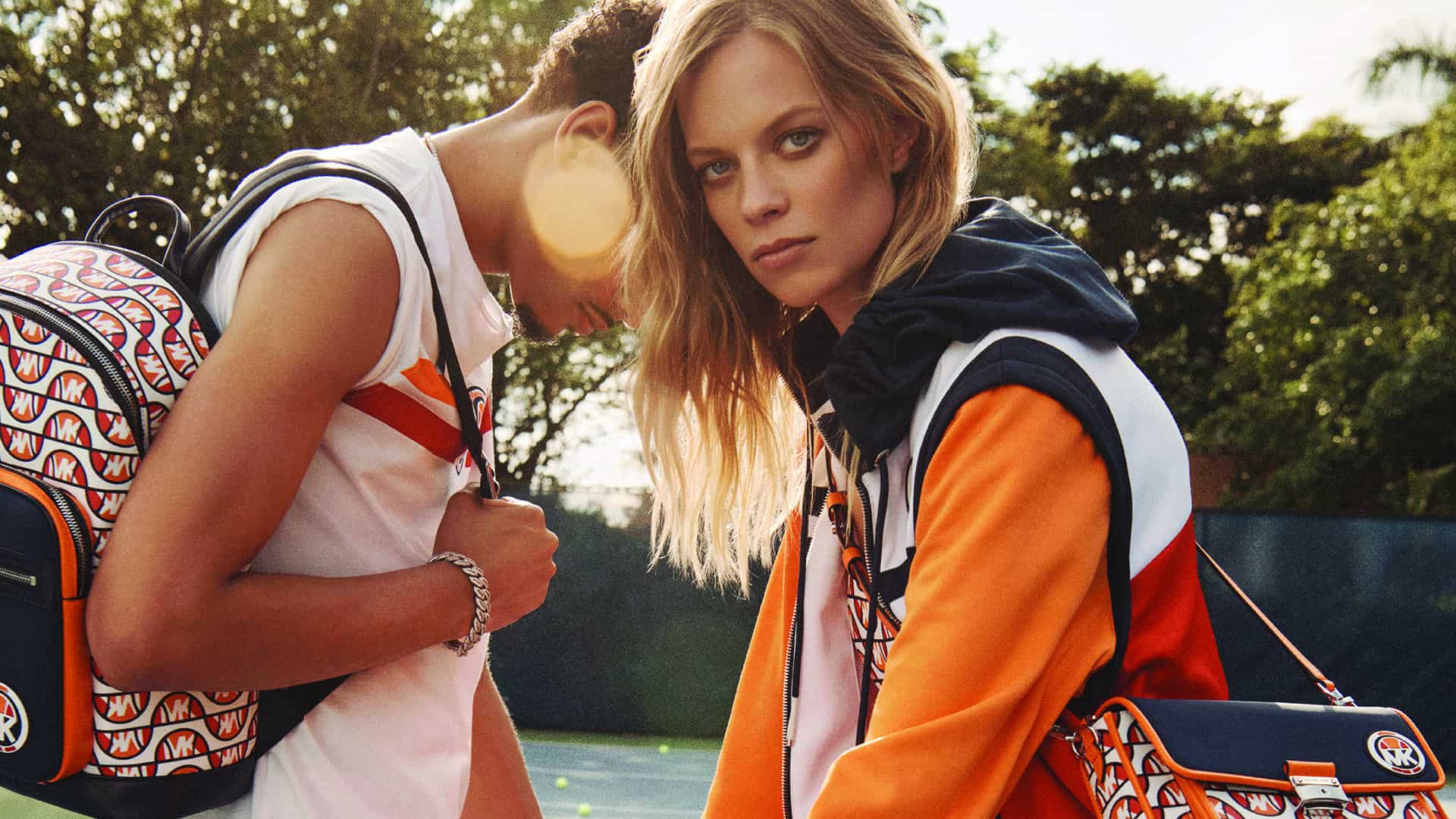 Say goodbye to your next pay check. Luxury e-commerce platform Moda Operandi has announced that it will start offering beauty products on its website later this year. The online retailer has begun its dive into new territory by naming Jessica Matlin, former beauty director of Harper’s Bazaar, as its new chief beauty officer. “I am excited to lead the launch of this category, taking a unique perspective on luxury beauty with a thoughtful mix of content and commerce focused on exclusive access, elevated editorial and brand discovery,” Matlin said in a release. “Beauty is the next logical step for Moda,” said Lauren Santo Domingo, co-founder and brand director of Moda. “Our client comes to us for our curated point of view on personal style in fashion, fine jewelry and the home. With the launch of this category, Moda will become a complete lifestyle destination.” 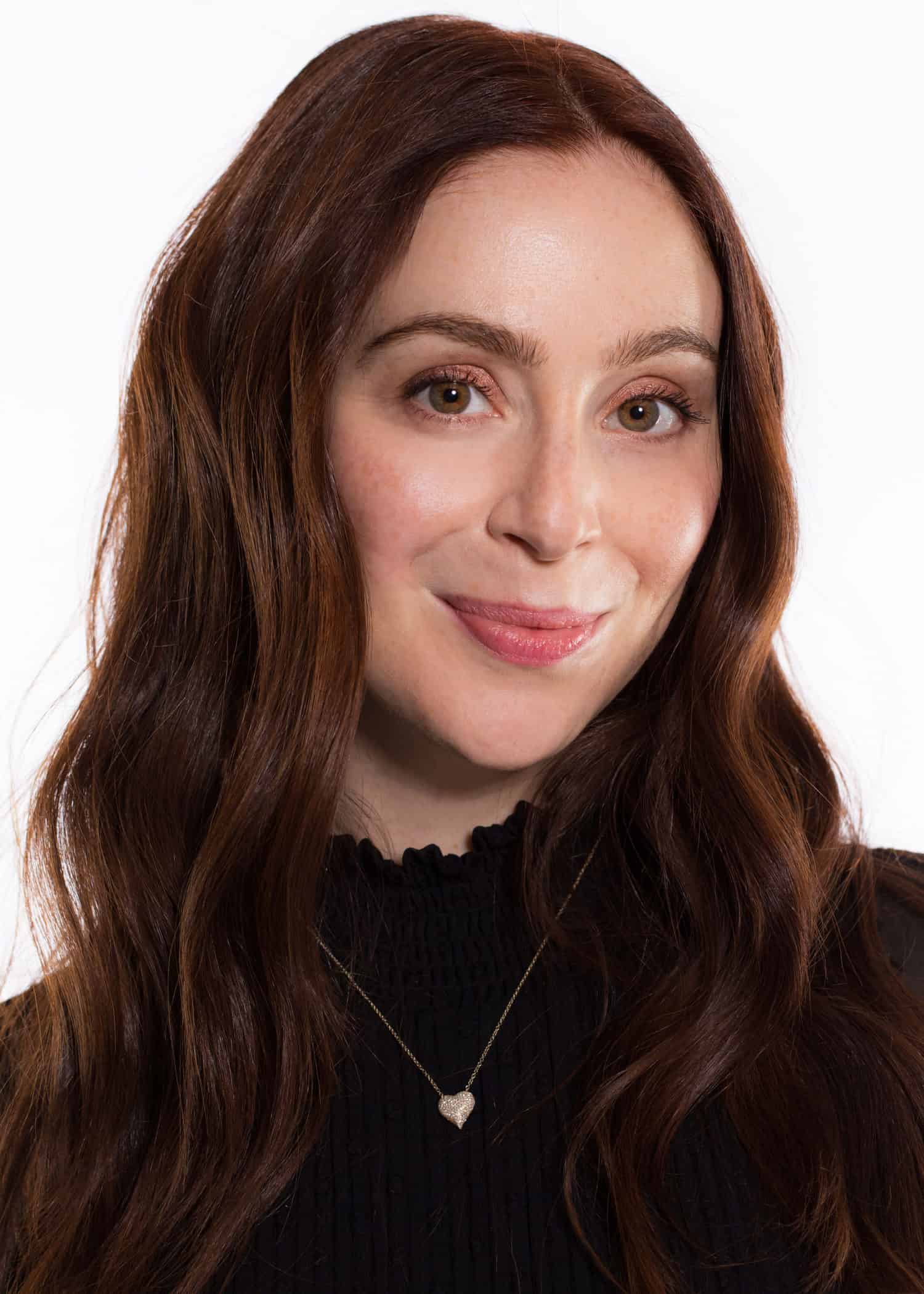 Oh baby! New parents Nick and Priyanka Jonas shared an Instagram post in which they revealed their baby girl is finally home, following 100 days in the NICU. TODAY also confirmed that the couple’s little one, whom they refer to in the post as MM, is named Malti Marie. Cute! “On this Mother’s Day we can’t help but reflect on these last few months and the rollercoaster we’ve been on, which we now know, so many people have also experienced,” the duo wrote speaking about their baby girl’s stay at Rady Children’s La Jolla and Cedar Sinai in Los Angeles. Jonas added a special note to his caption and wrote: “Happy Mother’s Day to all the incredible mothers and care takers out there, but I want to take a minute to say a special Mother’s Day wish to my incredible wife @priyankachopra on her first Mother’s Day”.

Waiting for…this night! Jennifer Lopez is heading to Capri for charity. The singer and entertainer is set to perform at the LuisaViaRoma for UNICEF charity gala at the historic Certosa di San Giacomo location on July 30. The event, which will be in its sixth installment, aims to raise funds to support UNICEF projects arounds the world, with this year’s focus directed to initiatives currently operating in Ukraine. UNICEF representatives currently in Ukraine are set to attend the event remotely, as well as showing a recent video of a mission to Jordan. In years past, the event has seen performances by Katy Perry, John Legend, Andrea Bocelli, Rita Ora, Ricky Martin, and Ellie Goulding. “When I look into my children’s eyes, I can’t imagine a better future for them without hoping for a world in which every child can be happy,” says Luisa Panconesi, president of the committee. “It is fundamental that we all strive to change things for the better, so that history doesn’t repeat itself.” 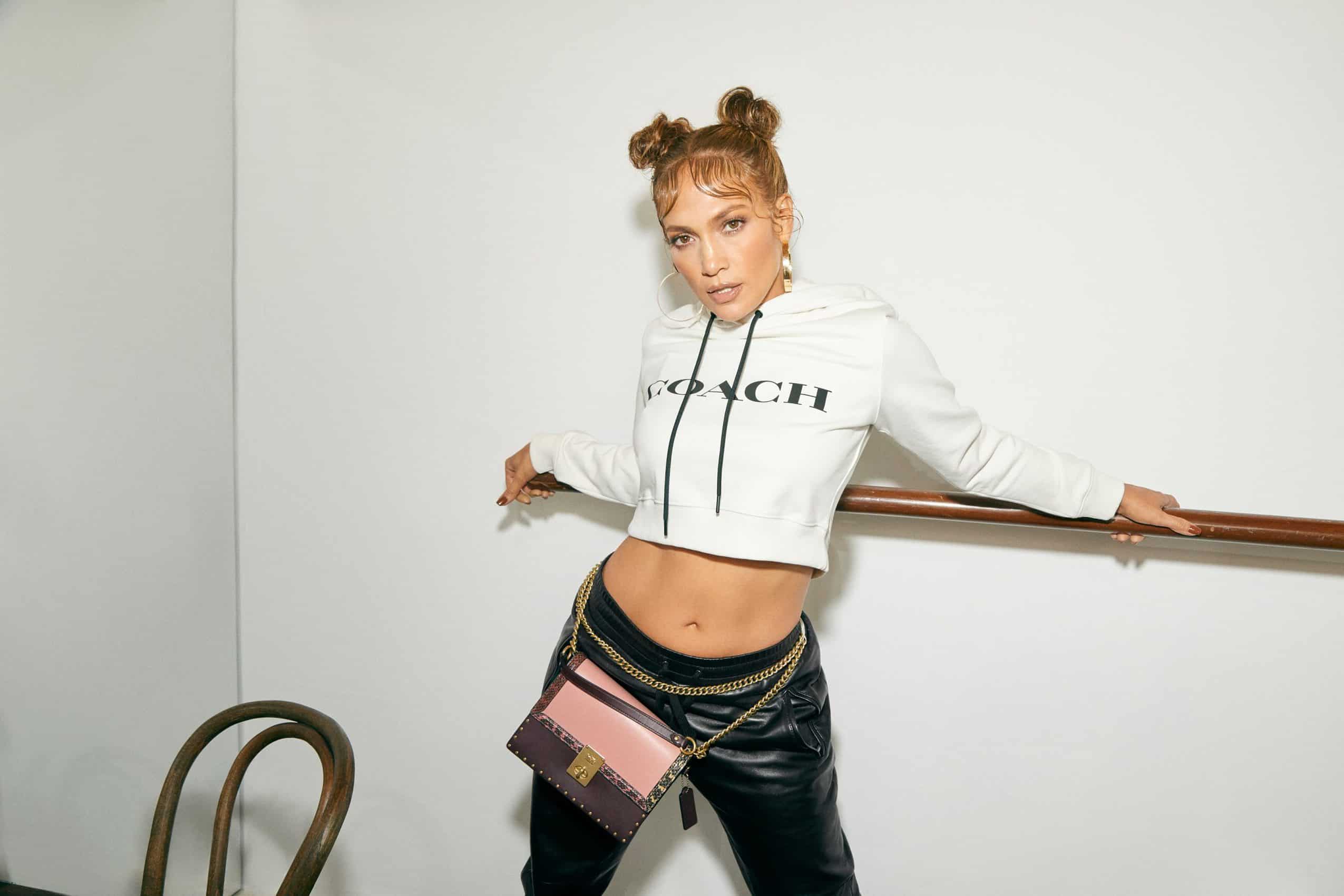 Feeling euphoric in my new Versace! SSENSE and Versace have partnered to create a Spring Summer ’22 campaign starring actress and model Chloe Cherry. The story is centered around Versace’s new accessories, such as those instantly recognizable satin platform shoes. The 24-year-old holds the mystifying place in pop culture that ‘the Versace girl’ always seems to have, with a unique edge and ability to captivate an audience with her high voltage persona. From the television screen, to sitting front row during fashion week, and now being tapped for a campaign, Cherry is on the rise to being the industry’s next IT girl. 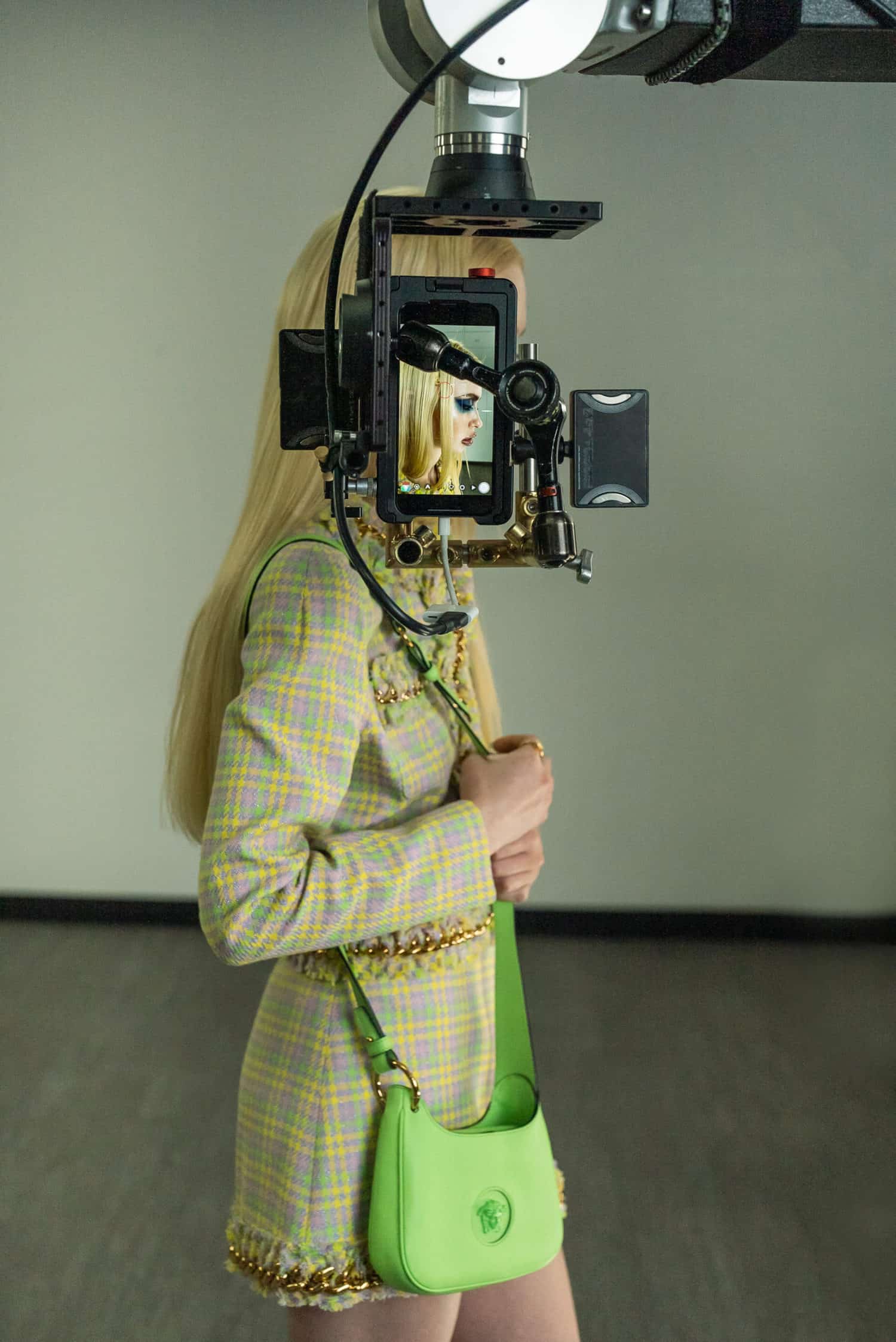 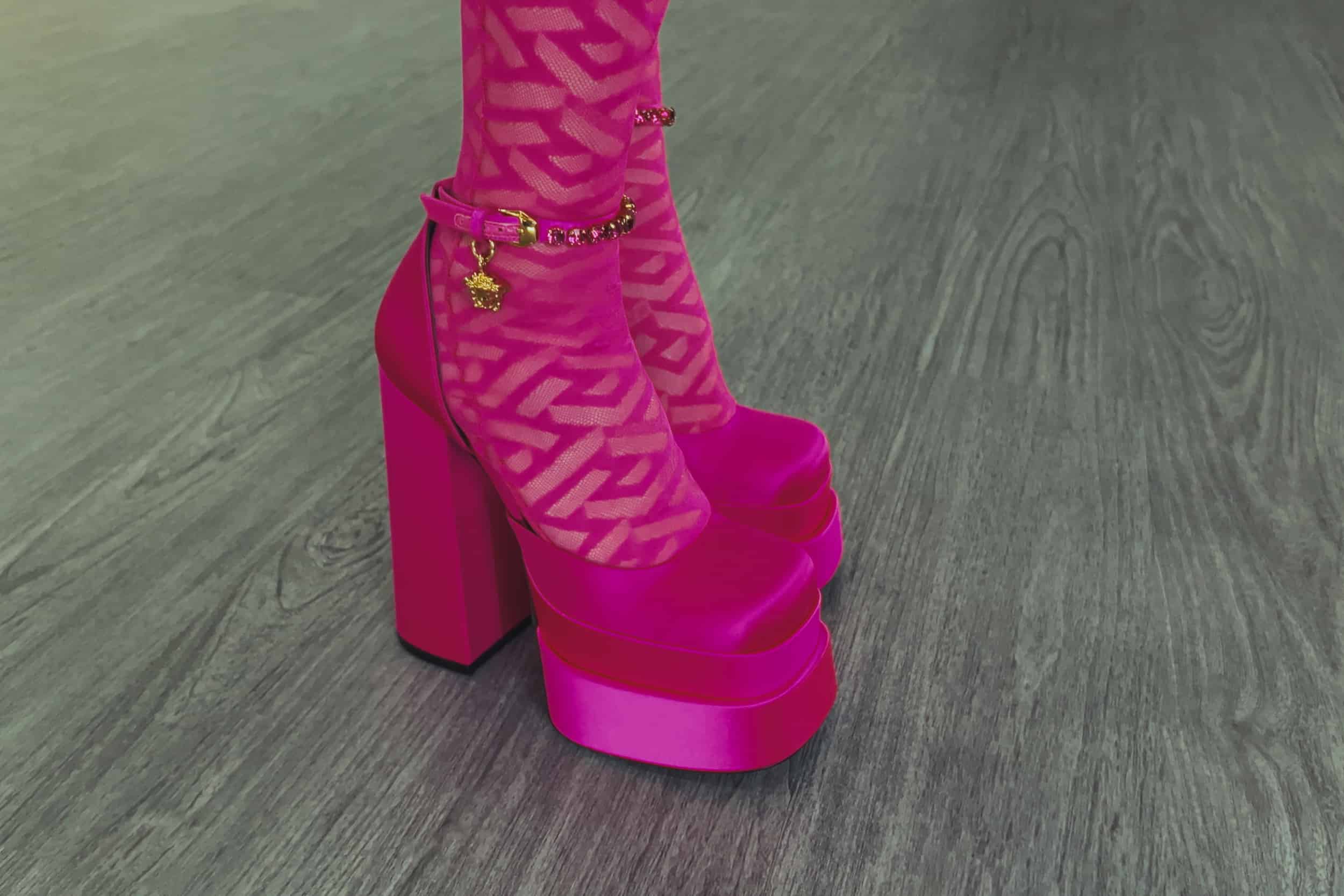 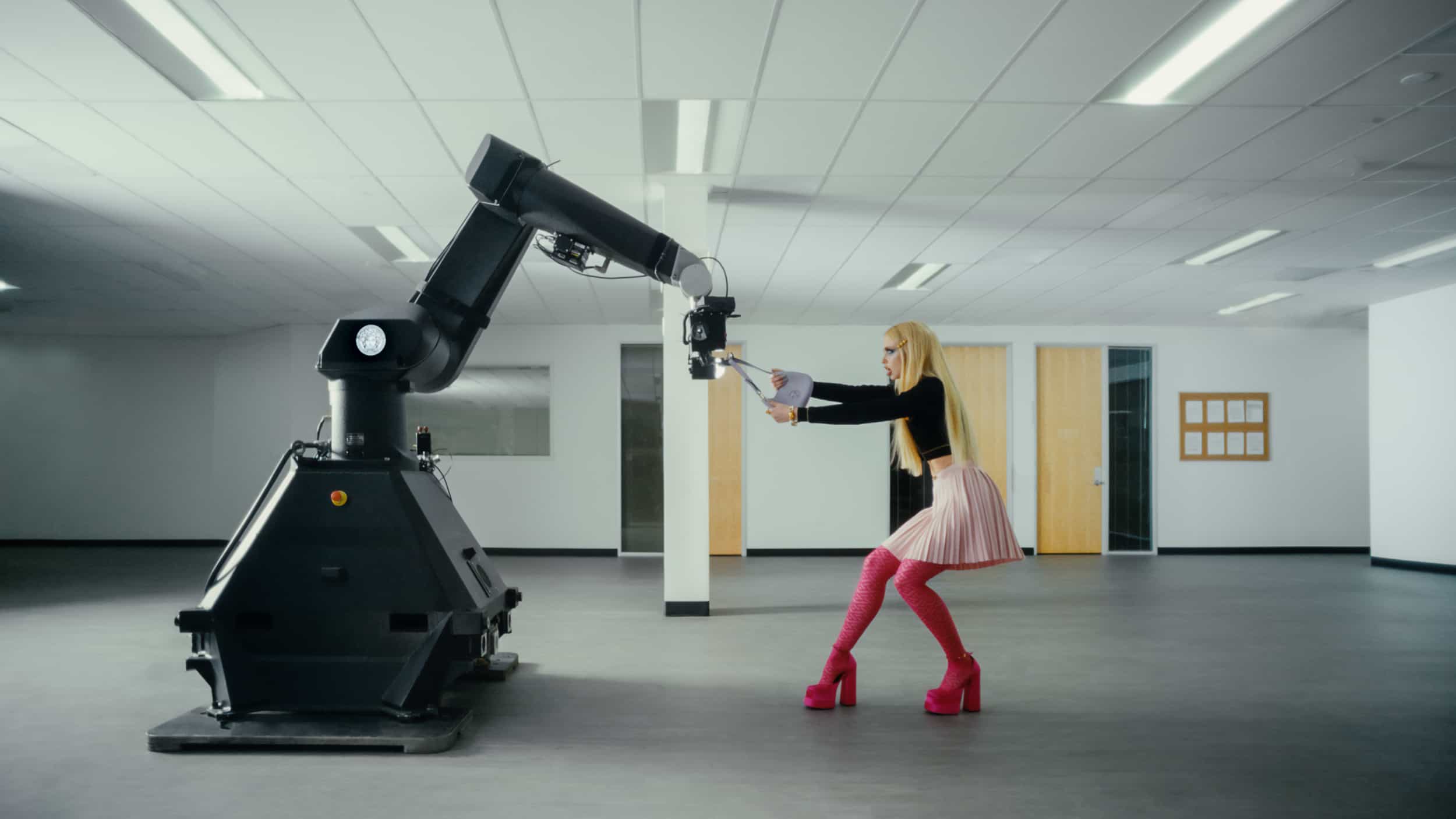 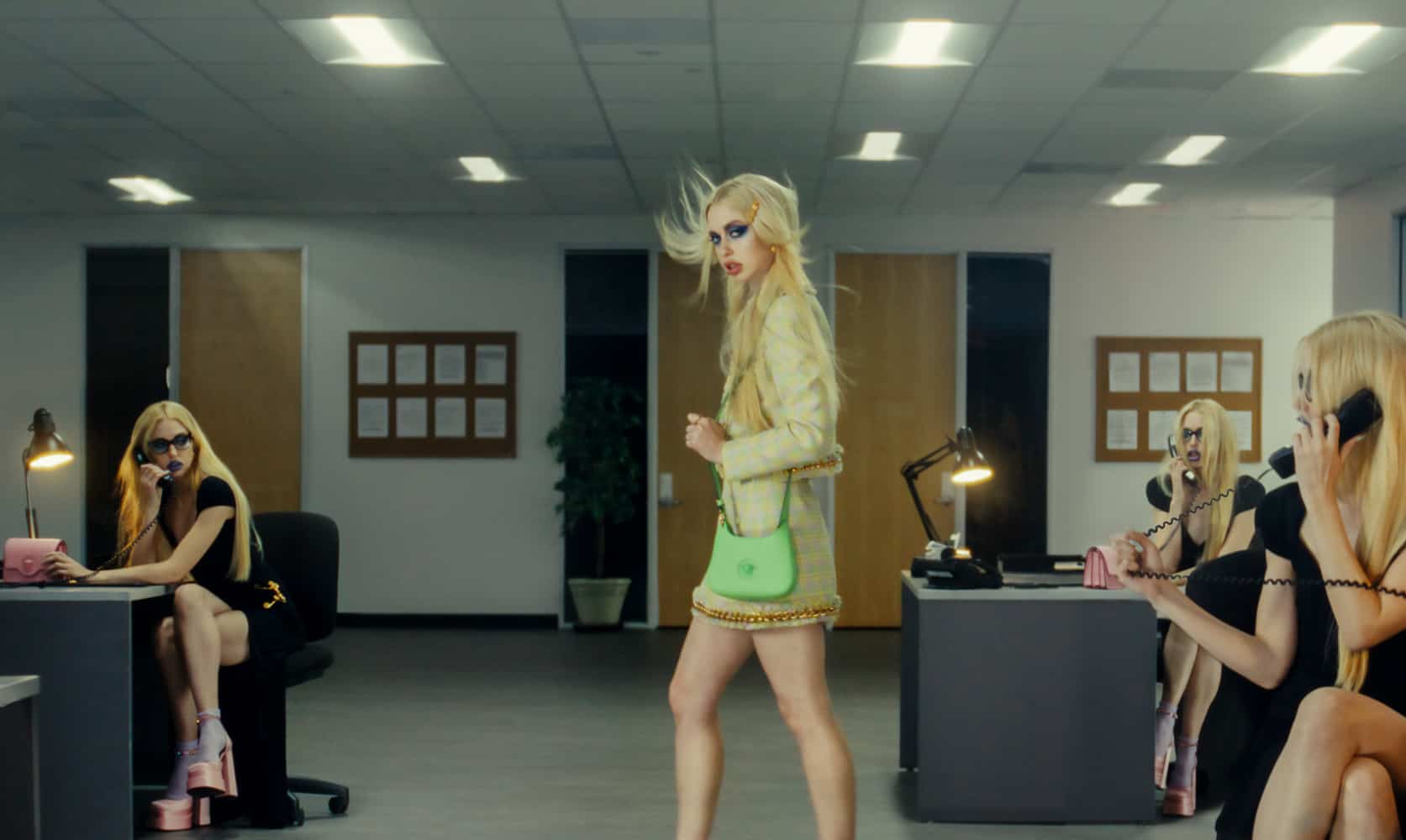 The GLAAD Media Awards, sponsored by Ketel One vodka, returned to the Hilton Midtown ahead of the weekend for a spectacular evening celebrating victories made by change makers advancing LBGTQ representation in the media. Award-winning actor, producer, and activist Wilson Cruz was honored with the Vito Russo Award for his groundbreaking work representing LGBTQ and Latinx artists both in entertainment hits and in social justice spaces. The star-studded affair was hosted by Cody Rigbsy and Peppermint, and included guests like Ariana Debose, Laverne Cox, Dove Cameron, Cynthia Nixon, Nyle Dimarco, Rafael Silva, Tommy Dorfman, Dyllon Burnside, Judith Light, Meredith Marks, and many more. Get a glimpse of the night, below. 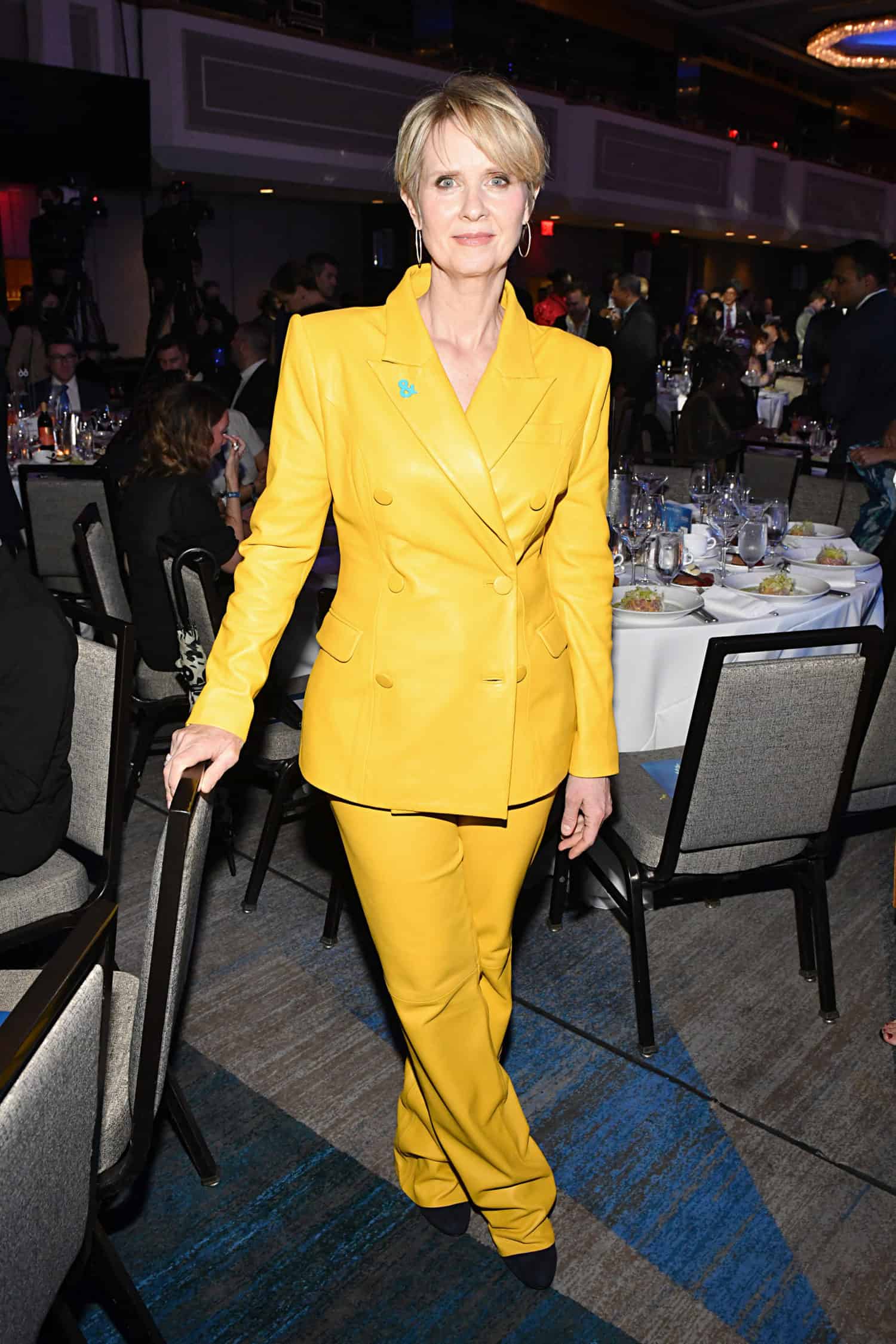 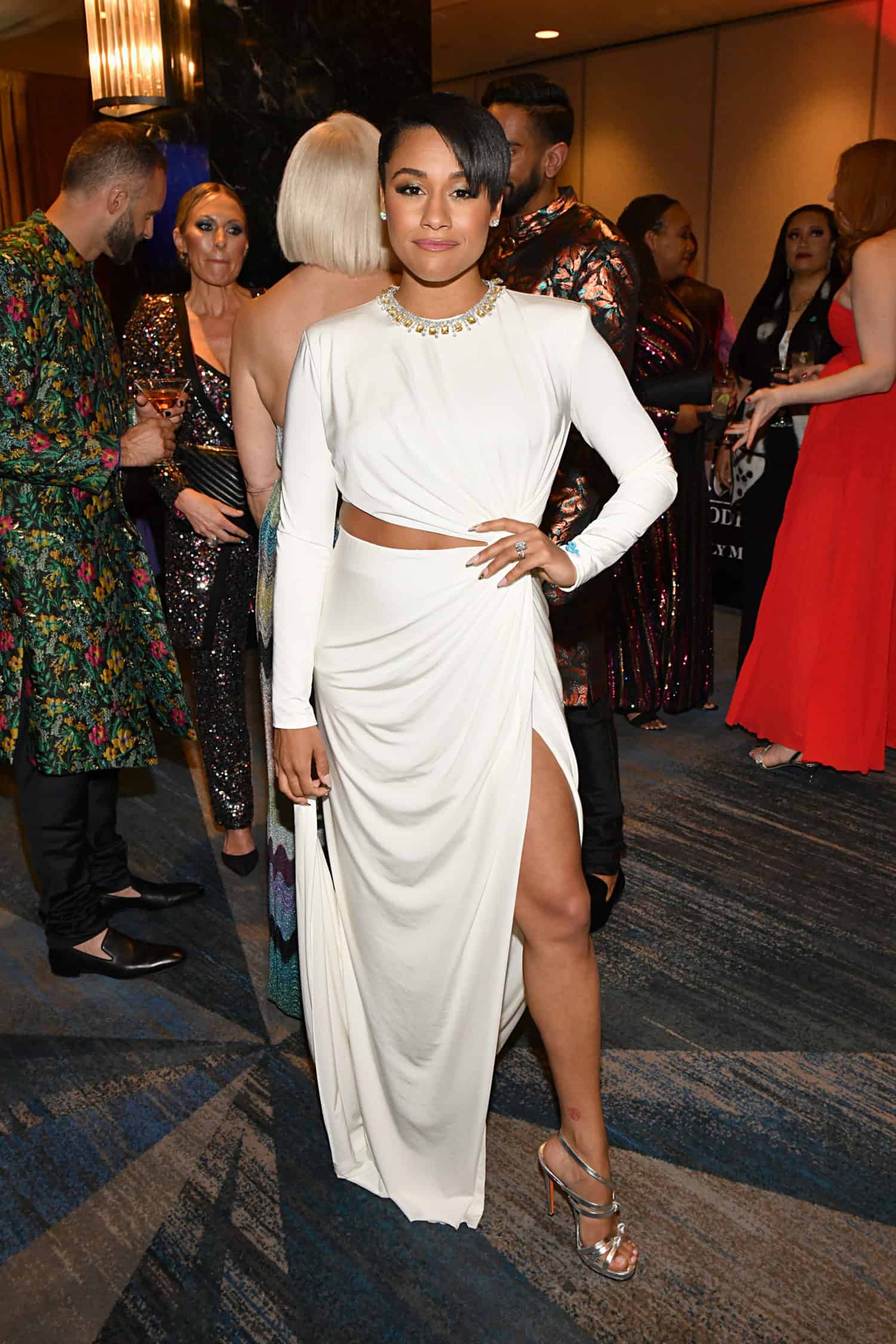 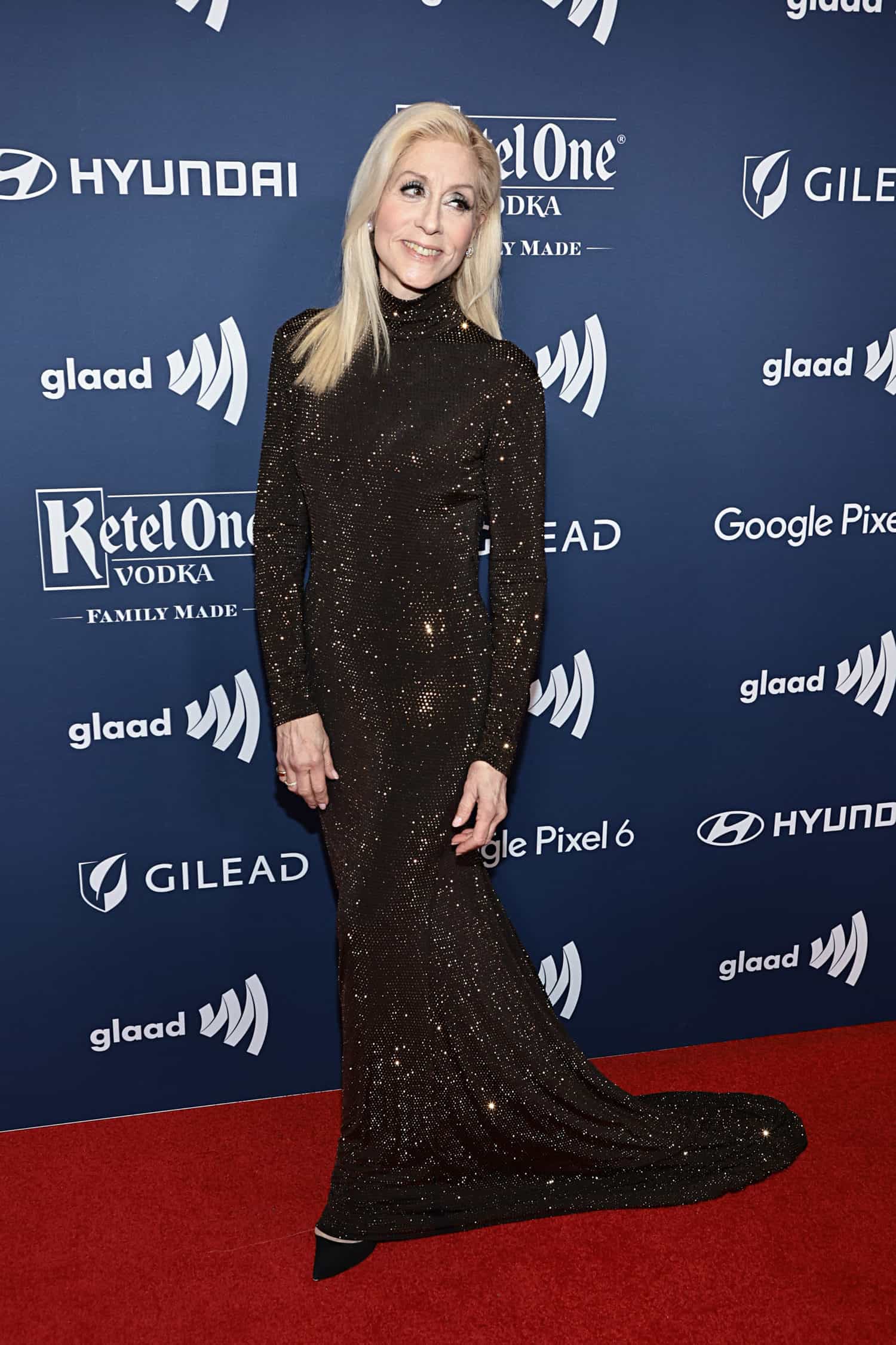 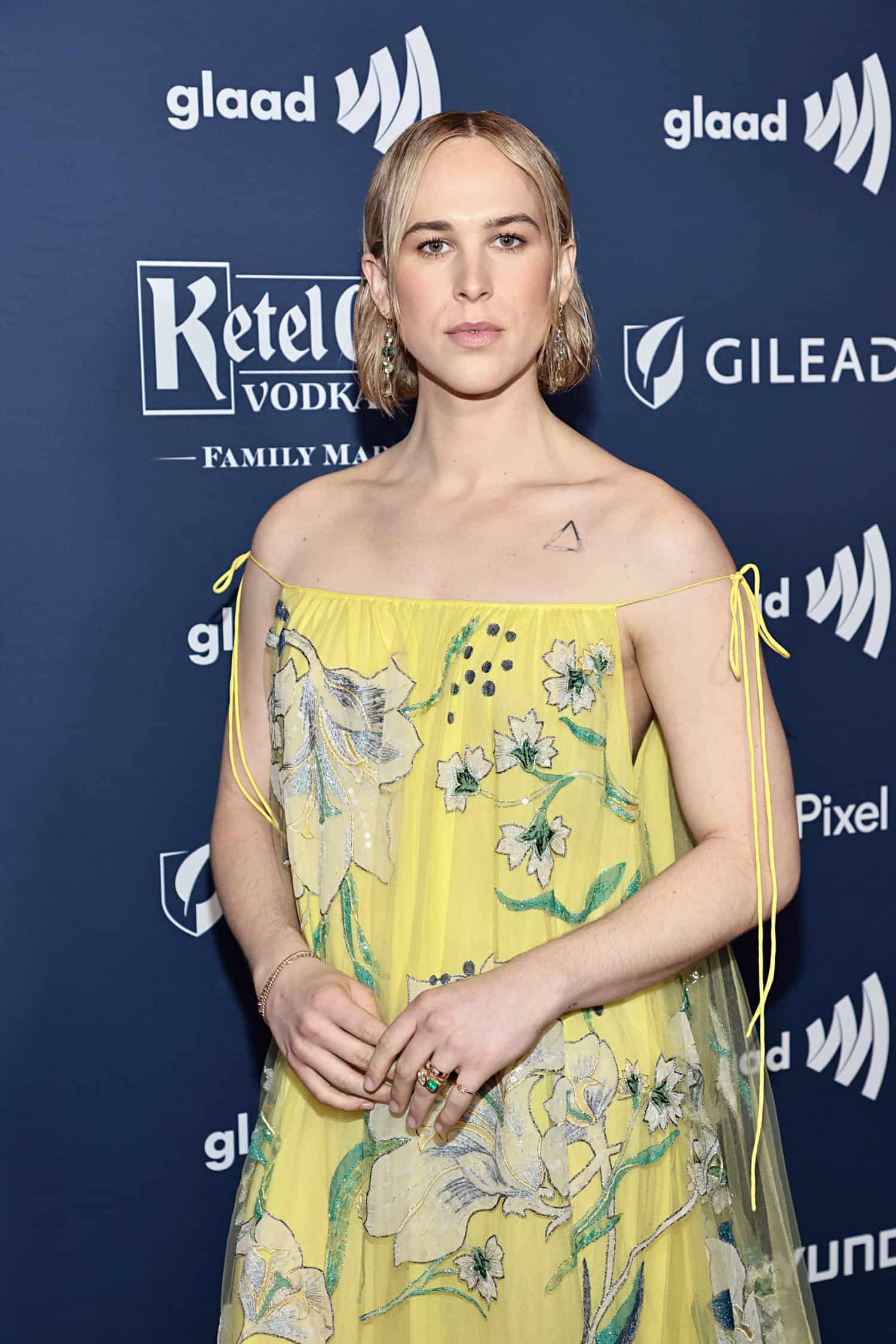 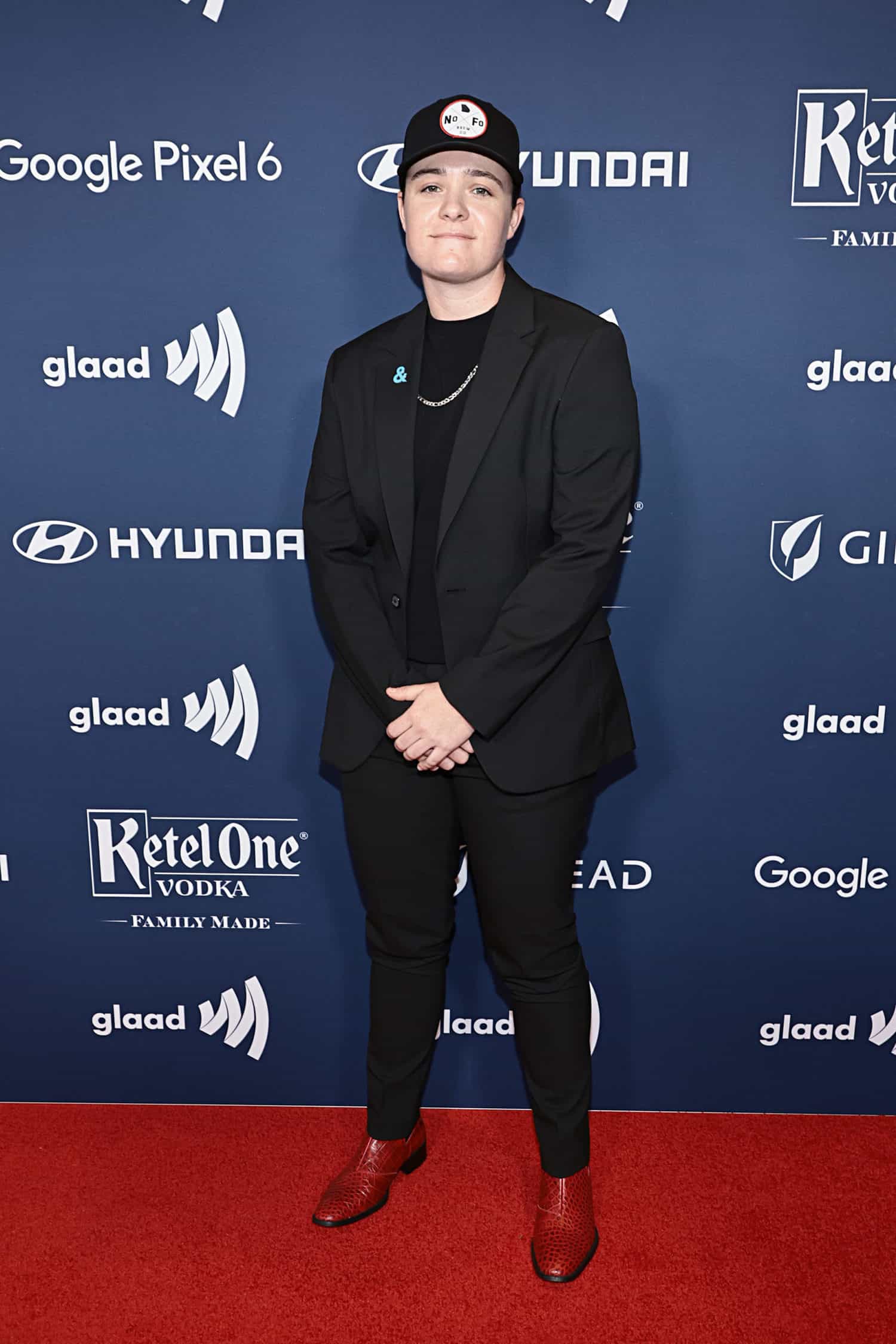 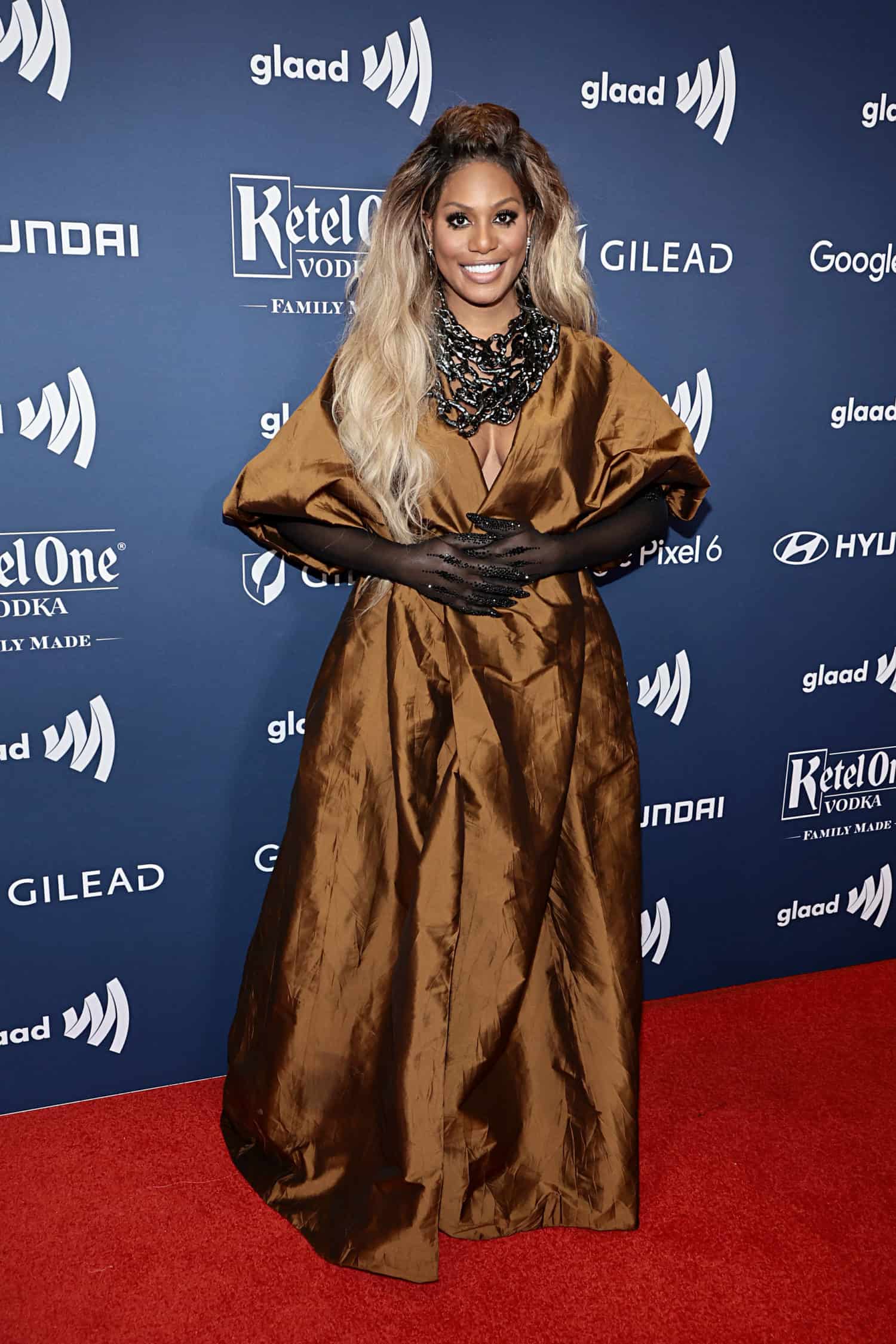 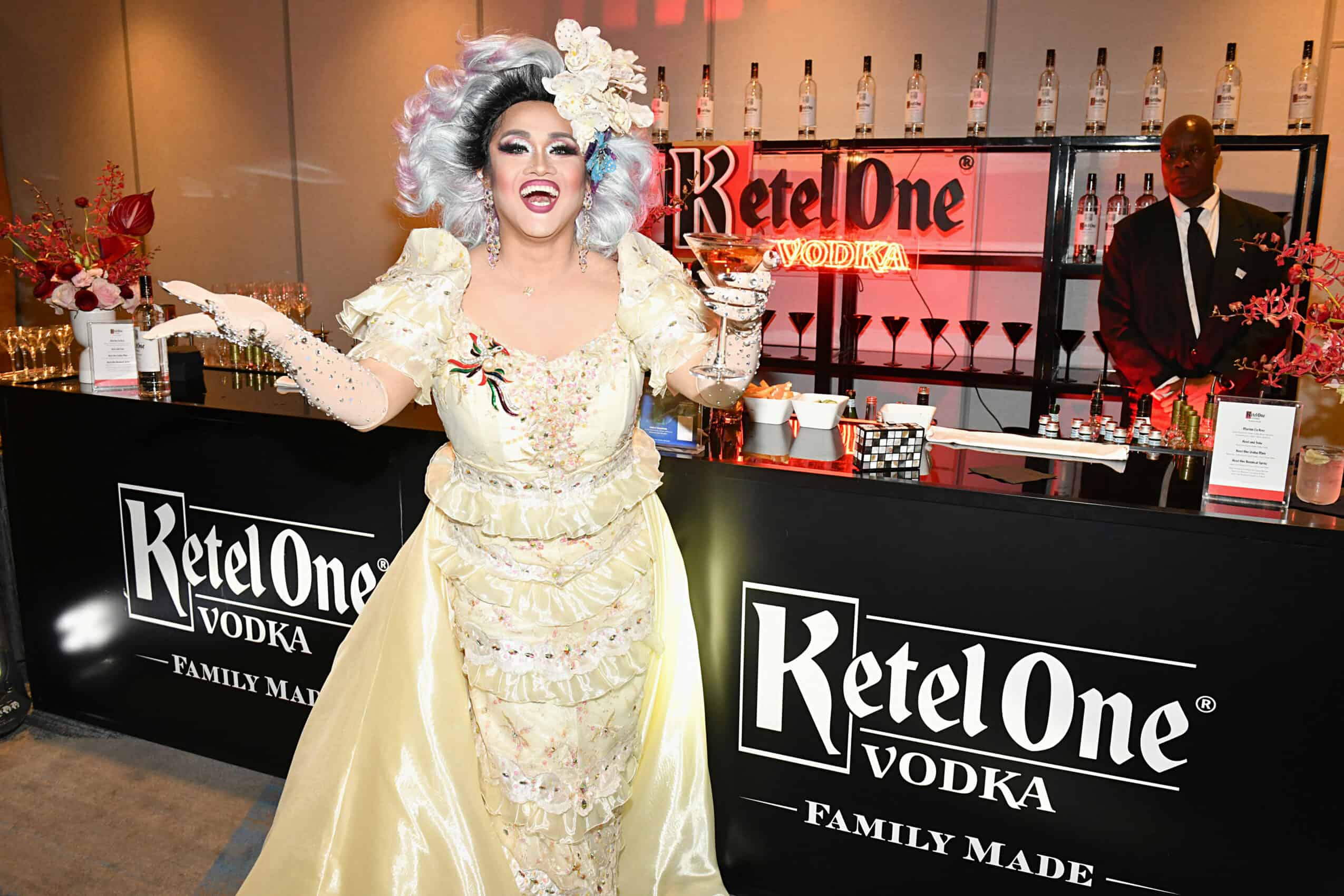 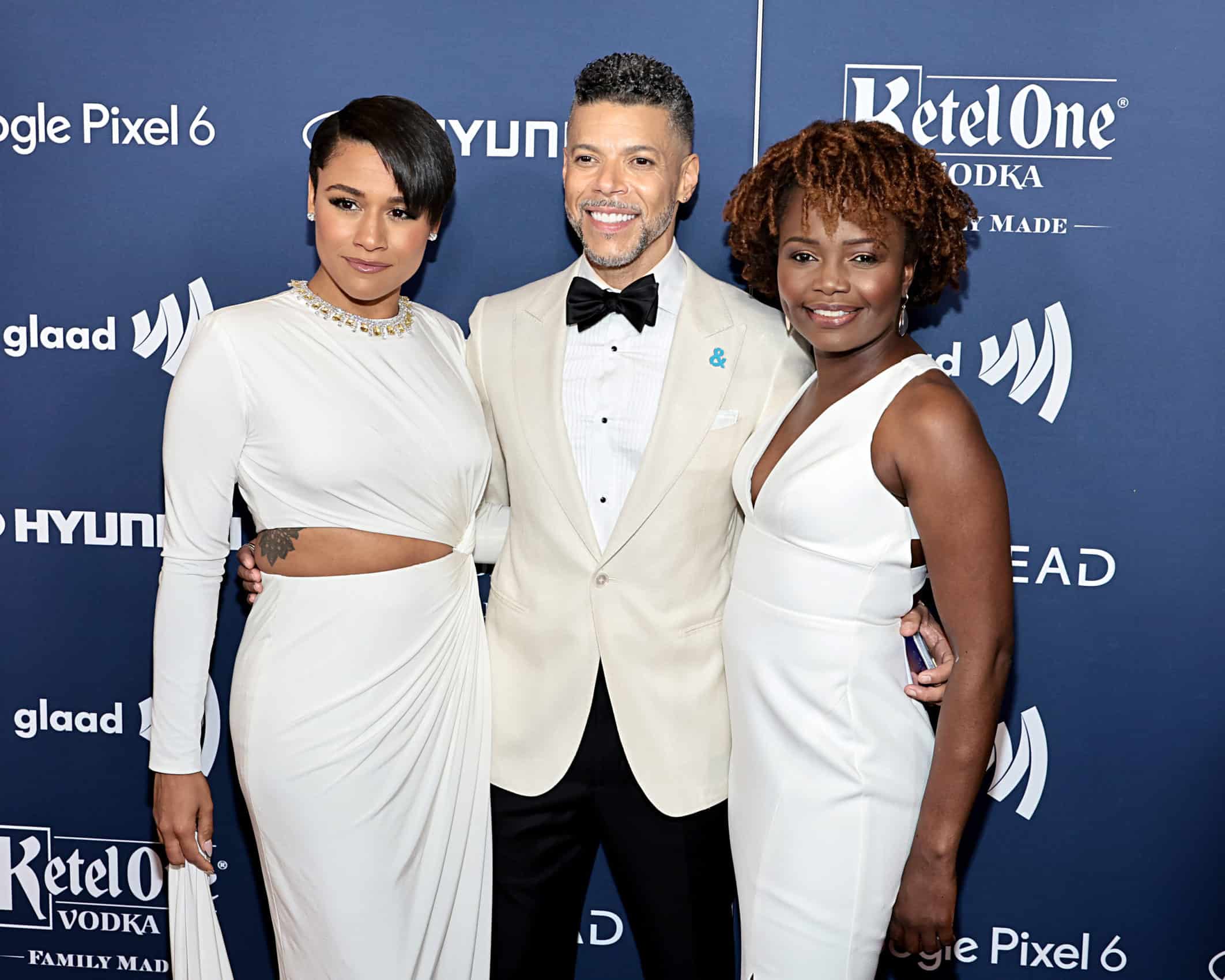 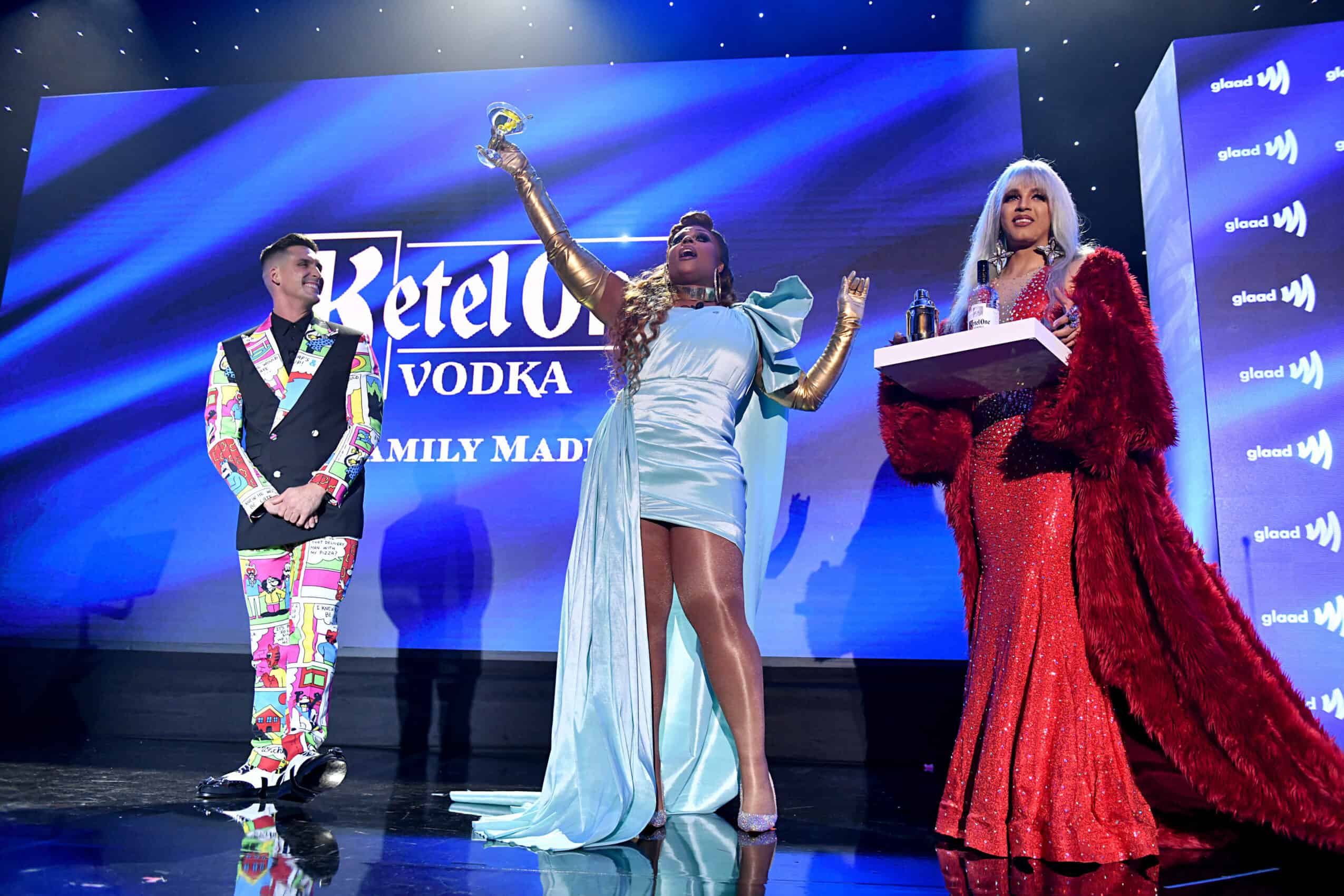 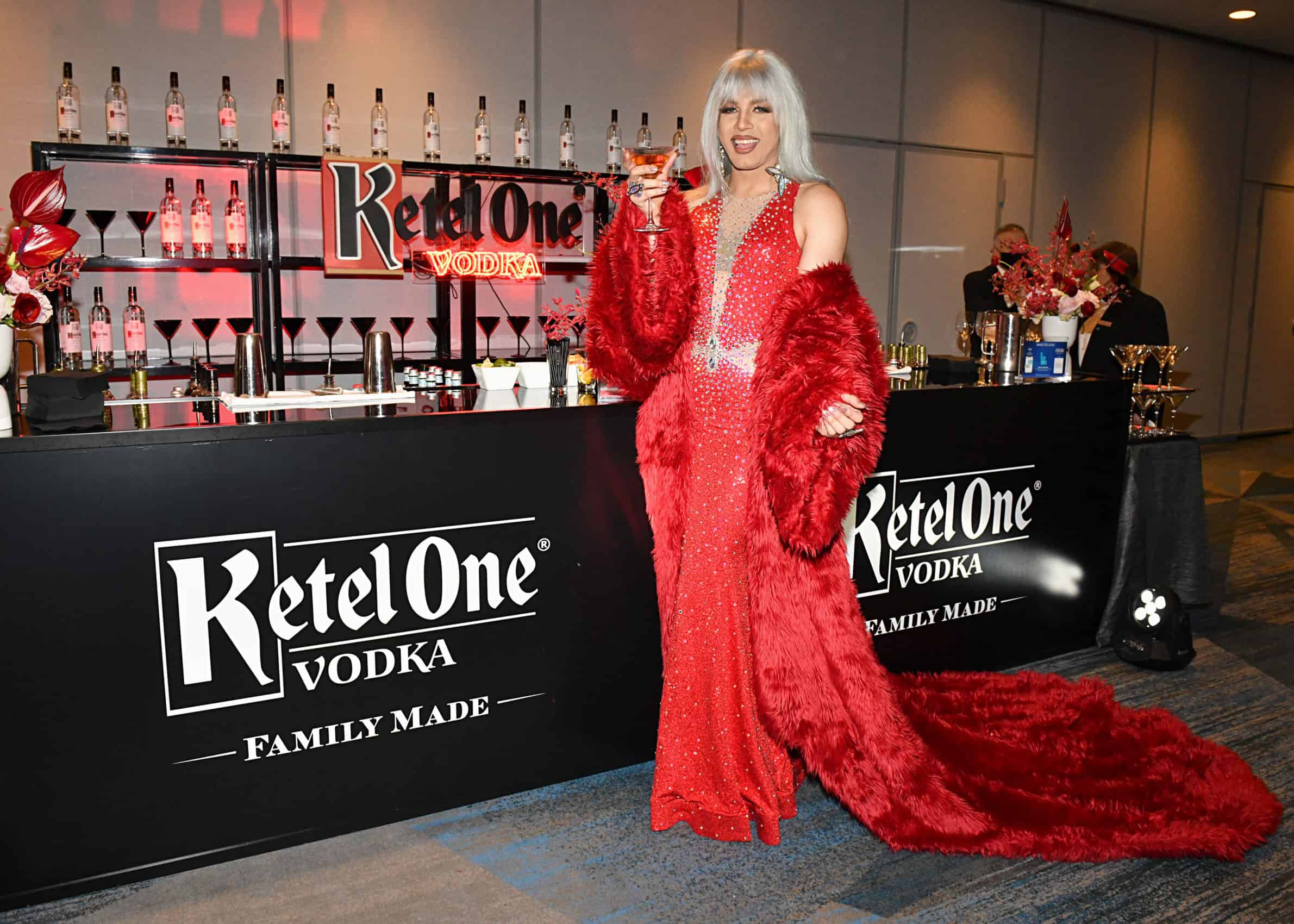 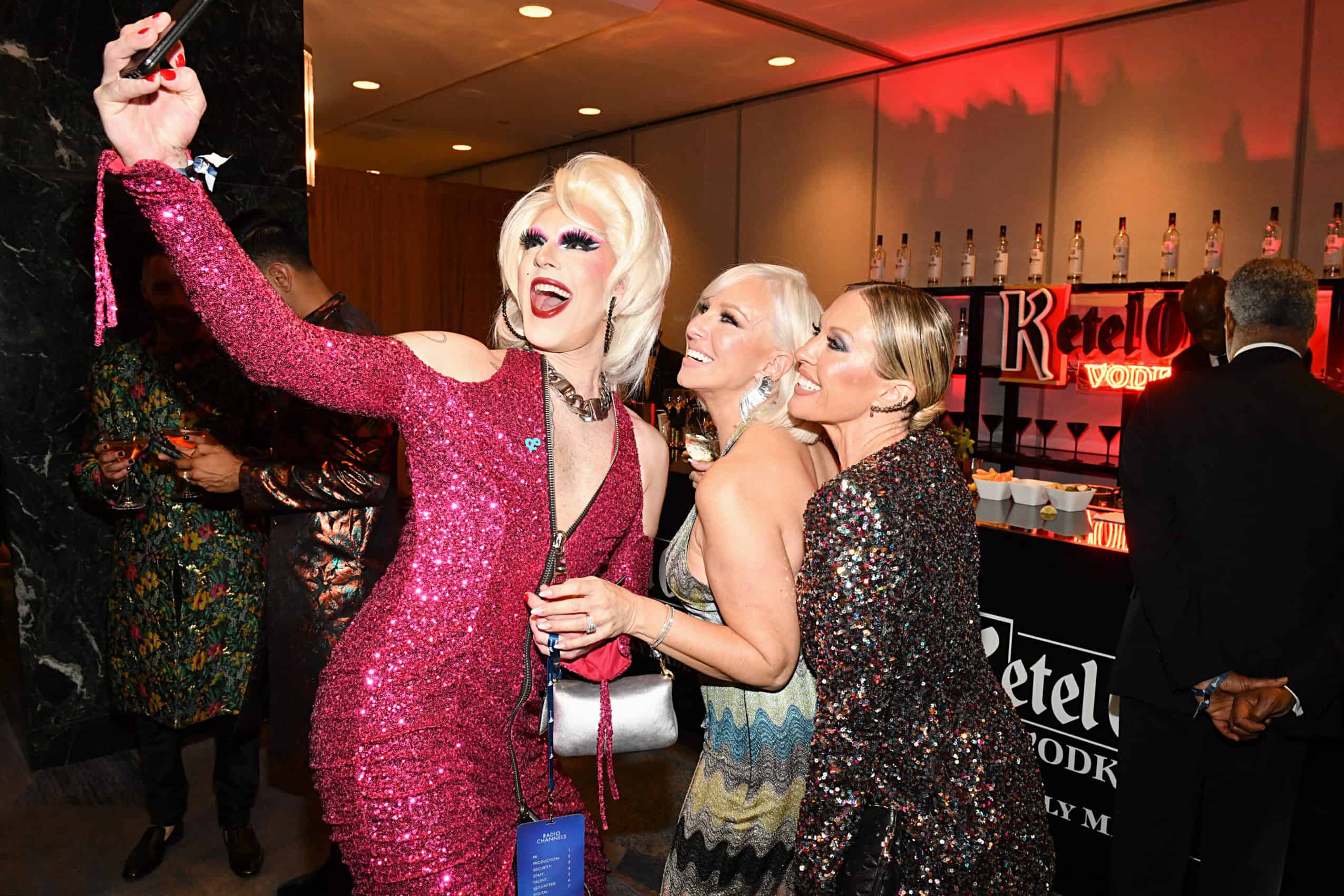 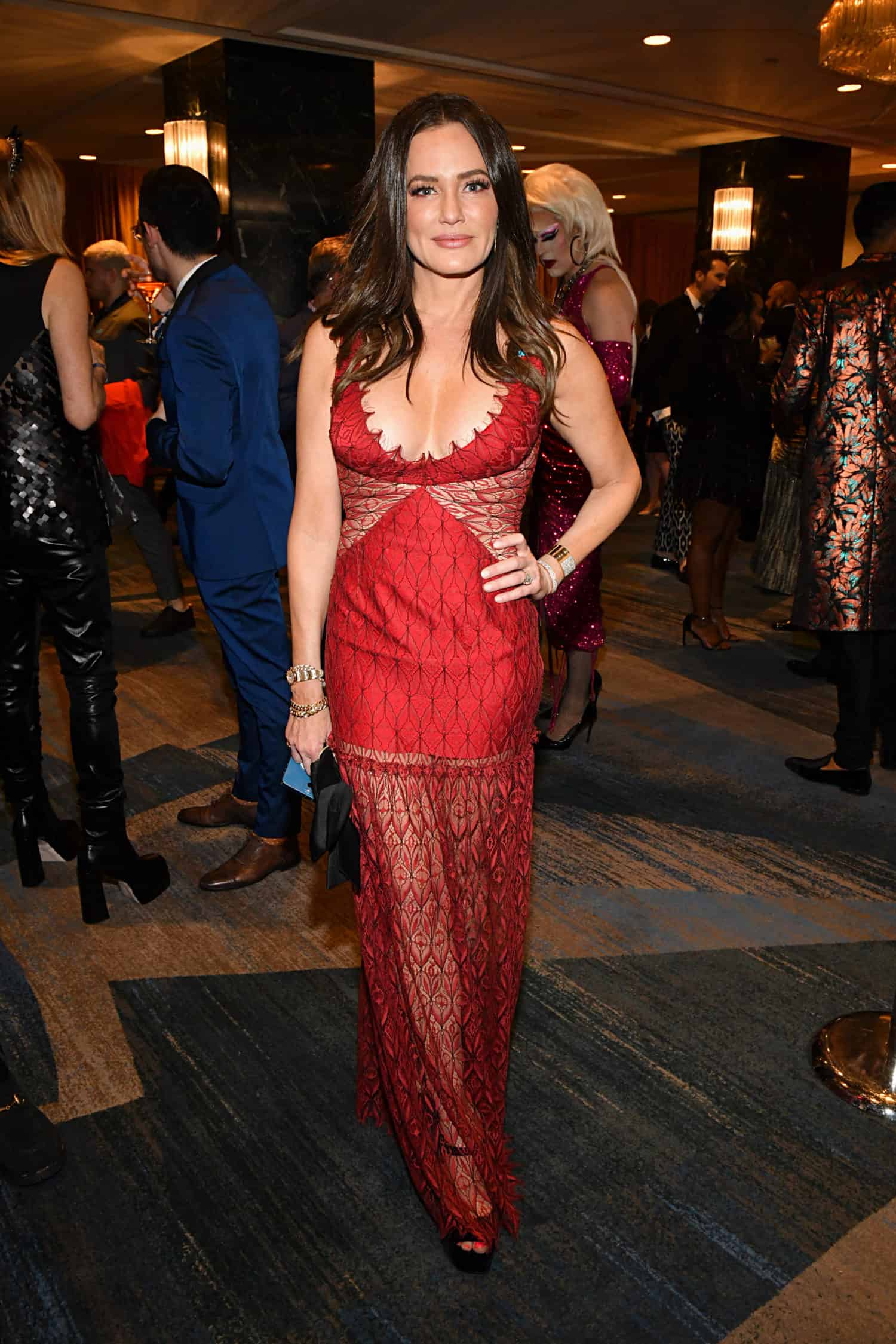 Tony nominations are out

The 2022 Tony nominations have been released. This year’s ceremony honoring the best in musical theater will commence on June 12 in New York City. At the top of the leader board is A Strange Loop with 11 nominations and both the Michael Jackson musical MJ and the play Paradise Square both came in with 10 category nods each. Company and The Lehman Trilogy came in close with nine and eight nods, respectively, while for colored girls who have considered suicide when the rainbow is enuf secured five nominations. In terms of A listers, Hugh Jackman and Sutton Foster (The Music Man), Billy Crystal (Mr. Saturday Night), Sam Rockwell (American Buffalo), and Phylicia Rashad (Skeleton Crew) all received nominations. West Side Story’s breakout star Ariana DeBose, who will be hosting the awards, said: “I’m coming home! I’m so honored to celebrate 75 years of excellence in theater, but more importantly every member of this community who poured themselves into making sure the lights of Broadway have the opportunity to shine brightly once again. This is a dream come true.” The award show also announced that they have a strict “no violence” policy in light of this year’s Oscars scandal. “In the event of an incident, the perpetrator will be removed from the event immediately,” organizers confirmed. 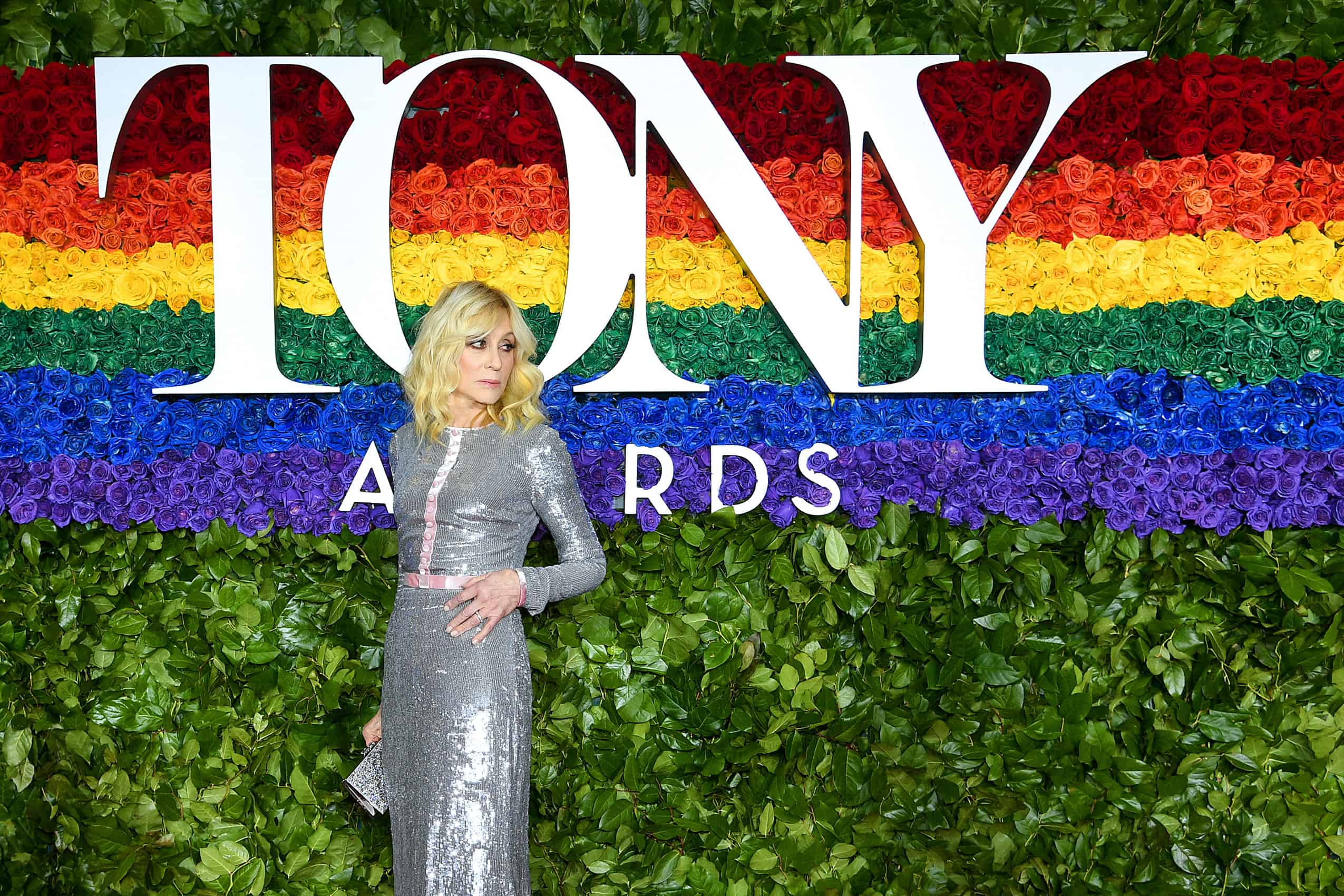 The East and West Villages are under attack….from TikTokers

Is nothing sacred?! TikTokers and influencers are attempting to remove the “the” from East and West Village. The Post noticed that several content creators seem to have lost the very important syncategorematic words—and it’s coming as news to them that it’s not just “East/West Village.” “I just heard of this like a month ago, that East Village is actually the East Village, and only locals get it,” TikTok user Tyler Walsh said in an upload. “Which, I wasn’t aware of that, but, yeah, it’s a thing.” New Yorkers are shook over it, too. “I heard my teenage daughter say just East Village and I couldn’t believe it, I said ‘uh, did you forget the T-H-E?’ ” Lamia Funti, owner of Avenue B’s Lamia’s Fish Market, told The Post. “And then she tried correcting me. She said ‘no mom that’s what everyone my age calls it now,’” Funti, who lives in the East Village added. “I just said nothing back, I couldn’t.”

…..There goes the neighborhood. 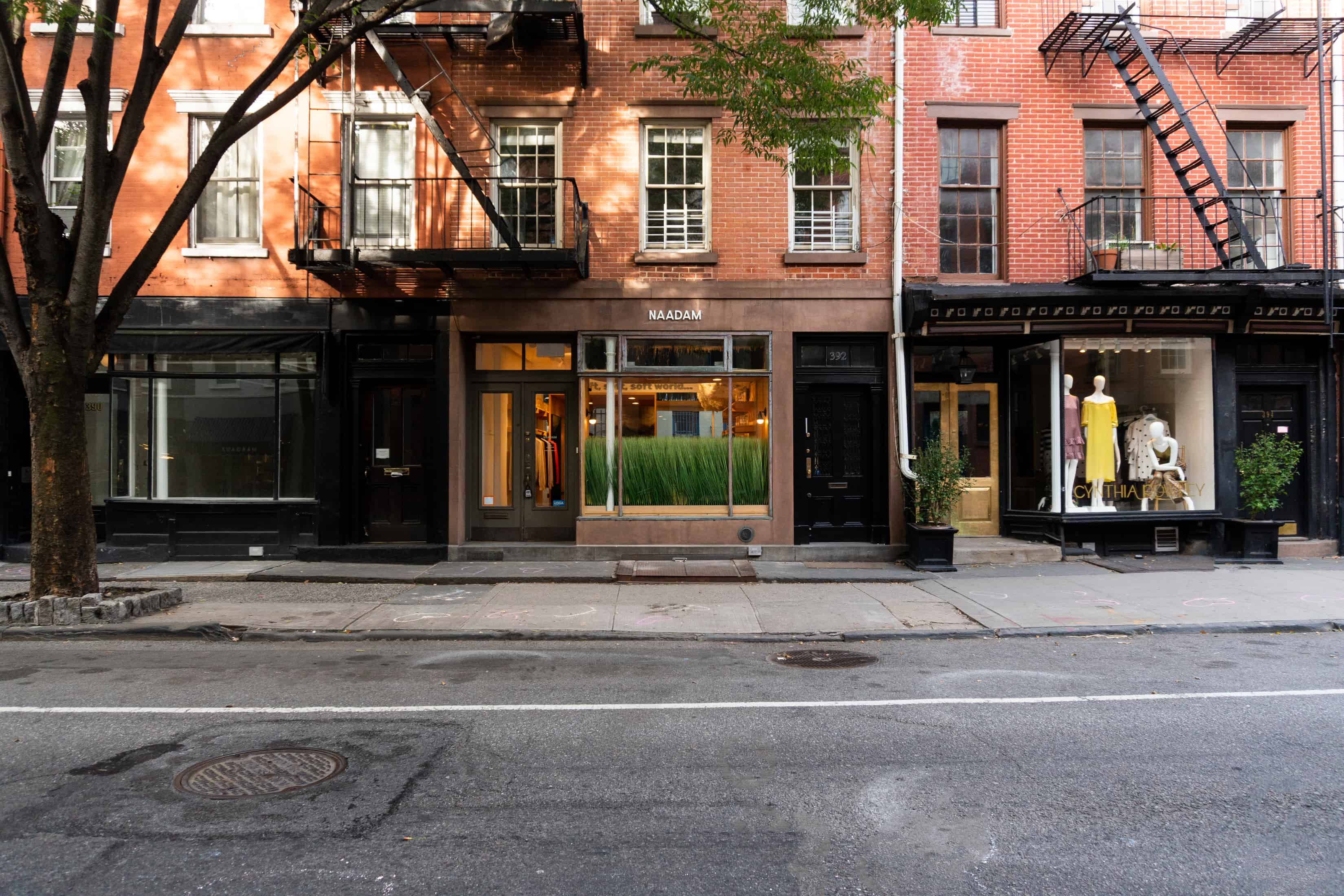 A street in the West Village