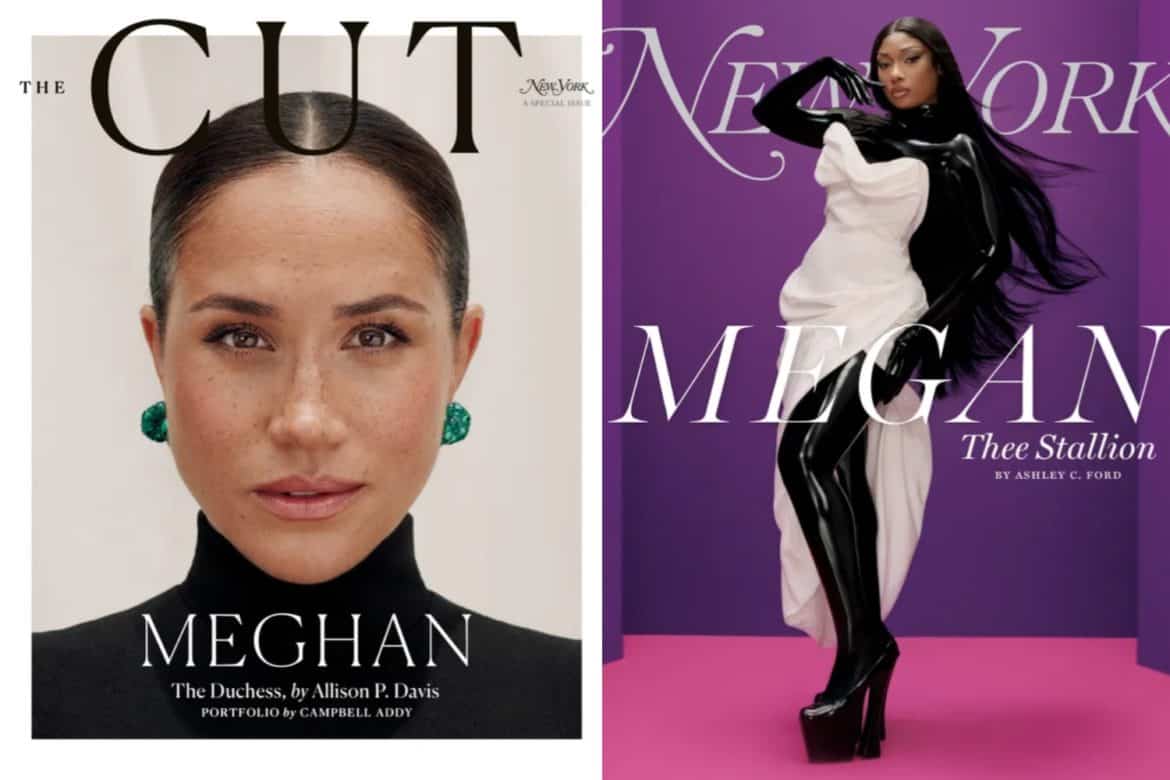 For their latest issue, New York has chosen to highlight the world’s two most powerful Megans as their two cover stars: Duchess of Sussex Meghan Markle and rap powerhouse Megan the Stallion. The Plan B songstress can be seen fronting New York’s Fall Preview issue, in which she discusses taking control of her own narrative, her new album Traumatize, her family, and more. The Duchess, meanwhile, covers The Cut’s Fall Fashion issue, which marks her first solo cover since leaving the Royal family. In an accompanying profile by features writer Allison P. Davis, Markle delves into the uncertainty of the early post-palace days, while Davis details how the former actress is settling into life at home in Montecito. When discussing her transition from celebrity to royalty, Markle explained how she had tried to play the royal, saying, “I was an actress, my entire job was ‘Tell me where to stand. Tell me what to say. Tell me how to say it. Tell me what to wear, and I’ll do it.’ And I’ll show up early, and I’ll probably bake something for the crew.” Click here and here to read the full feature stories on Meghan, Duchess of Sussex and Megan Thee Stallion, respectively.

Just ahead of New York Fashion Week, SUPIMA has announced the return of its design competition. Each year, the competition sees students from top design universities across the country showcase their own evening wear collection created with SUPIMA cotton fabrics for a chance to win $10,000. This time around, the event will take place on September 10 and will simultaneously celebrate its 15th anniversary. Helping SUPIMA ring in this milestone are designer Christian Siriano and supermodel Coco Rocha who will be co-hosting the event. This year’s eight finalists include Candice Tianyu from the Academy of Art University, Chan Kyoo Hwang from Drexel University, Fabian Renteria form the Fashion Institute of Design and Merchandising, Bryan Barrientos from the Fashion Institute of Technology, Antonia Bruno from Kent State University, from Taku Yhim from Parsons School of Design at The New School, Hu Jun Yi from the Rhode Island School of Design, and Michelle Sumin Suh from the School of the Art Institute of Chicago. This highly talented group of young, emerging designers will show their designs during NYFW with a runway presentation at The Gallery at Spring Studios. Bonne chance! 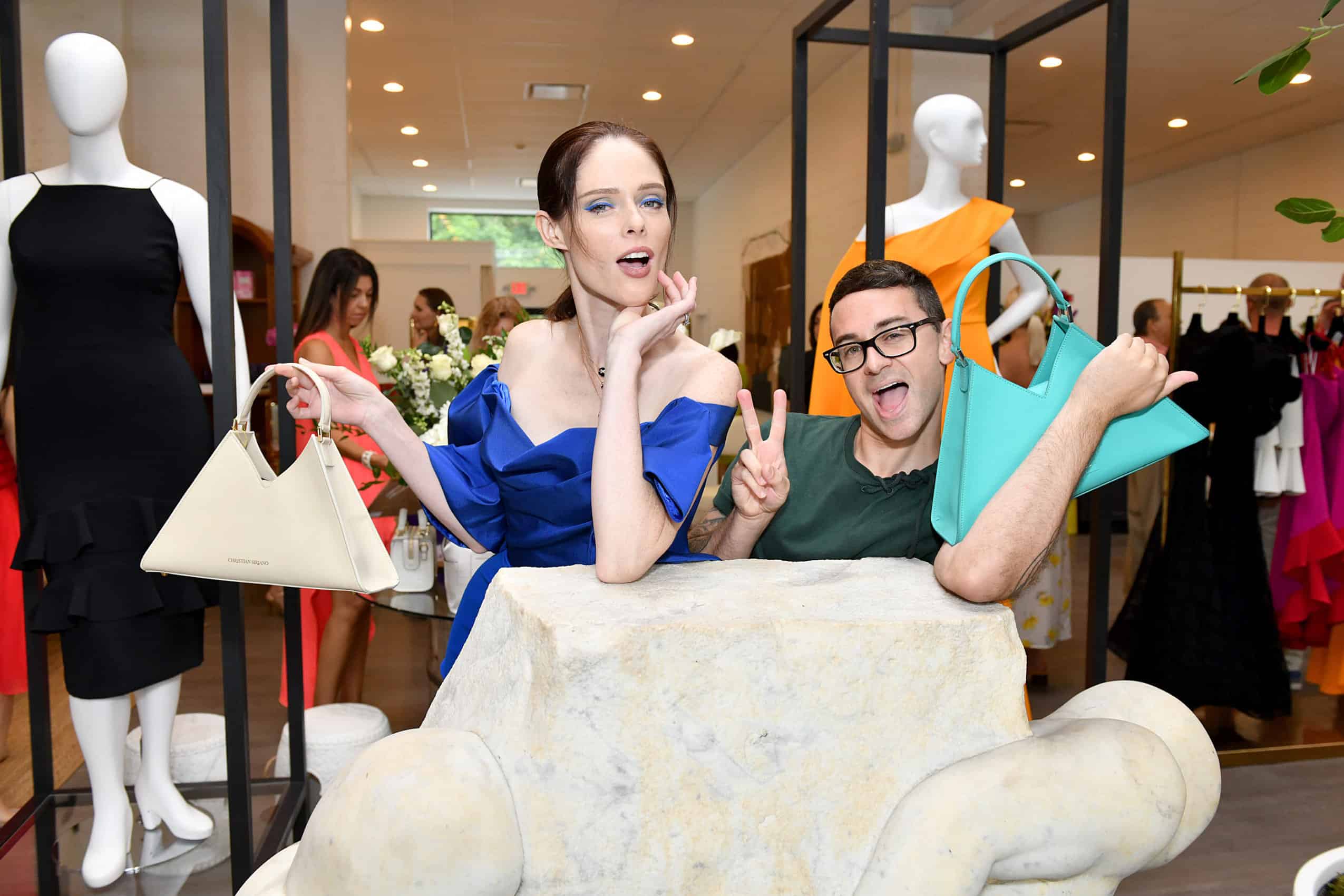 It’s just around the corner! IMG, the official organizer and operator of New York Fashion Week: The Shows presented by Afterpay just announced its extensive slate of programming and events for the upcoming season (Friday, September 9 through Wednesday, September 14.) For the fifth season in collaboration with IMG, The Black in Fashion Council Discovery Showrooms returns with a new line-up including Ajovang, Atelier NDigo, HARBISON, IZAYLA, Jessica Rich, Kwame Adusei, Madame Adassa, Muehleder, Sammy B, and VAVVOUNE. Afterpay, the events’ sponsor, is also offering a selection of limited edition NFTs from ALTU by Joseph Altuzarra, anOnlyChild, Jonathan Simkhai, Kim Shui, and The Blonds, which can be purchased at Keys.NYFW.com. Each designer’s unique NFT will not only serve as a digital collectable, but will also unlock real world product drops and exclusive experiences during NYFW: The Shows. Last but not least, NYFW: The Talks, IMG’s series of conversations beyond the shows at New York Fashion Week, will return this season and will feature industry leaders, including designer Zac Posen, editor-in-chief of Vogue Mexico Karla Martinez de Salas, New York City Ballet director of costumes Marc Happel, and more discussing compelling topics in fashion this season. See you there!

Designer Simon Porte Jacquemus wed Marco Maestri, his partner since 2018, over the weekend in a suitably chic affair. Jacquemus, who hails from Salon-de-Provence, fittingly selected the south of France for the event—more specifically, the special occasion was held in Charleval, which is located in the Bouches-du-Rhône region. On top of the stunning setting, the intimate ceremony also witnessed an A-list guest list who parade up to the local town hall where the couple tied the knot. Among those kitted out in their Jacquemus finest were Dua Lipa, Jeanne Damas, and Tina Kunakey, before Maestri and his mother, Catherine Maestri drove up in a vintage cream-colored MG convertible and Jacquemus arrived arm-in-arm with his grandmother Liline. Following the ceremony, the wedding party made their way to Château de Bonneval to continue the festivities.

Harlem’s Fashion Row announced today that its much anticipated 15th Anniversary Fashion Show & Style Awards will take place on September 6 in partnership with LVMH. This year, HFR is introducing a new award in honor of the late Virgil Abloh, which will be presented by his wife, Shannon Abloh. This year’s inaugural award will be bestowed upon Issa Rae. Also up for accolades are Sergio Hudson for Designer of the Year, Robin Givhan as Editor of the Year, Ade Samuel as Stylist of the Year, and Janet Jackson as ICON of the Year. In a statement regarding the event, CEO and founder of HFR Brandice Daniel stated, “African Americans have a rich history in fashion, although much of their contributions have been buried or unrecognized in history. However, HFR would not exist without the work of Black designers like Lois Alexander Lane, who created the Harlem Institute of Fashion and the Black Fashion Museum. … We are moving into the future by reaching back to understand, honor, and pull strength from our past.” 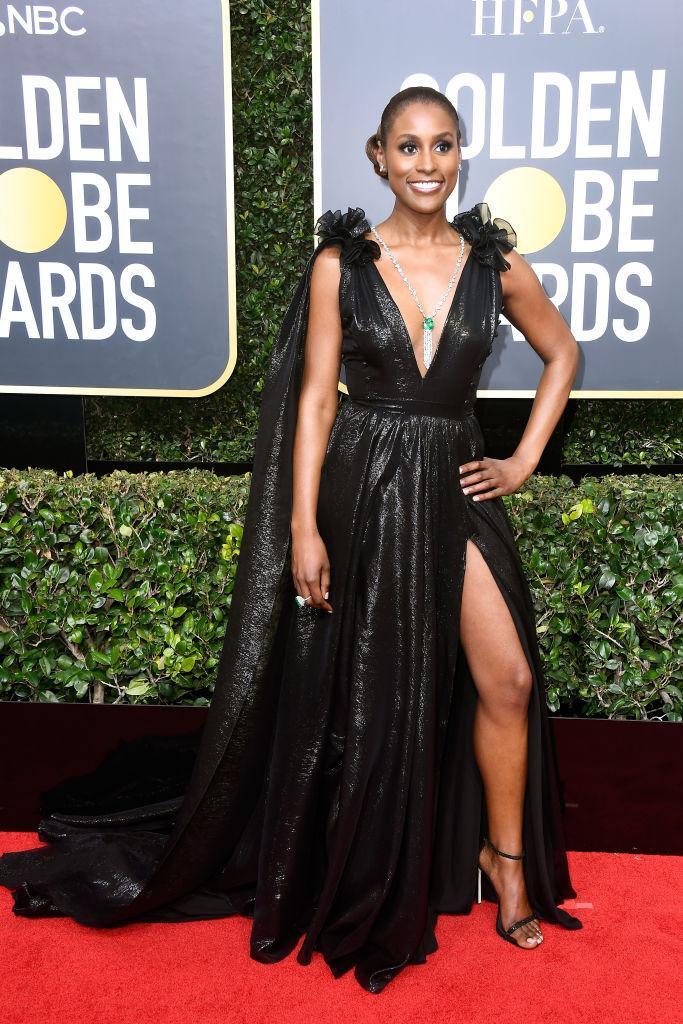 Today, the LA-based label Ciao Lucia launched its newest capsule with a distinct tennis theme. Released just in time for the 2022 US Open, the brand’s second tennis collection references classic retro women’s tennis silhouettes and color palettes for the special collection. The tennis capsule will include sport bras, tank tops, sweatshirts, and skirts retailing from $115-$195, which will all be exclusively sold on www.ciaolucia.com.

Inspiring Women: Jewelry Designer Logan Hollowell’s Faith In Fate And The Universe Will Inspire You Right Back