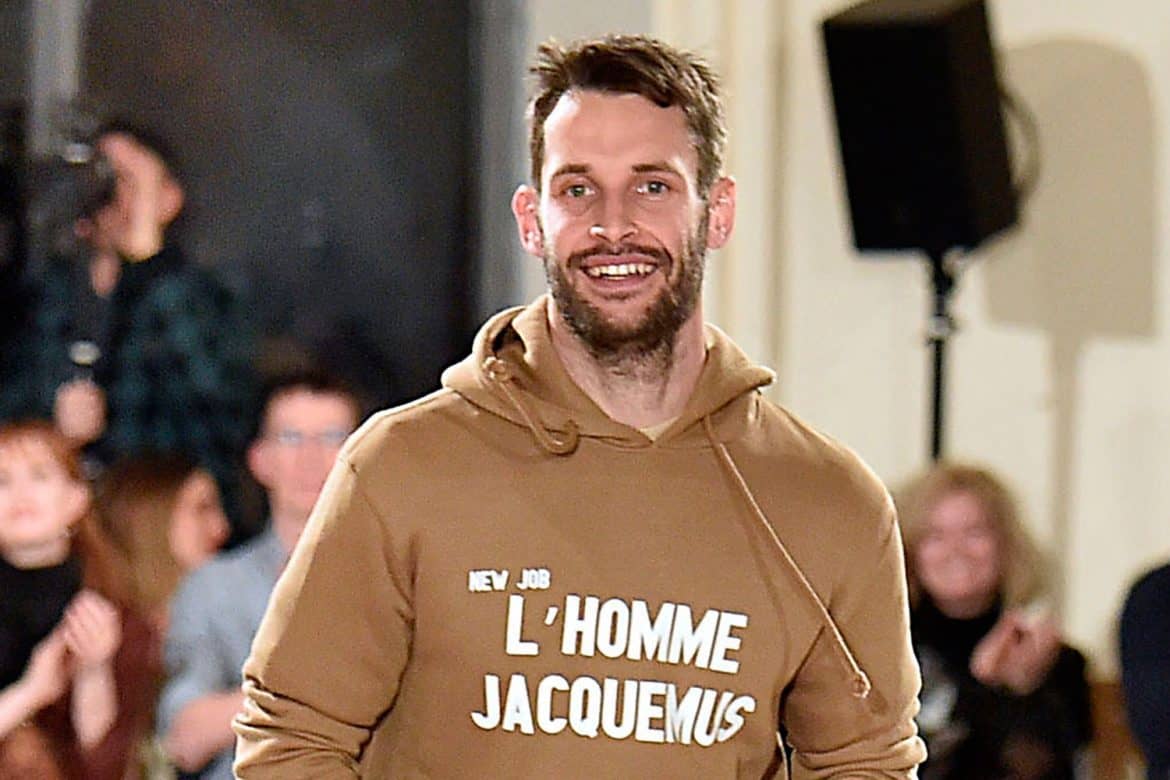 We’re physically in New York, but mentally in Hawaii. To reveal his Spring ’22 collection, Jacquemus reminded us of the spark that his brand is known for as he returned to the runway today, albeit a sandy one. A cobalt blue strip stretched down the shore of the Moli’i Gardens beach on the northern side of O’ahu so that the designer could reveal Le Splash to the world. Despite a rainstorm that delayed the show by 90 minutes (a traditional blessing kicked things off once the clouds cleared), today’s outing looked picture perfect—not that those in attendance were allowed to use their phones. The result was a joyous celebration of the island, its people, and its culture. Jacquemus worked with Hawaiian born-and-raised stylist Ben Perreira and creative director Taylor Okata, enlisted a local production crew, and cast of models. The latest Pop collection, too, was transportive: with tropical hues, traditional prints, and even novelty accessories like a snorkel as handbag or a floatie as an accessory. It actually served as a palette cleanser of sorts for Jacquemus, who said post-show: “This is my last Pop collection. Next season, I am coming back to something super-womanly, a new part of the Jacquemus identity.” On Instagram Stories, the brand expressed sympathy for not being able to share official imagery with the media just yet—but the unexpected rain storm had left clothes soaked and dirty. They could have fooled us, as the models looked sunny and happy walking down the runway. (Can’t expect the rainbow without a little rain, etc. etc.)

More material for your vacation vision board! After an acclaimed PFW outing, Lucie and Luke Meier today revealed their new season campaign for Jil Sander+. Shot on a remote Ibizan island by young British photographer Nikki McClarron, it captures the energy and intimacy of the line…and makes us want to immediately book a flight to the Mediterranean. Get a glimpse below! 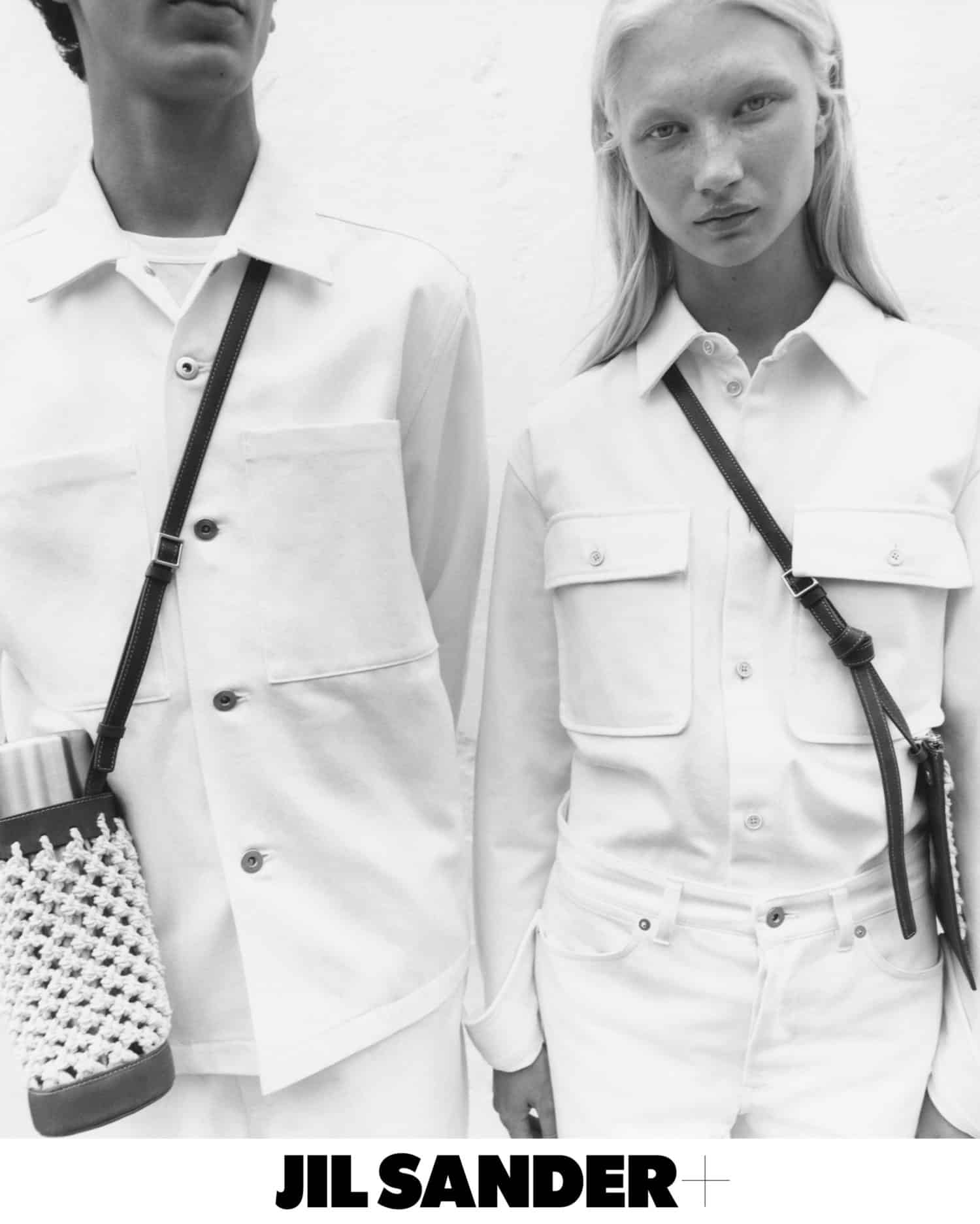 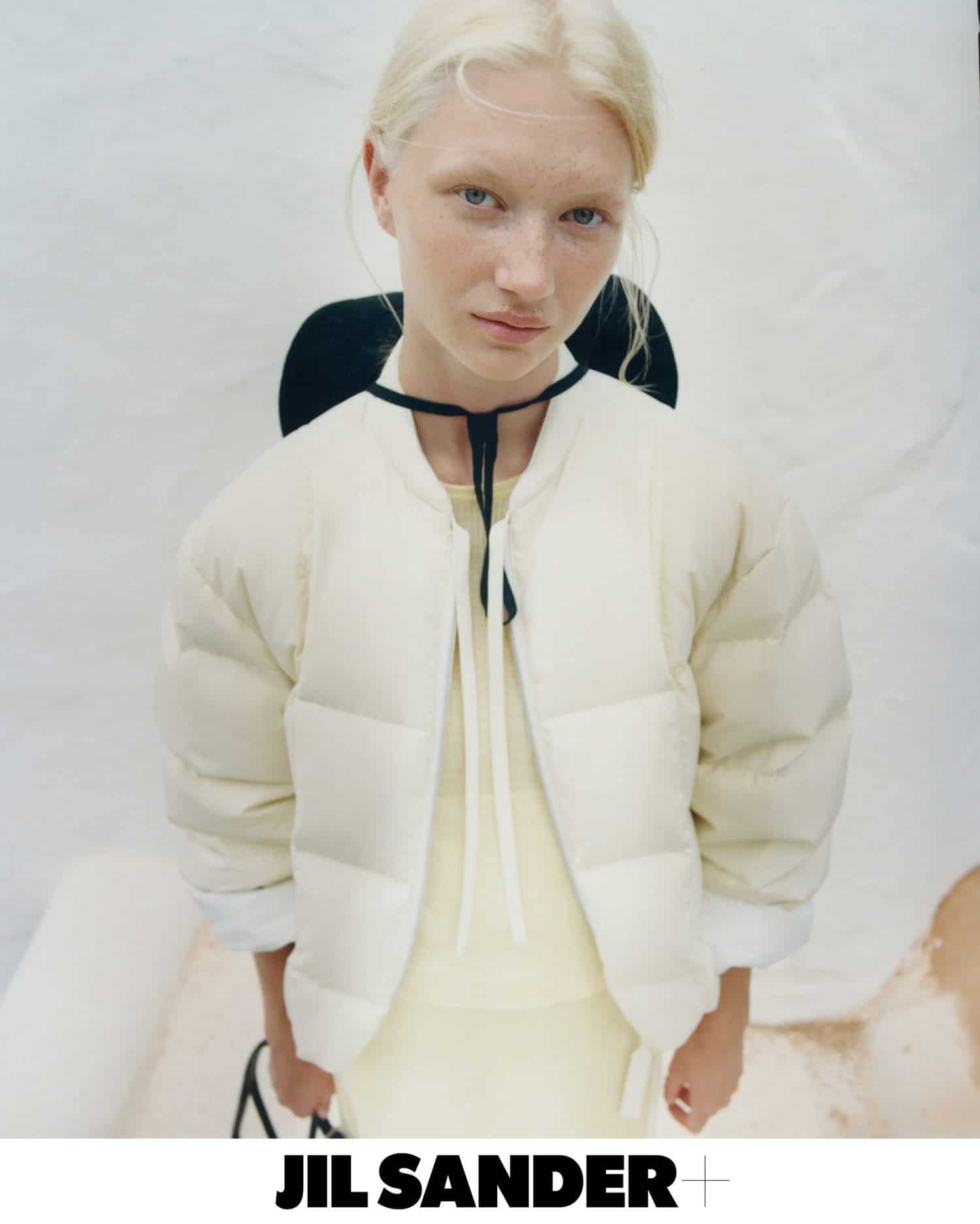 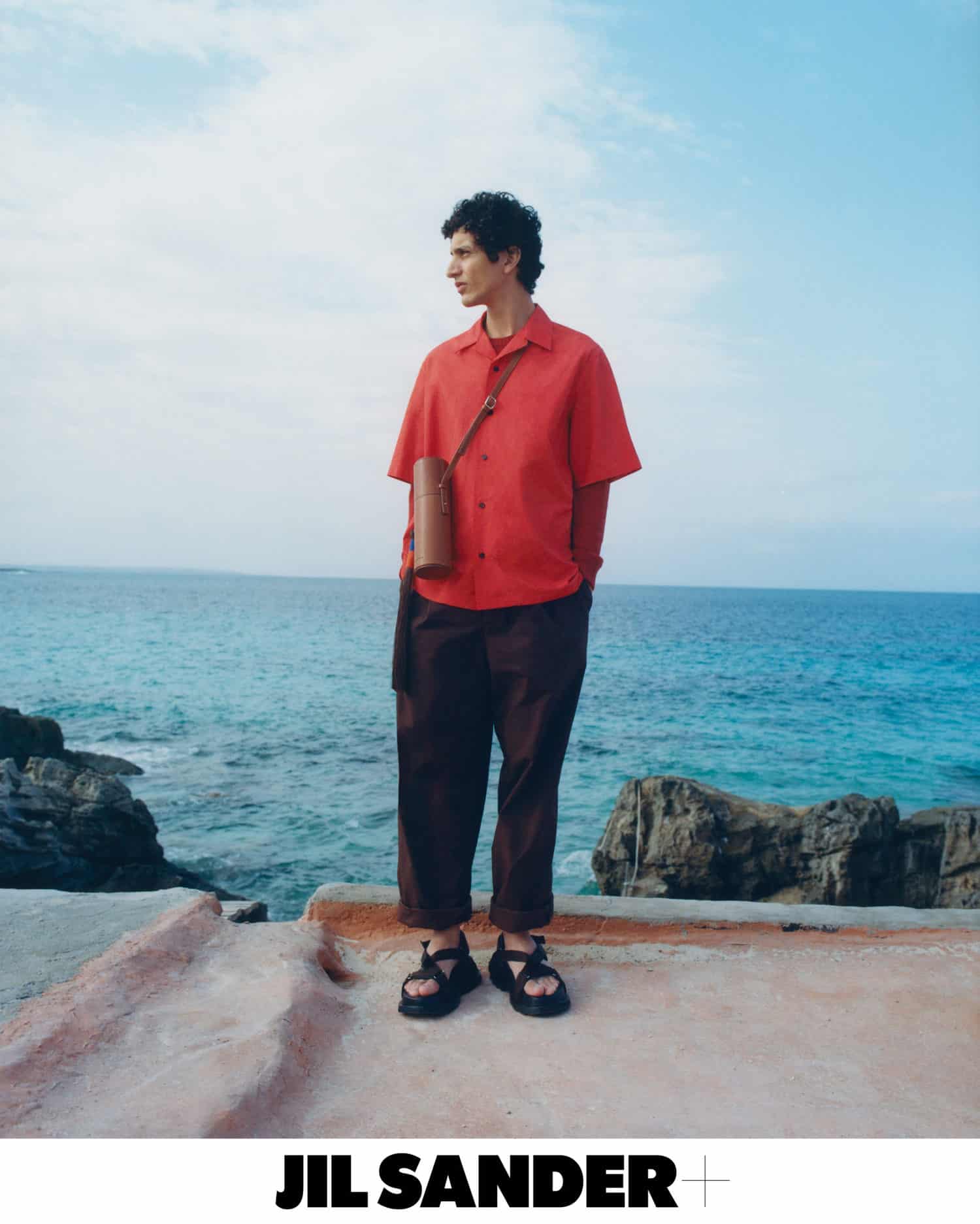 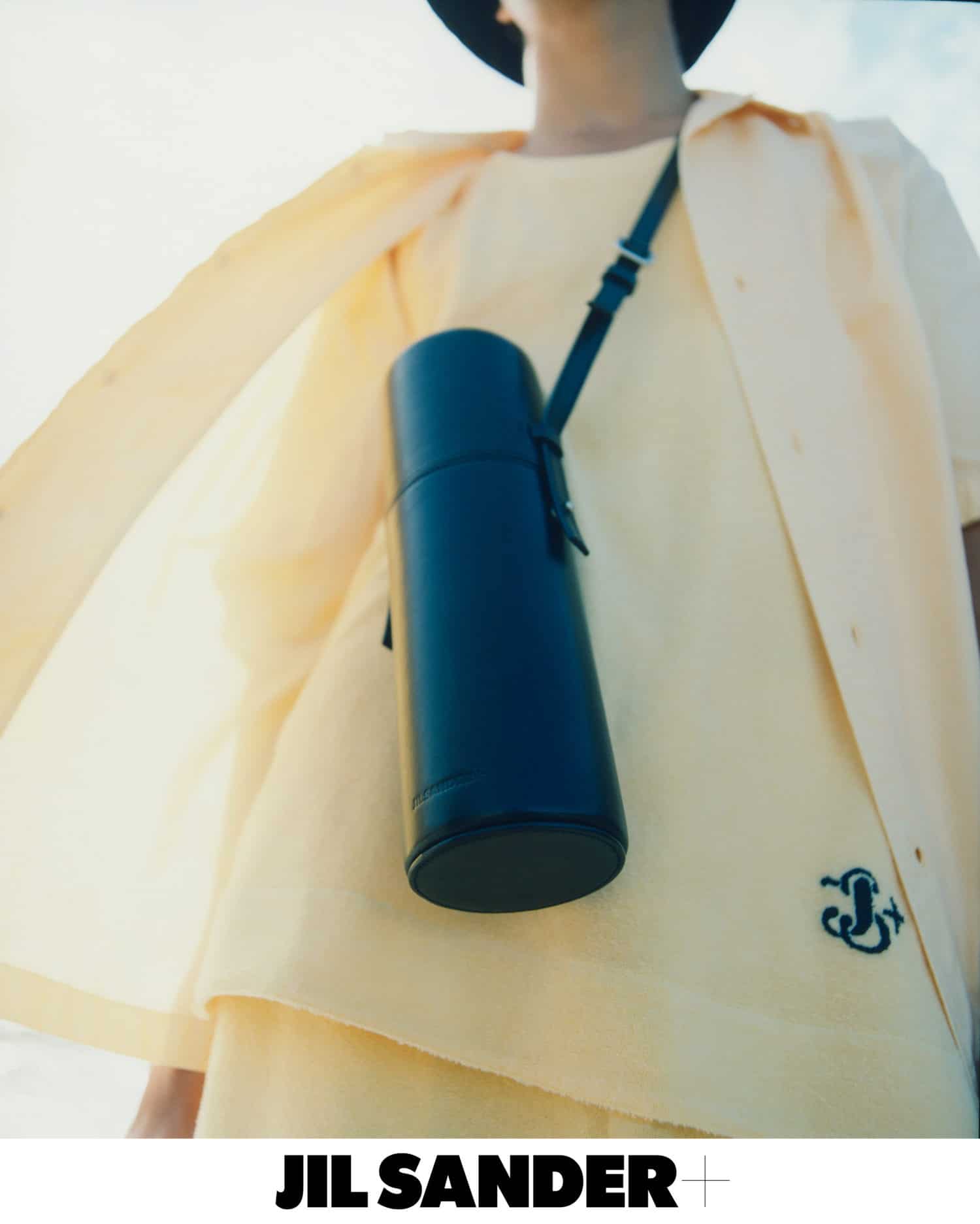 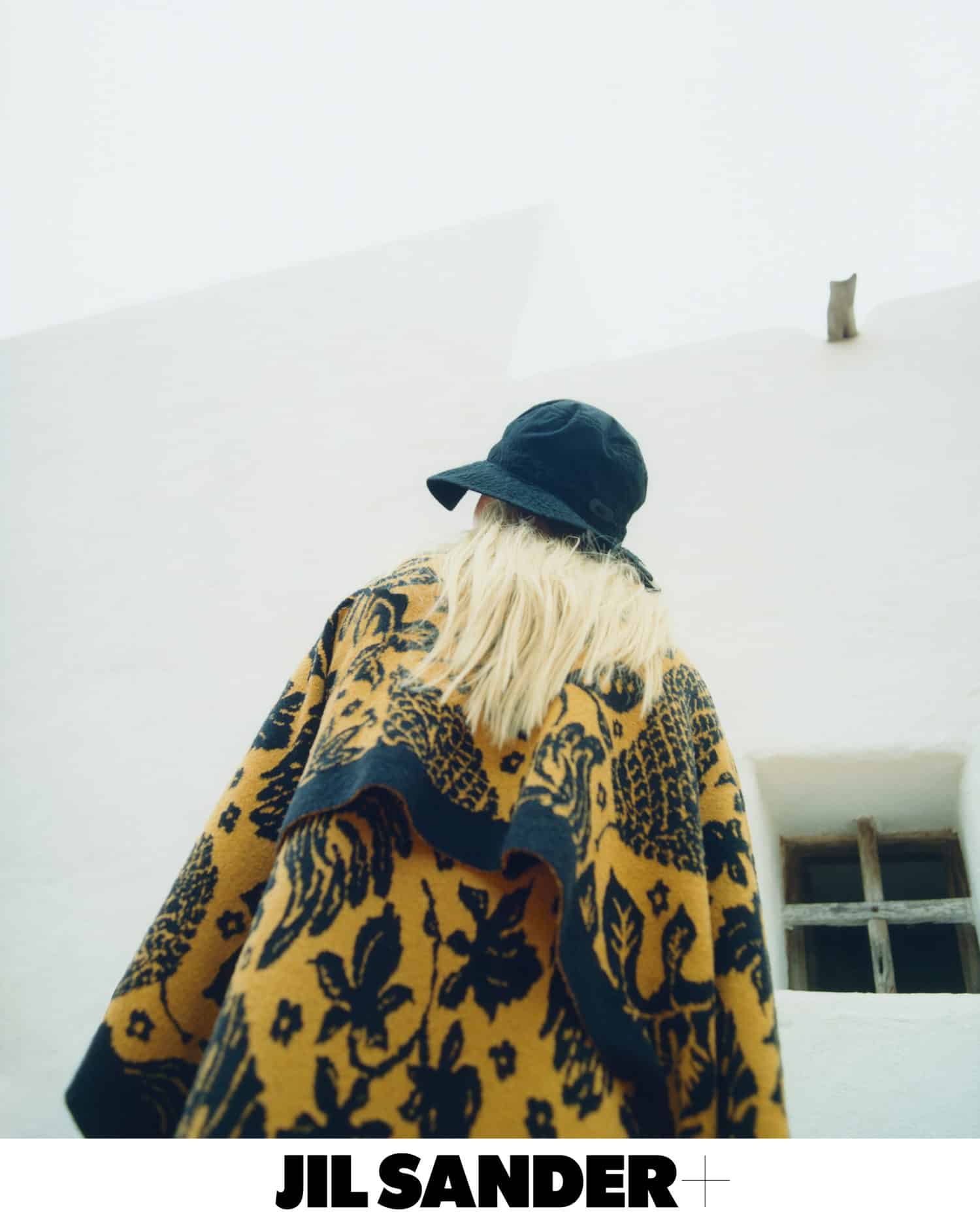 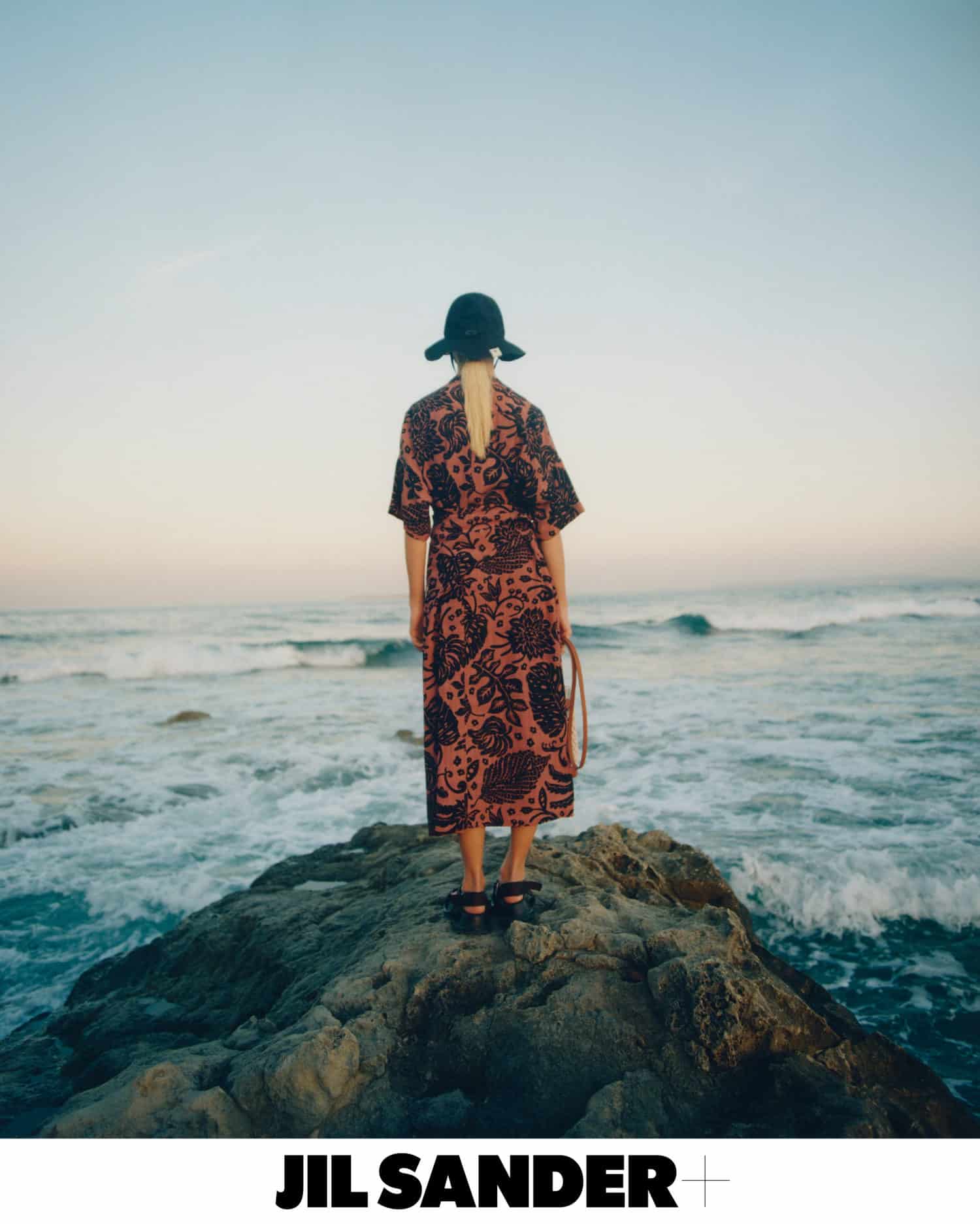 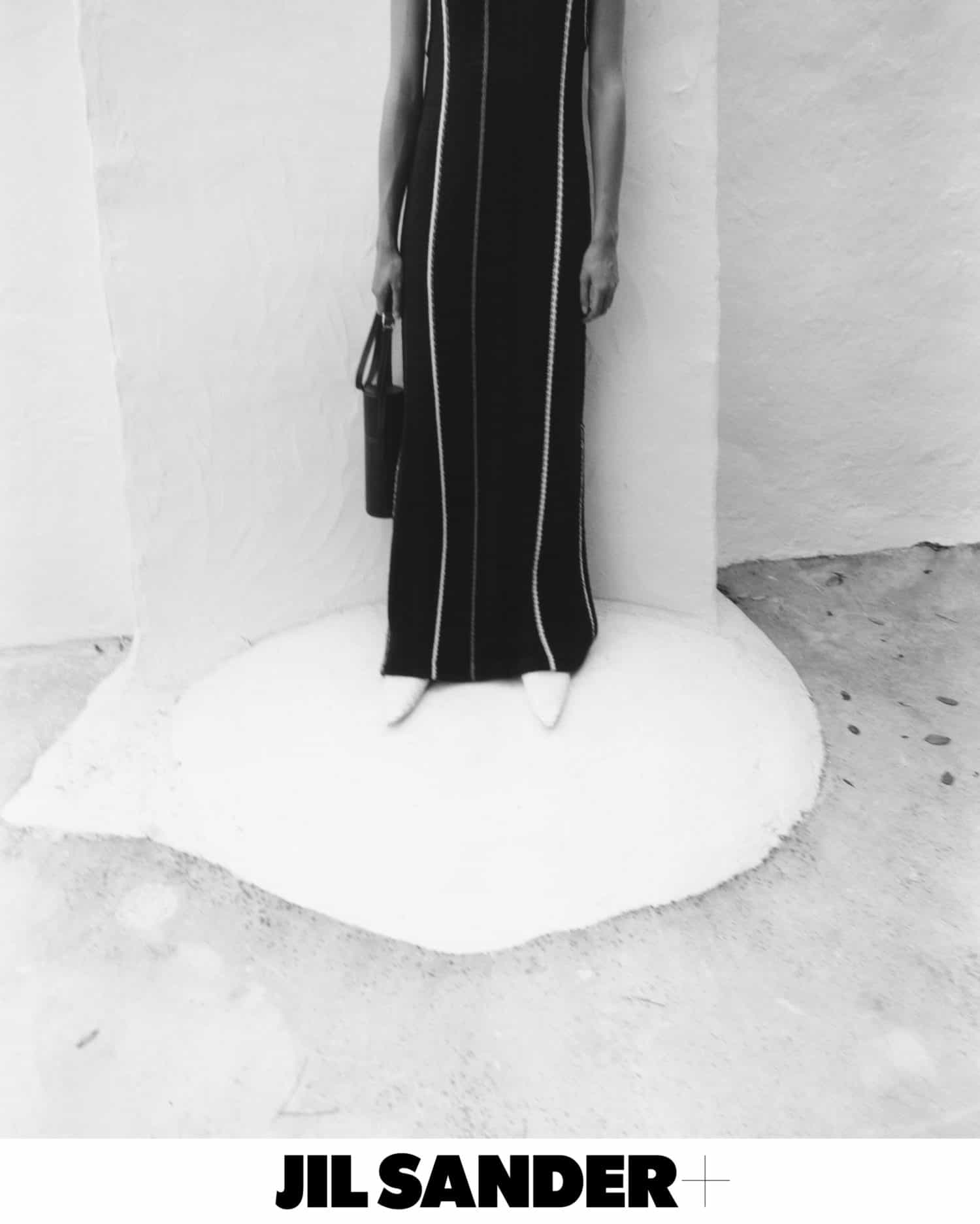 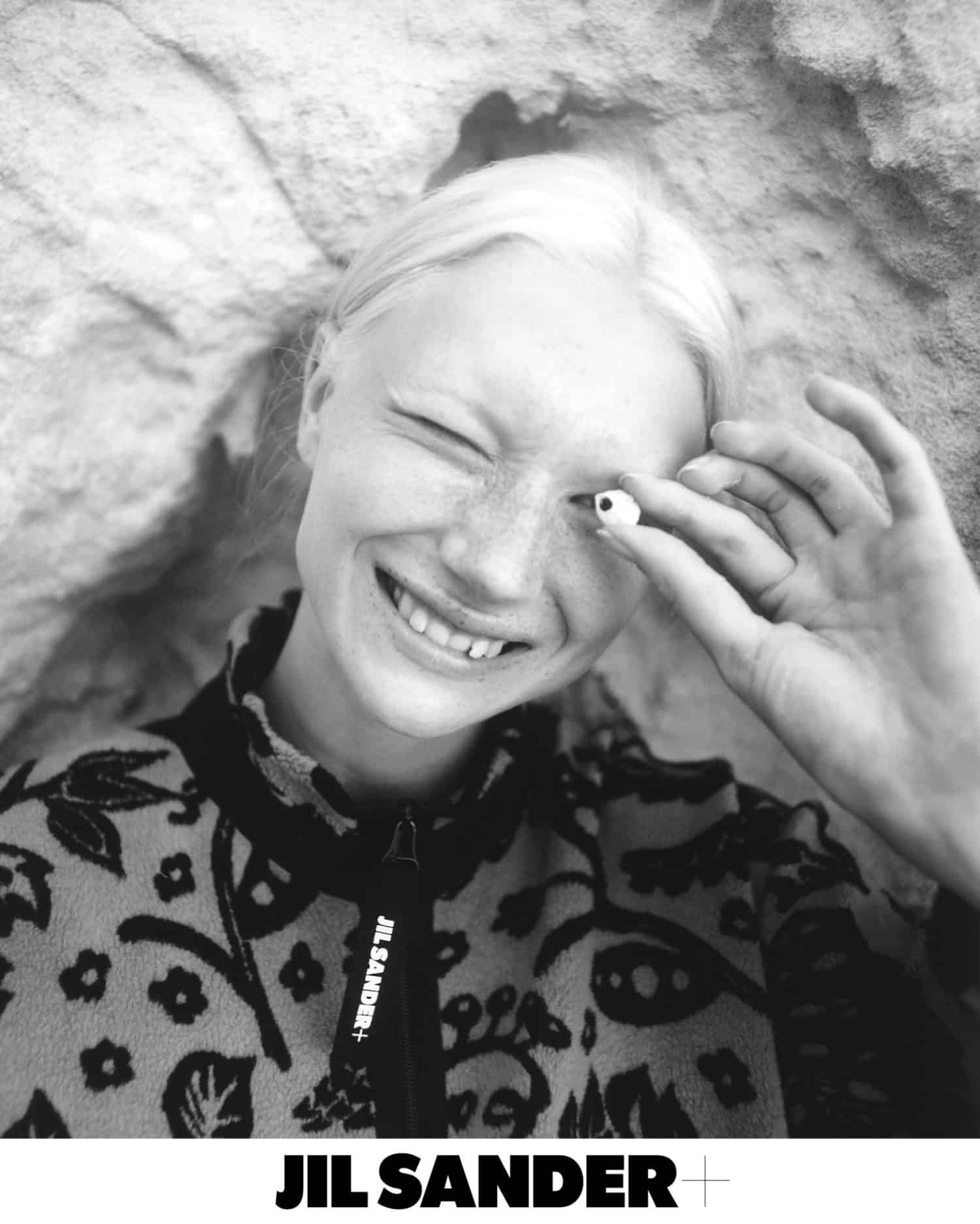 All eyes on Miami! The Latin American Fashion Summit returns next week, March 14-16, to an in-person event, after a two-year hiatus. Co-founders Samantha Tams and Estafanía Lacayo are once again shining a well deserved spotlight on the Latin American fashion indystry and its key players. The three-day summit will highlight developments that the fashion industry is facing, while incorporating education, success stories, discussions, panels, competitions, and parties. Among the confirmed panel speakers are Alexandre Birman, Aerin Lauder, Pharrell Williams, Maria Buccelatti, Lauren Santo Domingo, Professor Augustinus Bader, Charles Rosier, and global CEO of Debeers Group, Celine Assimon. Notable designers including Silvia Tcherassi, editors such as Karla Martínez de Salas of Vogue México, buyers from stores like Moda Operandi, Net-A-Porter, Bloomingdales, and Harrods, and notable figures such as Esteban Cortázar, Ángel Sánchez, and Juan Carlos Obando have all confirmed their spots too. Get your tickets here!

Legal dispute over house where ALT lived is now settled

The dispute over the $1 million White Plains, NY home which the late André Leon Talley has resided in since 2004 has been settled, according to reports. Attorneys representing the famed fashion editor’s estate reached a confidential settlement with those working on behalf of Anthony Yurgaitis, the partner of the late George Malkemus. It is unknown who currently owns the 11-room house. The battle became public last year, with Talley maintaining that he had a ‘gentleman’s agreement’ with Malkemus, the former CEO of Manolo Blahnik USA and business partner of Sarah Jessica Parker, and Yurgaitis who he claimed had bought the house on his behalf. The couple said that Talley had fallen behind in rent by “hundreds of thousands of dollars” and subsequently took legal action with a nonpayment proceeding. Talley, however, retaliated with his own complaint referencing payments of over $995,000 towards things like repair and maintenance. The case has been reportedly discontinued in the Supreme Court of the state of New York’s Westchester County, without costs to either the plaintiff or defendants, aside from legal fees. 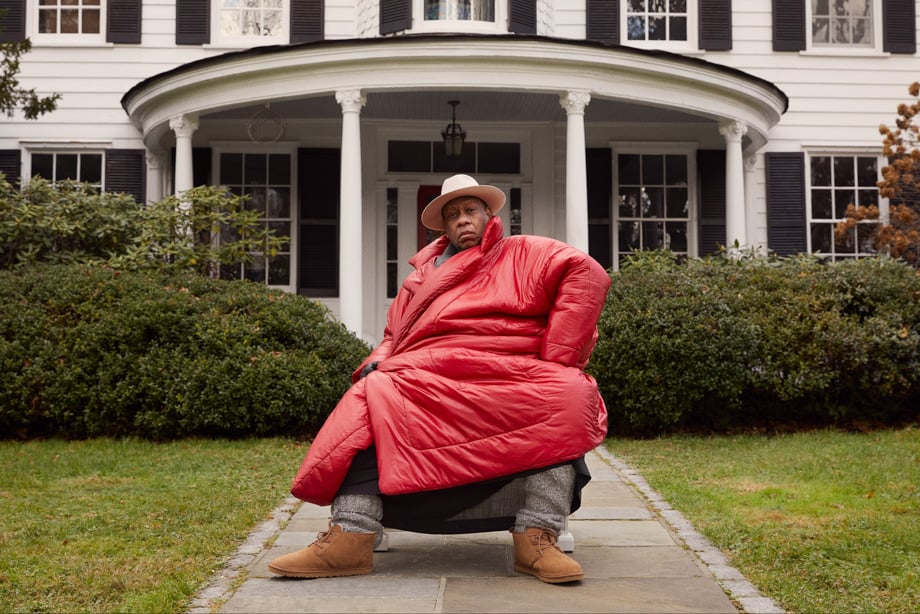 André Leon Talley at his home in White Plains (Courtesy/UGG)

Her Clique founder Izabela Depczyk has brought together leading artists Marilyn Minter, Laurie Simmons, Cindy Sherman, Katharine Bradford, and Deborah Kass (to name a few) in order to raise funds for the Ukrainian non-profit Voices of Children. As part of the project, 30 works by the artists will go on sale in an evolving, digital storefront with new works added every few days throughout Women’s History Month. Proceeds raised will benefit the organization,  which provides psychological and psychosocial support to children, helping them overcome consequences of armed conflict. Depczyk said: “These events are tragic and incomprehensible. This war should have never happened and my heart is aching for millions of people affected, including my Ukrainian and Russian friends and family. My words of deep gratitude to the kind and generous artists who donated their work for this fundraiser, and to the collectors around the world for supporting our cause.” Access the fundraiser here. 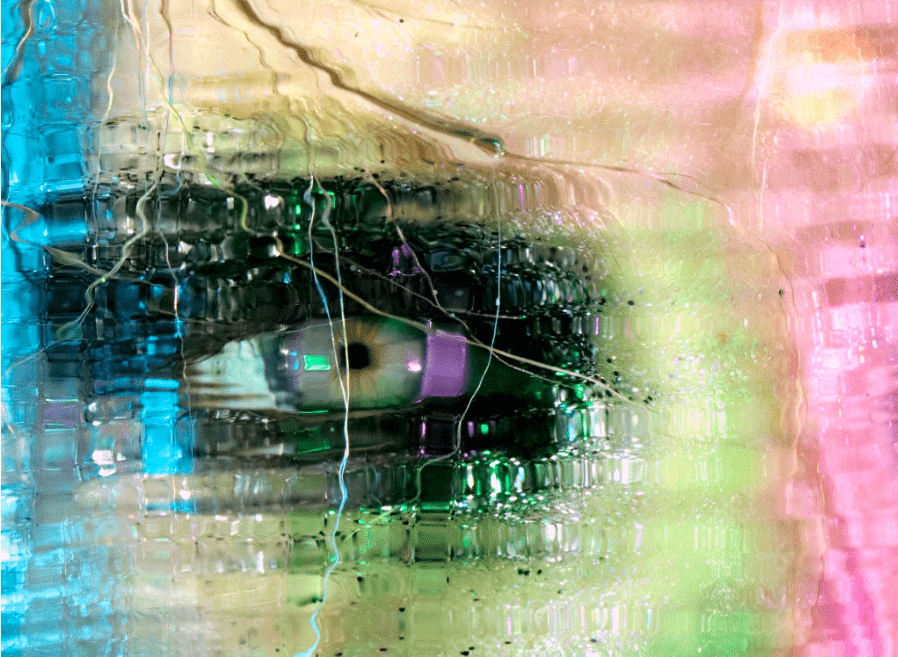 Pyer Moss collector’s item alert! As an extension of his Met Gala look and his commitment to using fashion to provoke change, Kerby Jean-Raymond has unveiled an exclusive new sweatshirt. The crew neck comes complete with his brand’s and the museum’s logos, and is a continuation of the suit and flak jacket the designer wore to the event last September, aiming to ignite conversation around gun control. The limited-edition garment, available in black and red with the numbers on the back referring to the most common bullet calibers, comes in anticipation of the next installment of The Costume Institute exhibit this May. The sweatshirt—or as Jean-Raymond termed it, the “art project” and “timely social experiment”—retails for $325. Get yours here. 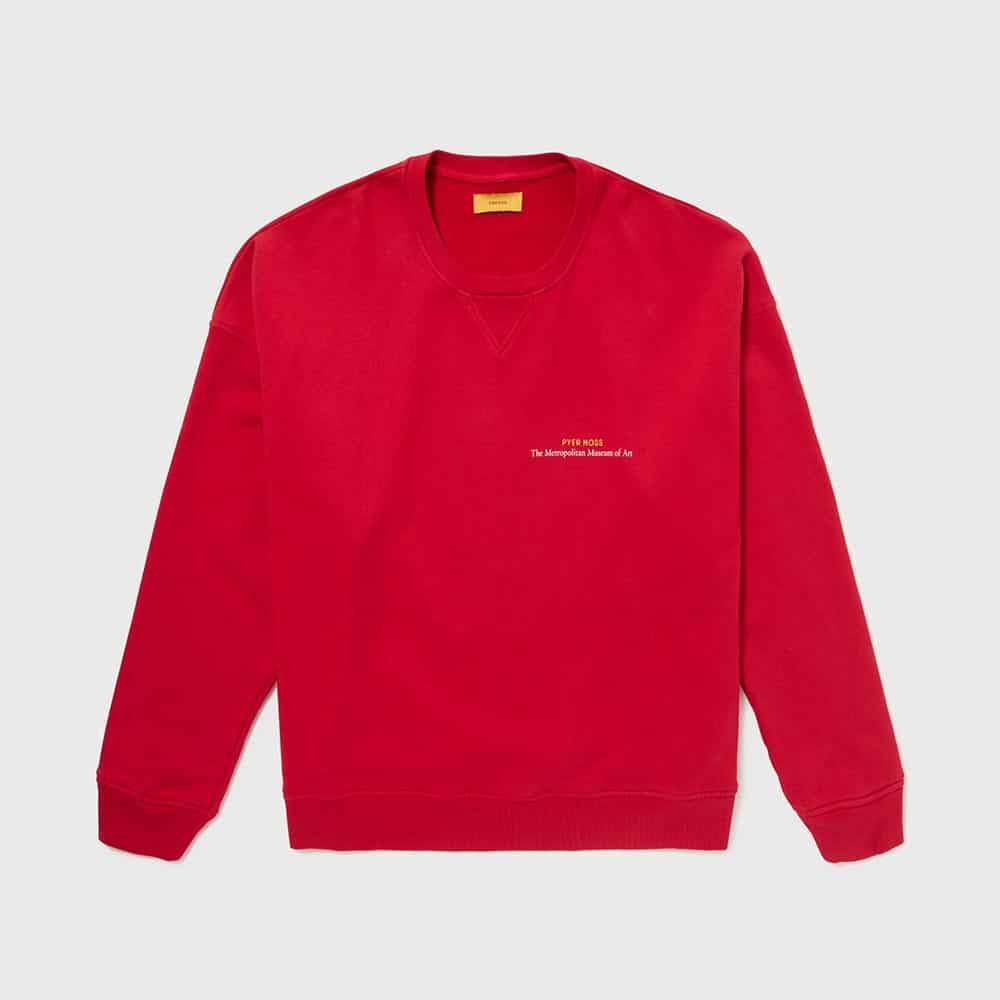 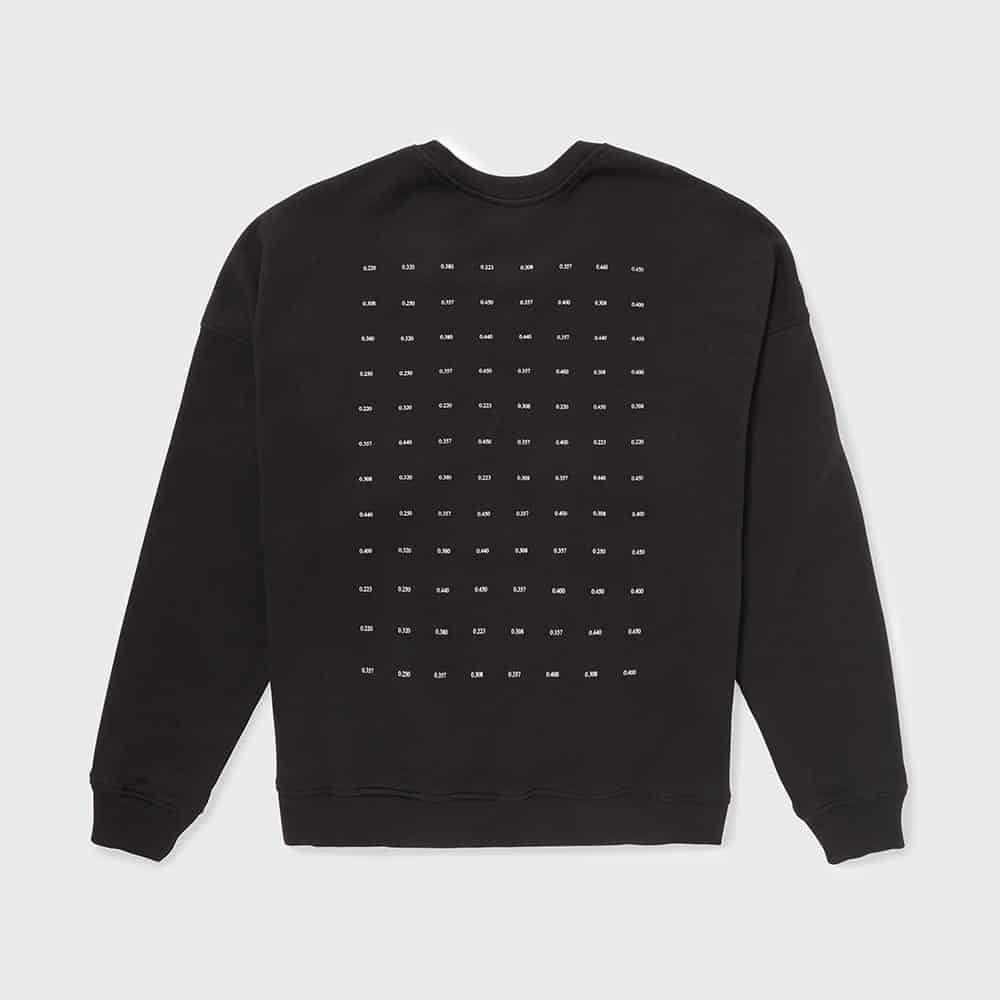 Meet The New Face Of Mackage! Quannah Chasinghorse, Lensed By Tyler Mitchell For The SS ’22 Campaign