Daily News: Isabel Marant’s Most Famous Sneaker Is Back, Aritzia Forays Into Menswear, News From Gucci, Burberry, Dior, And More! 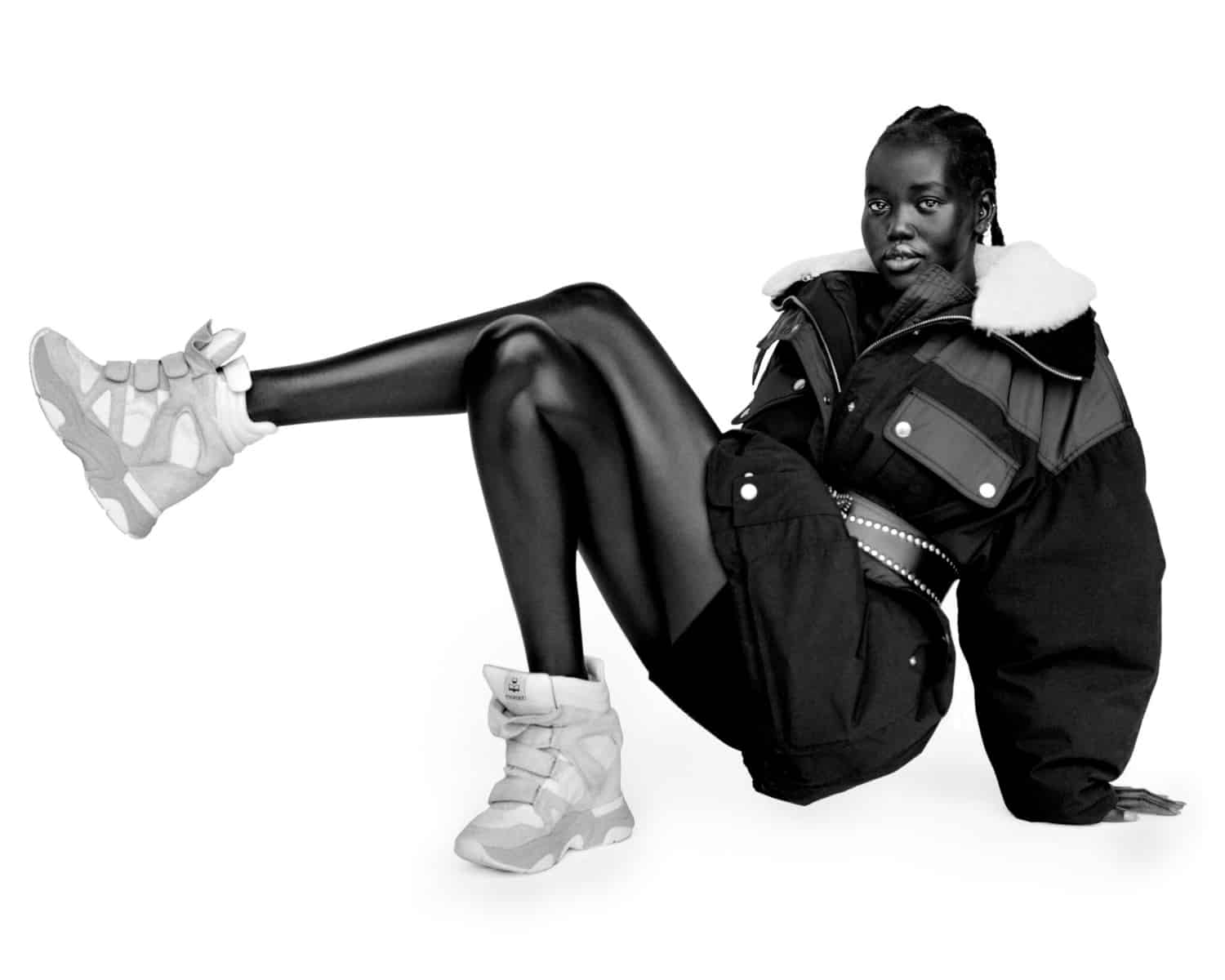 Isabel Marant releases an update to her famous wedge sneaker

Isabel Marant has an idea for comfortable yet fashionable post-pandemic footwear—and it involves the brand’s famous wedge sneaker, the Beckett, which first debuted a decade ago. Now reimagined as the Balskee, the sneaker comes with a hidden wedge heel, velcro straps, two-tone detailing, and a sculptural silhouette. The original Beckett quickly became a sell-out, citing over 200,000 pairs sold and a fanbase that boasted Kendall Jenner, Gisele Bündchen, Rihanna, and, of course, Beyoncé (the sneaker stole the spotlight in her ‘Love On Top’ music video!). And now, complete with its 10th anniversary facelift, the 10-centimeter-high Balskee comes in five different colorways—true black, forest green, scarlet red,  and mustard yellow included. Shop your next comfort shoe, retailing for $770, now on isabelmarant.com. 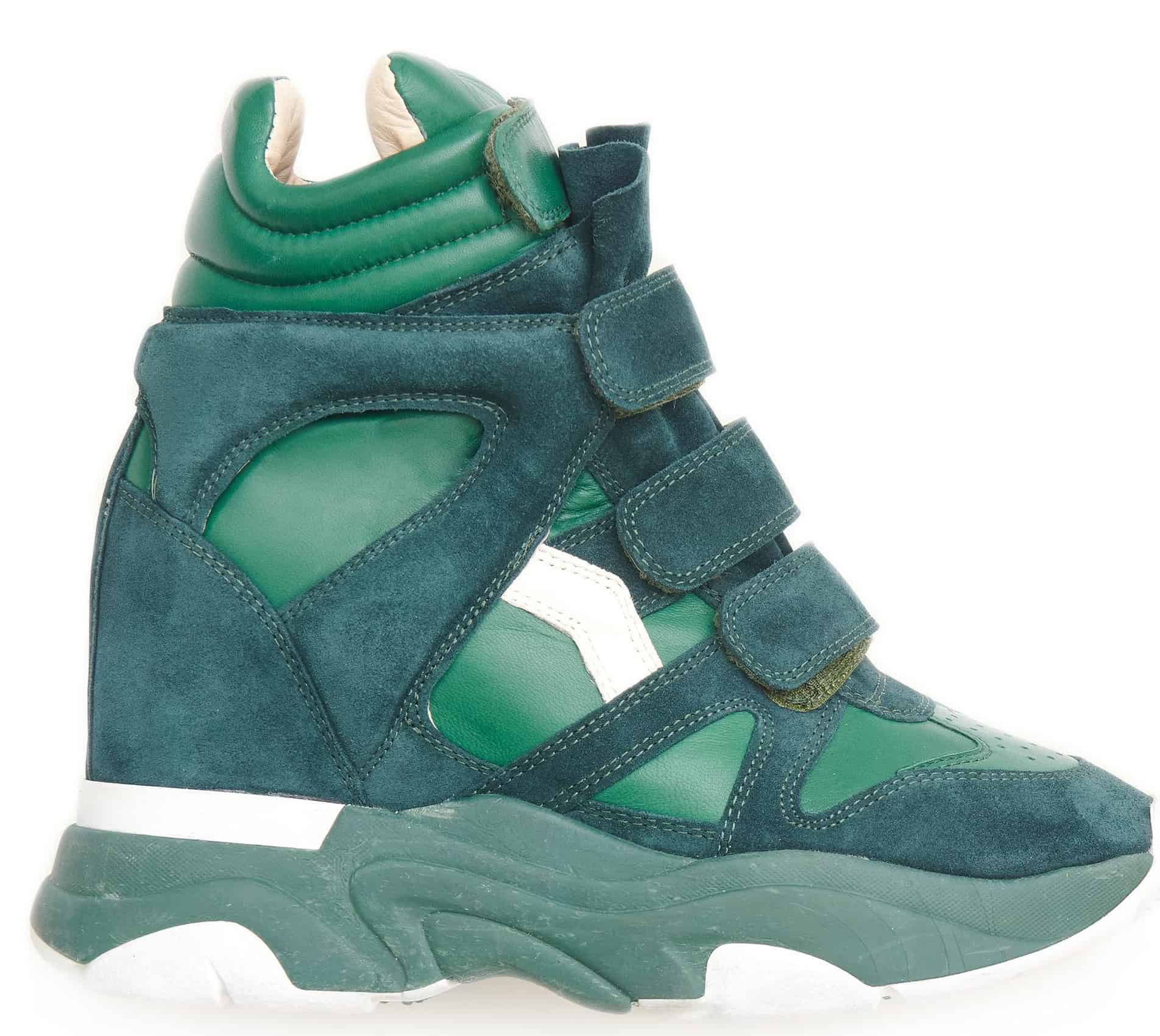 Burberry and Montreal-based technology platform Ssense have come together to create an eclectic consumer experience to debut the house’s latest collection, Mythical Alphabet. The immersive experience, available online and in-person at Burberry’s Soho location, will run from June 17 through June 26, and will rejuvenate the Spring Street storefront by way of motion graphics. The first floor will present the collection’s inventory, while the second floor will greet guests with a viewing room with short film “A-B-CITY” playing on repeat. The exclusive short film, commissioned by the duo, is set against the hum of city noise that delves into the theme Imaginary Cities. In honor of the Burberry Animal Kingdom—Burberry’s in-store pop-up experience tour celebrating its bag range—the collection, designed in collaboration with graphic designer Peter Saville and illustrator Jo Ratcliffe, offers an assortment of 50 pieces. Included in the offering are redone illustrated trenches, tasteful skirts, basic tees, and accessories decorated with the capsule’s specialized prints, all of which will retail from $170 to $3,750. Mythical Alphabet will be available at Ssense locations, Burberry.com, and select locations across the U.S.

In publishing its first Impact Report, Gucci revealed today that it has already surpassed its environmental reduction target… four years early. Coming just one year after expanding its Equilibrium digital platforms, the house initiated the project in efforts to generate positive environmental change for both people and planet. Highlighting 2020 data, the comprehensive report revealed that the brand has already exceeded 2025 expectations—including a 44% decrease in environmental impact, a 47% decrease in GHG emissions, and a 9% decrease in its overall environmental footprint. The report, whose success is separated by impact on both people and planet, cites many feats. For “people,” the house has been named Best Workplace 2020 in Italy, raised $17.5 million to support gender equality projects, and reached 57.4% female population within the company’s management. For “planet,” 93% of renewable energy consumption has been achieved, 95% of materials are traceable, and new eco-friendly ‘Green Packaging’ was launched for stores and online. Gucci surely is making all-things-green the trend of the season!

Former Barneys fashion director turned founder of her eponymous shoe label, Marina Larroudé is seasoned when it comes to fashion—and a quick glance at a Gloria heel will prove it. Now, the best-selling pump is available in new, inclusive skintones, as well as a metallic version. The popular shoe, which is nearly impossible to get your hands on, flaunts adjustable ankle wrap-around straps, an acrylic glass heel, and a clear band across the toe. What’s more, the shoe is the perfect companion for a night on the dance floor—as proven by a memory foam insole and cushion with every step. Now offered in an inclusive shade range of caramel, brown, and tan, the new-and-improved Retailing for $285, the shoe can be purchased online at Larroudé or on Revolve. Be prompt!

We’re all about shoes in this newsletter! Launching today, Teva has released a capsule collection made in collaboration with British designer Christian Cowan—and it includes summer styles you might just need. The limited-edition shoe capsule, comprised of two styles, features the Hurricane Gladiator and Hurricane XLT2. As for the design process, it looked something like this: Cowan took former Teva styles, and repurposed them with his own fierce, standout twist. The result? The footwear label’s signature sandal and gladiator-inspired shoe, both of which are redesigned with eye-catching colors and chrome accents. To make matters even more impressive, the duo designed the capsule with earth-friendly materials and trail-tested comfort—perfect for adventuring. The Hurricane Gladiator and Hurricane XLT2 will be available in gender-inclusive sizing and will retail for $175 and $90, respectively, and will be sold on teva.com. Let the adventures commence!

Luxury indie boutique Café Forgot is moving downtown for its first permanent location. Founded in 2017 by Lucy Weisner and Vita Haas, the shop has grown to fame for its impressive selection of up-and-coming designers. After a series of pop-ups and a pandemic-prompted shift to online retail, the flagship will open its doors tomorrow in the heart of Chinatown at 29 Ludlow Street. As hinted by an Instagram post captioned with two emojis, the store will resemble a gallery—with no shortage of color, a fanciful rotating rack, an elaborate full-wall decal, and the perfect amount of space in between hanging items. To keep up with the crowd that will surely be pouring in, the vinyl will be swapped every few months, ensuring the space never skimps on charm. Café Forgot will join a list of small boutiques already dotting the neighborhood, bringing life to the newfound fashion hotspot.

Kim Jones teams up with Sacai for latest collab endeavor

For Kim Jones’ latest collaboration, he tapped Japanese luxury label Sacai for a sleek menswear capsule. The collaboration with Sacai comes just four years after Jones’ iconic Louis Vuitton partnership with Supreme, which offered an offering of streetwear and leather goods. Set to release in November, Kim Jones is serving up 57 pieces of ready to wear, bags, and accessories with a hero monogram—“Sacai” written in the “i” of Dior—throughout. The resulting offering is a marriage of both Jones’ and Sacai founder Chitose Abe’s personal styles. Gentlemen—come November, you might want to rethink your streetwear wardrobe!

In efforts to expand its brand, the Canadian retailer announced it will acquire 75% of menswear activewear label Reigning Champ. The $63 million deal guarantees full acquisition within the next five years. The move comes after the menswear label—which cites Adidas, Asics, and the NBA as previous collaboration partners—closed its Los Angeles location in September. The Vancouver-based companies will both benefit from the acquisition—with Reigning Champ gaining a leg up from Aritzia infrastructure and expertise, and Aritzia opening the door to menswear just two years after the debut of its in-house womenswear brand. Reigning Champ founder Craig Atkinson, as well as the brand’s other executive leaders, will be remaining with the company until the acquisition completes.

Does Driving a Bentley Make You Better? Go Behind The Wheel With Luke DiTella!