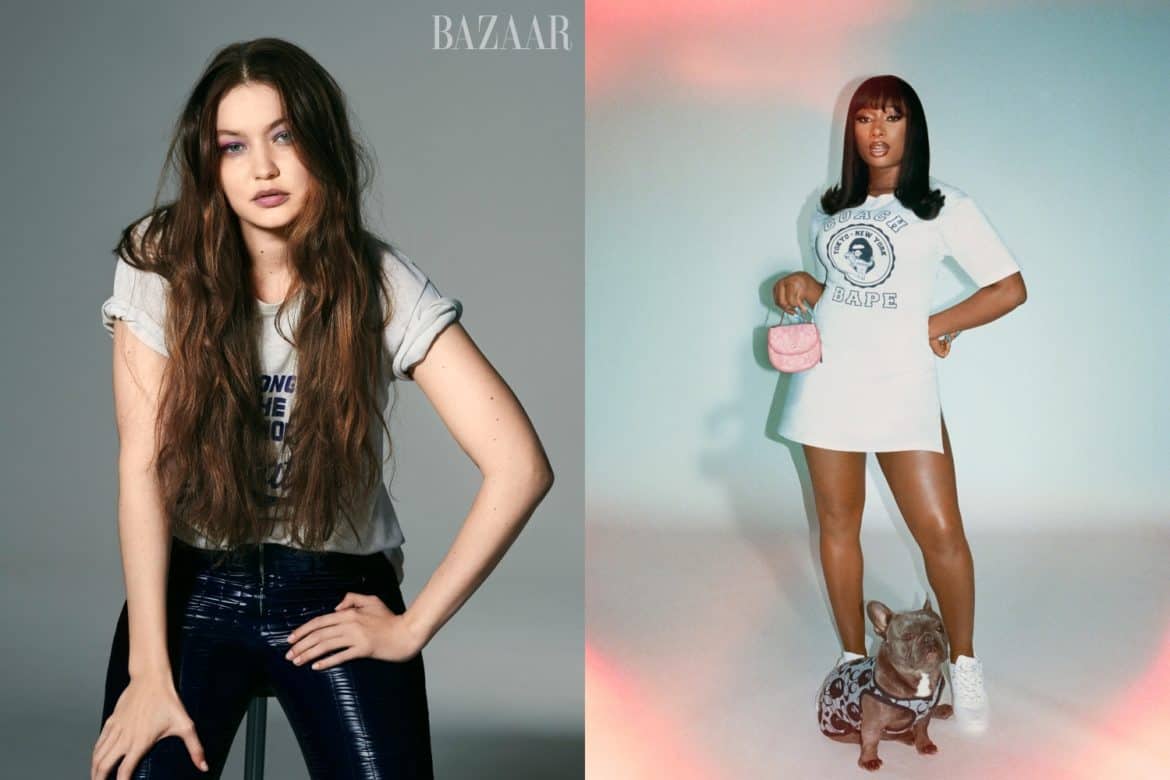 BAPE alert, or babe alert?! For the latest iteration of Coach x BAPE, the New York City label and the Japanese streetwear powerhouse enlisted *hot girl* Megan Thee Stallion to show us all exactly how to strike a pose. The exclusive capsule not only marks the duo’s second collaboration, but also fuses both BAPE’s skater aesthetic and Coach’s sophistication. Debuting today, the campaign—shot by photographer Sandy Kim—also features singer Cordae and Japanese model Kōki. Hoodies, sneakers, bags, and t-shirts decorated with a limited-edition print (Coach’s ‘C’ monogram blended with BAPE’s APE HEAD logo) are for the taking. Beginning July 24, with retail stamps from $95 to $595, the capsule is all yours. 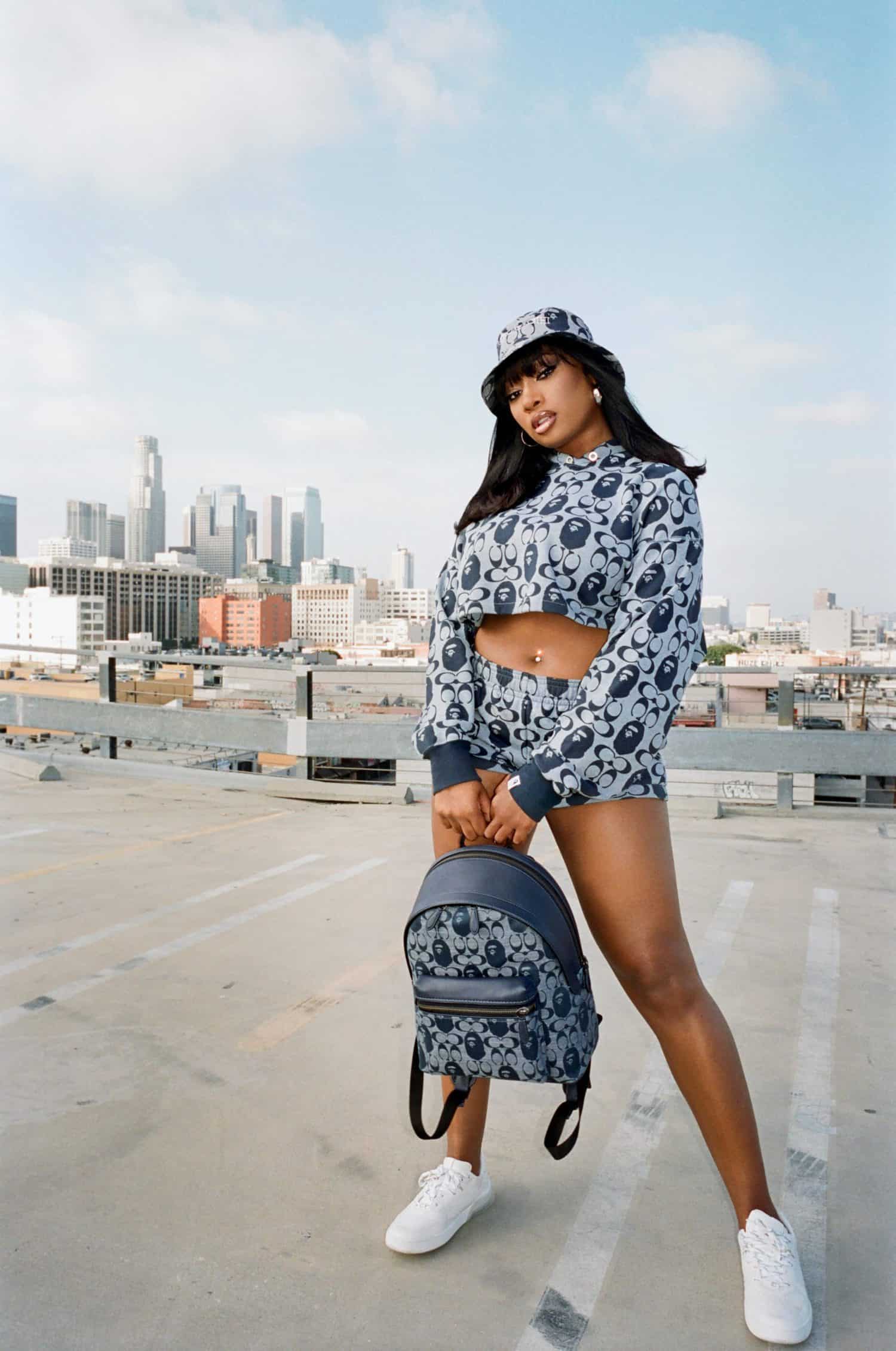 Splashed across the publication’s August edition, Gigi Hadid poses in a more business-as-usual wardrobe—perhaps, symbolizing the peeled-back simplicity the supermodel has been living for since taking on the title of “mom.” For the cover story, the new mama sat down with writer Durga Chew-Bose to discuss all things motherhood, how different life looks now, and how content she is with the uncomplicated nature of it all. After all, the 26-year-old has had her fair share of success and fame since her modeling career took off when she was in her late teens. Now, with a 10-month-old babe at home and a new pep in her step, she’s ready to take full control of the reins and play by her own rulebook. That is, enjoying her lifestyle on her mother’s farm, cutting fresh hydrangeas, horseback riding, and cuddling with baby Khai in between. Read the story here.

Sincerely Jules is venturing into the beauty market with new brand

Mega-influencer Julie Sariñana (widely known by her tag name Sincerely Jules) has already mastered the world of fashion, with a self-designed namesake brand under her belt and a resumé brimming with collaborations with Billabong, Bandier, and more. Now, she’s looking to the beauty industry with the launch of her nail-focused brand, Color Dept. The forthcoming project—which has been in the works since before the pandemic began—will debut with seven sustainable, 100% vegan nail polish colors in shades of pink, blue, purple, orange, green, and white. The venture, and self-care in general, has always been of interest to Sariñana, who spent years working at her brother’s nail salon during her undergraduate years in L.A.

Paris Hilton wants to teach you how to cook

Paris Hilton has been busy cooking up a storm, and she has her own show to prove it. Cooking With Paris, which was inspired by her oh-so-entertaining and viral lasagna-making tutorial, will debut on YouTube and feature the iconic reality star navigating her way around the kitchen alongside friends, who help her put together some tasty dishes. Six 30-minute episodes promise to give a glimpse into her glamorous wardrobe, and keep us satiated with celebrity cameos and more! Mark your calendars for August 4.

The award for the most stylish state goes to…

Adding to the list of (never-ending!) things Pinterest is useful for, new data reveals that Florida is the most influential state when it comes to inspiring our style choices. Seriously! The beaches and warm weather clearly aren’t the only things the Sunshine State is good for, as the data, cultivated by Money.co.uk, shows Florida holds the crown for best style and best home decor aesthetics, with over 900 Pinterest boards dedicated to “Florida-style interior.” Among the runner-ups are California—even though Los Angeles takes the gold for being the most stylish city in the world—and Texas.