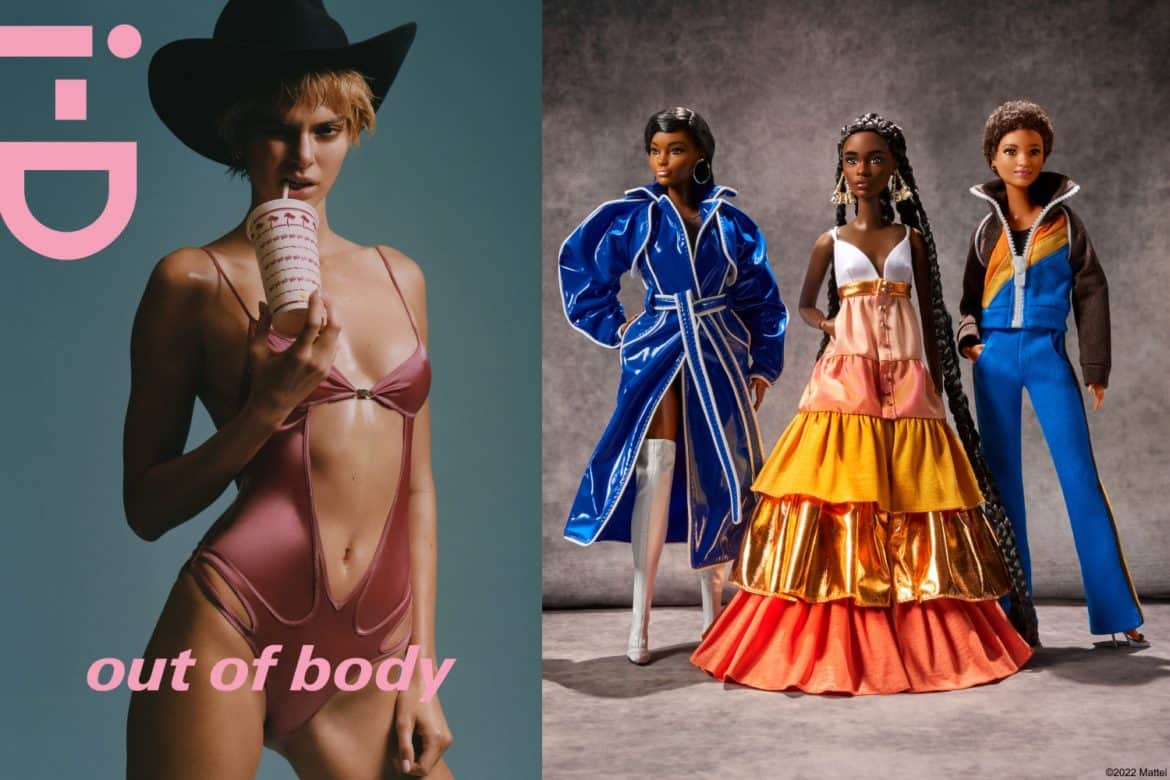 OK miss Kendall! As the supermodel hit the runways in Milan, looking almost unrecognizable in an orange-hued hairdo, she also landed in our inboxes as the latest cover star for i-D. Shot by Luis Alberto Rodriguez, La Jenner embodies the themes of the whopping 416-page issue—liberation! hot talent! future fashion—alongside fellow cover stars Paloma Elsesser, Cruz Beckham, Rosalía, Hunter Schafer, Hoyeon and Binx Walton. For her accompanying interview, she engages in a candid conversation with tktktkt. “It still feels like I’m not fully formed, but with every chapter I become a little bit more fulfilled,” the mod says. As for the editorial, the 26-year-old is styled by Carlos Nazario in sizzling looks from Burberry, Nensi Dojaka, Ludovic De Saint Sernin, Rick Owens, and more. Heck, in one image, she’s even seen in the nude. In the words of editor in chief Alastair McKimm, “this issue has big body energy.” Yup! Read the feature here. 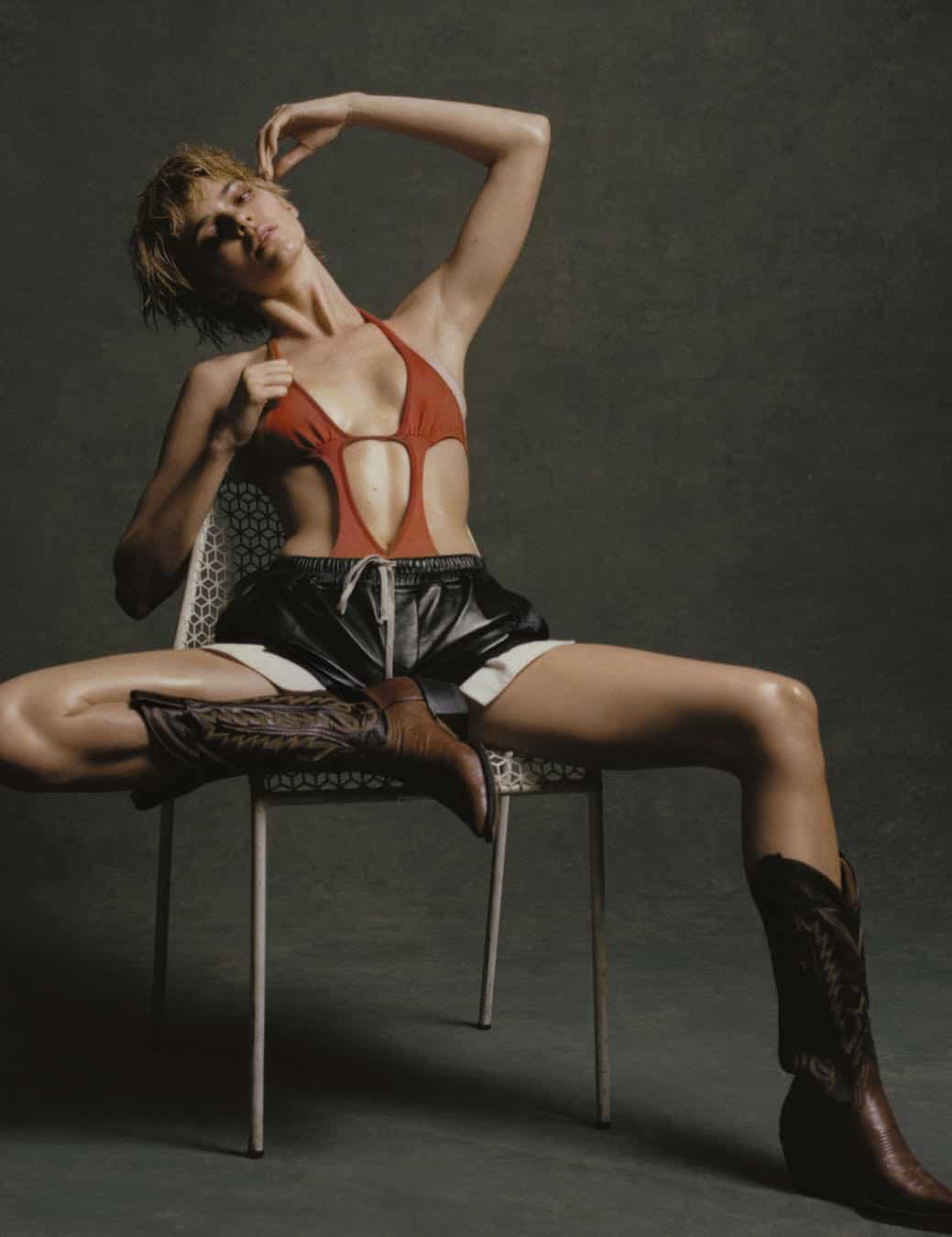 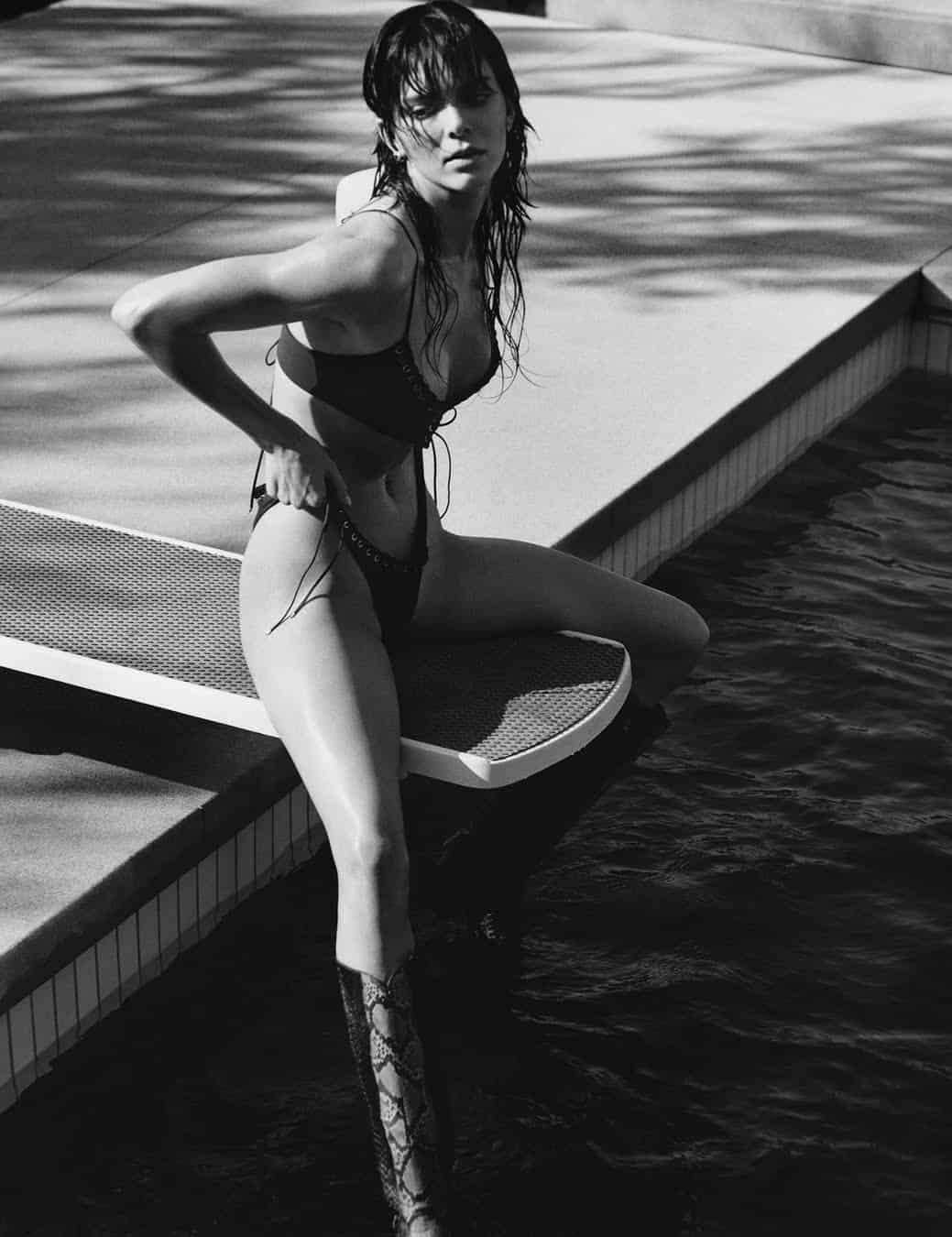 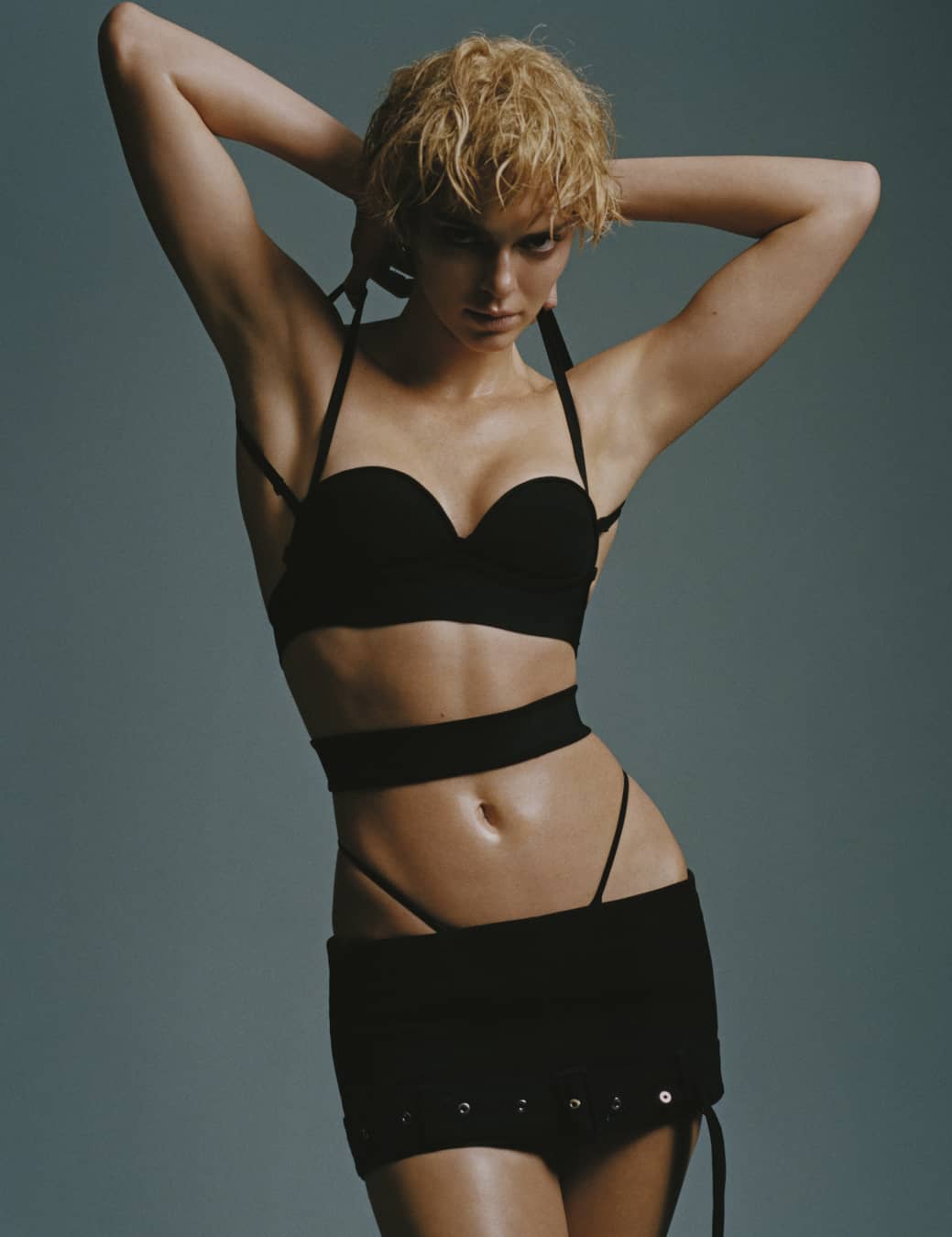 Rounding out Black History Month in style and ensuring fashion’s leading voices remain in the spotlight, Barbie has partnered with Harlem’s Fashion Row to celebrate the work of Hanifa, Kimberly Goldson, and Richfresh. The result is an editorial shoot with the Mattel icon herself, featuring mini replicas of the designers’ original works. Speaking to the message of diversity and representation that Harlem’s Fashion Row has been championing since 2007, the ~ lewks ~ will all be modeled on an array of dolls too. Of the opportunity to be involved, designer Anifa Mvuemba (of Hanifa) said: “Who didn’t love Barbie as a little girl?! I loved my Barbie Dream House with the most perfect elevator, it gave me the chance to dream in real life. I’m so thankful for this opportunity to connect to my childhood and I’m happy to see that little Black girls everywhere can see themselves starting with their favorite toy.” Designer Kimberly Goldson added: “I chose a look that personifies the KG aesthetic which is born of our Brooklyn culture and driven by luxury. She’s ready for Bed Stuy!” 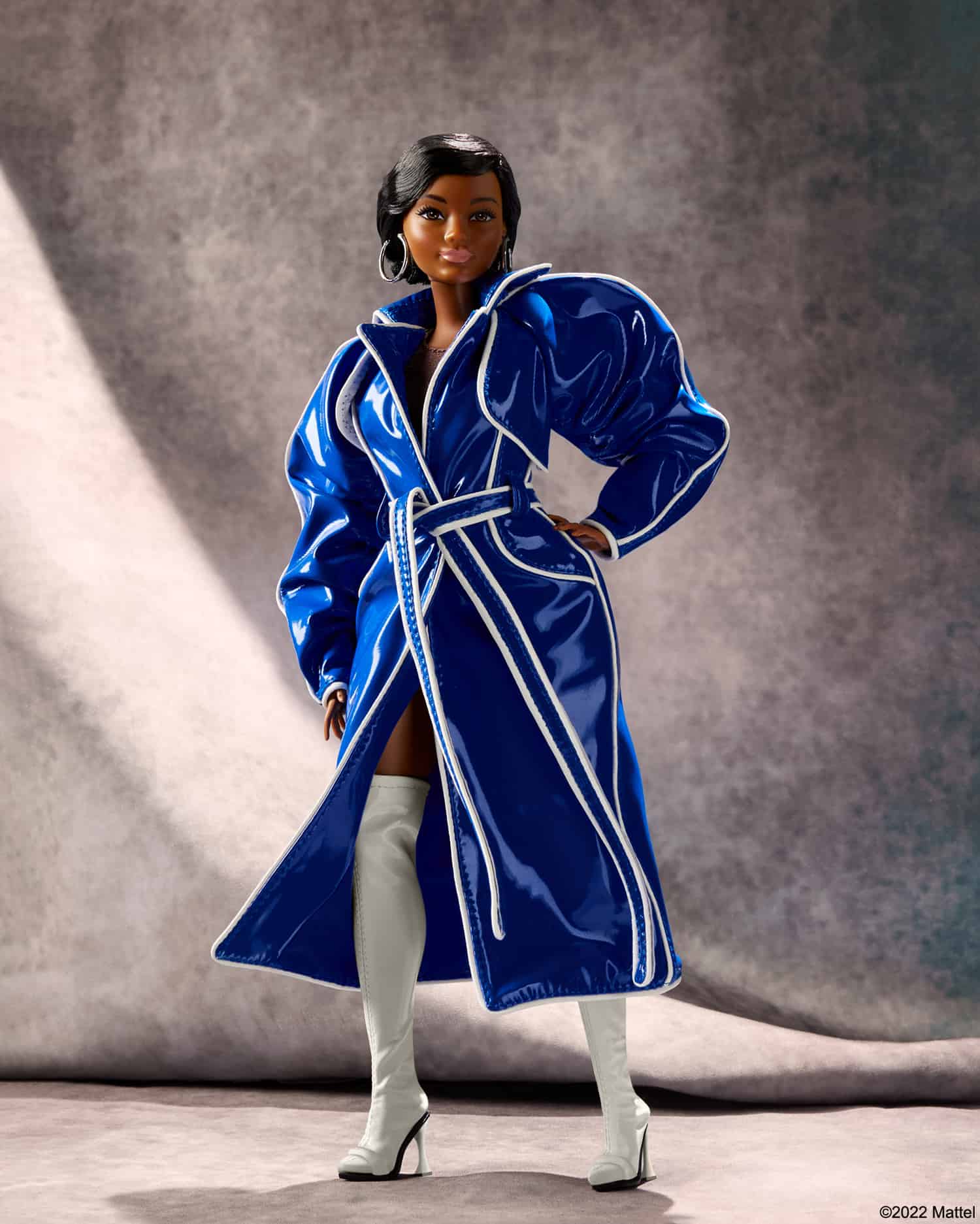 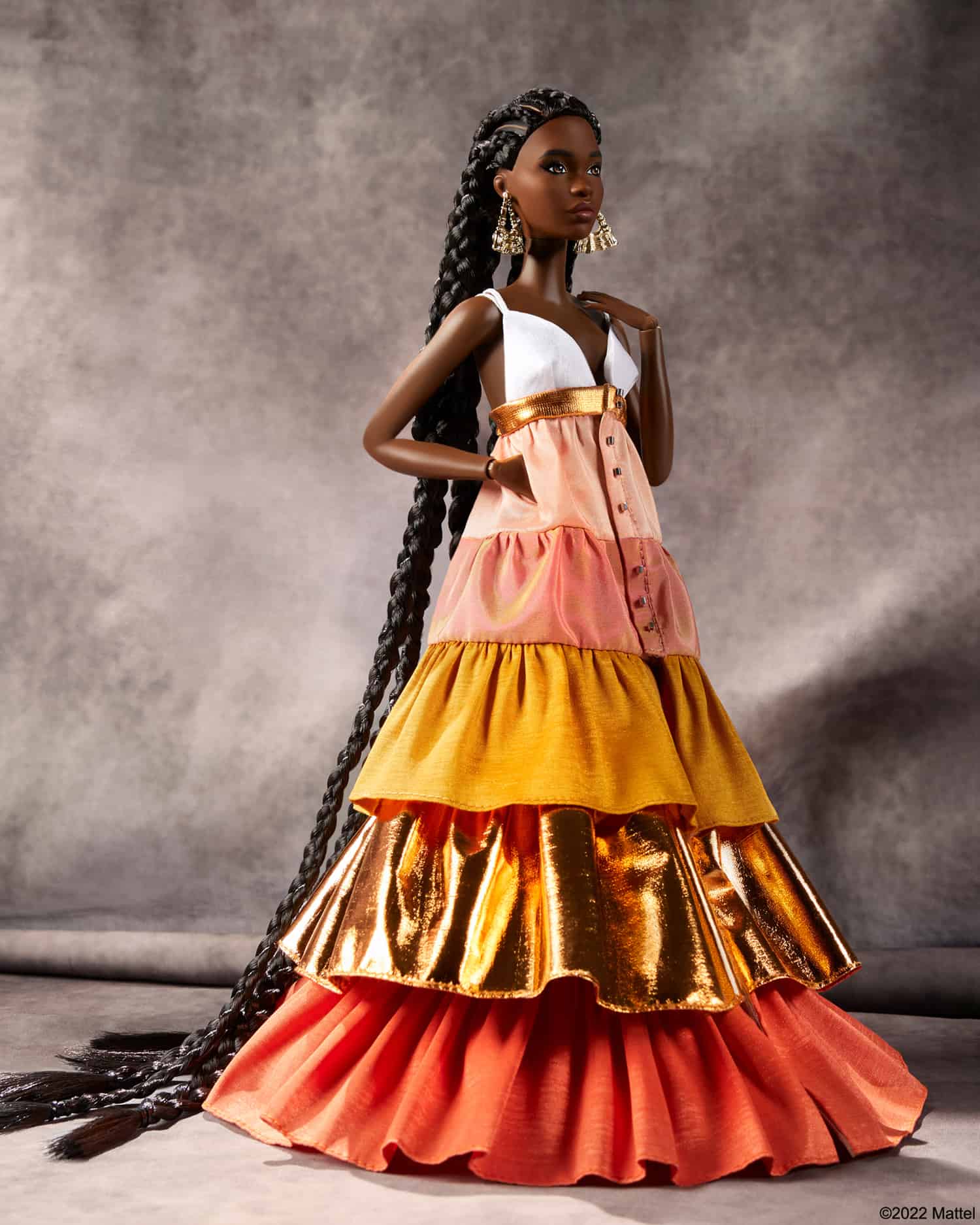 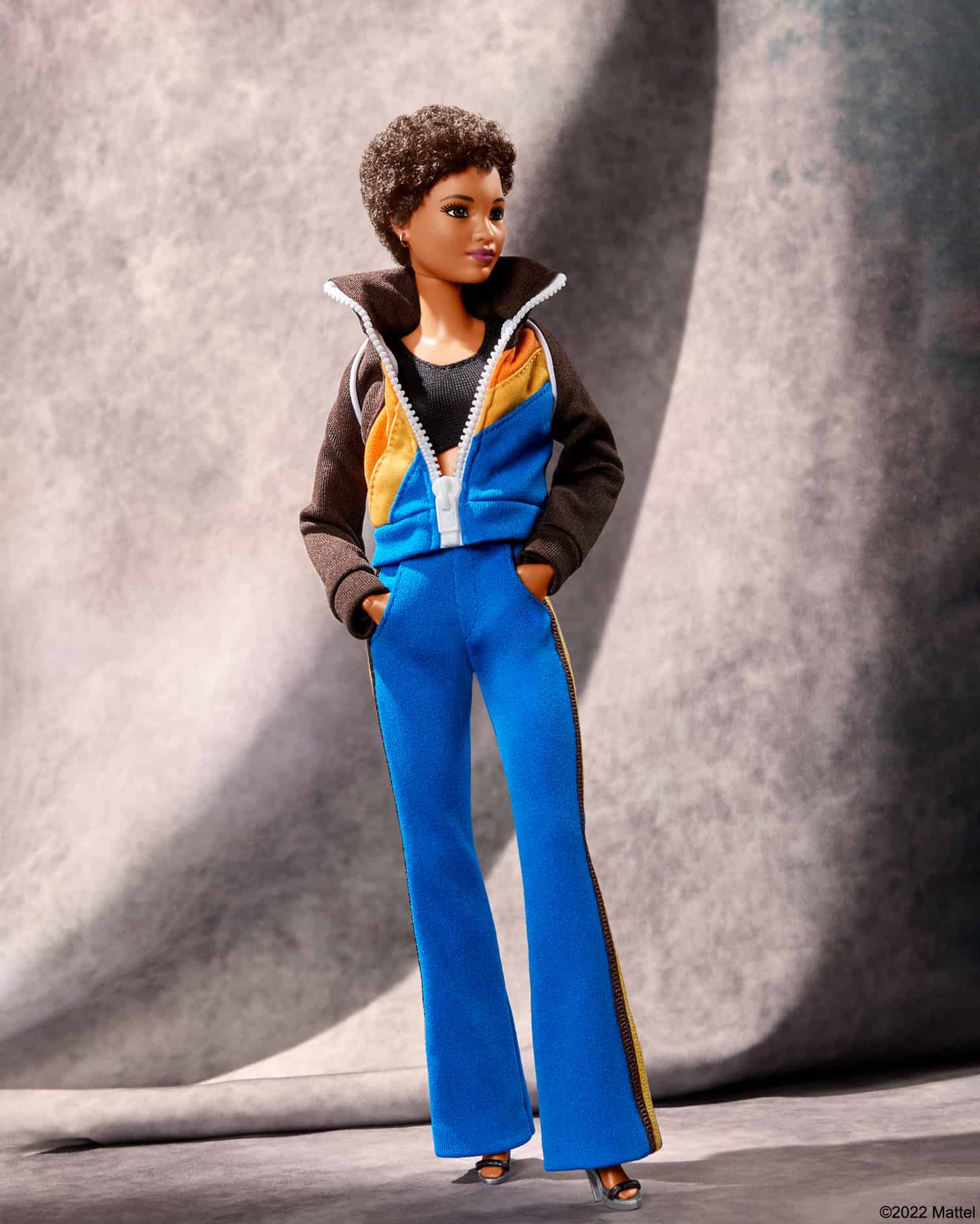 Congrats are in order for the Duke and Duchess of Sussex. Today, The NAACP and BET have announced that Prince Harry and Meghan Markle are to receive the prestigious President’s Award during The “53rd NAACP Image Awards,” which airs LIVE this Saturday, February 26, at 8PM EST and will feature a performance by Mary J. Blige and appearances by Issa Rae, Kerry Washington, LL Cool J, Michael Strahan, Morgan Freeman, Nikole Hannah-Jones, Paula Patton, Questlove, Samuel L. Jackson, Simu Lius, Tiffany Haddish, and Zendaya.

The President’s Award is presented in recognition of special achievement and distinguished public service (previous recipients including Muhammad Ali, Jesse Jackson, Colin Powell, Condoleezza Rice, LeBron James, Rihanna, Shawn “JAY-Z” Carter, Lauryn Hill, and Soledad O’Brien) and will nod to the couple’s ongoing commitment to equality, human rights, social justice, education, and encouraging transformational change. Alongside the announcement, The NAACP also announced it will team up with the Archewell Foundation, co-founded by The Duke and Duchess, to partner on a newly-created annual NAACP-Archewell Digital Civil Rights Award, announcing Dr. Safiya Noble as inaugural recipient. Derrick Johnson, president and CEO of the NAACP, said: “Not only do they continue to lead by example, The Duke and Duchess have also decided to inspire the next generation of activists through the NAACP-Archewell Digital Civil Rights Award, ensuring the support and recognition of generations of civil rights leaders to come.” Each year, the honoree will be awarded a $100,000 unrestricted stipend to be used to advance new work, expand leadership, and expertise, or continue to make an impact in the field.

Revolve is taking its hold it has on your Instagram feed and opening up a physical touch point, aptly named Revolve Social Club. According to Business of Fashion, the brand is set to debut a space in Los Angeles that will include a lounge, cafe, bar, Instagrammable photo walls, a gym and wellness center, and, of course, a retail store for the exclusive influencer-led brands it stocks. While certain amenities (think: the second floor which incorporates the gym and wellness offering) will be for members only, the retail aspect and café are open to everyone—and will even include complementary coffee and pastries with fashion purchases. The likes of Song of Style and Camila Coelho will be on offer on the racks, alongside major labels like Levi’s and Free People. No stranger to the world of activations, pop-ups, and influencer trips around the world, the multi-brand e-tailer reported $891 million in net sales in 2021. Michael Mente, co-CEO, explained that the club will be located on West Hollywood’s Melrose Avenue (where else!), and will begin as a three month concept although it will likely extend for a longer run.

Dany Garcia’s GSTQ is on the up and up. The Manhattan-based brand has cut the ribbon on its first-ever pop-up, now sitting pretty on Soho’s Mercer St. The apparel lifestyle, and entertainment brand, which has also just named athlete and author Robin Arzón as its inaugural ambassador, has been enjoying a surge in popularity online since its inception. And now, 2,500 sq ft pop-up, where there’s a slate of programing planned like a photography installation by Jennifer Johnson, in-store activations, shopping events, customizable garments, and personal appearances, will also feature a Flower Bodega installation. The store will remain open until March 19, so hurry

The Webster and MUGLER are teaming up

Luxury retailer The Webster is gearing up to unveil an exclusive partnership with MUGLER, with a new 10-piece capsule. The collection is composed of iconic silhouettes in the classic sought-after couture sport lycra that MUGLER is becoming synonymous with, reimagined in shades of blush as an ode to the retailer’s signature hue of pink. Form-fitting silhouettes, an optic contrast of sheer and opaque materials, and curving seams which create a look that is sexy, daring, and confident are all found in the capsule–characteristics which have become core to the MUGLER language under Casey Cadwallader. “We are so excited and honored to create this exclusive moment with Mugler, highlighting the beautiful, avant-garde, and most importantly, inclusive direction led by Casey,” says Laure Hériard Dubreuil, founder and CEO of The Webster. “This capsule was designed in mind to complement one’s natural beauty, a theme that both of our brands so profoundly resonate with.” We want it all! 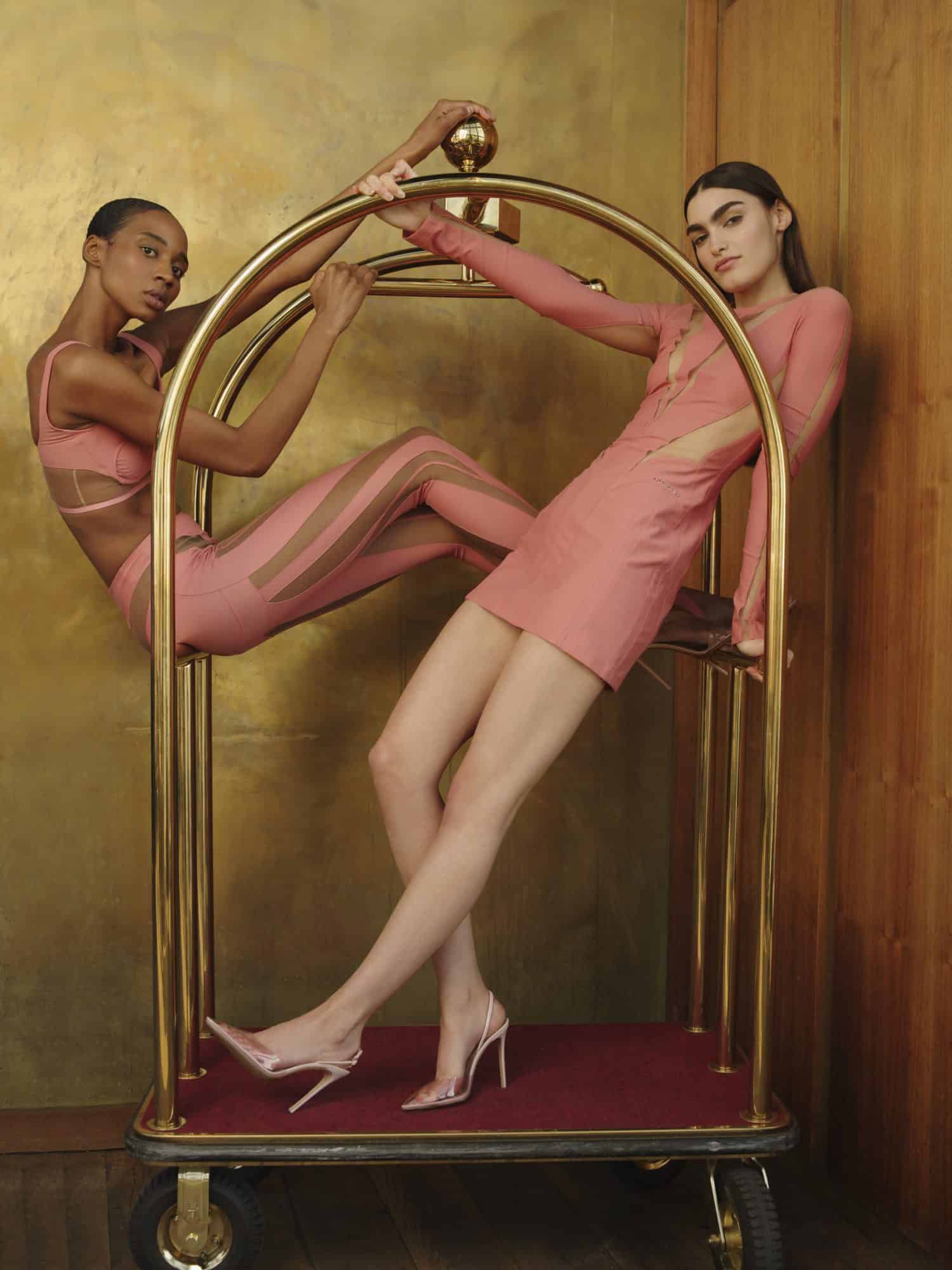 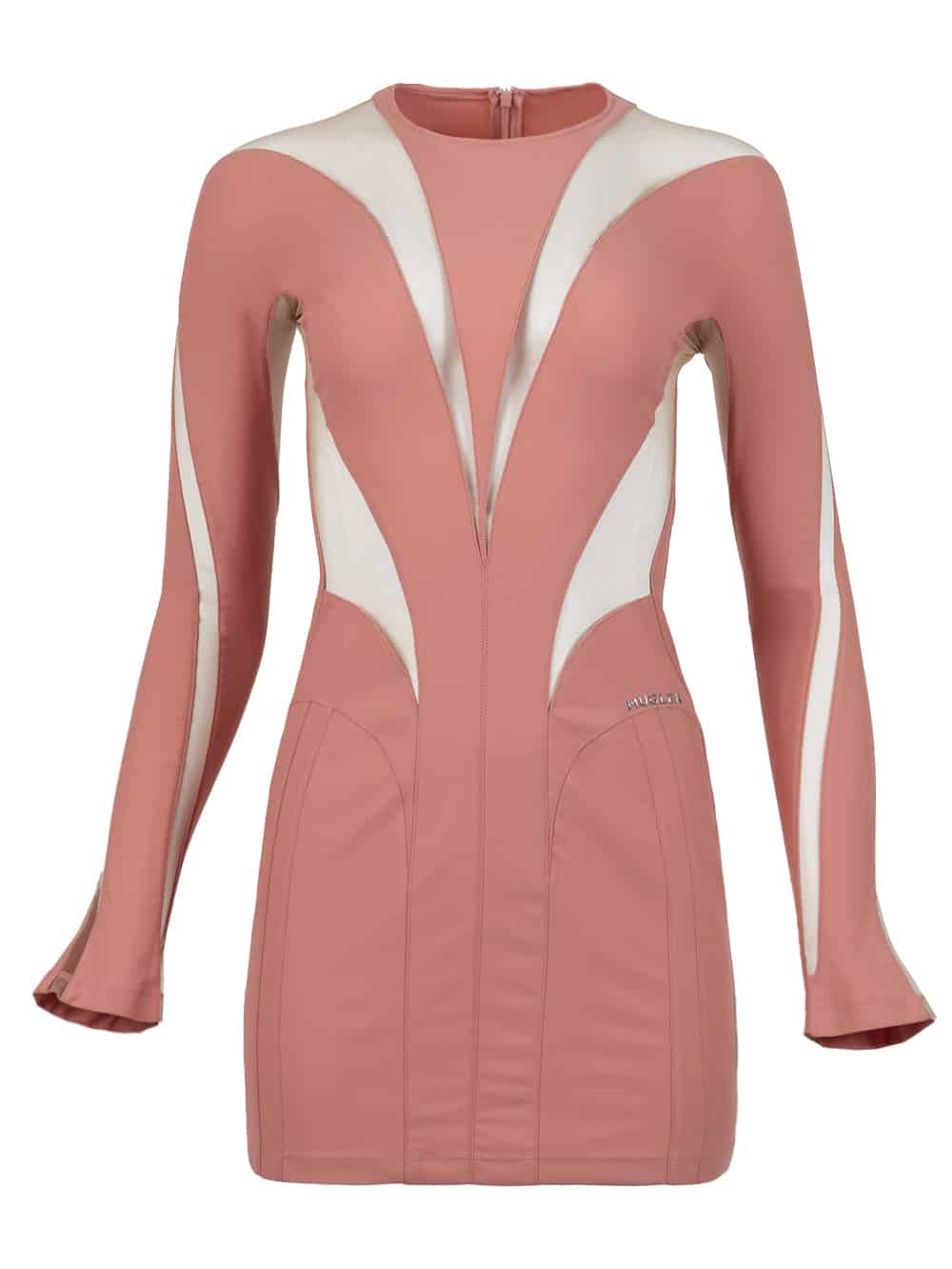 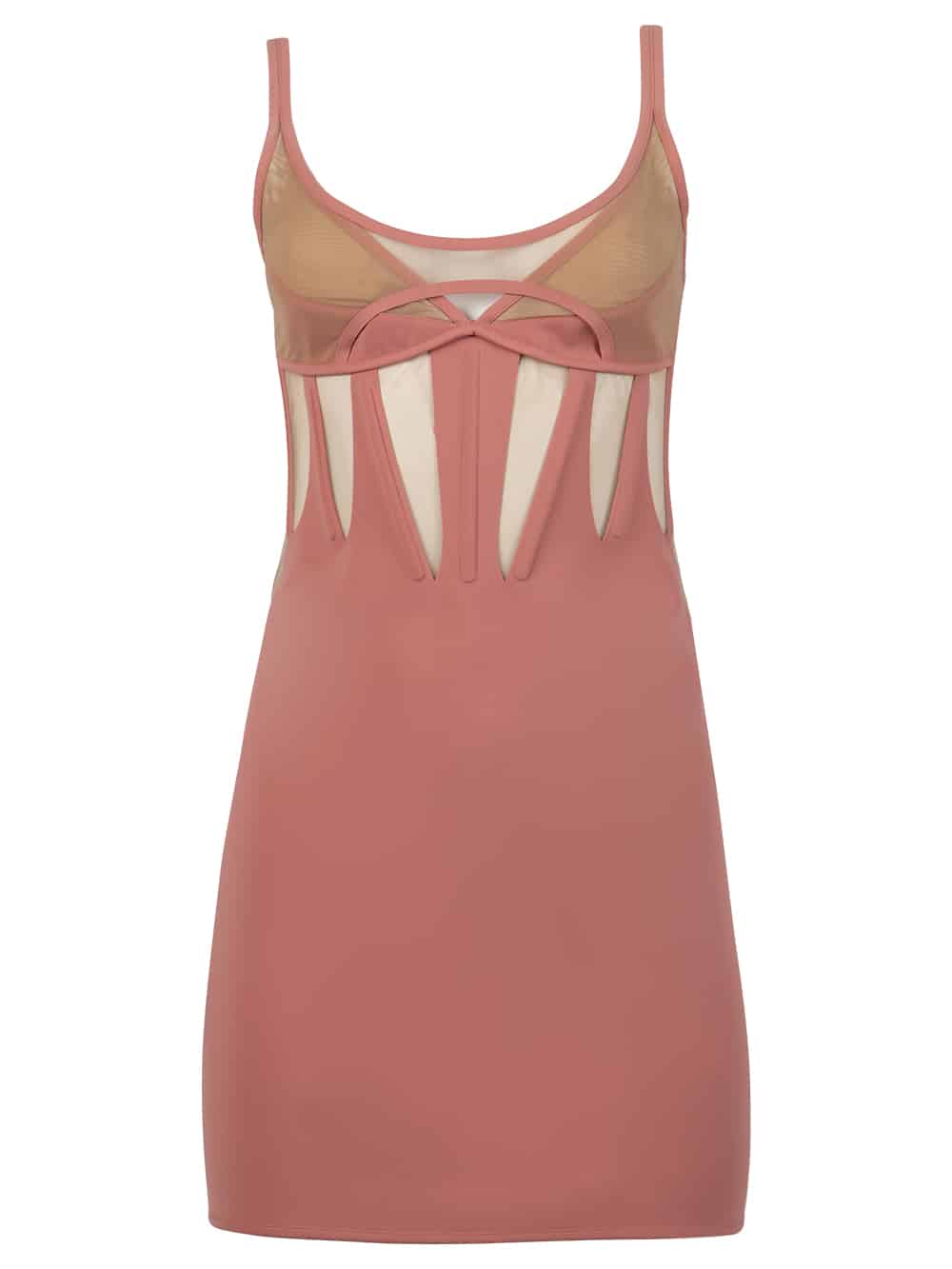 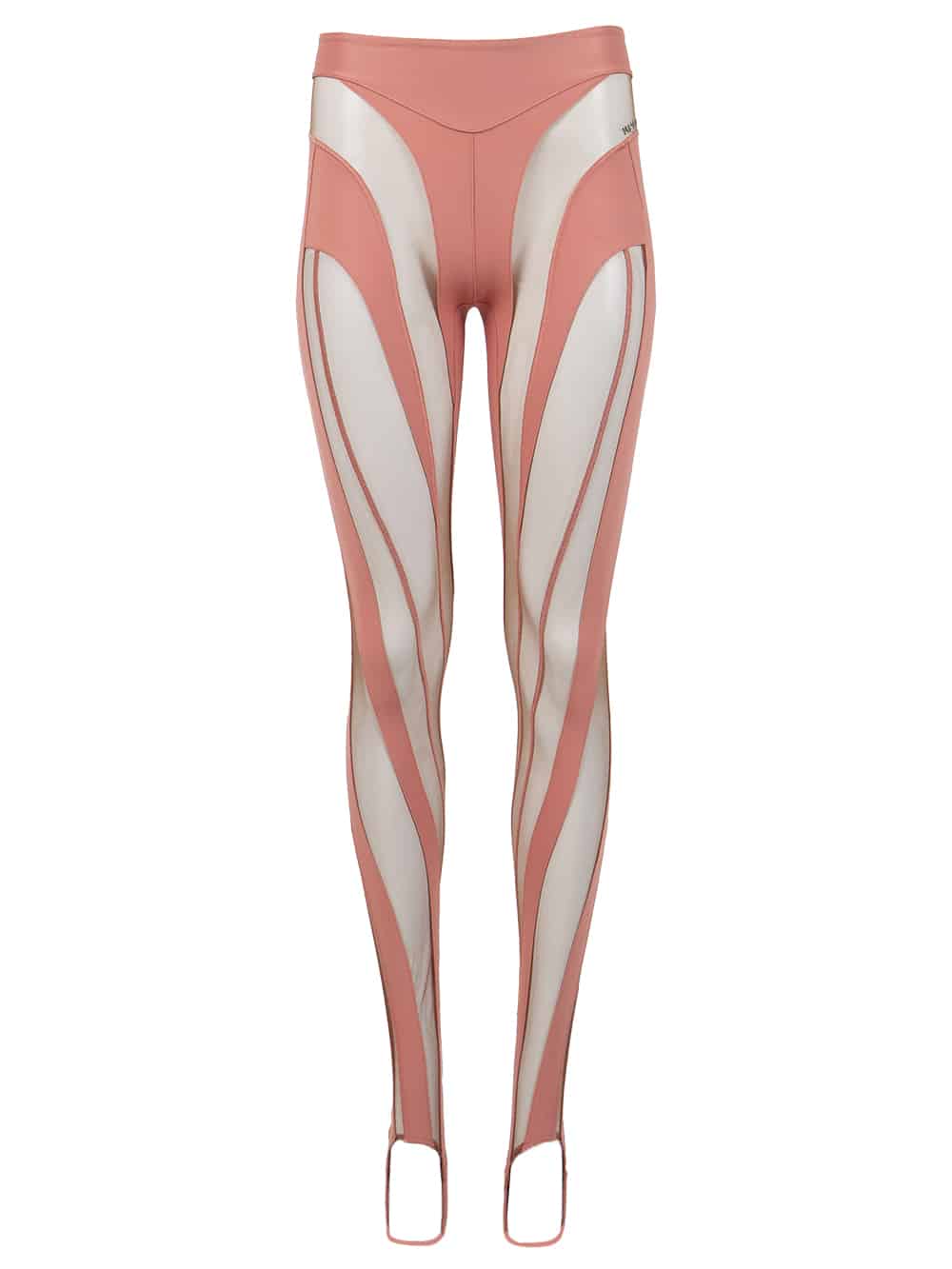 The Wolk Morais Diary: A Trip To The Arizona Biltmore

Where Are They Now? The Daily Alumni Edition!