Where Are They Now? The Daily Alumni Edition! 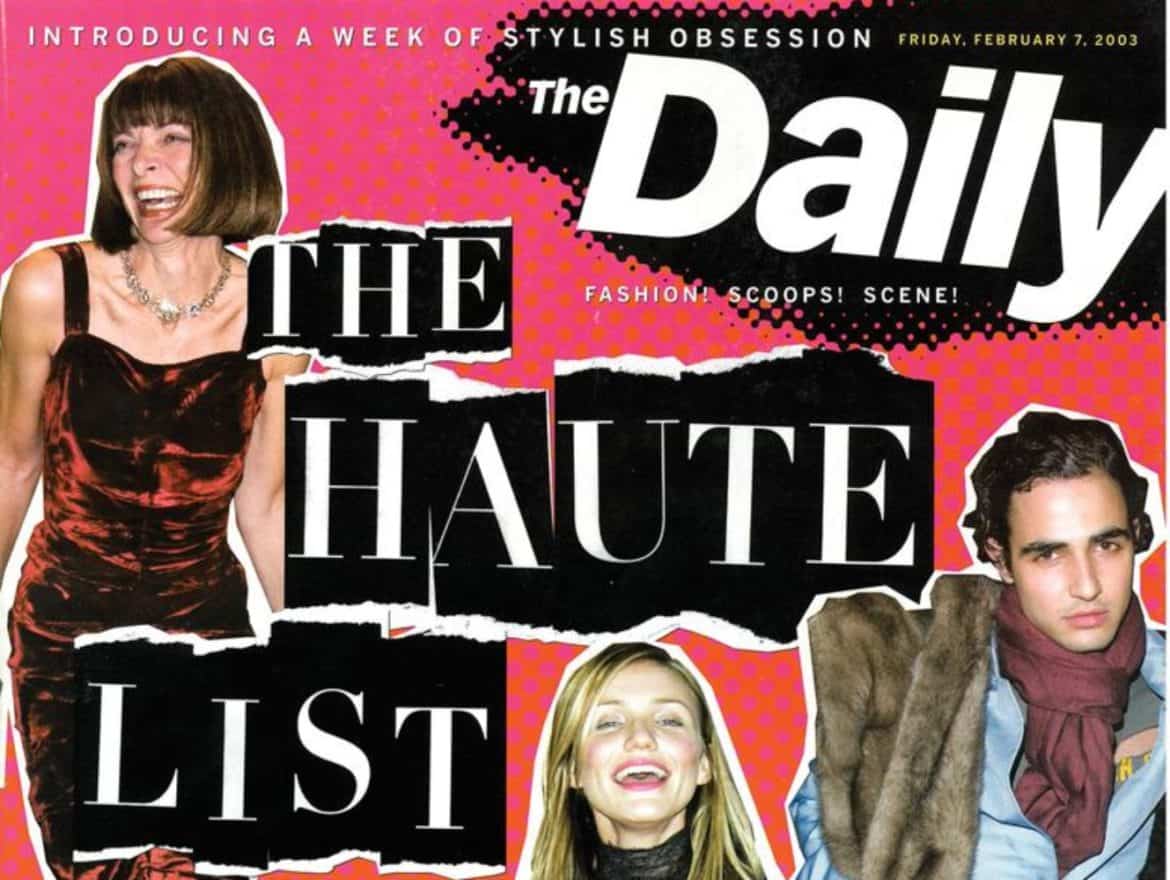 For two decades, major talent and colorful characters have helped shape The Daily—and boy, do they have the joie-filled and hilarious memories to prove it!

Then: Deputy Editor
Now: Writer and startup/brand advisor; co-founded Refinery29 in 2005, which was sold to Vice in 2019
Favorite Daily memory: “Meetings where we would discuss the most out-there story ideas imaginable. Nothing was off limits. Those discussions unlocked barriers I had about what makes a great story.”
Major names back then: “Sasha Pivovarova, Michael Kors, and Carine Roitfeld.”
Wildest stories: “I drove up to Vermont in a snowstorm to interview the original Mr. Big, Ron Galotti. I stayed at his home for a night, and wrote the cover story of what he was up to since he’d left New York. I loved the fashion universe story, where we assigned a designer or editor to each planet in the solar system. I believe Anna [Wintour] was the sun.”
I learned… “To trust and lean into my imagination and pay attention to what’s relevant in the world. And to allow myself or a piece to be funny—I’ll always be grateful to Brandusa for showing me that funny can be smart, serious, and thoughtful.” 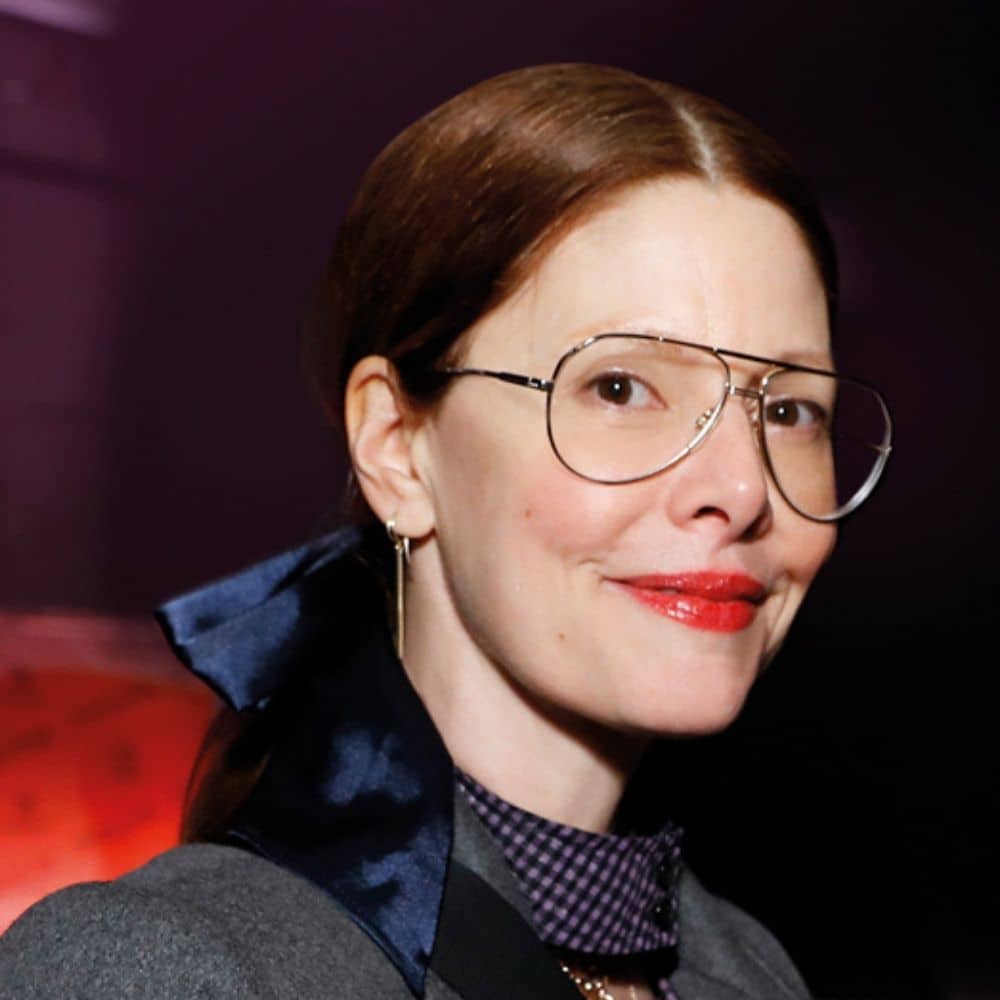 Then: Features Director
Now: Former EIC, L’Officiel USA; co-founder of Culture Counsel marketing and media company
I learned… “That you get the best scoops just listening to what people are saying in the front row. Stay off your phone, unless you’re recording.”
Wildest story: “I found out through my pal, Christian Louboutin, where Martin Margiela lives in Paris, and I went on a mission to find him. I asked Martha Stewart at a couture show what she thought Margiela looked like; she thought Margiela was a woman.” 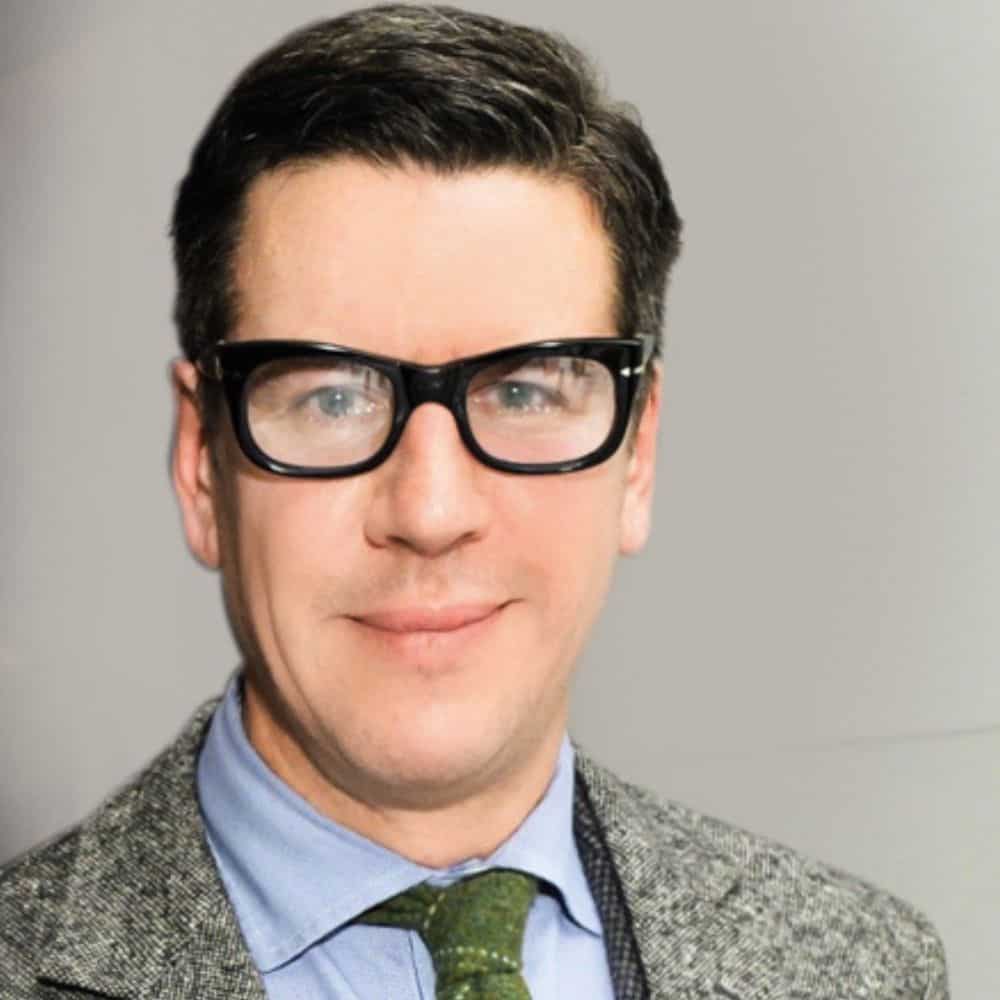 Then: Writer/Reporter
Now: Style and Beauty Editor, Los Angeles magazine
Favorite Brandusa memory: “Her honesty and no-BS approach. Everything she told me in terms of industry hunches, moves, and media buyouts always turned out to be true. The woman has uncanny antennae!”
I learned… “Not to take the fashion world too seriously. To laugh. To have fun with it all, even under intense pressure and deadlines. That the fashion business is both a party and deadly serious. That fashion people in New York, L.A., Milan, London, and Paris have strong personalities, great aesthetics, attitude, smarts, edge— and they all seem to know one another.” 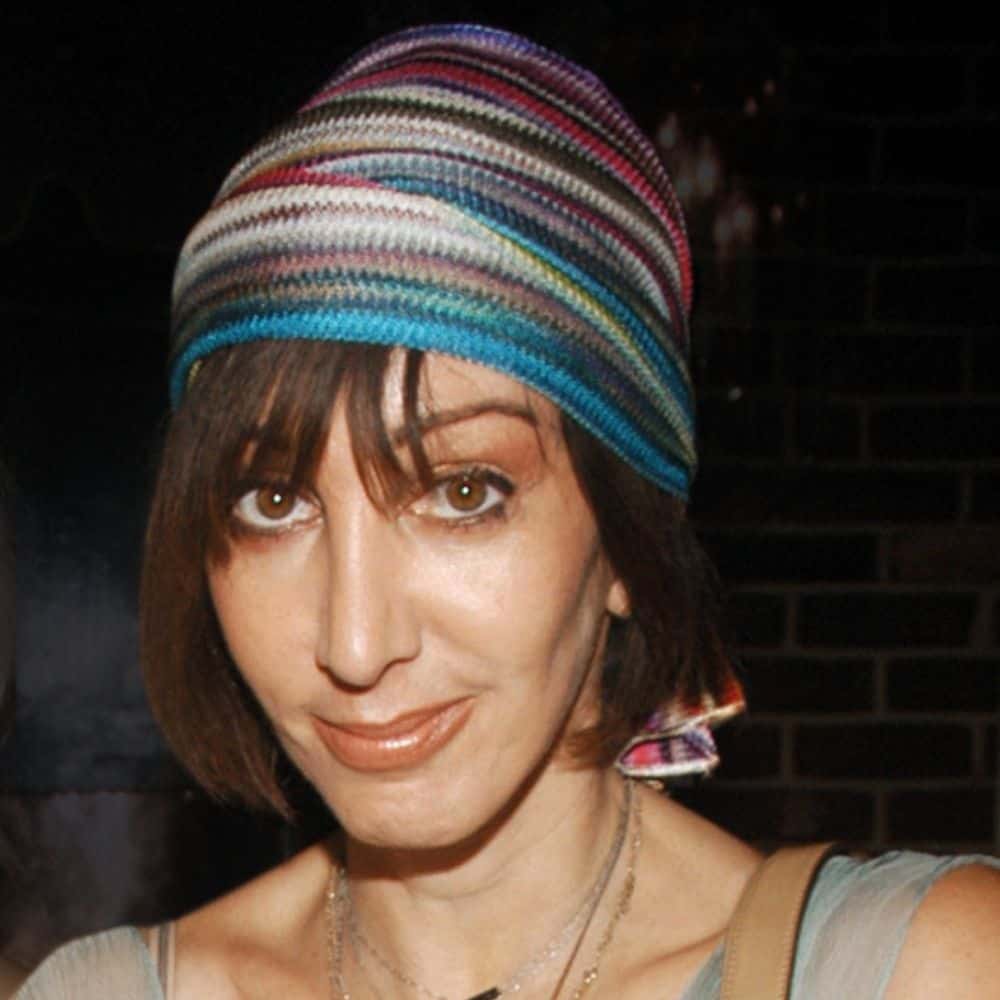 Then: Executive Editor
Now: Deputy Editor, Air Mail
Favorite Daily memory: “The ‘Chic Must Go On’ dinner we hosted at La Goulue in 2008, right in the middle of the financial crisis. There was so much uncertainty and fear in the industry, but Brandusa was determined that we would all get through it.”
Favorite Brandusa memory: “One Fashion Week in Milan, she insisted we hit all her favorite restaurants in between shows. Her Italian friends manifested on every corner and were so happy to run into her that every meal turned into an hours-long conversation, with plenty of pinot grigio.”
Most memorable show: “Alexander McQueen’s last show during Paris Fashion Week. It had been a long and difficult day, ping-ponging all over the city and filing reviews on my Blackberry. McQueen was late at night and getting there was hellish. But the show was magic; I can still replay it in my mind.” 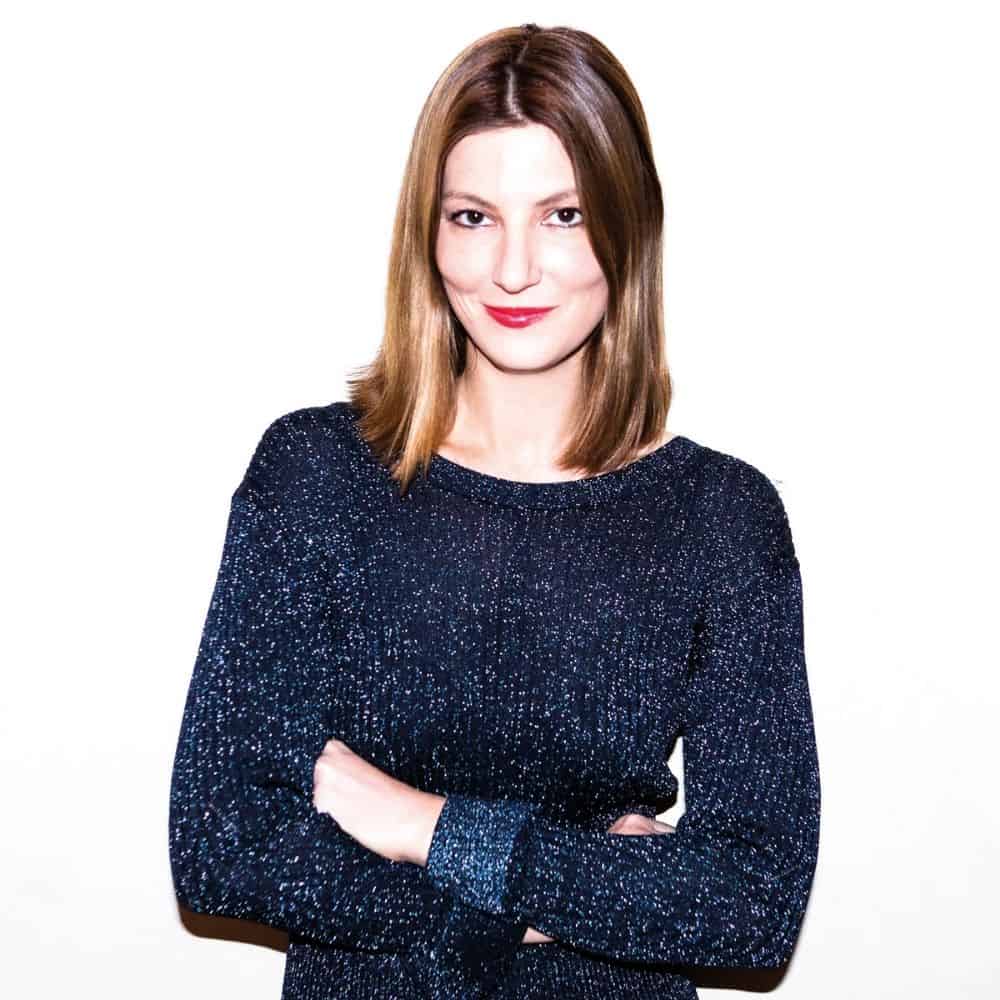 Then: Senior Editor
Now: Trauma psychotherapist
Most memorable show: “I mistakenly wore sky-high platform heels. When I was crossing the runway pre-show to interview André Leon Talley, I fell and landed at his feet. He asked me where I was from and I nervously said, ‘Columbus, Ohio!’ to which he rolled his eyes and replied, ‘No, child, what publication?’ ”
I learned… “Sticking a recorder in a stranger’s face and asking them uncomfortable questions surprisingly set me up well to be a therapist.” 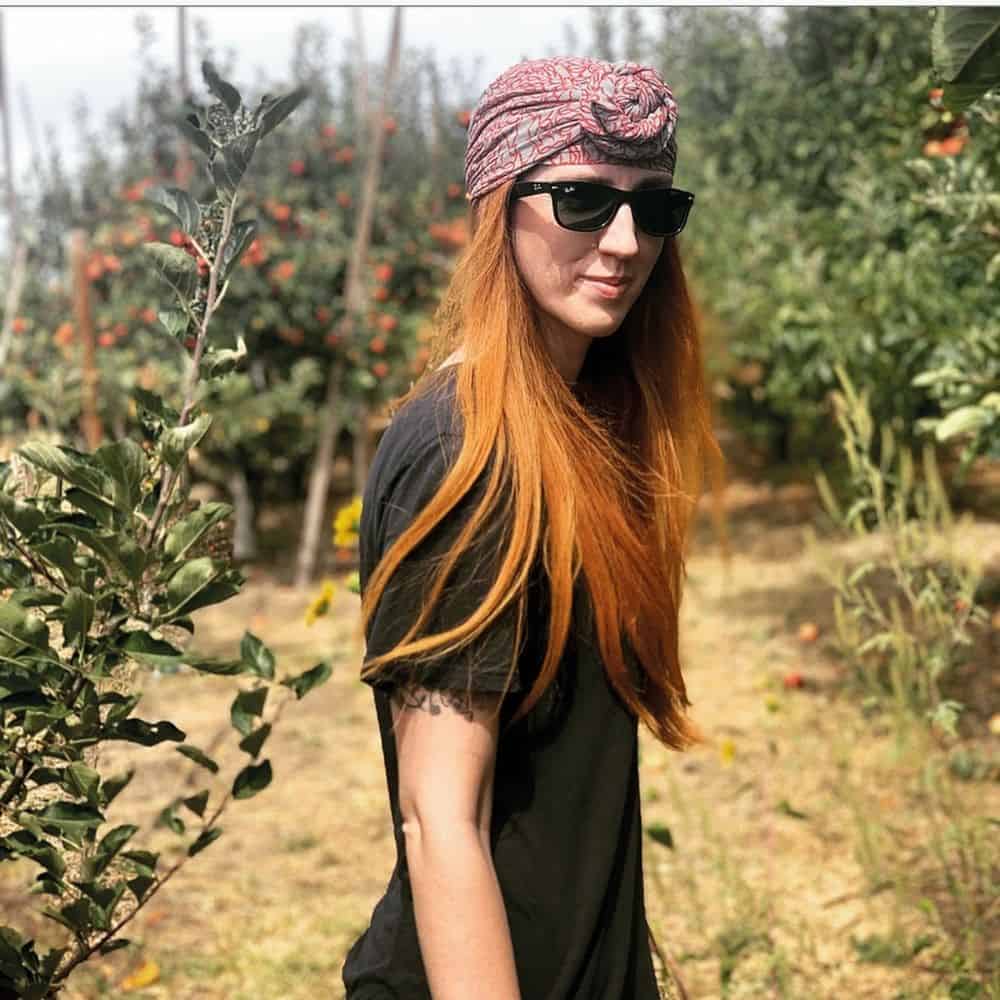 Then: Fashion Director
Now: Senior Media and External Relations Advisor, Barbara Bush Foundation for Family Literacy
A typical Daily day: “Brandusa hand-feeding my dachshund, Dieter, pulled-pork sandwiches every day while he laid on top of her fur coat!”
Favorite Brandusa memory: “Calling from Paris at 4 a.m. crying because my credit cards wouldn’t work and I was trying to check out and fly to Milan. The hotel receptionist was yelling at me in French. B calmly said, “Hello, darling. Uncle Giorgio will handle your payment and this ridiculous man,” and handed the phone to her husband, Giorgio, who helped me through the ordeal. I’m presuming she just put her eye mask back on and went to sleep.”
Wildest story: “I went to Tom Ford’s apartment in Milan. When I went to leave, I went flying down two flights of freshly polished stairs! He just sighed, came down, and picked me up. Wildly embarrassing!”
I learned… “So much. Brandusa was an incredible mentor. She was our boss, mom, and friend. She’s a fearless leader who taught us to push ourselves and have a lot of fun along the way.” 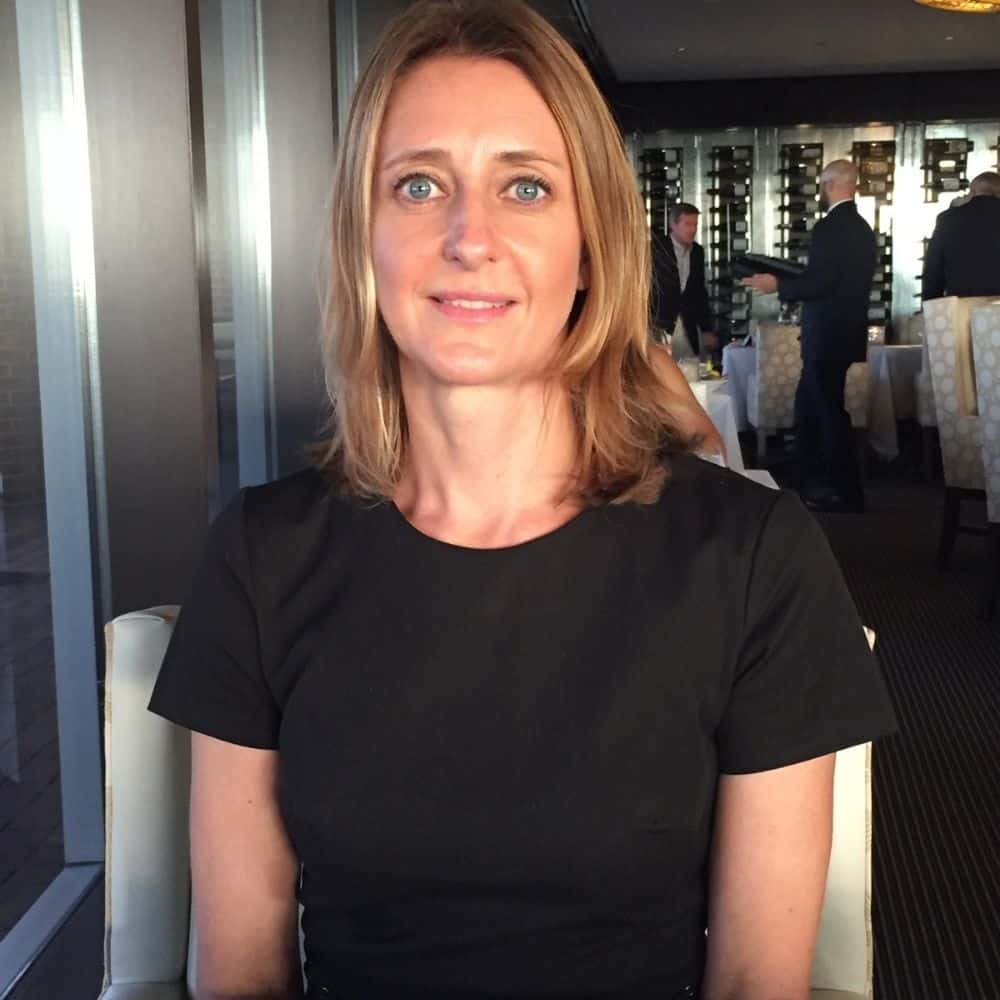 Then: Writer/reporter
Now: Editorial Director at LOFT
Favorite Brandusa memory: “Her being absolutely beside herself after the Chanel fall 2010 show—the one where Karl brought an actual iceberg into the Grand Palais: ‘Heaven! Divine!’ ”
Wildest story: “To commemorate the 20th anniversary of Halston’s death, I interviewed Halston himself—via a medium. He wasn’t thrilled about the label’s revival.” 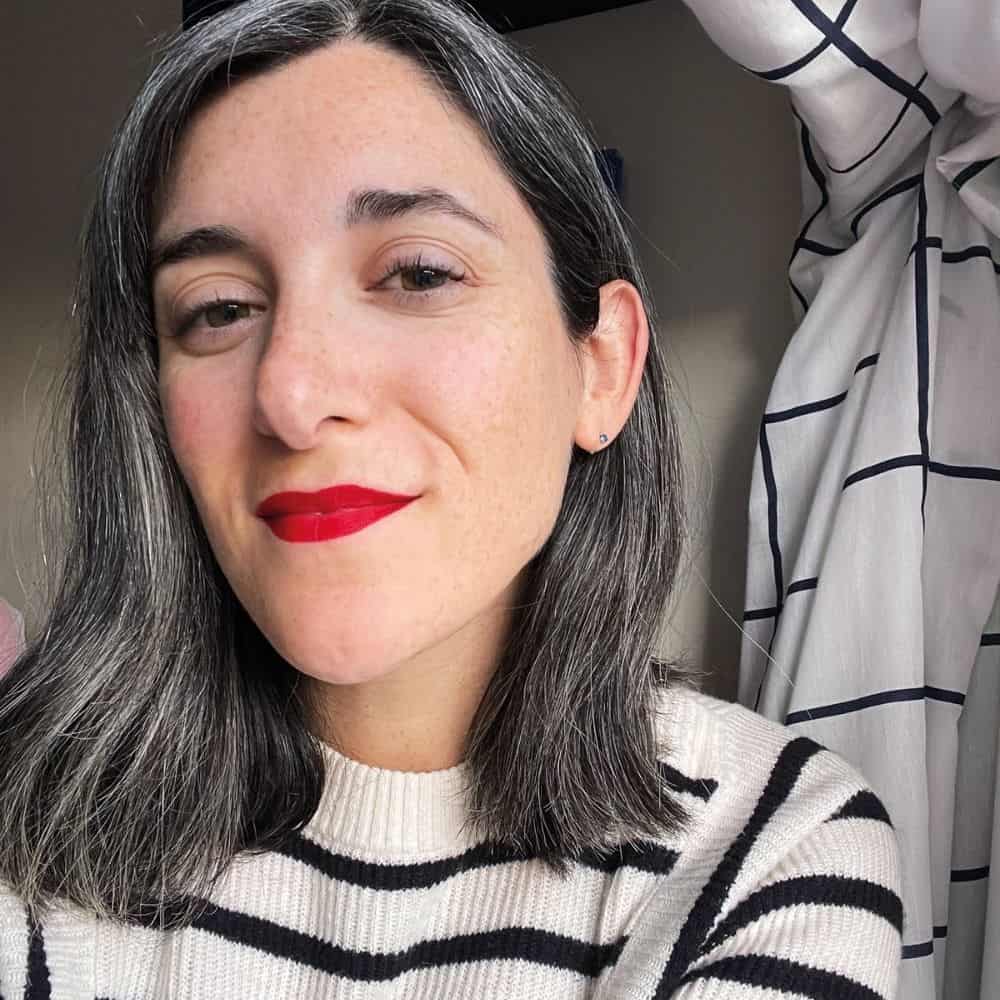 Then: Executive Editor
Now: Founder of Bureau X food consultancy
Favorite Daily memory: “Working with amazing journalists like Mark Jacobs, J.J. Martin, and Elisabeth Franck-Dumas, and designers like Michael Picon to create what was like the Spy magazine of fashion. We would prank call The Times! Or we would write headlines like, ‘Me So Horyn.’ I can’t believe what we got away with!”
Most memorable show or party: “Um, I was the one coming in at 6 a.m. during Fashion Week to make sure it was ready for the printer in time!” 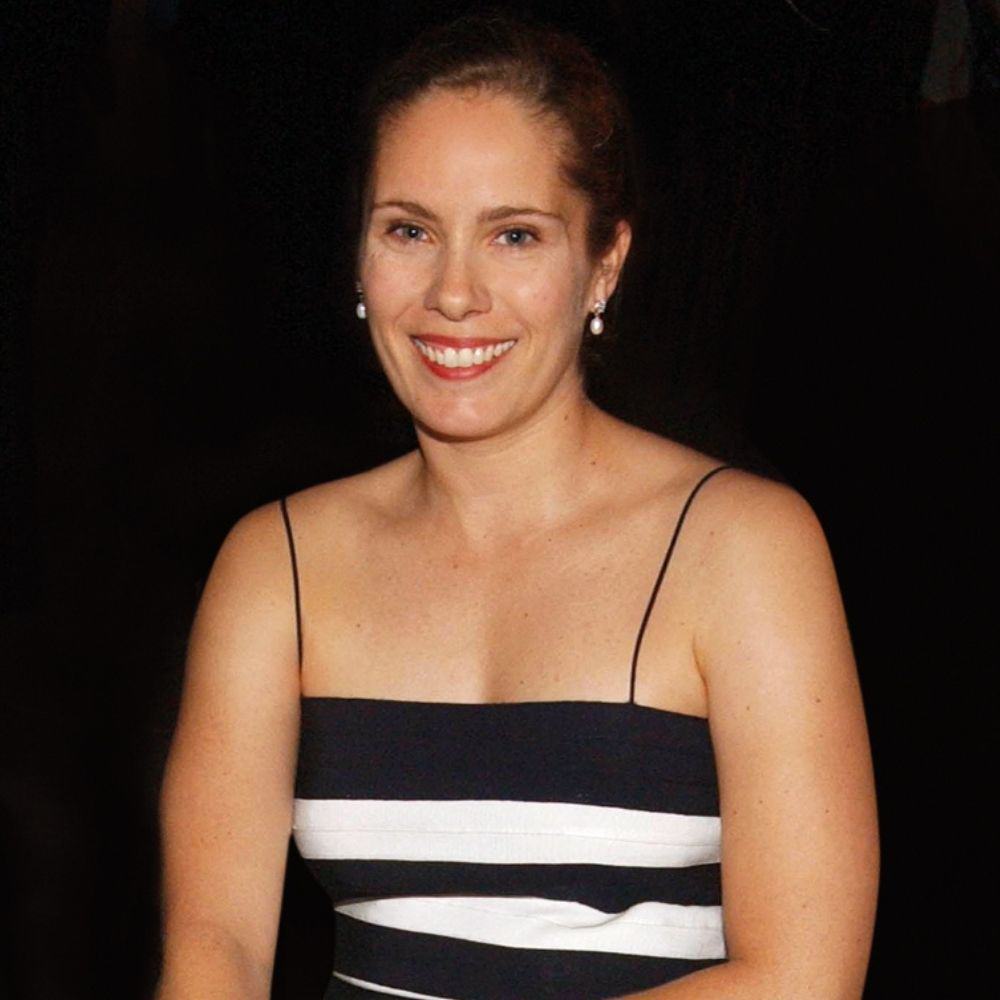 Then: Writer/Reporter
Now: Freelance writer and editor
Wildest story: “Taking a firearm-safety class while wearing Louboutins to interview Michael Bastian at a shooting range (our idea, not his). He hit the bull’s-eye every time!”
Fashion Month survival strategy: “Never turn down a passed appetizer, and always turn down champagne.” 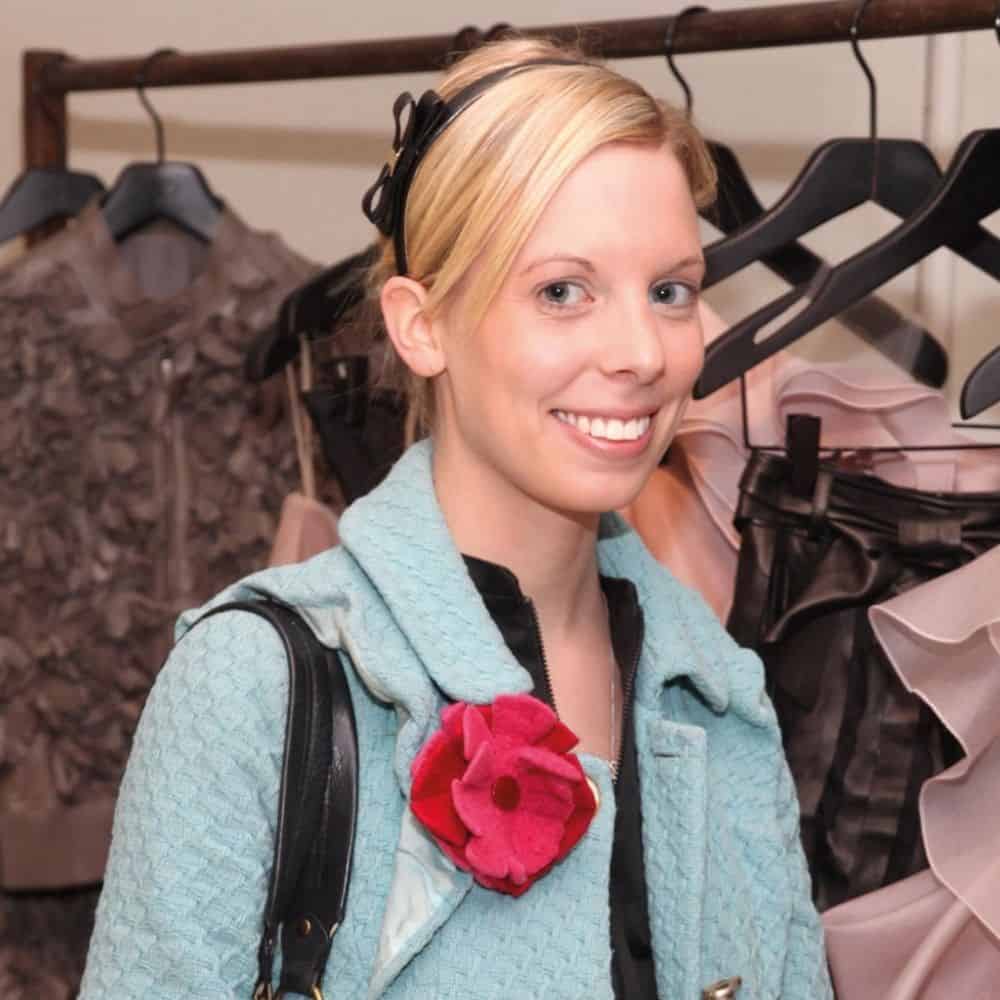 Then: Executive Editor
Now: “While at The Daily, I started making illuminated dioramas and lighting, and have my first museum show this spring at the Vanderbilt Museum. I was previously global creative director of Casamigos tequila, which I’ve since left to launch my own spirit— Hamilton Vodka—coming this summer.”
Memorable moment: “Ivan Bart bringing a nervous young colt named Gigi [Hadid] to meet the staff, and sweet-talking Brandusa into giving her a cover!”
Wildest story: “George Gurley’s ‘Who’s Who at the Beatrice Inn,’ which earned him a lifetime ban from [co-owner] Paul Sevigny, was pretty wild. Paul would only let him back in if he was wearing a clown suit, which he did. We rented it for him and sent a photographer, naturally.”
I learned… “That it only takes eight people to make a daily magazine if all of them are insane.” 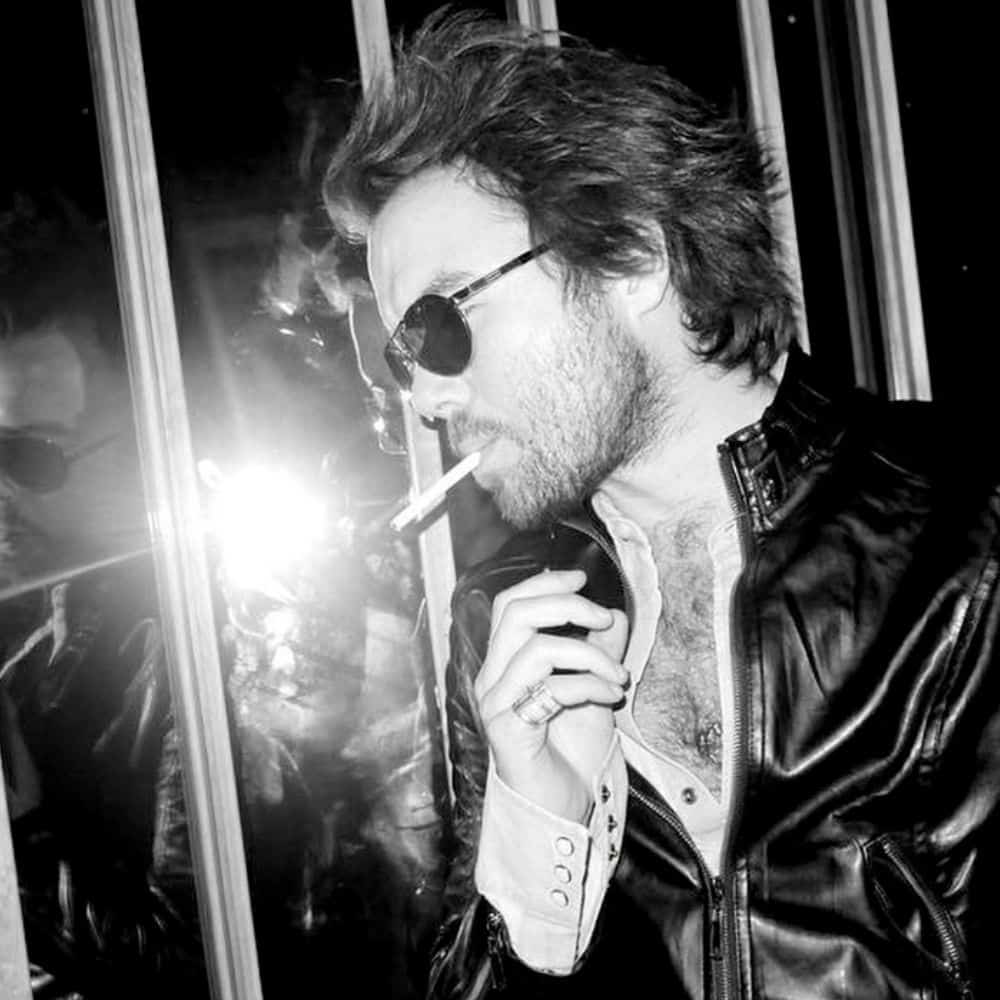 Then: Staff Writer
Now: Writer; Contributing Editor at Elle; Editorial Director at Wild Elements
Favorite Brandusa memory: “She is one of the best editors I’ve ever had. I don’t think she gets enough credit for the word magic that happens every season—and that’s later copied by every fashion kid with an
Instagram account!”
Most memorable party: “An after-after party that consisted of me and Paris Hilton sitting on the kitchen counter at Claridge’s hotel in London at 5 a.m. eating French toast after Camilla al-Fayed’s 21st.”
I learned… “Listening—not talking—is the best way to lead a conversation.” 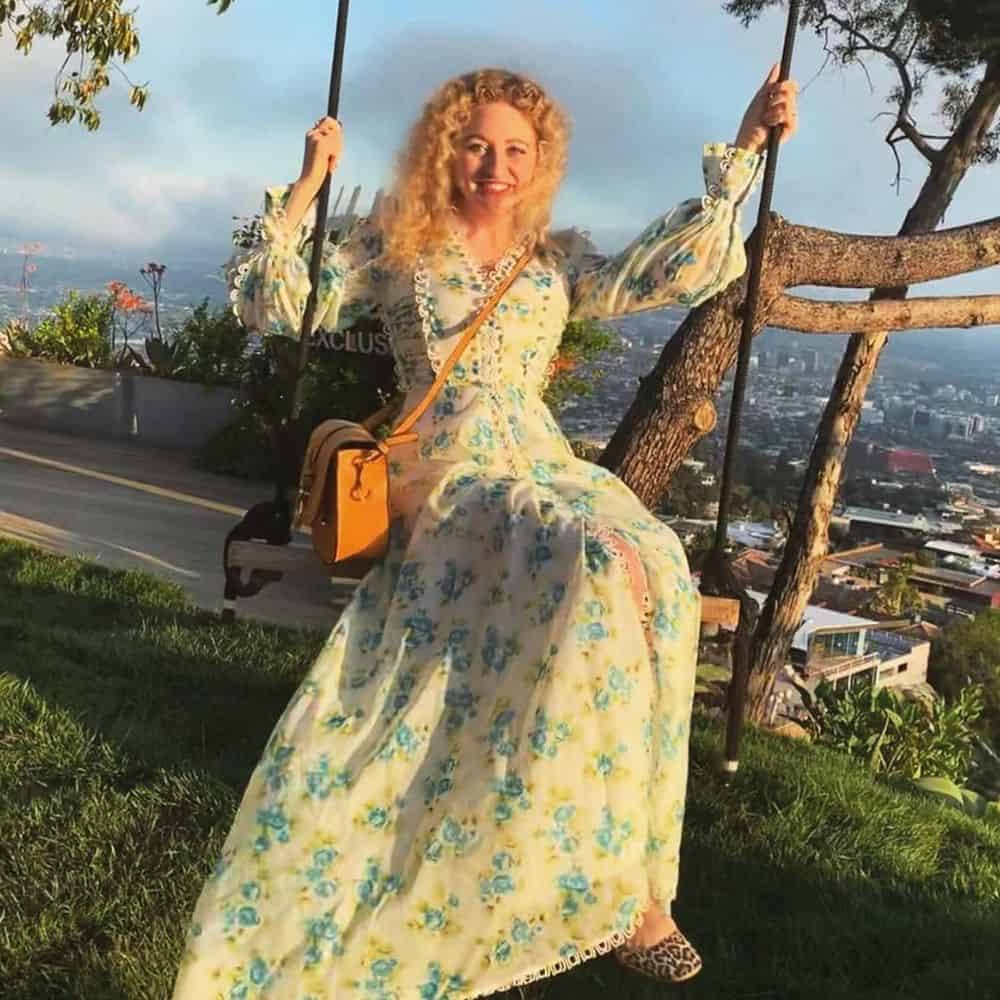 Then: Associate Fashion News Editor
Now: Global Head of Brand Experiences & Engagement, Twitter
Favorite Daily memory: Covering the Marc Jacobs show on the last night of NYFW in February 2008. I had pneumonia and a 103 degree fever but there was no bowing out! The next evening I was sent to Milan and Paris for the first time on 10 hours notice.
Most memorable party: Standing on a banquette with Rihanna and Karl Lagerfeld watching Amy Winehouse perform at a Fendi party in Paris was a moment I will never forget.
Wildest stories: I interviewed Madonna on the back of a cocktail napkin! She was hosting a gala at the UN and The Daily was the only publication allowed inside. I took out my tape recorder to ask questions but the batteries were dead! I never left home without a notebook again. Interviewing Grace Mirabella in her Park Avenue apartment was iconic. I also once made chili with Lela Rose. I use her recipe to this day! 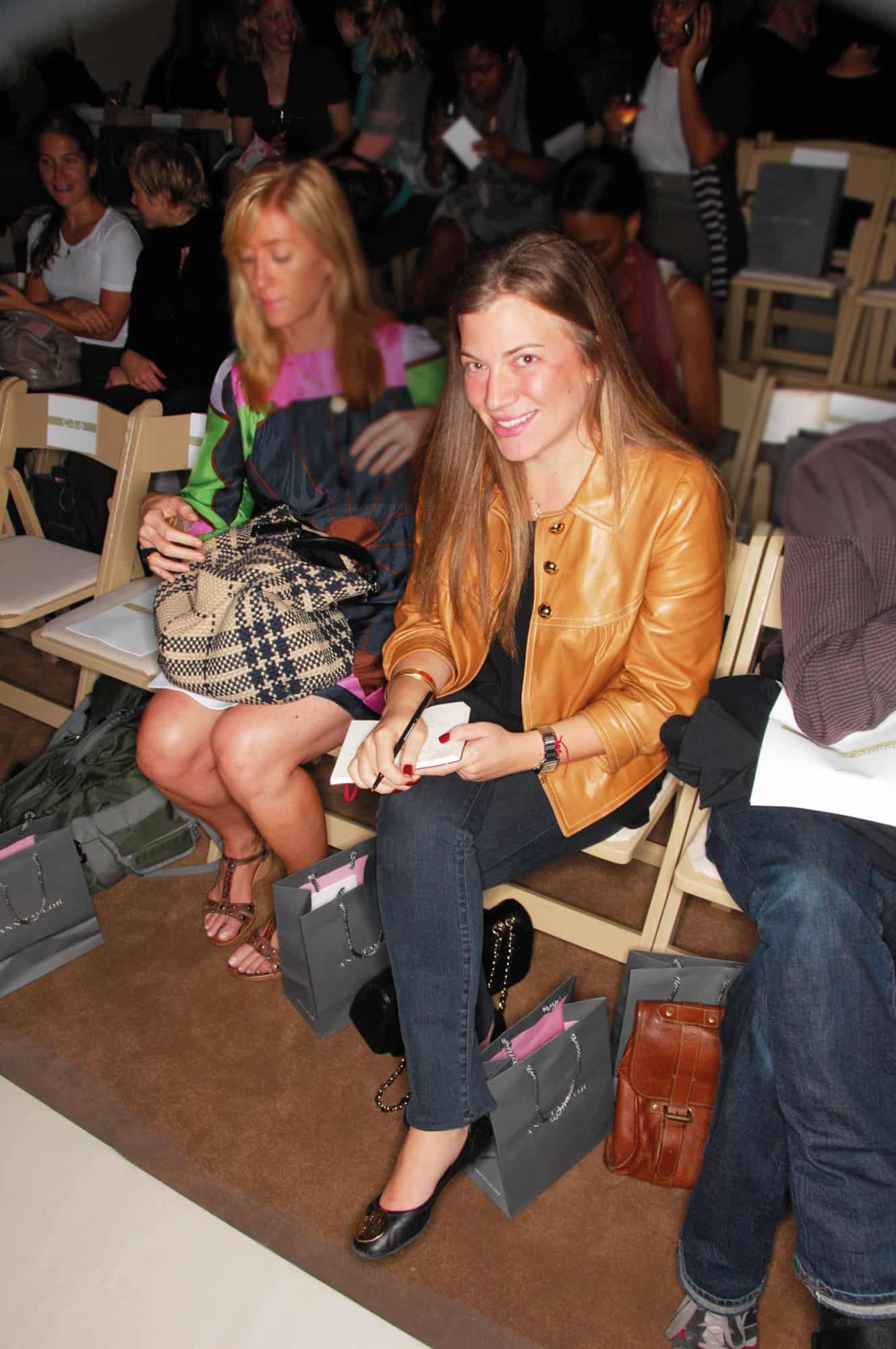 Then: Fashion Editor; Fashion News Editor
Current role: Watch & Jewelry Editor at Robb Report
Favorite Daily memory: Ashley Baker and I dressed up in DIY Balenciaga outfits created using eBay finds, dance leotards, leggings, grocery bags, and an old North Face jacket, and went to lunch at Fred’s at Barneys for a story. André Leon Talley happened to be dining and you should have seen the look on his face! It still makes me scream laughing.
Favorite Brandusa memory: Brandusa has the best sense of humor and joie de vivre. She literally is The Daily. I will never forget how kind she was when my father passed away just a week before NYFW 2017. I will always be eternally grateful to her for that.
Most memorable parties: Versus Versace’s party celebrating guest designer Anthony Vaccarello in fall 2014, with Donatella, Nicki Minaj, Jennifer Hudson, Naomi Campbell and Rihanna. The pinnacle was Carine Roitfeld’s CR Fashion Book party in Paris during PFW. When Karl Lagerfeld made his late-arrival entrance with his hot male entourage, I have never seen so many A-listers and editors flock en masse to fawn like hysterical boy band fans.
NYFW survival strategy: There is none! You run on pure adrenaline until you have circles under your eyes, so dark they rival Pete Davidson’s. 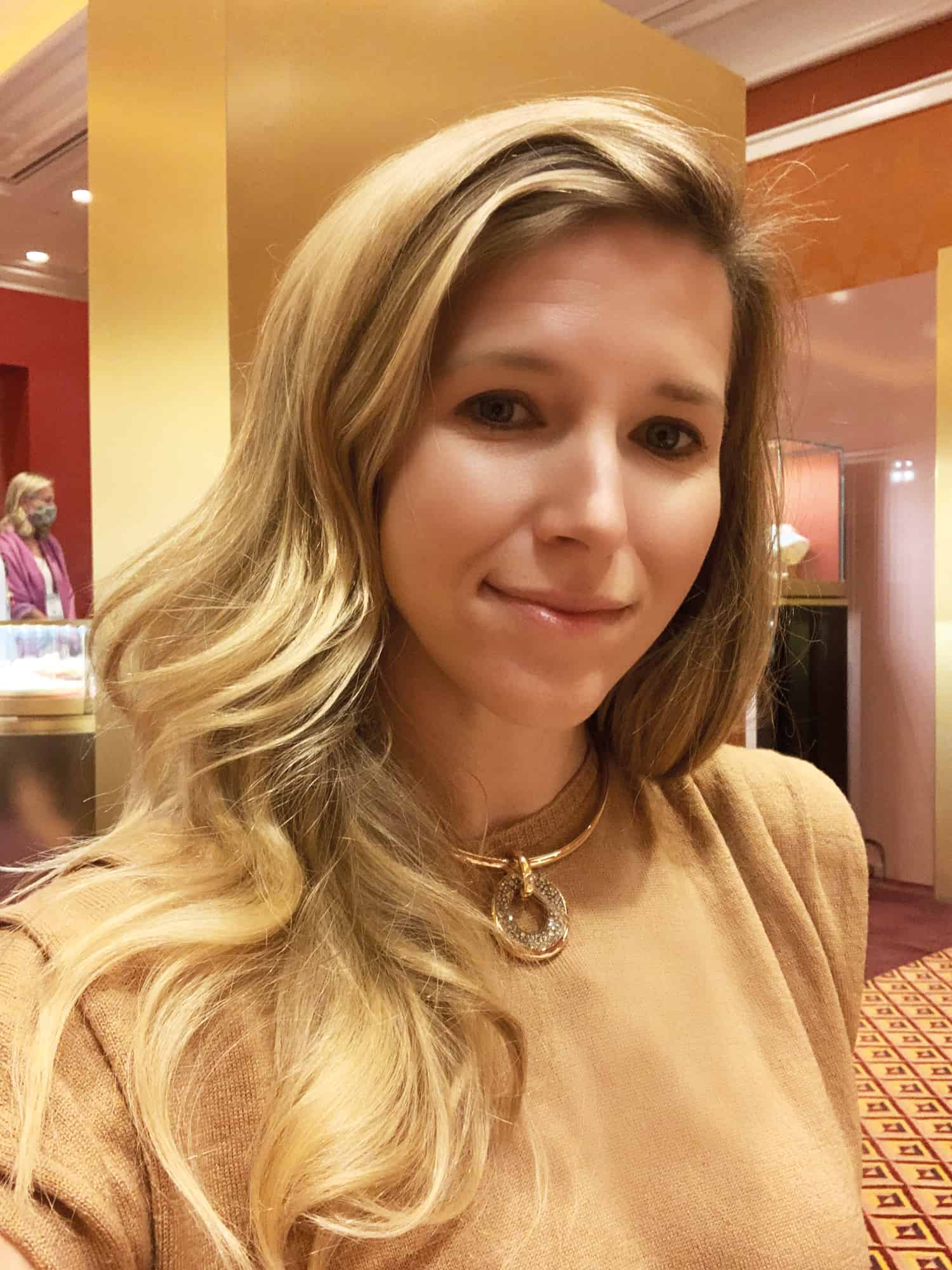 Then: Intern; associate editor
Now: Fashion and lifestyle host; Author
Most memorable party: Covering the Met Gala red carpet! Designers would always talk to me because they loved The Daily. 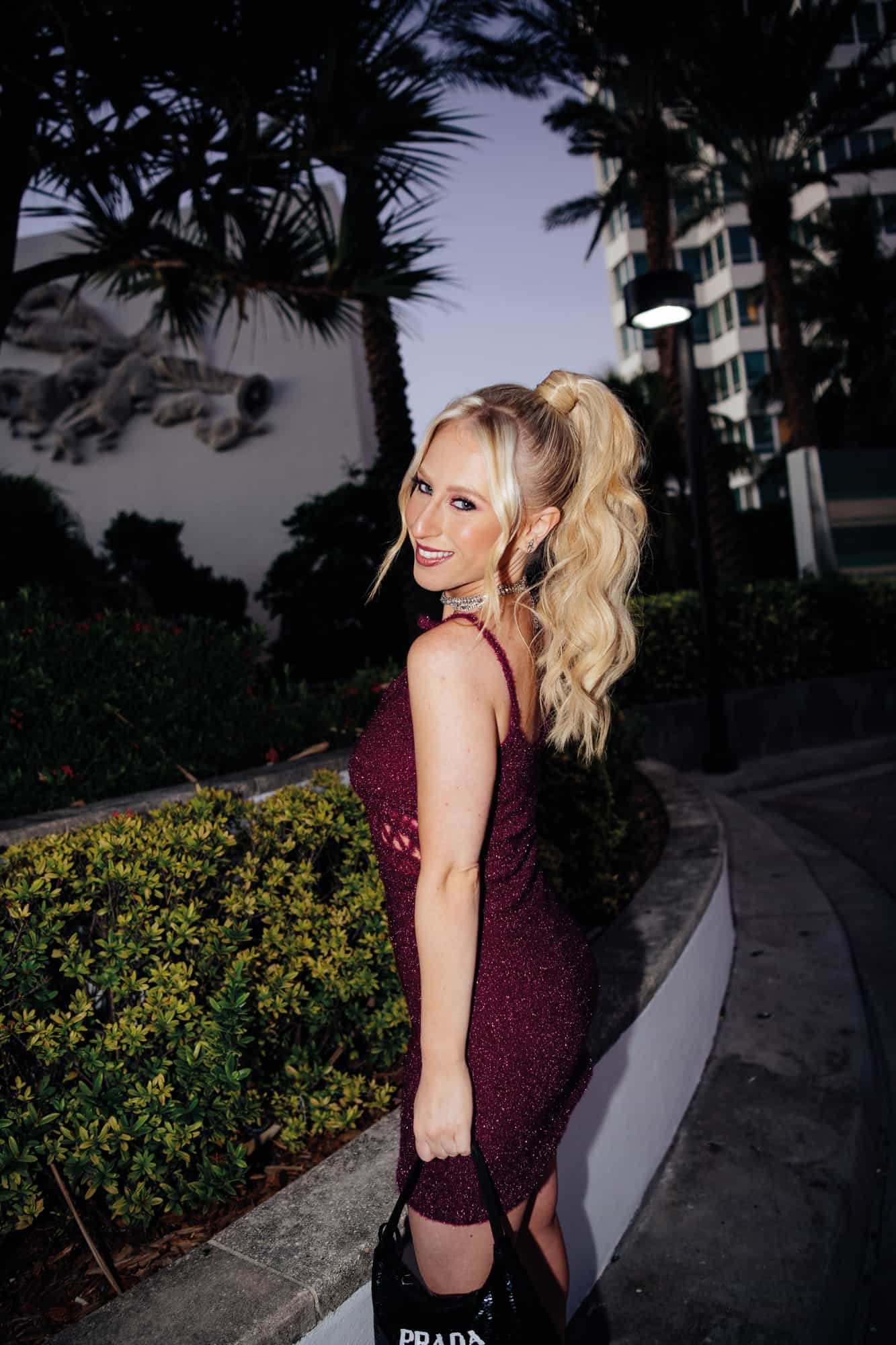 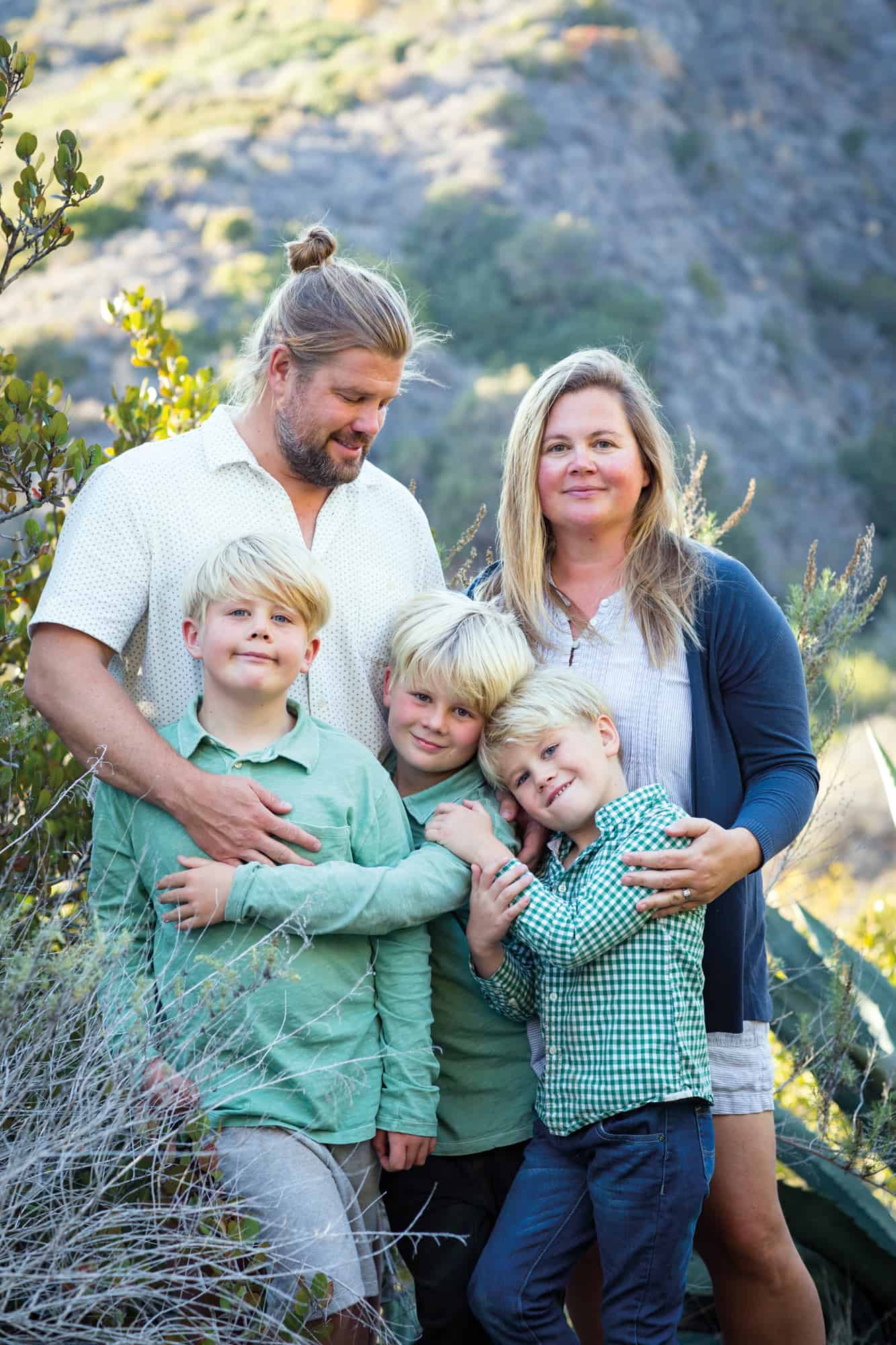 Then: I’ve worn a lot of hats at the Daily from 2003-2014!
Now: Communications and consulting
Favorite Daily memory: We were still at the tents in 2003. I’d pick up the cards from the photographers on an hourly basis. With our daily publishing schedule, digital downloads were not quite up to speed yet so IMG hooked me up with an all-access pass and I’d sneak into any fashion show I could! 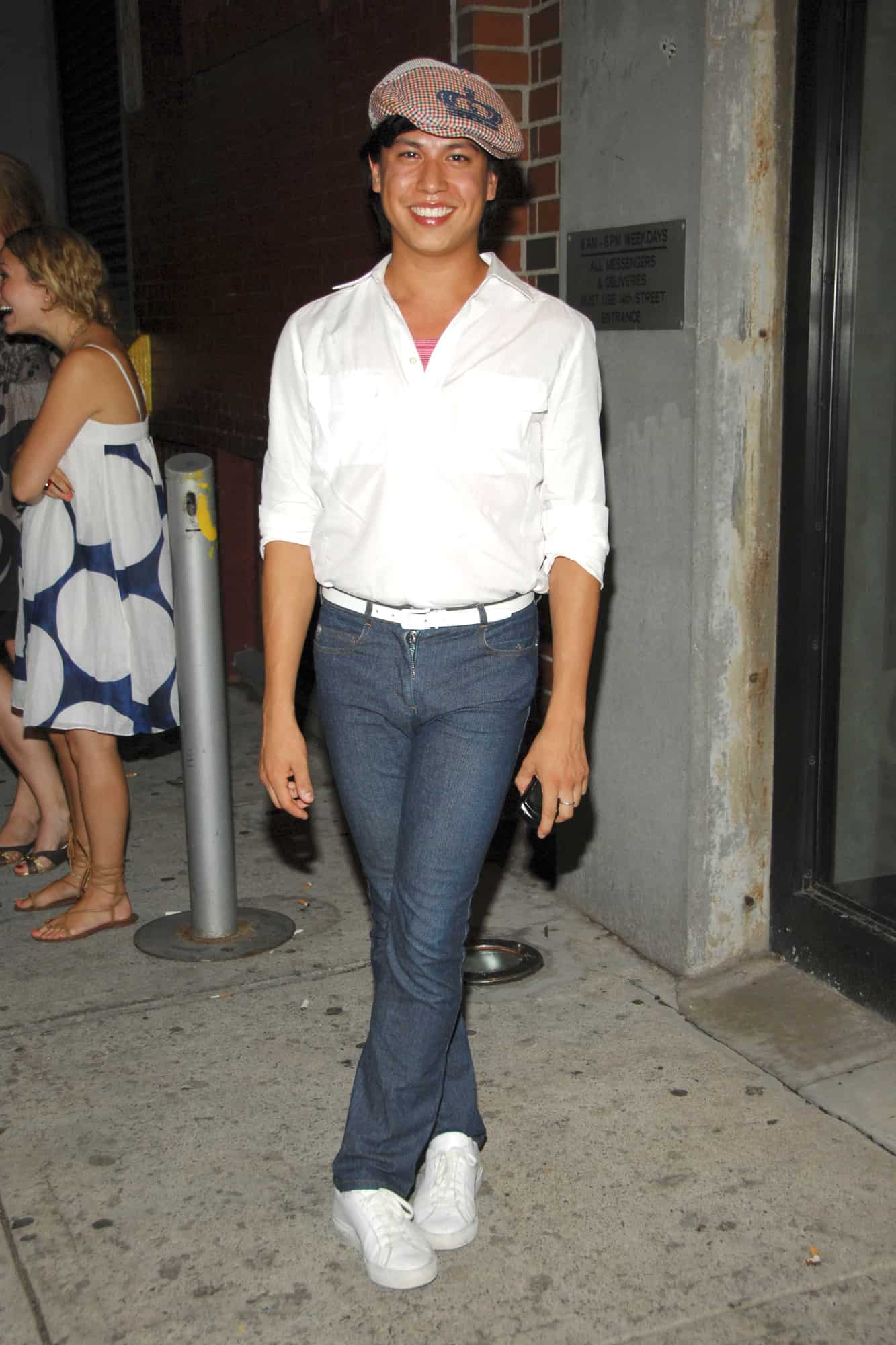