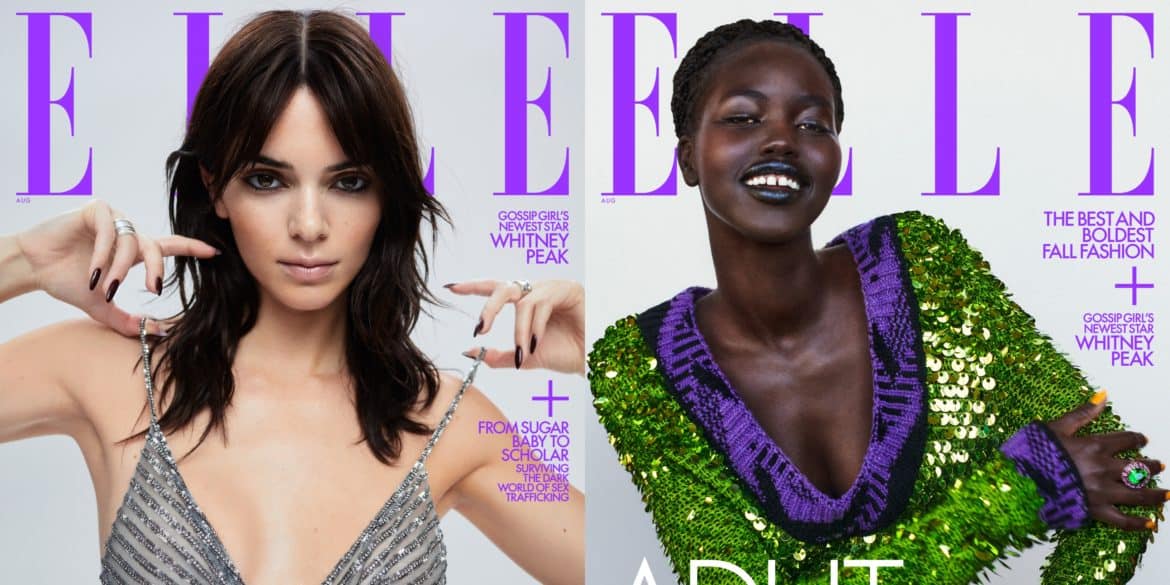 It’s two for the price of the month, as both supermodels front editions of Elle’s August issue. It’s a first for Akech, who is gracing the glossy magazine for the premiere time. Inside the publication, the model and activist speaks about becoming a newly-minted ambassador for Estee Lauder and Victoria’s Secret, and how she’s committed to making a difference in the world, having spent her formative years in a refugee camp before securing a visa to Australia. The 21-year-old also speaks about how she’s working with the United Nations High Commissioner for Refugees—the agency that operates the camp where she grew up in Kenya. “I never, ever, in my wildest dreams, thought I would have achieved half the things that I have now,” she tells the magazine. Read her inspiring story here.

Major model Ashley Graham has made no secret of her desire to get pregnant again, after welcoming her firstborn, a boy named Isaac, shortly before the pandemic. Today, the 33-year-old catwalk regular shared the joyous announcement of a second baby, alongside an artsy picture of her bump. The post has racked up almost one million likes already—congratulations to Graham and her longterm love, husband Justin Ervin!

Speaking of baby bumps—pregnant performer Halsey is gracing Allure, and in chainmail no less! The maverick style star, 26, talks identity, relationships, pregnancy, race, and how she’s constantly re-inventing herself—from a Jersey girl called Ashley to her now global chart-topper self. Her bold, high fashion feature in the magazine was styled by Law Roach, which brings us to…

If there’s a dynamic duo who *understand the assignment*—it’s Law Roach and Zendaya. Ensuring the red carpet MVP looked the part at the premiere for Space Jam: A New Legacy, Roach styled her in a retro co-ordinated shirt and shorts set by Moschino, with white pumps and Bulgari jewels. Thanks to the addition of a sleek high pony, Zendaya looked every inch the high fashion Lola Bunny…whom she voices in the upcoming film. Nailed it!

Kate Moss is the new face of Skims

When Kim met Kate! La Moss might be 47-years-old, but as the new Summer ’21 campaign star for Skims, she’s proving that she’s as on top of her game as ever. The OG supermodel was selected by Kim Kardashian West to front the latest ads due to her endearing “icon” status. “She is THE fashion icon, defining a whole generation of style and I am honored to feature her as the new face of SKIMS this Summer,” KKW said. In the images, lensed by Donna Trope, Moss proves that she’s still got the very same star presence that launched her to international fame during her Calvin Klein lingerie shoot days.

Exclusive! Heidi Klum and Tim Gunn Dish On Season 2 of Making The Cut