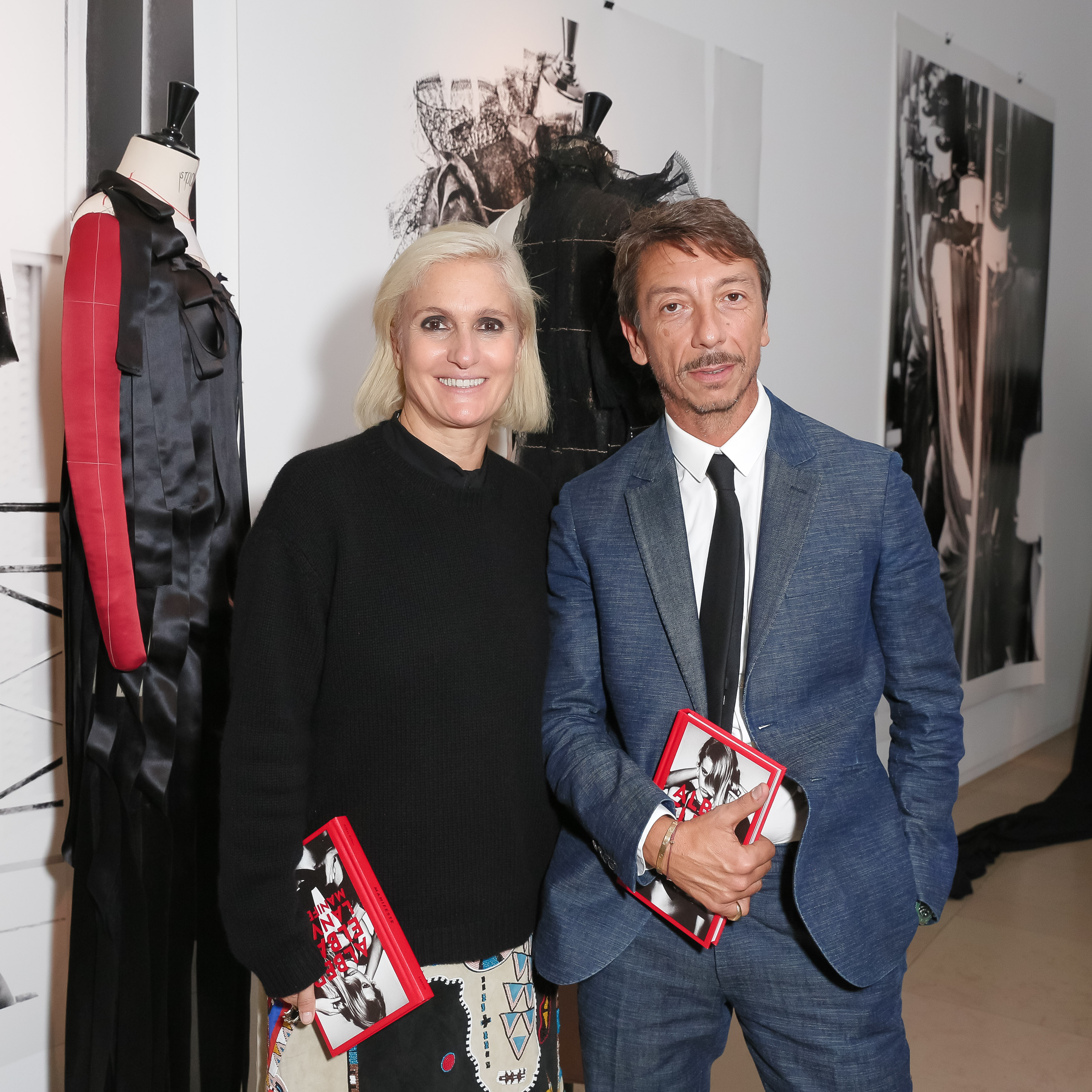 This week The Daily dropped into Andy Warhol‘s former factory space in Union Square to preview the Valentino pre-fall collection, which rather excitingly, was personally presented by creative directors Maria Grazia Chiuri and Pierpaolo Piccioli. There were quite a few pieces to fill the gap ahead of the unveiling of their fall 2016 at Paris Fashion Week in March—the 84 piece range was three rows deep and filled two entire studios. And it was nothing if not fun…studded leather rock and roll jackets, long full sheer lace skirts, plenty of Navajo fringing, Eastern prints, sequin motifs and starry pieces from the wonder woman Goop collab.

“We really want this collection to portray the spirit of freedom and fun. In Europe now, the atmosphere after Paris is really sad because you feel that everywhere could be dangerous. As fashion people we need to be positive and have an open mind.  Music was a big reference especially eighties Madonna and Blondie—we just had dinner with Deborah Harry and spoke about the looks she performed with—and there’s a bit of Bowie,” said Grazia Chiuri.

The godfather of Italian fashion, the late Elio Fiorucci, who also served as inspiration for this season’s collection, was an early adopter of disco culture and a regular at Studio 54, as well as Native American, Jamaican, Japanese and African culture. Valentino’s Spring/Summer 2016 campaign was even shot by National Geographic photographer, Stephen McCurry, in the Amboseli National Park in Kenya.

“We really believe in mixing other cultures with our point of difference,” said Chiuri. “Fiorucci said he travelled around the world because he wanted his clothing to be global, but at the same time he wanted it to be local.”