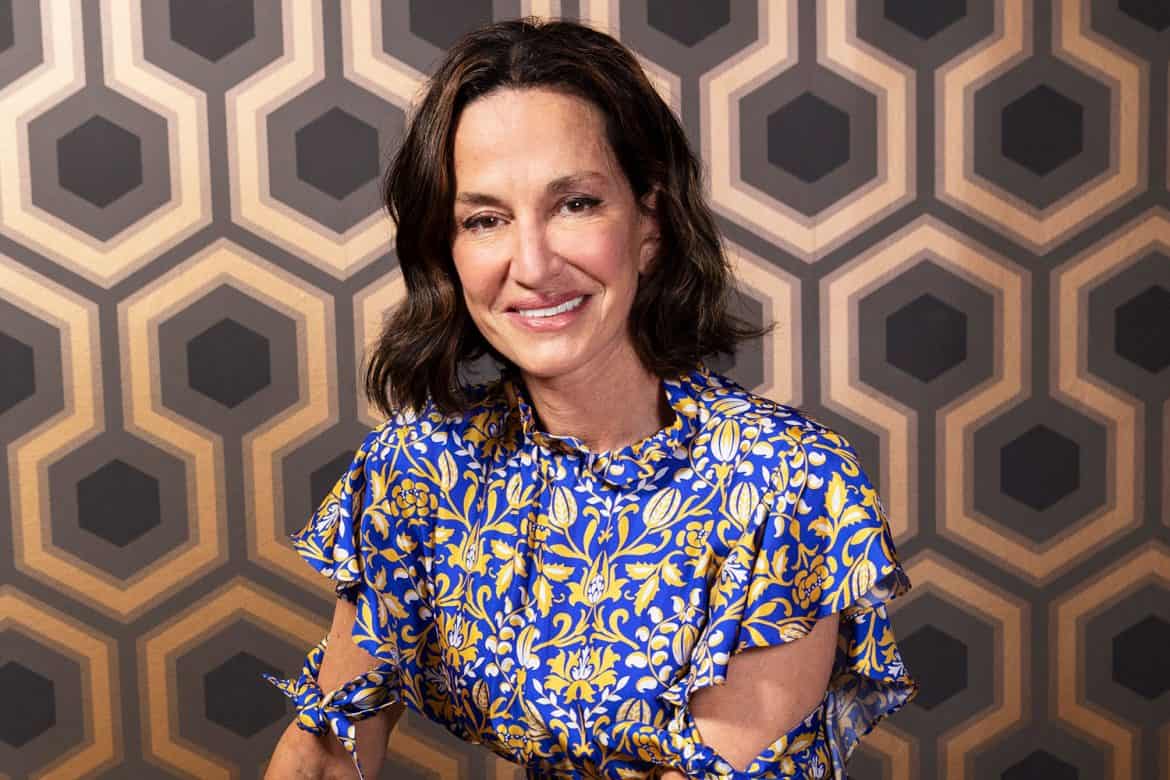 Cynthia Rowley was in Atlanta last week to receive the SCAD Étoile Award for her myriad contributions to and achievements in the fashion industry. The award was presented to her by the university’s founder and president, Paula Wallace. Previous recipients include Derek Lam, Linda Fargo, Jason Wu, and Carolina Herrera, just to name a few. Rowley then answered questions about her life, work, and creative process for the benefit of the assembled SCAD students, fielding inquiries from the moderator and from the students themselves, as her two daughters, Kit and Gigi, looked on from the front row. 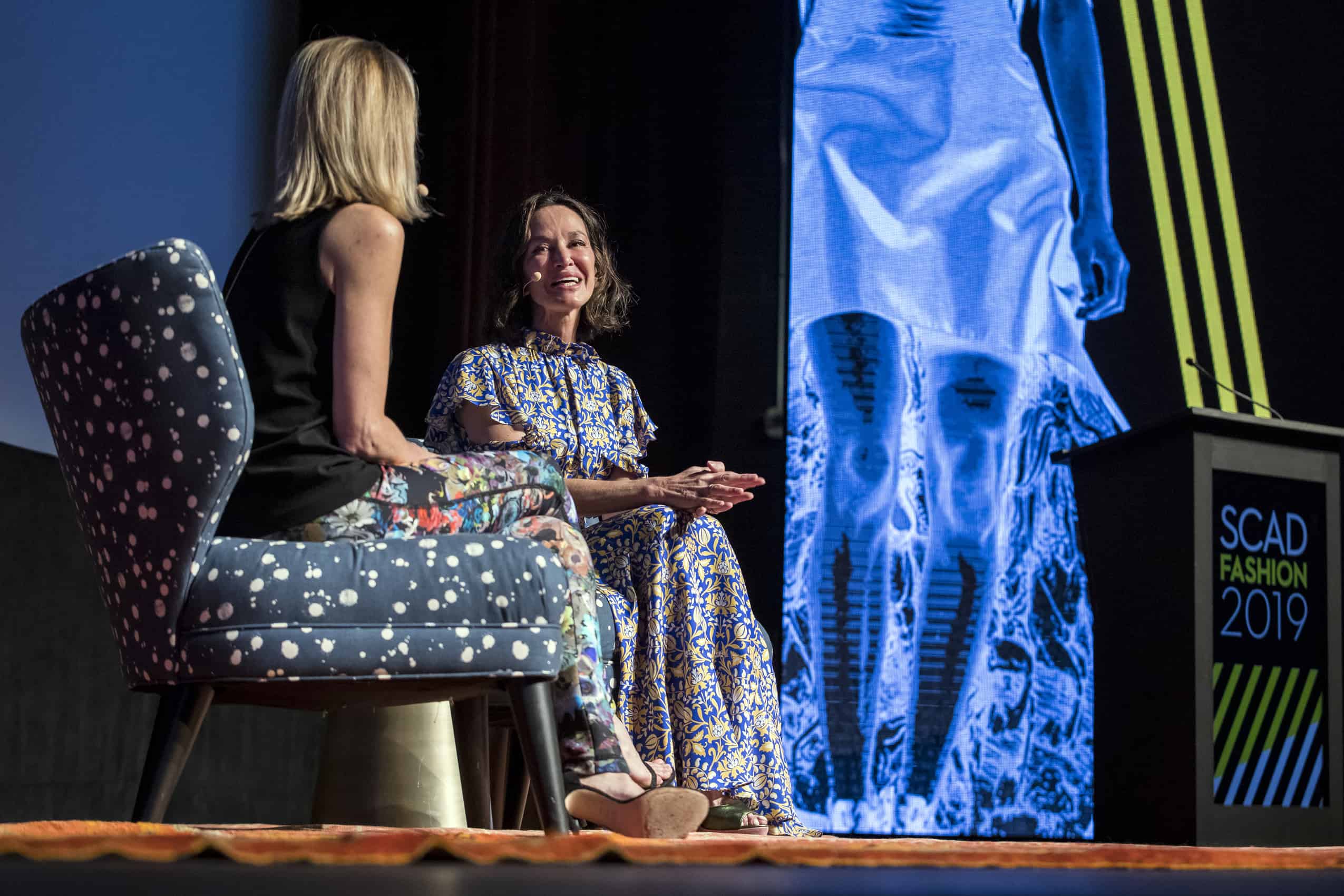 Rowley encouraged the students in the room to take risks and to bet on themselves as they prepare to embark on their fashion careers. She also reminisced about her own early days in fashion industry. After graduating from art school, Rowley met a man who offered to take her clothes to New York and sell them on her behalf if she would pay for his plane ticket. Upon his return, Rowley found herself with an overwhelming number of orders and no idea how to fill them. Of course, she figured it out eventually. Rowley might not be the best at planning ahead, but she makes up for it by being one hell of a hard worker.

She discussed her recent collaboration with Sports Illustrated and how happy she was to produce a swim outfit for Muslim model Halima Aden, and alluded to another forthcoming collaboration she said she was not at liberty to discuss. “Give us a hint!” shouted one of the students in the audience. “Oh, the places you’ll go,” said Rowley. “It’s luggage!” said the student, causing Rowley to turn beet red and gently chastize herself for giving too good a clue. 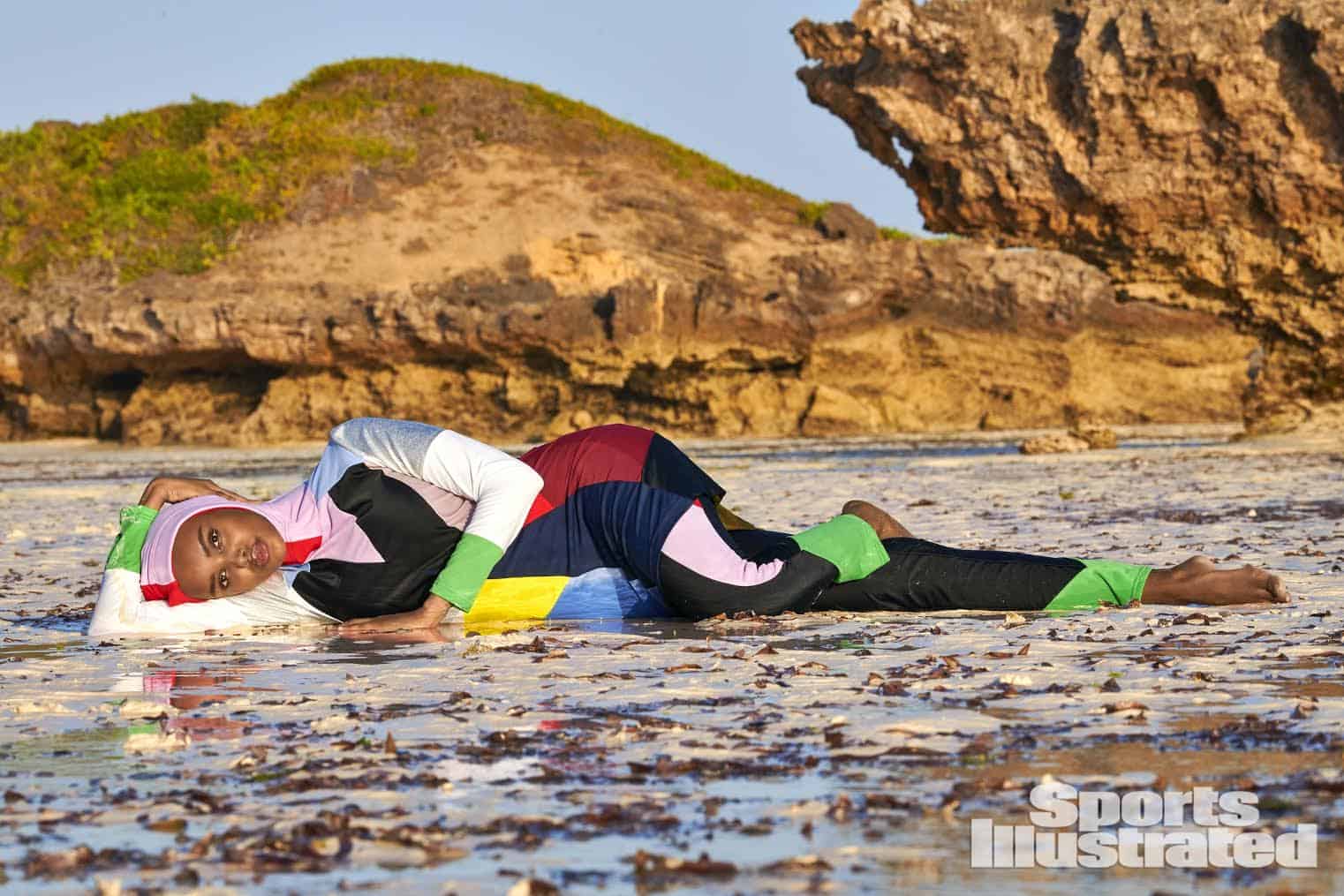 Following the talk, The Daily sat down with Rowley for a short chat of our won.

You spoke during the panel about the importance of taking risks. What was the last big risk you took?
I feel like I take risks on a daily basis. Big risks and small ones. We had a runway show in February, which we hadn’t done in a long time, and we had girls jump in the pool. That was a little crazy.

You ride your bike on the streets in Manhattan, so that’s a big risk right there.
I don’t mean to brag, but I ride a City Bike so much that they sent me a medal. I ride it twice a day — from my home int the West Village to my office in Tribeca every day. It’s my version of always take the stairs. Always take a bike.

Tell us about the new Tribeca studio.
It’s all glass windows and it’s on the ground floor and totally open. We do shoots in there, but it’s also our showroom for the new collection and it’s where everyone works. We invite people to just come in and take a look and watch us work.

Why did you choose to open your office up to the public like that?
I want to have a more consumer facing brand. I don’t like that whole “Pay no attention to the man behind the curtain” thing. I want people to be able to come in and experience the creative process and hopefully have more of an appreciation for it.

The studio is right next to that skybridge in Tribeca that everyone Instagrams in front of, so you can actually come in, put on a piece of clothing, and go out and Instagram in front of that bridge. It might be crazy, but we’ll see how it goes.

Social media, and Instgram in particular, have become so hugely important in fashion. How do you feel about the rise of the influencer-turned-designer in recent years?
I think it’s all valid. Everyone has different ways of creating something. It’s just a personal choice. I see it with Kit and her collection. You know, her thing is more conceptual. For me, I really need to start from scratch — do the art, then design the shape and the garment, and then go through the process of actually making it and putting it out there in a way that tells a story. But it’s just a different way to do it. I don’t think there’a any right or wrong way.

It’s so easy to tell your story now that I think everyone should just do what feels right.

I remember last year, at the CFDA Awards, when Supreme won and I was like “Yes! Right on!” But I remember driving up with a designer that’s been in the industry a long time who was like “I just don’t get it. Supreme winning a design award?” But I was so stoked because I think that is the new. You can’t just keep doing things the way they’ve always been done. You just have to welcome the new. All of that is inspiring to me.