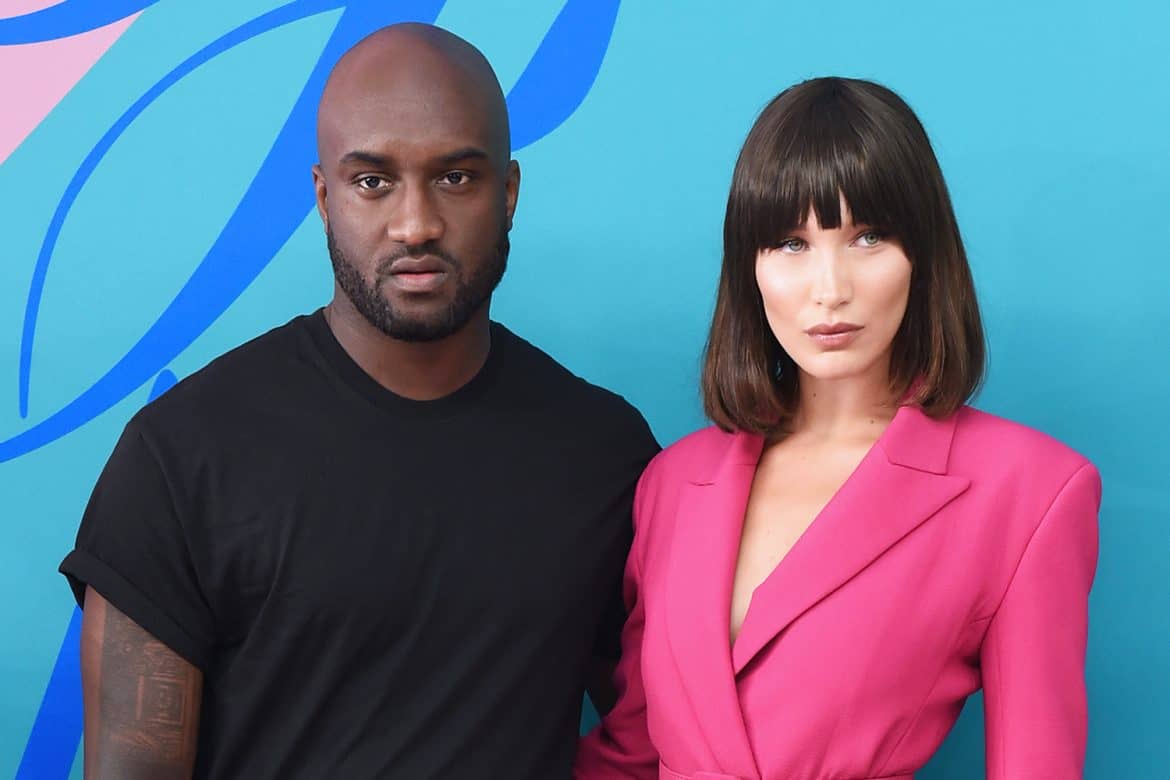 The friendship between Virgil Abloh and Bella Hadid is starting to resemble those between the top designers and supermodels of the ’90s. In a new interview with Vogue a reporter got to sit in on Off-White fittings the day before the Fall 2019 show. The discovered that Hadid, who had two outfit options, was given a vote as to what she got to wear. Her input is what Abloh thinks has led to the brand’s success.

“Part of what makes a great show is how Bella feels when she walks on the runway,” he explained. “She has an uncanny, powerful presence. And what I think is important is not her looks — it’s her personality, her brain, that makes her unique and compelling. So how can I capture that? Make her a part of the process. That’s how I had to find my magic trick.” 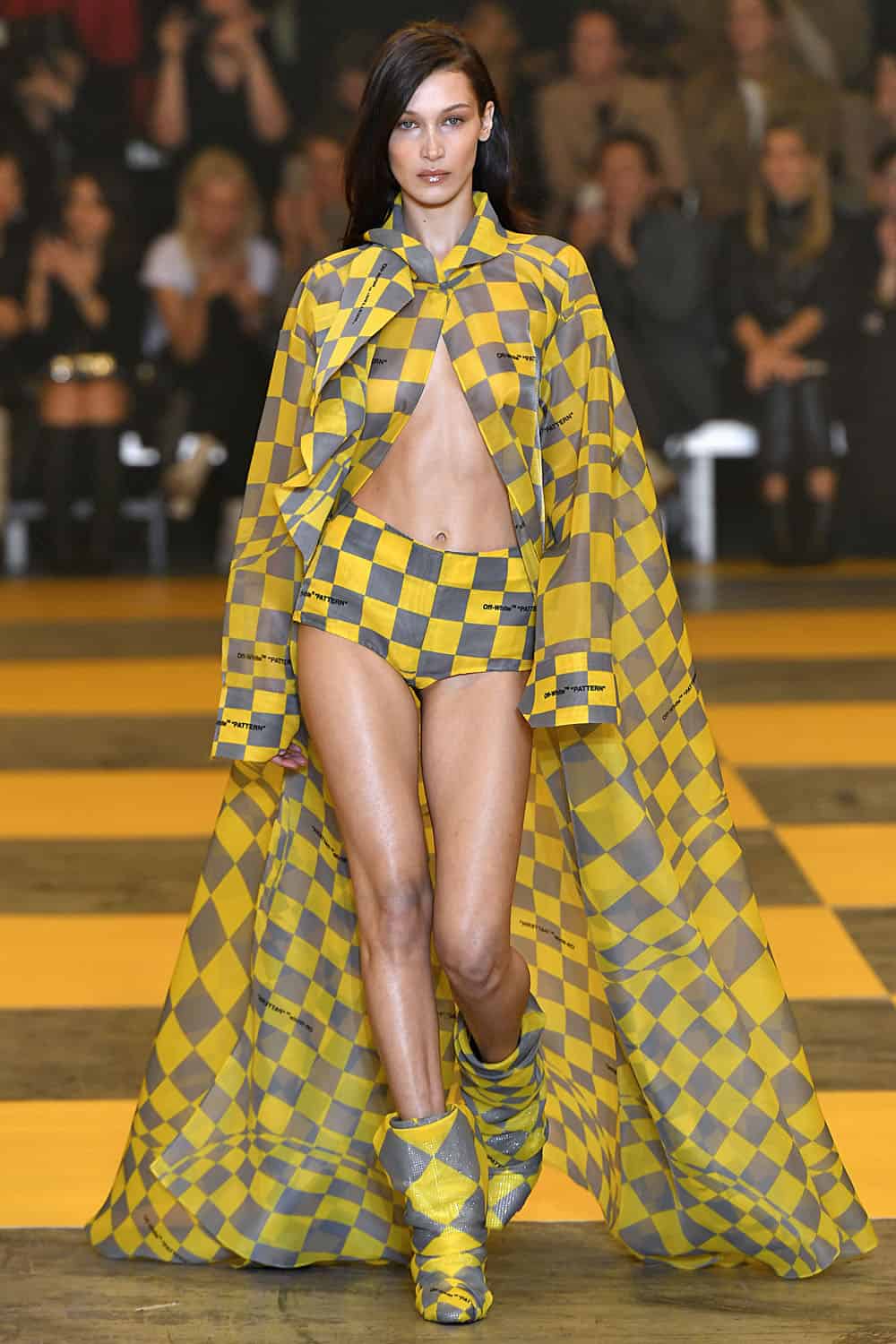 “The brand is just as much hers as it is mine, or as much my intern’s or my assistant’s as it is mine,” he continued. “It’s an empowered brand. My job is not to control and grasp it, which is like trying to grab a feather. My job is to sort of be a spirit leader.”

It’s worth noting is that neither of the outfits the reporter saw Hadid try on were actually what she wore down the runway. The look she liked in the fitting was described as “silky black briefs, serious heels, and a black-and-white checked jacket.” On the runway she donned something similar but in yellow and gray. To be fair, things change pretty quickly before a fashion show and the color-swap could have been a last-minute addition.

However the look she chose not to wear — a “school bus–yellow gown with a train that fills the room” — still got to shine with a supermodel. Karlie Kloss brought the look to life with a matching bag. Chic looks all around! 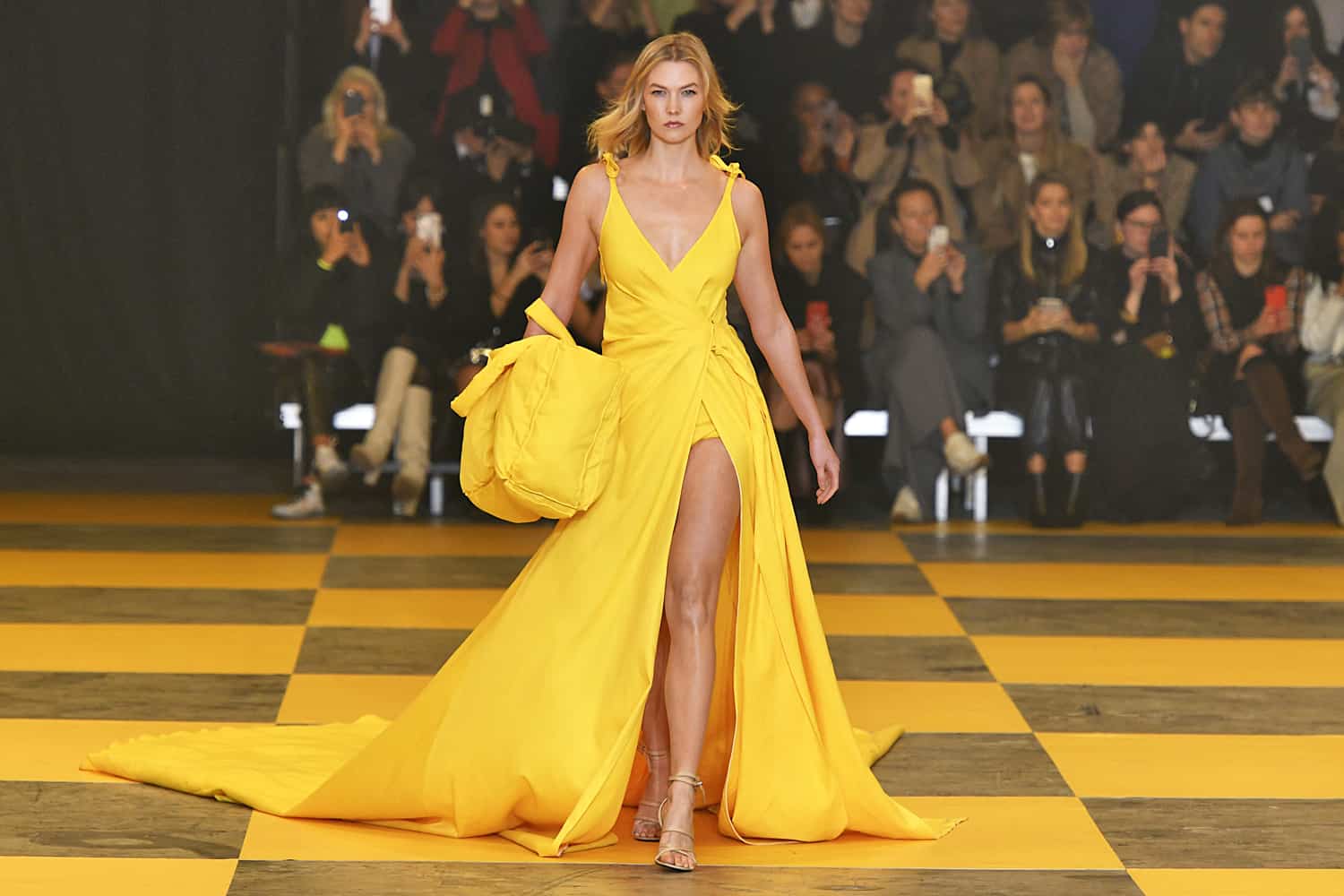