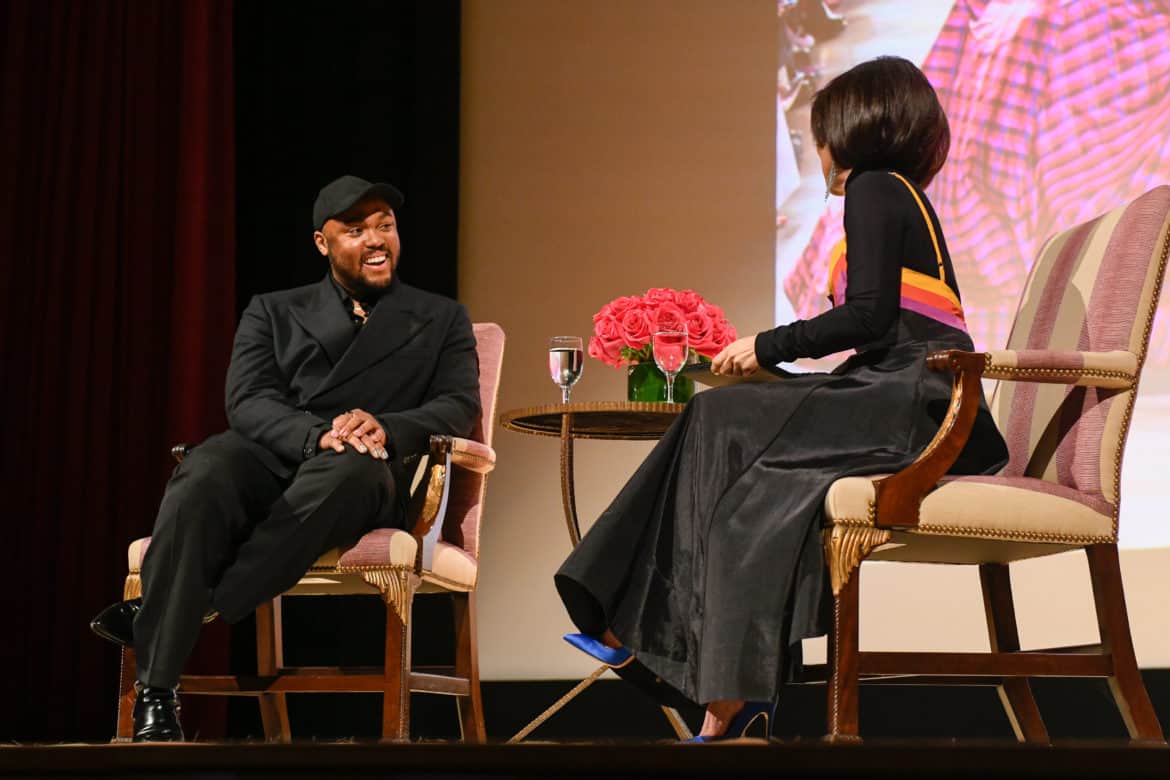 From waiting tables just six years ago to winning virtually every accolade, dressing every celebrity, and being the name on the lips of every editor in town: it’s an understatement to say those six years have been a stratospheric rise for Christopher John Rogers. At just 28-years-old, the Baton Rouge native straddles all facets of the industry, with approval from the old guard while also being a bona fide obsession of the Gen Z crowd. Still wrapping his head around it all, while keeping laser focused on the future of his brand, he sat down earlier this week with journalist Alina Cho for her ‘The Atelier’ series at The Metropolitan Museum of Art.

The first question on Cho’s agenda? When will we see more?! Save for a televised fire-starting runway on Gossip Girl 2.0, it’s been a hot minute since the industry bore witness to a physical CJR show. The designer kept mum, cryptically stating that a collection is coming “later this summer” but not suggesting it’ll involve a runway outing. One thing he did tease, however, is that two iterations of the draped rainbow skirt worn by Jordan Alexander to the Met Gala in September 2021 will be included in the line.

Of his work, Rogers said he doesn’t necessarily seek inspiration from any one place—rather, he looks to the chasm that exists in fashion today and his potential to impact the industry overall. “I’ve been thinking about the mark that my team and I are trying to make on fashion history, and I think, more than any one reference, it’s about energy and all the things that we’ve done before and investigating them further,” he said. “And color is always a starting point for me. It’s really been an emotional journey making this collection.” 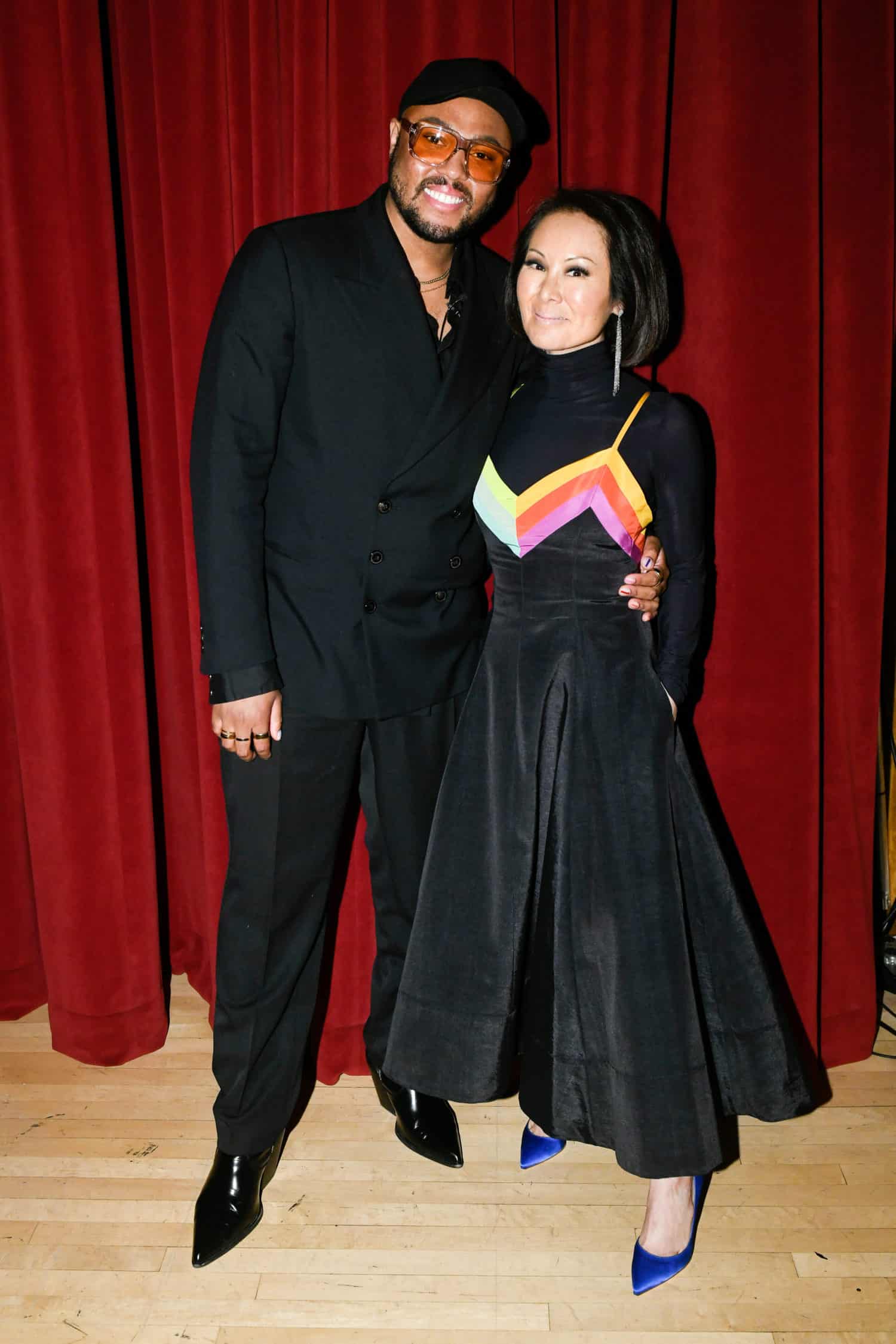 Beyond color, another element that’s intrinsic to the young designer’s work is his distinctive silhouette. Before he launched onto the scene, the term “strawberry waist” was definitely not in the common vernacular. Yet the shape has become instantly-recognizable as a hallmark of his designs. (Not to mention a favorite of Zendaya, Tracee Ellis Ross, and Lady Gaga, to name a few.) One might wonder how he creates those voluminous hips, and he revealed to Cho that so many of his pieces have horsehair in them to achieve the desired, structured shape. He also laughed that the strawberry waist has something of a mind of its own. “We couldn’t find a way to make it smaller, so we just kept it that big,” he said. 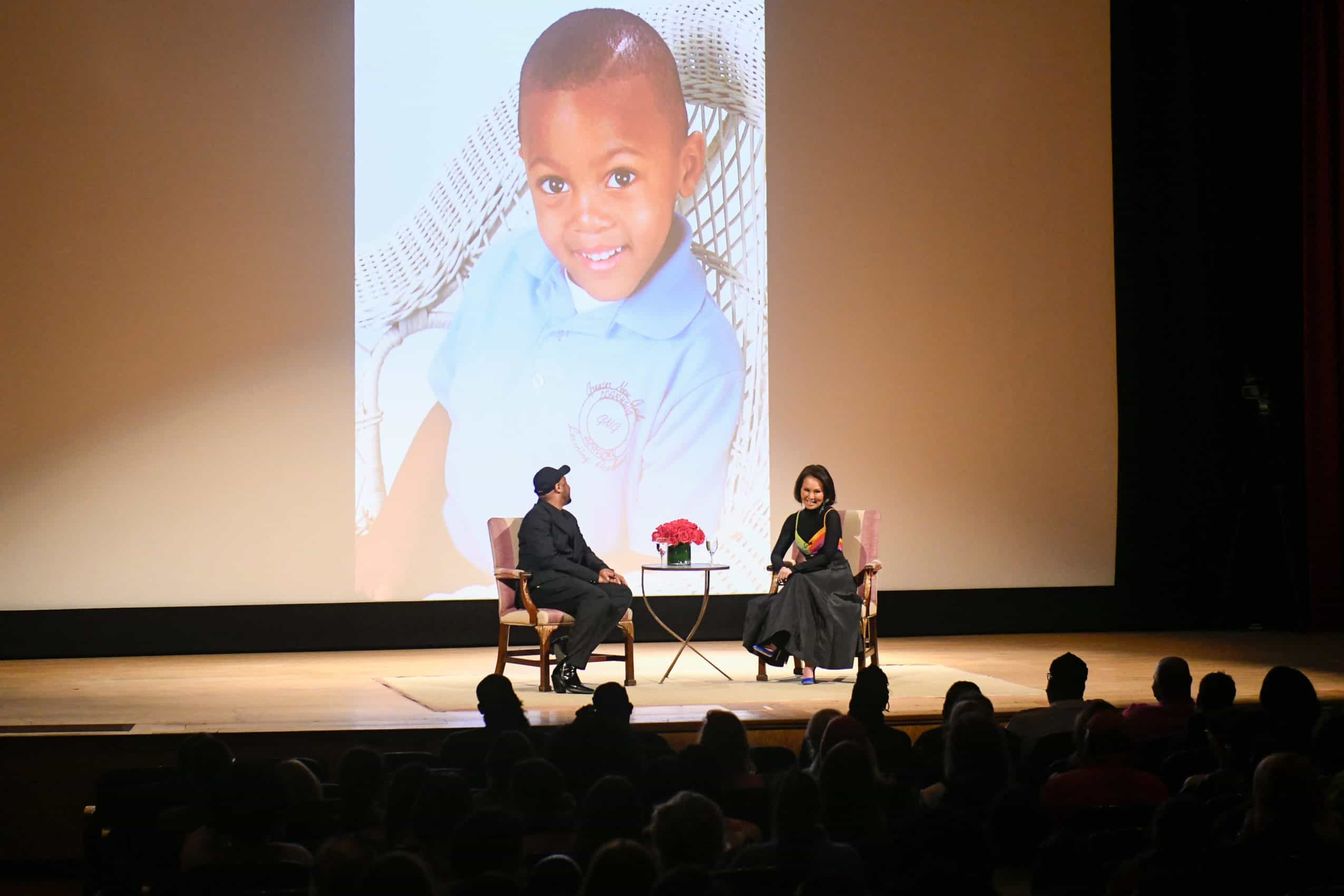 Rogers spoke of a fateful twist of events, whereby his acceptance letter to his then-dream school, Parsons, got lost in the mail. By the time the college had alerted him, he’d already accepted his place at Savannah College of Art and Design. Parsons’ loss proved to be the fashion world’s gain, as he maintained that he probably wouldn’t have made it up until this point without that foundation. “I wouldn’t be here had I not have gone there,” he reflected, adding that he met three of his closest friends, who work alongside him, at the college. Learning about fashion in a Southern environment also felt familiar, and helped him to create his own identity as a designer—despite what one particular nay saying professor would tell him. Speaking of Southern influences, he called out his grandmother’s affinity for monochromatic outfits, church dressing, and a childhood spent sketching with his schoolmate among his earliest formative memories: “I think i still draw [for cartoons] today!”

While he’s certainly hitting the high notes—not to mention beating out the likes of Marc Jacobs and Gabriela Hearst to bag last year’s CFDA Trova for Designer of the Year—he’s loath to be classed as a wunderkind. “I’m acutely aware of the comings and goings of fashion darlings, so I try my best not to dip into trends or look at what’s happening to the left or right of me, or even what’s happening to me,” he said. “Girl, it’s a lot!” he jokingly added, of all the buzz and hype.

Regardless, the future’s bright—Christopher John Rogers’ hues will see to that.