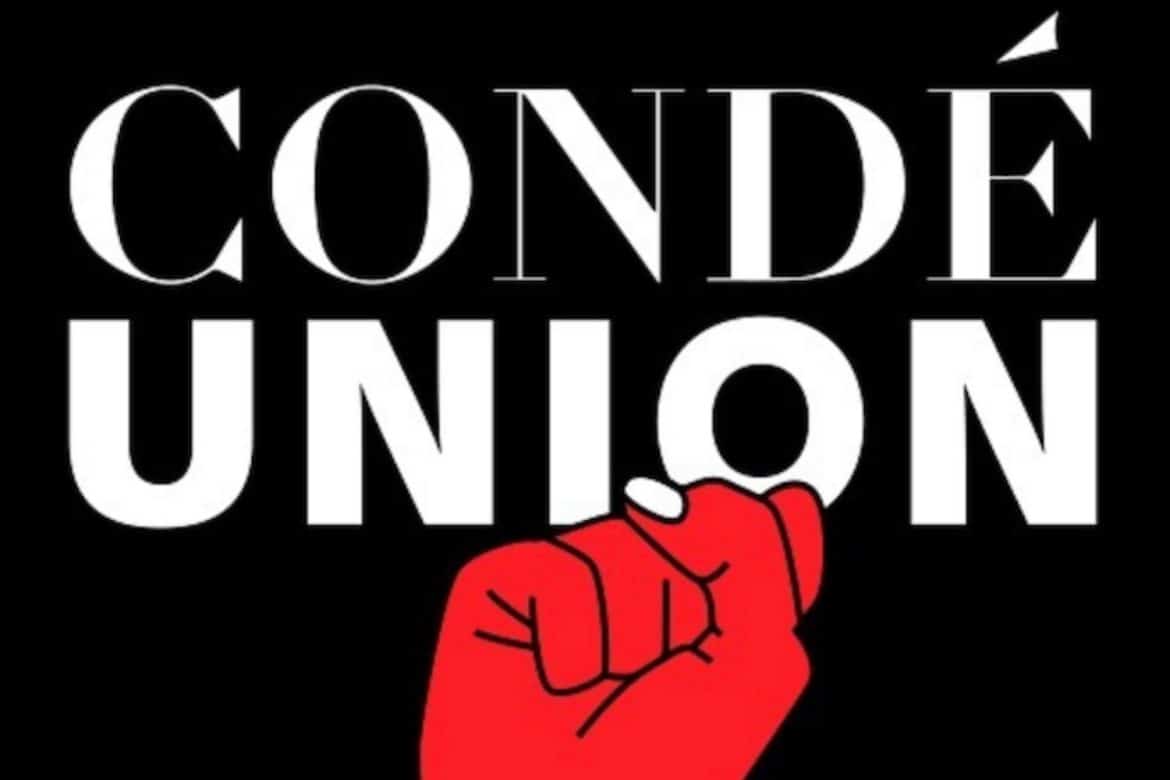 Announced today, over 500 employees at 11 Condé Nast publications have rallied together to form a company-wide union, requesting immediate and voluntary recognition from the company’s higher-ups. Claims for low pay, lack of staff diversity, considerable reliance on contract workers, and a seat at the management table are at the heart of the bargain.

The union boasts representation from full and part-time editorial, video and production teams from the publisher’s non-unionized editorial giants—Vanity Fair, Vogue, Teen Vogue, Allure, GQ, Bon Appétit, Glamour, Architectural Digest, Epicurious, and Self—as well as Condé Nast Entertainment. According to those at the movement’s helm, nearly 80 percent have pledged their support. The union has tapped NewsGuild (who currently sponsors The New Yorker, Wired and Pitchfork) to represent the initiative, marking the largest union in the media guild’s history, if approved.

According to the statement issued by NewsGuild, Condé Nast employees live in fear of arbitrary layoffs and losing work to lower-paid and outsourced freelancers. The statement also reported that many subcontracted employees are on the clock without insurance and basic benefits, despite carrying out the same responsibilities as full-time staff. Complaints surrounding lack of diversity, especially among women and people of color, are also at the forefront of the movement.

“There is no viable ‘future’ of Condé Nast if women and people of color continue to be used to fill a diversity quota,” said Cortni Spearman, senior social media manager at Glamour. “The only viable future at the company, and for this industry, is one where all workers have a strong stake in decisions that directly affect them.”

The movement has already established a presence online with the trending hashtag #UnionizeConde, as well as an Instagram account dedicated to bringing awareness to the cause. In its inaugural post, the account shared that the following mission statement had been sent to Condé Nast CEO Roger Lynch, Anna Wintour and Stan Duncan. The caption called on the high-up titles to “recognize our union swiftly and voluntarily so that we can get down to business—building a better Condé for everyone.”

Editors and staff alike have also taken to their social media to speak out in support, including Bon Appétit Culture Editor Hilary Cadigan, Bon Appétit Senior Food Editor Christina Chaey, and Epicurious‘ Kendra Vaculin, among others.

The movement isn’t the first in the company’s lengthy history. Previous unionizing waves date as recently as 2018, when The New Yorker saw 90% editorial staff participation for pay increases and worker protections. Following strike threats and even a protest outside of Wintour’s home, the movement urged Condé Nast management to deliver an agreement. Bon Appétit also saw unionizing efforts following the 2020 Black Lives Matter protests and racism allegations pointed at a top editor, after which staff criticized the company for lack of workplace diversity and equity.

In a statement regarding the movement, Chaey said that the ideology and “era of ‘a million girls would kill for that job’ is quickly coming to a close. And all for the better.”