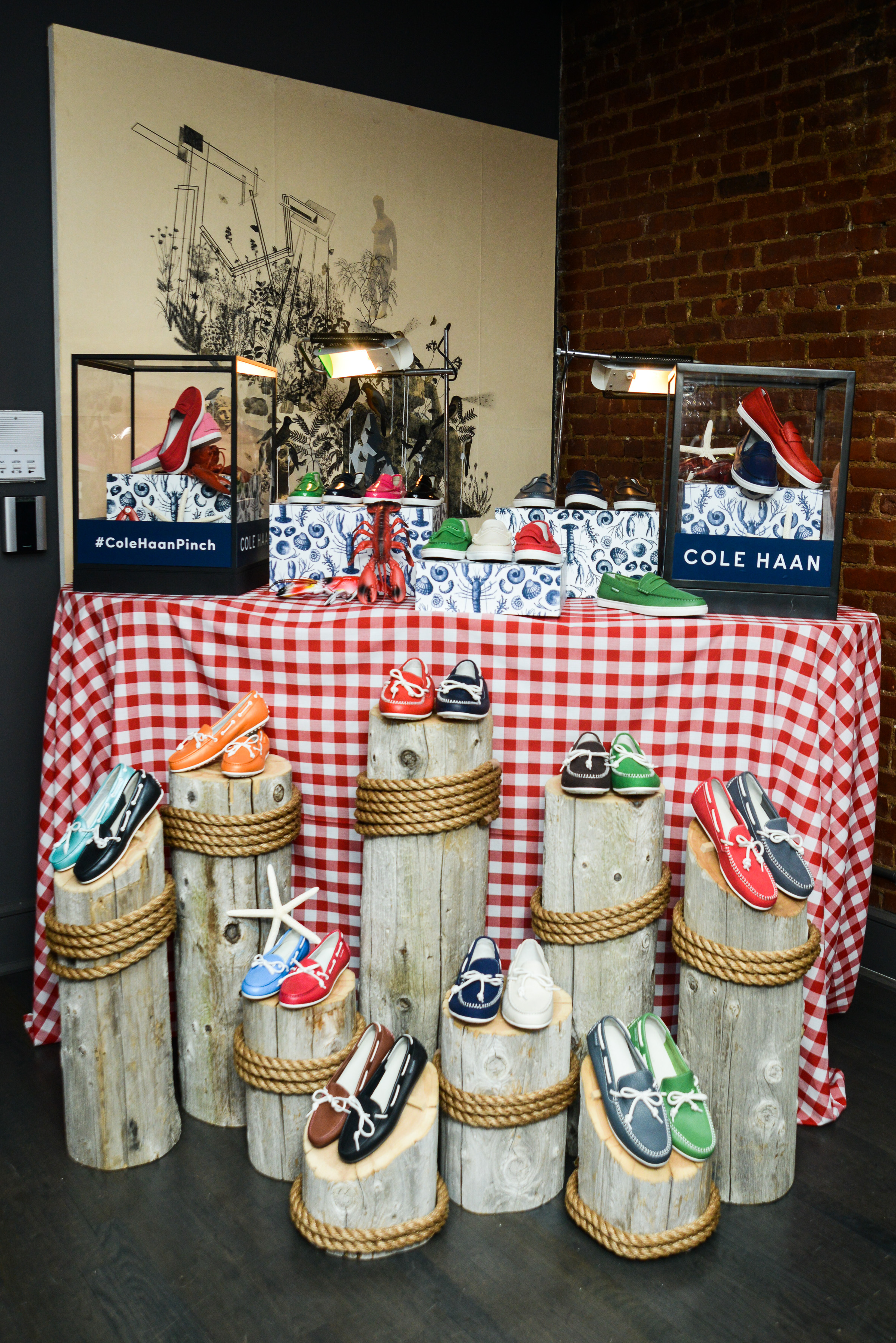 Just in time for a little pre-shopping before your weekend jaunts to the Hamptons, Cole Haan is debuting a new line of driver shoes for both men and women. To herald the occasion, Cole Haan has turned their Soho store on 128 Prince Street into a lobster shack and held an event at the Tasting Table in NYC complete with the most delicious lobster roles we’ve ever had (seriously!) and a slew of editors like Michael Carl from Vanity Fair, Wendell Brown of Esquire, Sarah Cristobal of V, Heather Shimokawa of GQ, Joey Jalleo of The Standard, and Amy Sacco, to name a few. The beachy shoes include the Pinch LTE, which looks like a penny loafer driving shoe, and the Grant LTE, which has more of a boat shoe look. Both come in an array of colors from classic navy and white to bright green and, yes…lobster red! (We slipped into a pair and they are possibly the most comfortable shoes we’ve tried on since, well, ever…) The shoes retail between $79 to $119 and are available now in Cole Haan stores and online at ColeHaan.com.

Are You A Basic Beach? Take The Daily Summer’s Quiz!

30 Seconds with Selby Drummond and Michael...