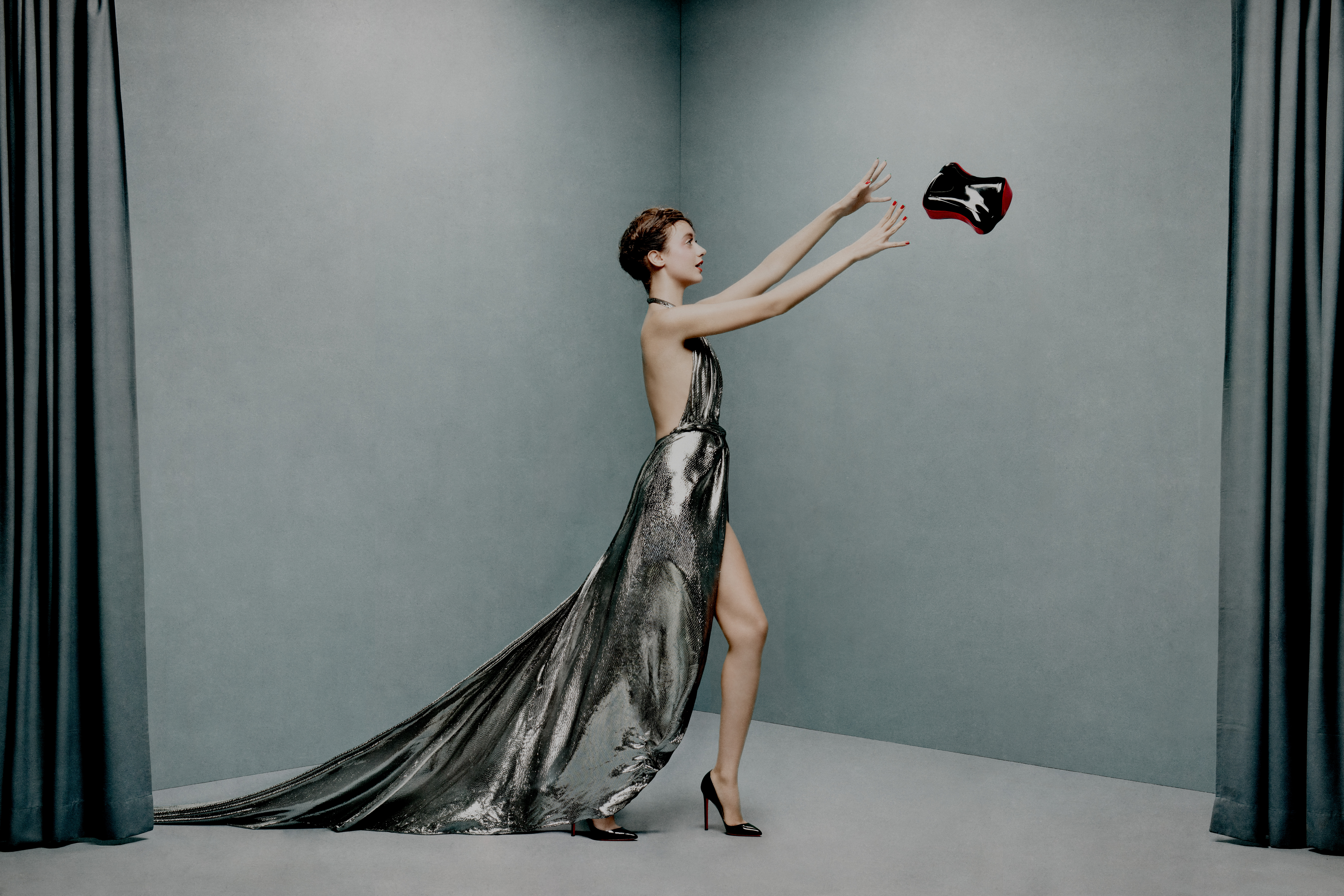 Christian Louboutin unveiled a new handbag for Spring/Summer 2017 that caters to TV junkies and the fashion-obsessed alike. Enter the ShoePeaks clutch, which was influenced by the designer’s 2007 shoe collaboration with David Lynch, the creator of the ’90s cult TV series, Twin Peaks.

The dual life of the show’s main character, Laura Palmer, is represented by the clutch, which melds two of Louboutin’s So Kate shoes together and comes in two finishes: black in lacquered metal and gold in polished metal, both of which feature Louboutin’s iconic red soles along the curved body. Berlin-based photographers Billy & Hells shot the campaign images and film, which can be watched below.