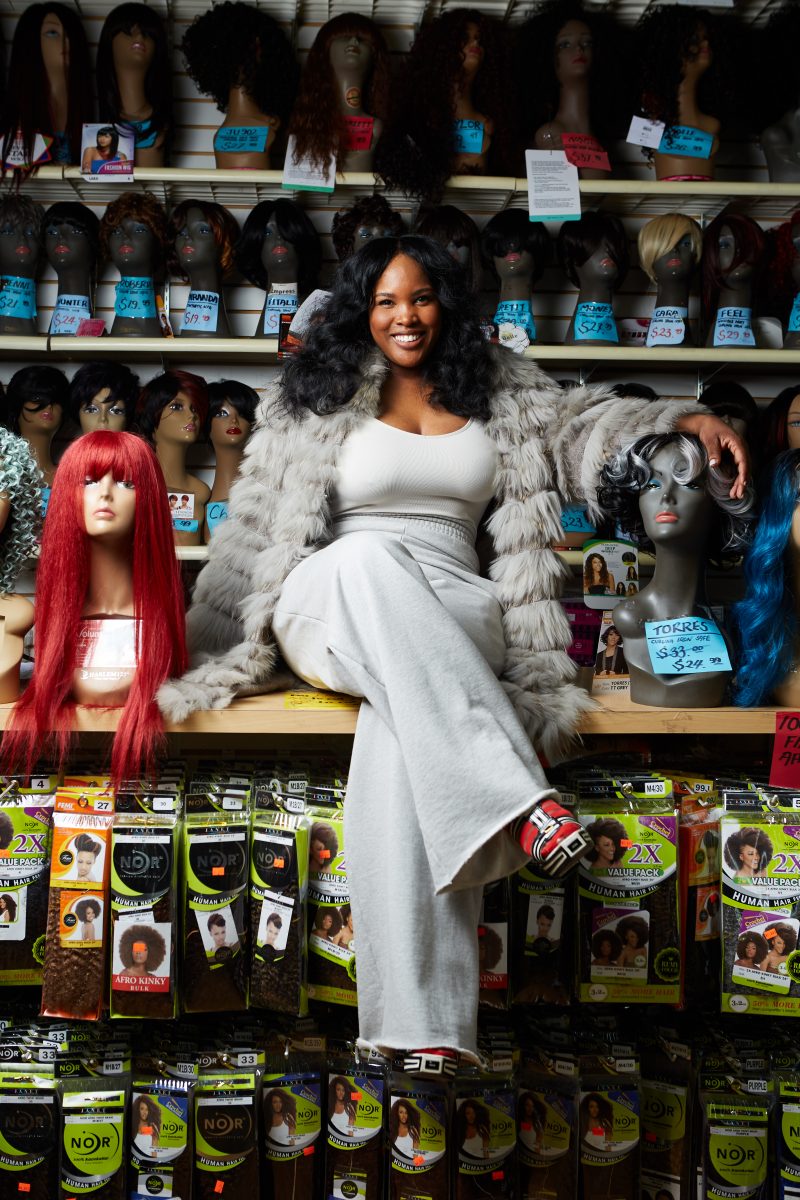 Solange Knowles’ videos for her latest album, “A Seat at the Table,” have officially gone viral—for the music, for the fashion (Proenza and Acne Studios, among others), and definitely for the hair—and it earned her an SNL debut this weekend. So we rang up the woman behind the coif creations, Nikki Nelms, who gave us the scoop on launching her beauty career, her VIP clients, creating the looks for Solange’s “Don’t Touch My Hair” video, and hanging with the Knowles.

When did your obsession with hair begin?
I always had an interest in hair. [When I was in] 6th grade, my aunt got her hair done at one of the most popular salons back home; I did my other aunt’s hair the same way, and it actually looked better. I was like, ‘OK maybe there’s something to this stuff.’ It came easy to me.

What was your first big gig?
It was a music video with Timbaland. I was key hair stylist.

How did you get the job?
I started my networking process while I was still working at a salon, letting people know that I had that interest. I don’t think [Timbaland] called because he wanted me; I just think they had a need that day [Laughs]. I proved myself when I got there, and they called me for more things. I did a lot of music videos…[they] were a common thing in Miami at one point.

Who were some of your first clients?
I worked with Venus and Serena [Williams] on a McDonald’s commercial, and I did key hair for Kanye West’s “Gold Digger” music video. That was the first big thing that I did as key that the world really appreciated. And Lil Wayne was my first personal client, early on.

How did you meet Lil Wayne?
Actually, I met him in a club in New Orleans called 360, right after he released his album “Tha Carter.” I was already a really big fan, but when I saw him, I wasn’t in fan mode. I was in work mode. I asked him when he was shooting his next video. He looked at me and said, “Wow, nobody ever asks that question in a club…[but] actually, tomorrow.” So I gave him my information. He called the next day and he asked if I could re-twist his hair. I didn’t have my work kit with me, because I was in [New Orleans] for the Essence Festival. Minutes before the beauty supply stores were closing, he called. I had to call a beauty supply store and lie to them about needing to make a huge last-minute purchase for my “salon” to entice them to stay open longer, and they did! Twelve years later, he is still my client. 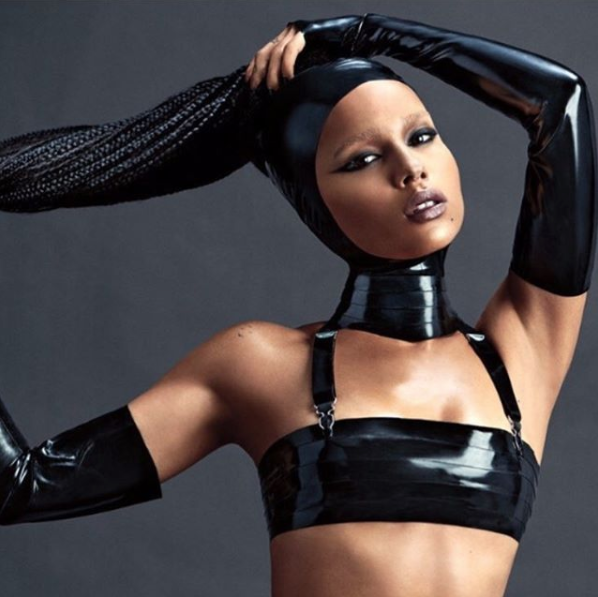 You’ve also done fashion campaigns and commercials. Do you have a preference?
I love it all, because I get bored so easily. A Balenciaga campaign is good for the soul and an R&B or rap music video will work, too. Ad campaigns are great because I like to see them in Times Square or when I’m flipping through a magazine on the plane.

What other campaigns have you worked on?
Alexis Bittar, Kenzo, Samsung, Michael Kors, Delta, Apple…

So tell us…How did you end up working with Solange?
I met Solange through a mutual friend. They were supposed to go to an event but Solange caught pinkeye. She almost didn’t go to the event because of it. Our friend kept suggesting to her that she should let me style her hair for the event. She eventually gave in. I gave her a slanted, across the eye, “Shareefa” style bang to cover the pink eye. She loved it and 10 years later we worked together on her amazing album “Seat at the Table.”

Solange’s hit of the moment is “Don’t Touch My Hair.” How did you come up with the different hair looks?
She let me listen to the song before it came out and while we were listening, she said, ‘Look at Nikki, I can see her mind working!’ Solange is one of my faves to work with because she’s so hands-on and she knows exactly what she wants. She really has a specific style, so it makes it easier for me. Her aesthetic, style, and sound is so different, and l love that we can bounce off of each other. 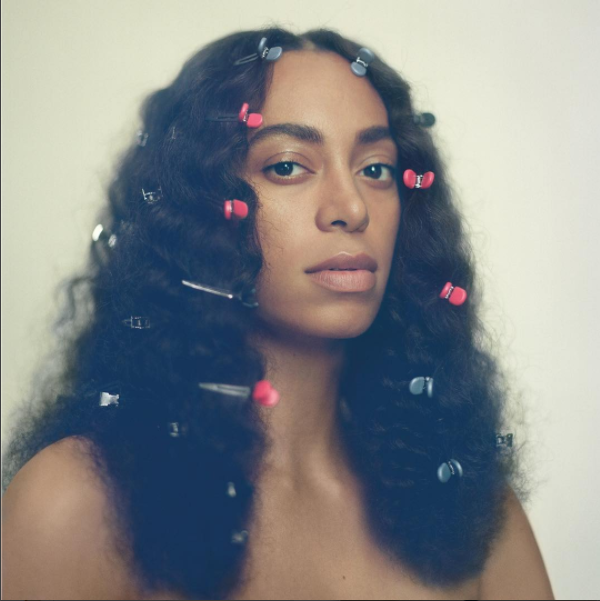 You credit Michaels craft store as your go-to for the styles in the video. Do you do that often?
All of the time. I’m so nontraditional. Because I’m self-taught, everything is an option to be used to create a look. I don’t discount anything. I’ll call my mom a lot of times to ask, ‘Did you use this when you were younger?’ and I’ll use her as a reference. They were really innovative back in the day. I’ve had to get creative on a lot of other projects, more than people would guess. Like when we’re shooting and the hair gets static, I’ll use Downy sheets to control it if they don’t want a hairsprayed look.

You also work with Beyonce!
They’re sisters, but they have different styles, they have a different look, requirement, and aesthetic. It’s a pleasure. I work with Miss Tina, they’re mom, also.

We hear you love vintage—who are your style icons?
If I had to pick, it’s Willona from “Good Times” and I also love Chrissy from “Three’s Company.” I have so many screenshots from episodes on my phone, it’s ridiculous.

What’s your best vintage shopping find, and where do you shop?
I have a pair of Chanel combat boots from the ‘80s. They have two oversized Cs on the toe and a huge plate in the back, behind the ankle. [There’s a shop] in Brooklyn called Shirley + Alice. I was able to find the nicest outfit for Beyonce’s Soul Train birthday party there. The other place is in Paris, called Valois Vintage.

Do you do any red carpet styling?
All the time! The Met gala—I do Zoe [Kravitz] and Solange, which is crazy, because everyone has to be out the door at the same time. We coordinate and everyone gets a hotel near each other. You’ll see me running up and down the streets like a crazy woman going from one hotel to the next. I probably couldn’t do it if they weren’t flexible. 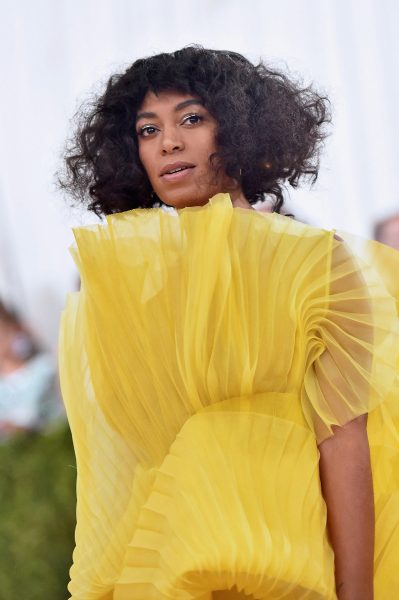 Solange Knowles at the “Manus x Machina: Fashion In An Age Of Technology” Costume Institute Gala (Photo by Mike Coppola/Getty Images for People.com)

You’ve developed some great friendships with your clients.
Work is so fun that sometimes it feels like hanging out, so hanging out feels more normal. With Solange, I have a lot of fun. We laugh a lot, we sing a lot and play around a lot. It’s normal, if she wants to go out. It doesn’t feel like, ‘Oh my god, I’m going out with a client!’

So you aren’t easily starstruck?
I’m starstruck by the weirdest things. It’ll be some random person from reality TV who gets me excited. I’ll bump into a reality star on the street and I’ll call my mom like, ‘Oh my god, it’s so and so from Real Housewives of Atlanta!’

What’s the biggest misconception about your job?
That it’s stress free. Someone once told me that they really thought I just played with hair all day. It can be stressful because a lot is weighing on us as hair stylists. We’re helping to set trends and set tones. You think I’m just playing with hair, but I could be figuring out how you, the consumer, will be wearing your hair next month. That’s a big job to me. Not the biggest in the world, but in my opinion, hair does run the world!