Carolyn Murphy Jokes About Being Asked To Kiss James Turlington On Set: “I’ve Been Around Him Since He Was In Diapers!” 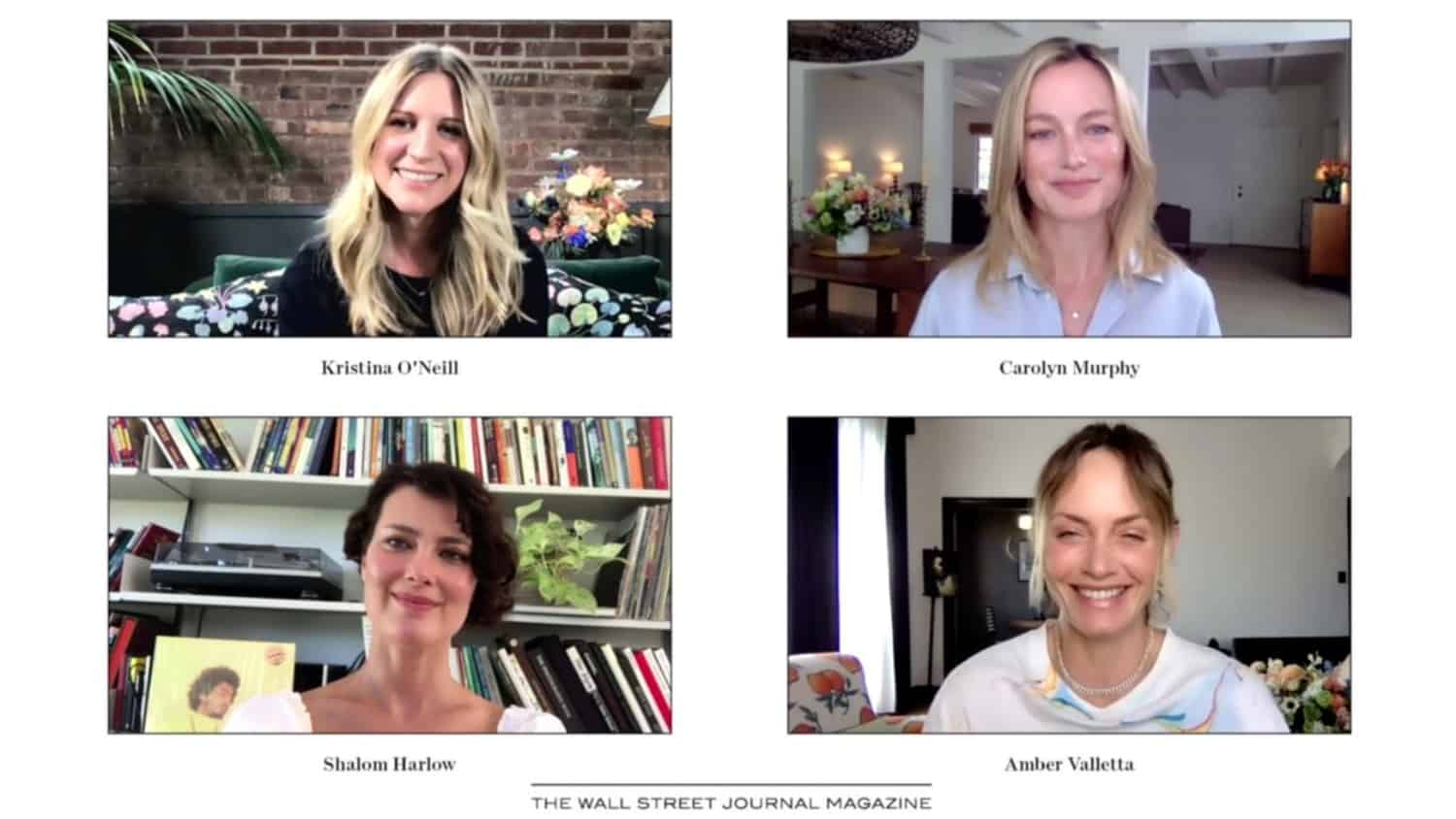 Viewers were treated to a veritable fashion and pop culture history lesson yesterday evening—straight from the insiders—thanks to the latest installment of WSJ. Magazine’s The One series. Modeling icons Carolyn Murphy, Amber Valletta, and Shalom Harlow sat down virtually with the publication’s editor in chief Kristina O’Neill for a conversation about their respective careers, losing loved ones, major moments, and some rather unexpected tidbits.

Case in point: Carolyn Murphy’s revelation that she was almost enlisted to kiss her close friend and modeling peer Christy Turlington-Burns’ nephew, James Turlington, 25, on a work gig. When asked by O’Neill whether it’s strange working alongside her friends’ kids (like Cindy Crawford’s daughter Kaia Gerber and Helena Christensen’s son Mingus Reedus), the 46-year-old model jokingly raised her hand to share the tale.

“I have a funny story there, I’m always telling this story,” Murphy laughed. “I was on a shoot a year-and-a-half ago and the photographer and the stylist were like, ‘So we have James Turlington coming in a little while and so you two, you’re going to kiss and make out….'” she trailed off. A shocked Murphy interjected and told them, “That’s not happening! I actually had been around him since he was in diapers. I am not kissing James, I could be his mother!”

With their storied careers in the industry, the trio, who just appeared on the magazine’s May cover in a joyous Lachlan Bailey-lensed editorial, had plenty of life experiences to delve into. Amber Valletta spoke about sharing the spotlight with Jennifer Lopez, who also wore that Versace palm print dress that she originally debuted on the runway. “I think JLo wore it incredibly, and I think it’s an amazing dress that has such longevity and is a piece of fashion history—I modeled it for the show and the campaign, JLo wore it to the MTV Awards, she came back and wore it at the show last year, which I also walked in. I think it’s a testament to Donatella’s vision and powerful women wearing powerful dresses,” Valletta said.

Speaking of infamous runway moments, Shalom Harlow talked about the unforgettable spray print dress installation during one of the most seminal Alexander McQueen runway shows (“It was completely spontaneous, there was virtually no rehearsal!”), while Murphy paid a trip down memory lane to Tom Ford-era Gucci.”I’m a small town girl, I didn’t even know what Gucci was,” she said of the time. “Tom was a designer I could relate to more, as he’s from the South. He was always a champion of being sexy and embracing your womanhood and I appreciated that and him. I loved the characterization of playing that woman and having that spotlight on the runway!”

Inside The Daily’s Spring Fling Extravaganza At Luxury Resort Nemacolin