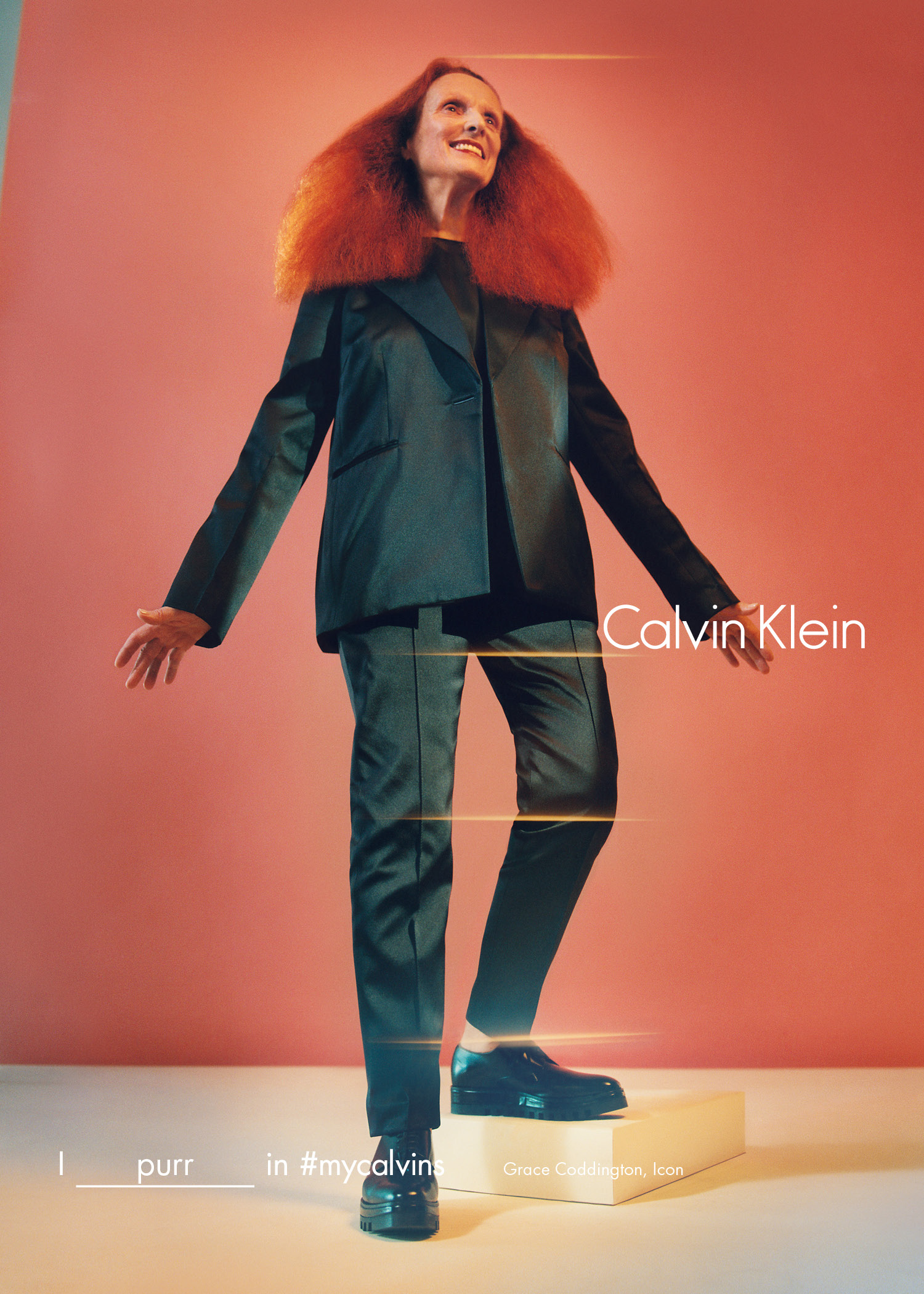 Calvin Klein, Inc. announced its Fall 2016 ad campaign for all of the brands under its portfolio including Calvin Klein Collection, Calvin Klein Platinum, Calvin Klein, Calvin Klein Jeans and Calvin Klein Underwear. This year the campaign features a wide arraay of stars including surprise campaign star Grace Coddington. The iconic former Vogue creative director can be seen in her usual all black attire with the caption “I purr in my Calvins”. Just purrrrfect for the well-known cat lover. Coddington finds herself alongside a slew of icons, stars, musicians and soon to be A-listers.

The campaign was shot and captured on film by photographer and filmmaker Tyrone Lebon, who also shot Calvin Klein’s Spring 2016 advertising campaign. Expect intimate interviews with each of the campaign cast members as well as behind-the-scenes material and social media moments, of course. The focus, according to Calvin Klein’s chief marketing officer Melissa Goldie, is on digital storytelling. “Through our Fall 2016 global campaign, we push the boundaries of traditional advertising with our content and our cast,” said Goldie in a statement. “We are inviting the consumer into our world to experience personal storytelling that no other brand can offer them. Our approach is digital-first, video-led and socially powered, providing our audience with an authentic and intimate experience that they can consume and share.”

Lookout for the interviews with the campaign stars today as immersive coverage of the new campaign launches on ck.com for 24-hours with an integrated takeover on its site (www.ck.com/mycalvins). There will be over 50 videos, some of which will also include performances by the talent. Plus, throughout the Fall season the brand will regularly upload content and editorial stories surrounding each cast member for its digital magazine on ck.com and will even allow viewers access to the talents’ Spotify playlists. Here’s to hoping Grace Coddington has a playlist we can access!