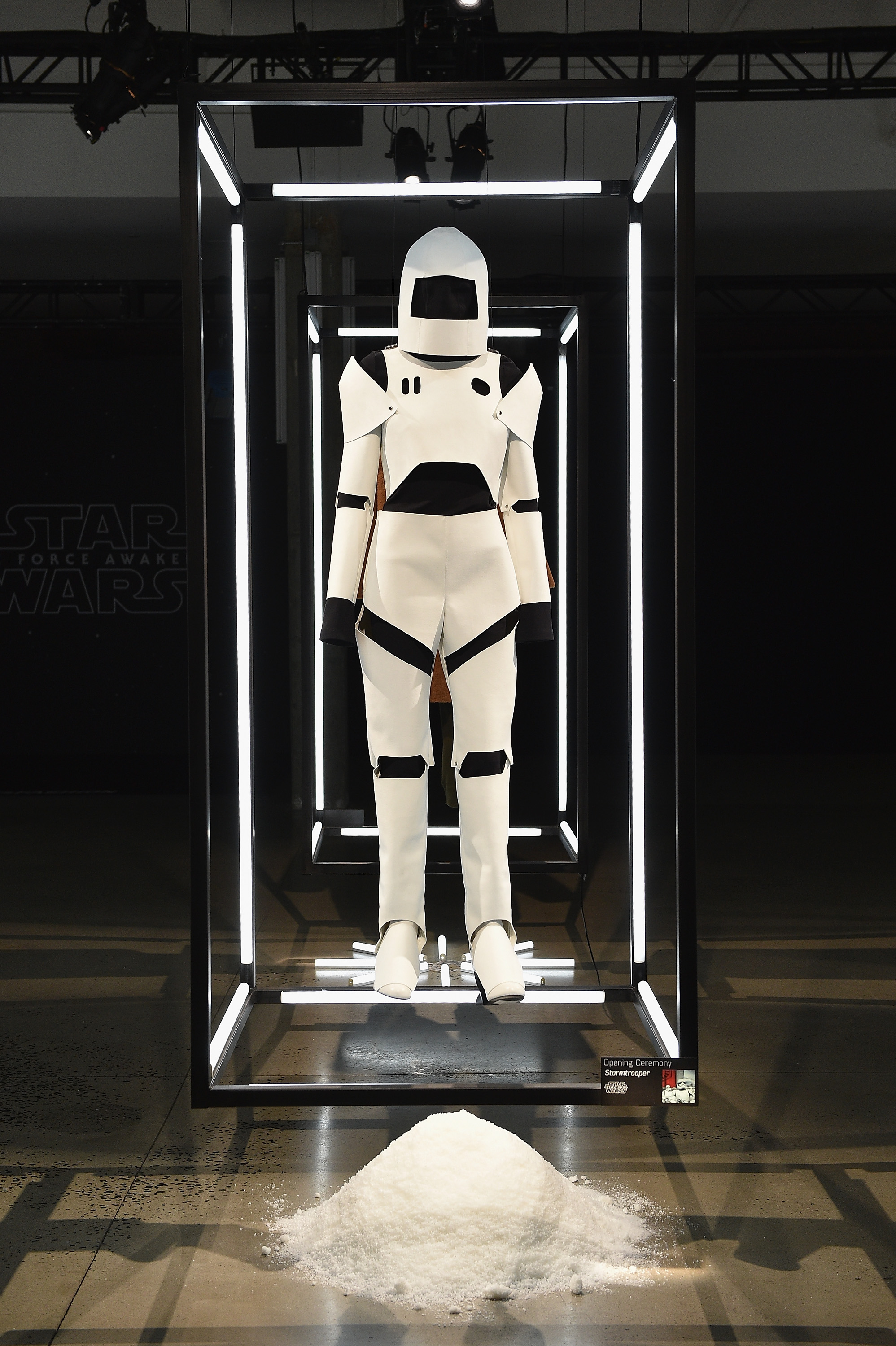 NEW YORK, NY - DECEMBER 02: Opening Ceremonys Star Wars-inspired look for the Force 4 Fashion Event on Dec. 2 at the Skylight Modern in NYC. Top designers showcased bespoke looks inspired by characters from Star Wars: The Force Awakens that will be auctioned off for Bloomingdales holiday charity. at Skylight Modern on December 2, 2015 in New York City. (Photo by Larry Busacca/Getty Images for Disney Consumer Products) 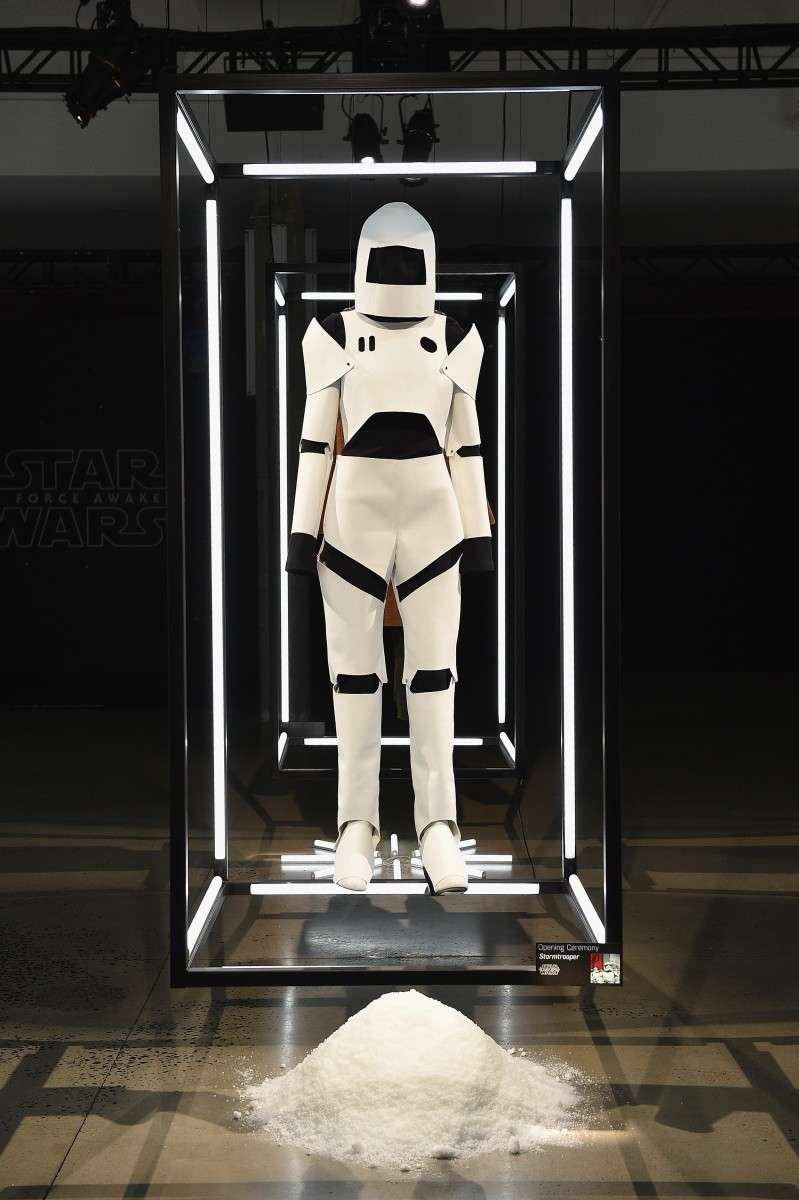 Last night, Lupita Nyong’o joined co-stars Daisy Ridley and John Boyega at an event at the Skylight Modern to toast the initiative. Today, the designs, which are being auctioned off for charity as part of Force for Fashion, are on futuristic view in the windows of Bloomingdale’s Third Ave flagship. If that’s not enough to excite fans of the iconic sci-fi flick, the film’s costume designer Michael Kaplan created a The Force Awakens Bloomingdale’s little brown bag (available in-store). All proceeds from the clothing and bags benefit the Child Mind Institute on behalf of Star Wars: Force for Change. May the force be with you…