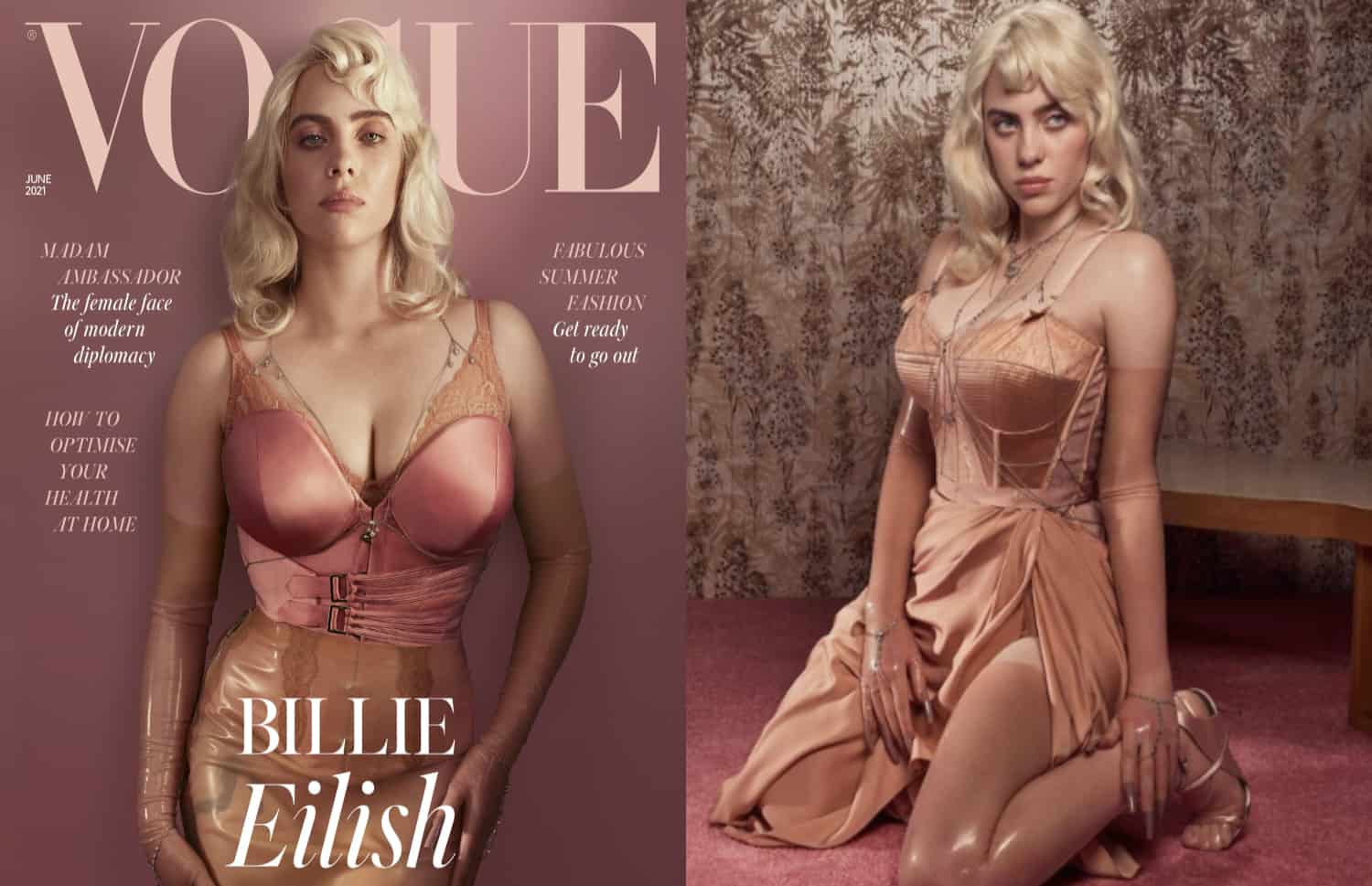 Billie Eilish isn’t just making records—she’s breaking them. The musician shared a photo of herself gracing the cover of British Vogue onto her personal Instagram account, which quickly gained one million likes in under six minutes, according to Cosmopolitan. This feat has made Eilish’s post the quickest to ever gain one million double taps—a world record!

The 19-year-old’s cover isn’t groundbreaking just for its impact on social media, however. The singer’s transformation for the issue features her as a platinum blond—a far cry from her signature black-and-green locks—in the type of figure-hugging pieces she’s previously shied away from. Exuding confidence and posing above an empowering pull quote from her interview—”It’s all about what makes you feel good”—it’s no wonder that the cover has been shared far and wide across social media.

The transformation brings to mind a similar revamp for Taylor Swift back in 2016, when she went bleach blond for American Vogue’s May 2016 issue. Five years later, Eilish is doing the same—trading in her signature baggy clothing and chunky sneaker-based looks for a new guise. Might we see her in a similar fashion for American Vogue’s September issue, just in time for the 2021 Met Gala (of which she is a co-chair)? Watch this space!