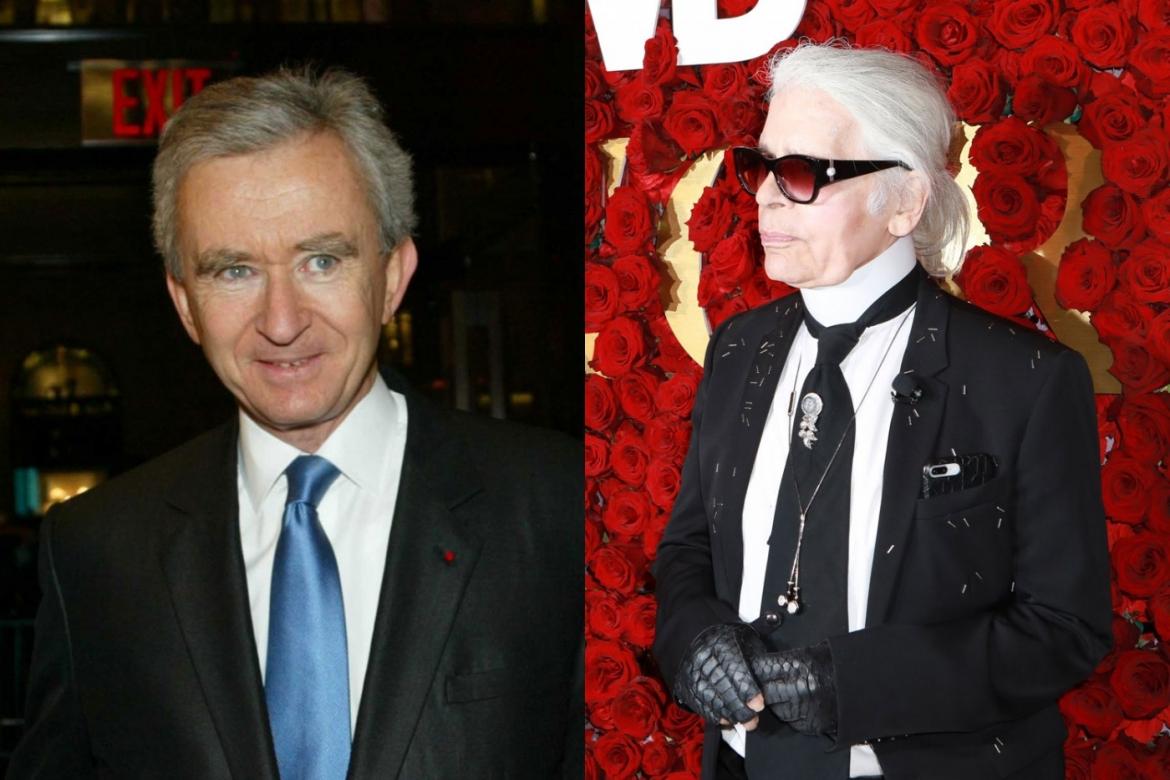 Bernard Arnault Dismisses Rumors of Chanel Acquisition as “Fake News” (WWD)
Bernard Arnault invoked a Trump-ism to dimiss rumors that his luxury firm was eyeing Chanel for an acquisition, calling the whispers “fake news”. The LVMH Moët Hennessy Louis Vuitton chairman and chief executive officier addressed the claims on Thursday during the company’s annual meeting in Paris. During a question and answer session, the executive was asked to comment on rumors that he had met with members of the Wertheimer family, who own Chanel, to discuss a potential sale. Arnault said: “Chanel is an outstanding business, but we are not in contact with them. I don’t know who told you that, but in my opinion, it’s fake news. There’s a lot of that around, you know.” Speculation regularly swirls regarding the privately-owned Chanel and whether it might be eventually sold but the reclusive billionaire brothers who own the luxury label, Alain and Gérard Wertheimer, have indicated no interest in unloading it.

Some Creeper Is Posing As An Agent To Lure Models To Fake Castings (Page Six)
The Lions Model Management took to their Twitter on Wednesday to warn models of a creepy imposter posing as a booker for their agency. “Someone has been sending out fraudulent emails to hold castings as a Lions agent. We do not hold open castings,” the agency wrote.

It has come to our attention that someone has been sending out fraudulent emails to hold castings as a lions agent. We do not hold open castings and all emails should end with @theliosny.com
if you receive anything from any other email this has not come from our company. Cheers!

The sleazy wannabe allegedly goes by “Curtis Allison” and emails women from a Yahoo address saying: “Do you want to be a model? . . . We are in search of new faces for the agency . . . If you feel you would be a good fit, please contact.”  Where’s @ShitModelMgmt when you need her?

Amy Schumer Was Proposed To While Wearing Ear Plugs and A Face Mask (Cosmopolitan)
Emily Ratajkowski isn’t the only one with an untraditional proposal tale to tell. Her “I Feel Pretty” co-star Amy Schumer revealed to Howard Stern on Tuesday that her now-hubby Chris Fischer woke her up to pop the question — she was wearing ear plugs and a night mask at the time. Also very on-brand, she said she took only three or four days to plan her February 13 wedding. She sent “invitations” to family and friends — including Jennifer Lawrence, Larry David, Chelsea Handler, and Jennifer Aniston — via text. “I’m getting married on Tuesday. I hope you can come,” she wrote.

Glossier Is Opening Up Shop In Los Angeles (WWD)
Glossier’s path towards world domination continues. News broke Thursday that the beauty brand will be opening it’s second permanent brick-and-mortar store, this one in Los Angeles. “Los Angeles is a huge market for us, and San Francisco — in a lot of California we have a lot of demand,” Glossier founder and chief executive officer Emily Weiss told WWD. If the company’s perpetually Instagrammed pop-ups are any indication, the Melrose Place store will do quite well. Weiss reported that the brand’s current San Francisco monthlong pop-up is seeing a Glossier product sold every 20 seconds on average. Get it girlboss! 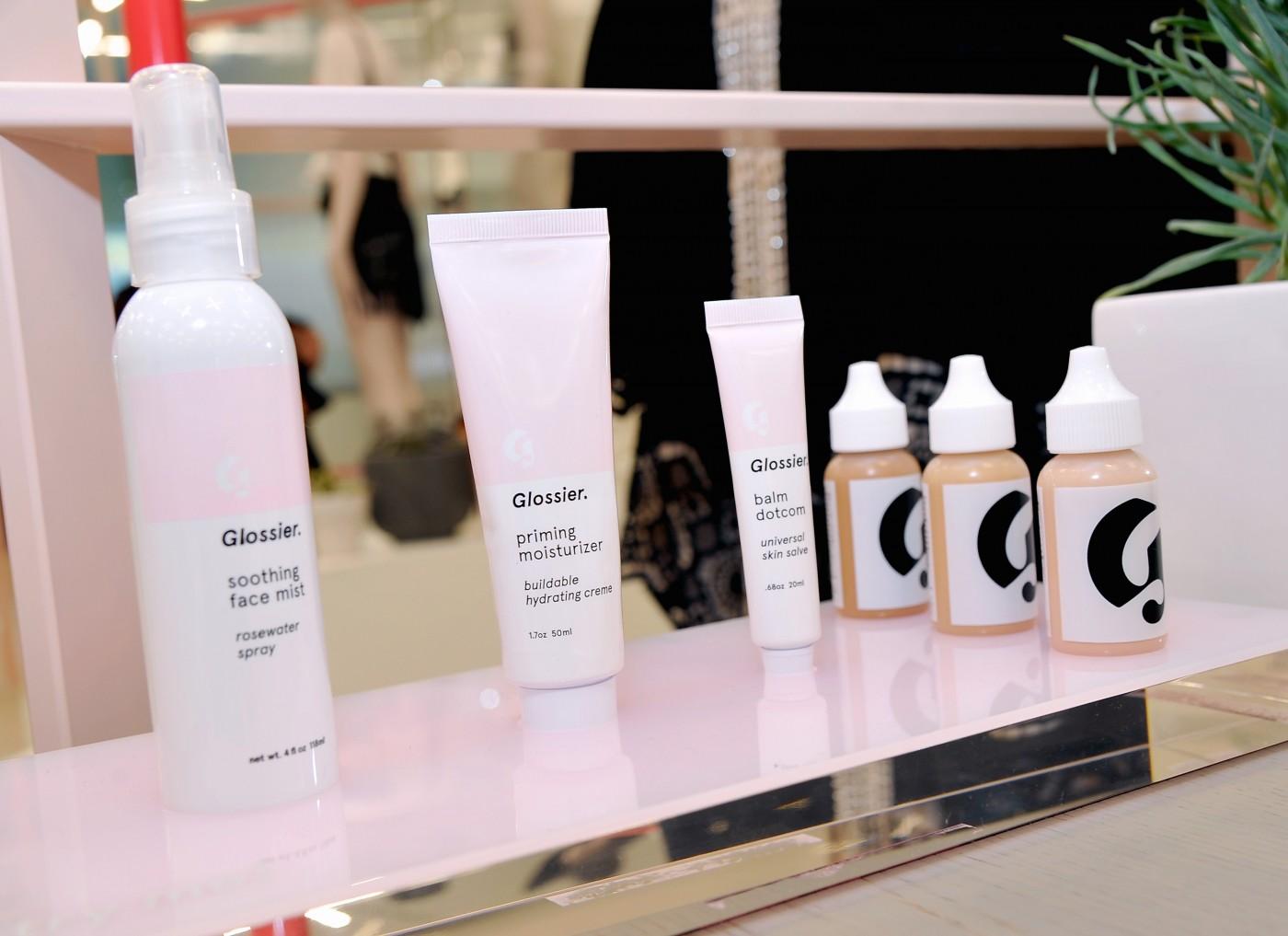 Leyna Bloom Is Campaigning To Become The First Trans Woman Of Color To Walk The VS Fashion Show
Trans model Leyna Bloom has already broken barriers having walked for Chromat and posed in an editorial for Vogue India.

But Bloom has her eyes set on the holy grail of runways: the Victoria’s Secret Fashion Show. The model took to Twitter to start a campaign to become the first trans model of color to walk the VS Show. She currently has over 95k likes and the number is climbing.

Kate Young: From Assisting Anna Wintour to Dressing Margot Robbie For the Oscars