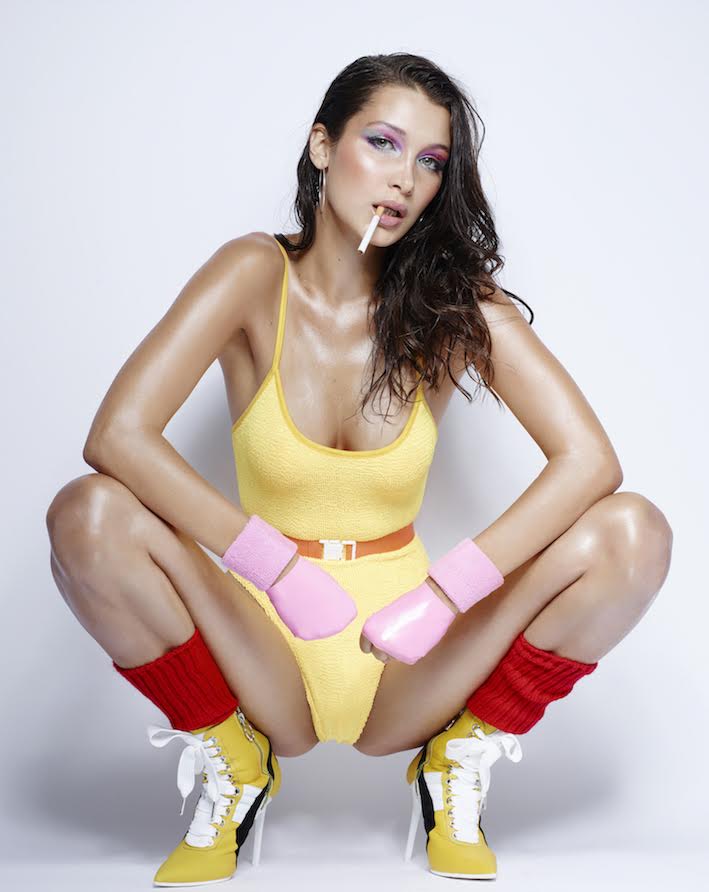 Bella Hadid is kicking off the holiday season right—yesterday, she made her Victoria’s Secret Fashion Show debut in Paris, and now she stars in Love‘s first video for its annual 2016 Advent Calendar, joining other top mods like Kendall Jenner, Joan Smalls, Sofia Richie, Elsa Hosk, Emrata, and Taylor Hill. In short, the vid—titled Aerobics—is all about abs, buns, thighs, and more abs, and shows Hadid working out, from weight-lifting to leg raises, while listening to music, smoking a cigarette, and eating a banana against a pastel-hued backdrop. (Models—they’re just like us!) Rankin directed the fiery vid, with styling by Victoria Young. This marks Hadid’s fourth outing for Love Advent—she first appeared in 2014, for which Daniel Jackson photographed her on a bed illuminated by the light of a flickering TV in a dark hotel room. The next year, she appeared on Day 14 of Love Advent in the role of Black Widow alongside Kelly Rohrbach and Stella Maxwell, shot by Gregory Harris for his movie Rolling Thunder. The following day, she posed as a suburban Wonder Woman, directed by Doug Inglish.

If You Could Own Any Piece of Art, What Would It Be? Part III