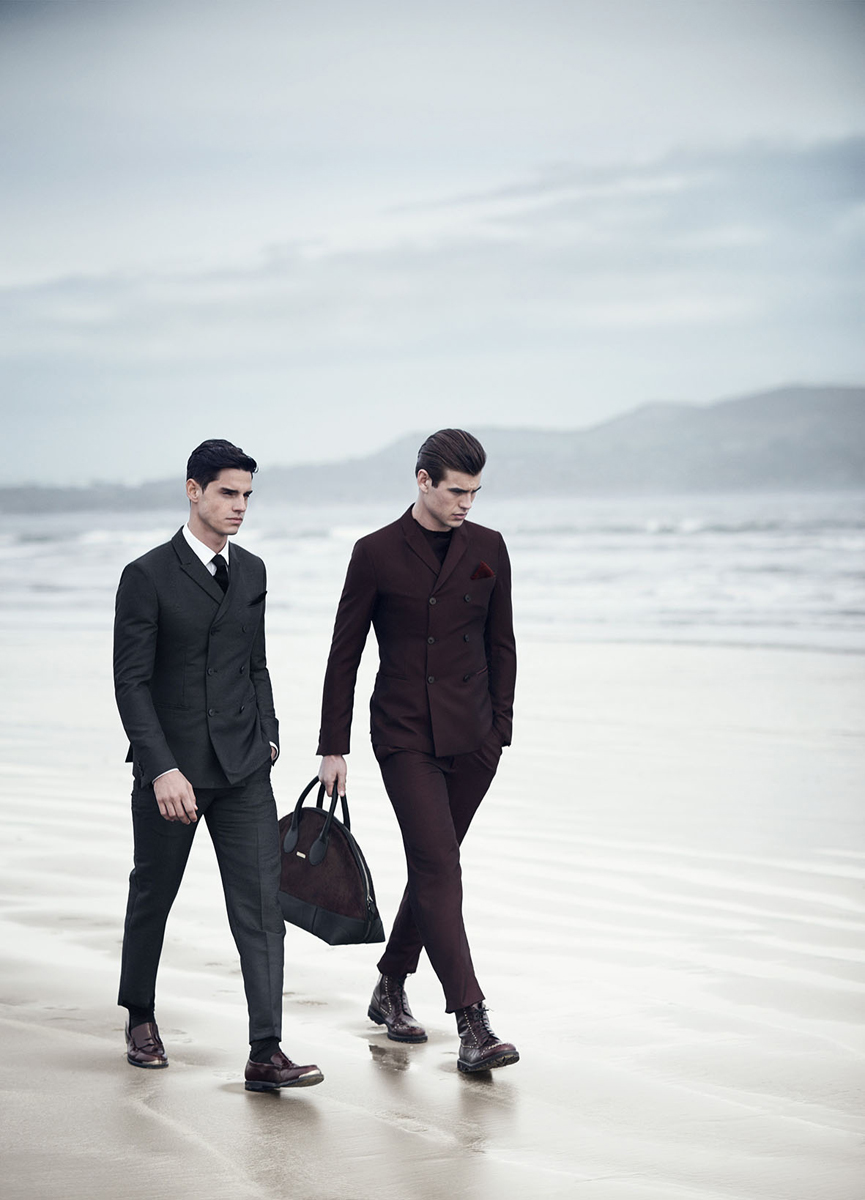 Armani, Armani, Armani! Today Giorgio Armani released their Fall 2014 campaign shot by Sølve Sundsbø and set to debut internationally this month. The men’s and women’s campaign stars mod Marikka Juhler and George Alsford and was shot in London. Meanwhile Emporio Armani visited Ireland at Dollymount Strand for their Fall campaign starring Amra Cerkezovic, Benthe De Vries, Alex Wilms, and Matt Trethe also set to launch this month. They turned to relative newcomer Boo George (not to be confused with Boy George) to shoot their moody trip to the beach.

The brand has also recently partnered with Liberty United to create a bracelet made from recycled illegal guns and bullets to support gun control, and 20 percent of proceeds from every sale will go to non-profit organization that work against gun violence. Armani Exchange is also donating $1 for every tweet or Instagram that uses the hashtag #OpenArms.